Longines offers up a special tribute. 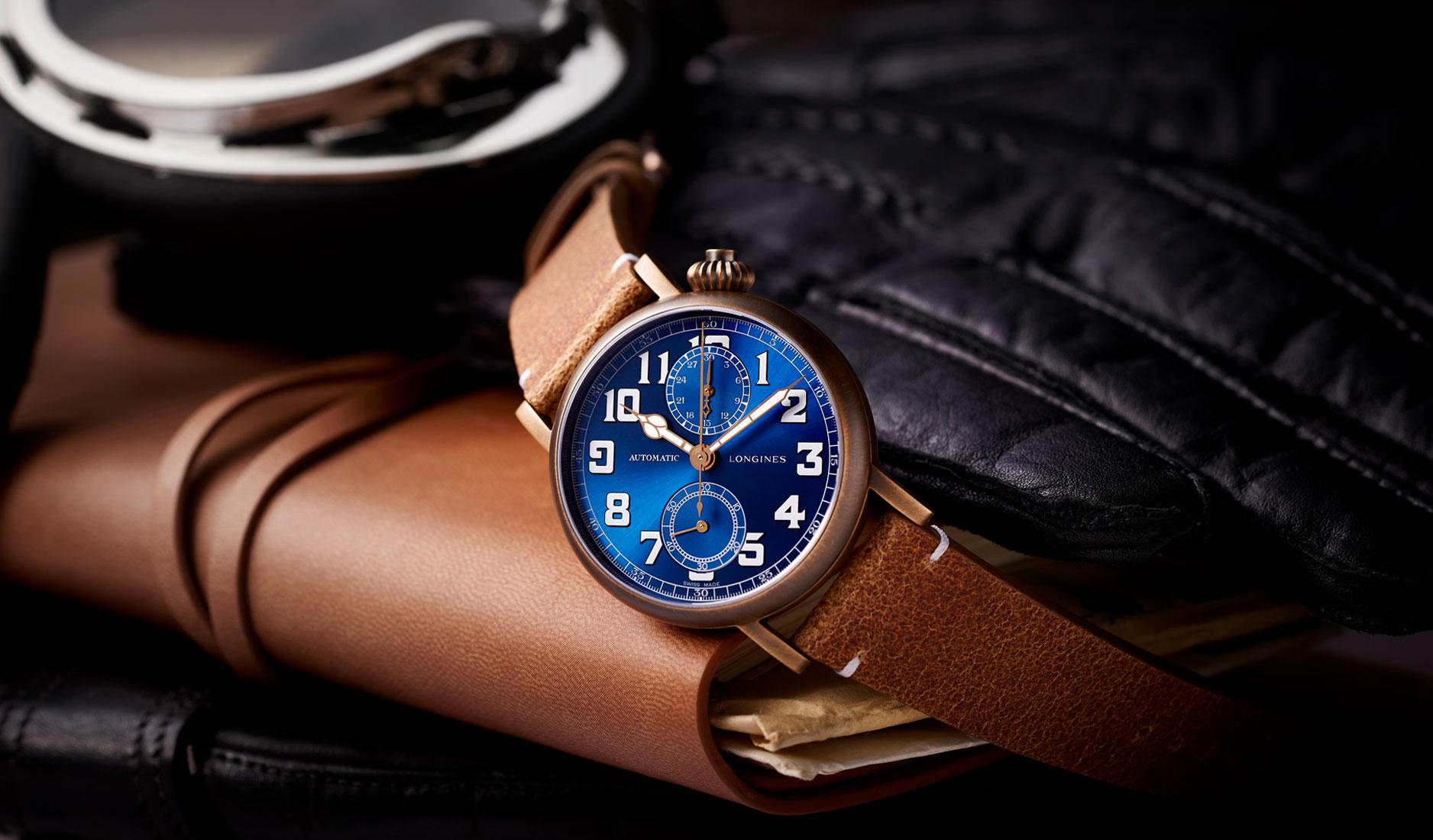 To celebrate the 40th anniversary of The Hour Glass, Longines has unveiled two limited edition timepieces, paying tribute not just to the long partnership between the brands, but also to Longines’ links to the world of aviation.

As early as 1919, Longines was the official supplier for the International Aeronautical Federation, a non-profit organisation that certifies world records in the field of aviation. It also developed navigational tools for adventurers and pilots and, in 1935, produced a timepiece for the American army that would come to be the inspiration for its Avigation Watch Type A-7 relaunch in 2012 and, later, the Avigation Watch Type A-7 1935 in 2017. 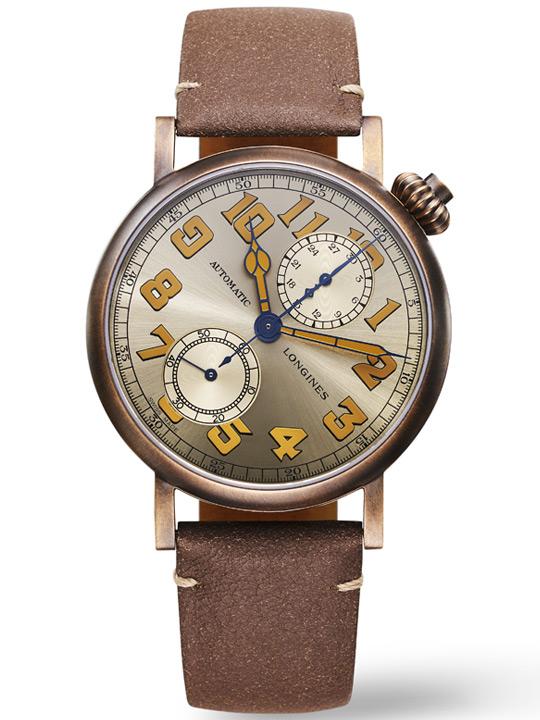 This year, Longines brings back the Avigation Watch Type A-7 1935 in two versions—one in blue sunray and the other in champagne sunray. Both are housed in a 41mm bronze case, imbuing a vintage charm and a sense of nostalgia for the golden age of flying. Cathedral hands, reminiscent of military watches back in the day, add throwback appeal.

Powering the watches is the Calibre L788.2, based on the A08.L11 specially designed for Longines by ETA. Like its predecessors, this column wheel chronograph runs on a monopusher located at the crown above 12 o’clock. Handy for pilots wearing thick gloves, but also extremely convenient for the regular wearer. 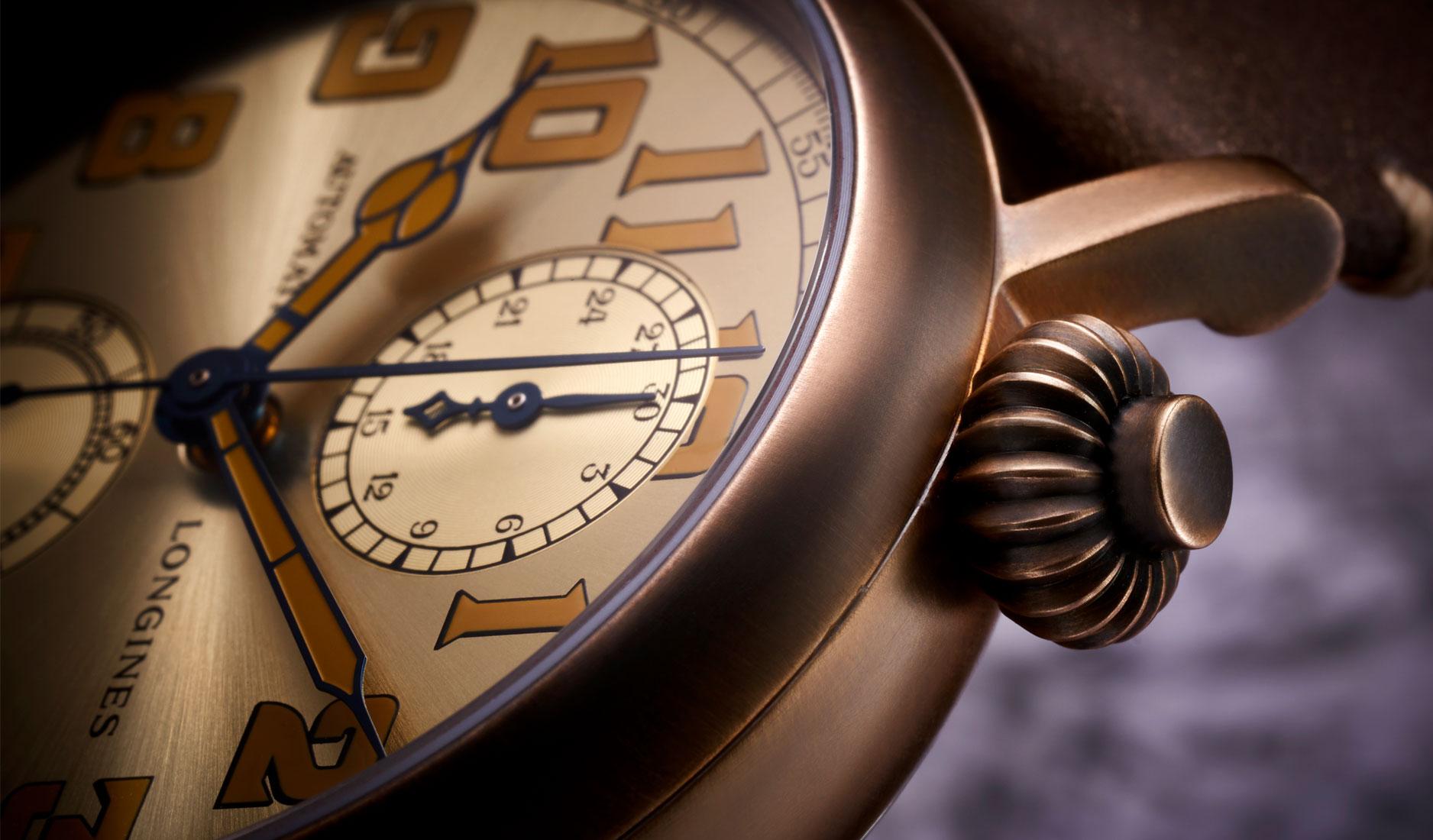 The most obvious feature of the Avigation Watch Type A-7 1935 is its skewed dial, angled at precisely 40 degrees to the right. For its original purpose, it made perfect sense since that meant pilots could read the time easily without taking their hands off the controls. Today, though, its design can be transposed to those who drive on the roads. Even if you neither drive nor fly a plane, the quirkiness of the dial could prove a helpful conversation starter, useful at awkward dinner parties. 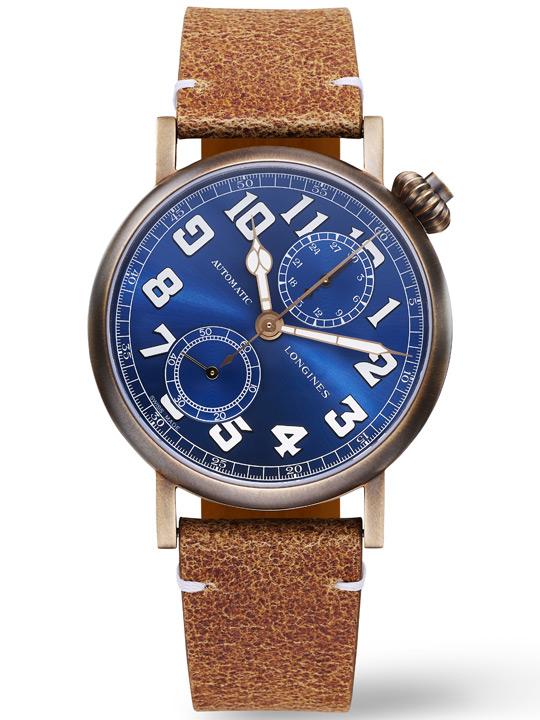 Of the two models, the one with the blue dial is definitely more striking. Offering a vibrant pop of colour against the brown calf leather strap, this is the one to get if you’re after a conspicuous companion on the wrist. However, the one we’re leaning towards is the champagne sunray version, which, while more muted, seems to fit the retro narrative better. Paired with blued steel hands and painted amber numerals, the watch is an old-world delight that collectors would enjoy.