A Weekend With The Longines Legend Diver: Part Two

Navigating all occasions with Longines. 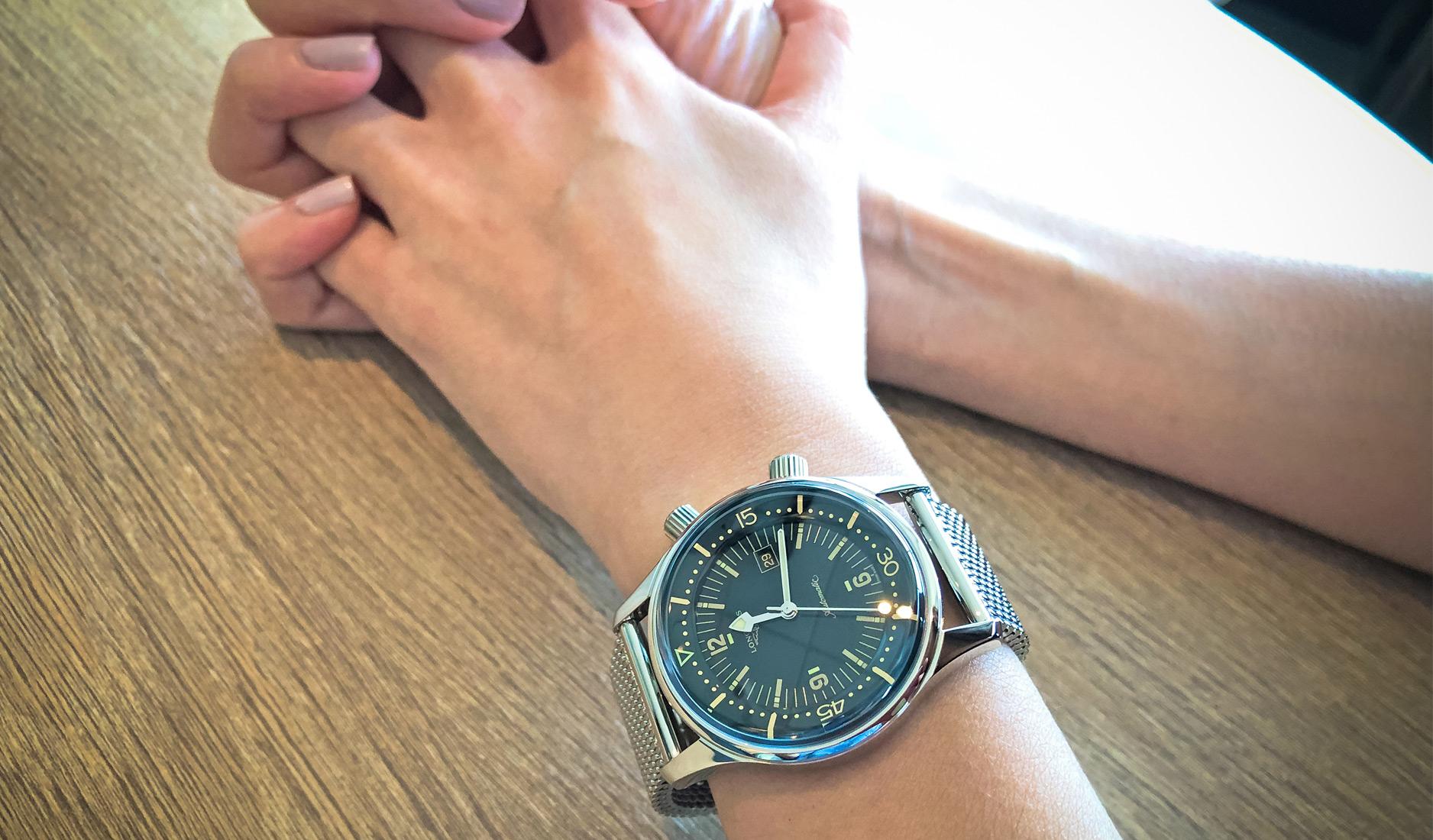 Full disclosure: when I was handed the new Longines Legend Diver 36mm for a test drive a couple of weeks back, I had already stopped wearing wristwatches for a while, except when I'm out for meetings. I know what you’re thinking: “A watch editor who doesn't wear watches? Unfathomable!” But yes, #truestory. There were a number of reasons for this, of course, one of which is the fact that I don’t like the weight on my wrist as I’m typing, so I always take my watch off at work. One thing led to another and soon, I started wearing watches less at my work desk.

That said, I was happy to have the Longines Legend Diver accompany me on a recent trip to Taipei. A bustling city at the height of summer, with plenty to see and do, made it the perfect playground for this new Longines release.

While the Legend Diver isn’t new per se, it’s the first time the brand has given it a 36mm case—I feel your joy, fellow slim-wristed watch enthusiasts—with nothing compromised inside. Running on the automatic Calibre L592 with 40 hours of power reserve, the Legend Diver is water-resistant to 300m and equipped with two crowns—the one at two o’clock adjusts the internal bi-directional rotating bezel while the one at four o’clock is for the time and date.

Based on a 1960s dive watch, the Legend Diver certainly has a vintage vibe about it, from the font and beige colour of the indexes to the domed sapphire crystal (a personal favourite). At first glance, it’s a looker. But how would it perform under different conditions and activities? I was about to find out.

Up, Up And Away!
My flight to Taipei was so early I hauled my sleepy self into a cab for the airport before the sun was up. Through the whole journey and the lugging around of my suitcase, I barely even noticed I was wearing a watch. 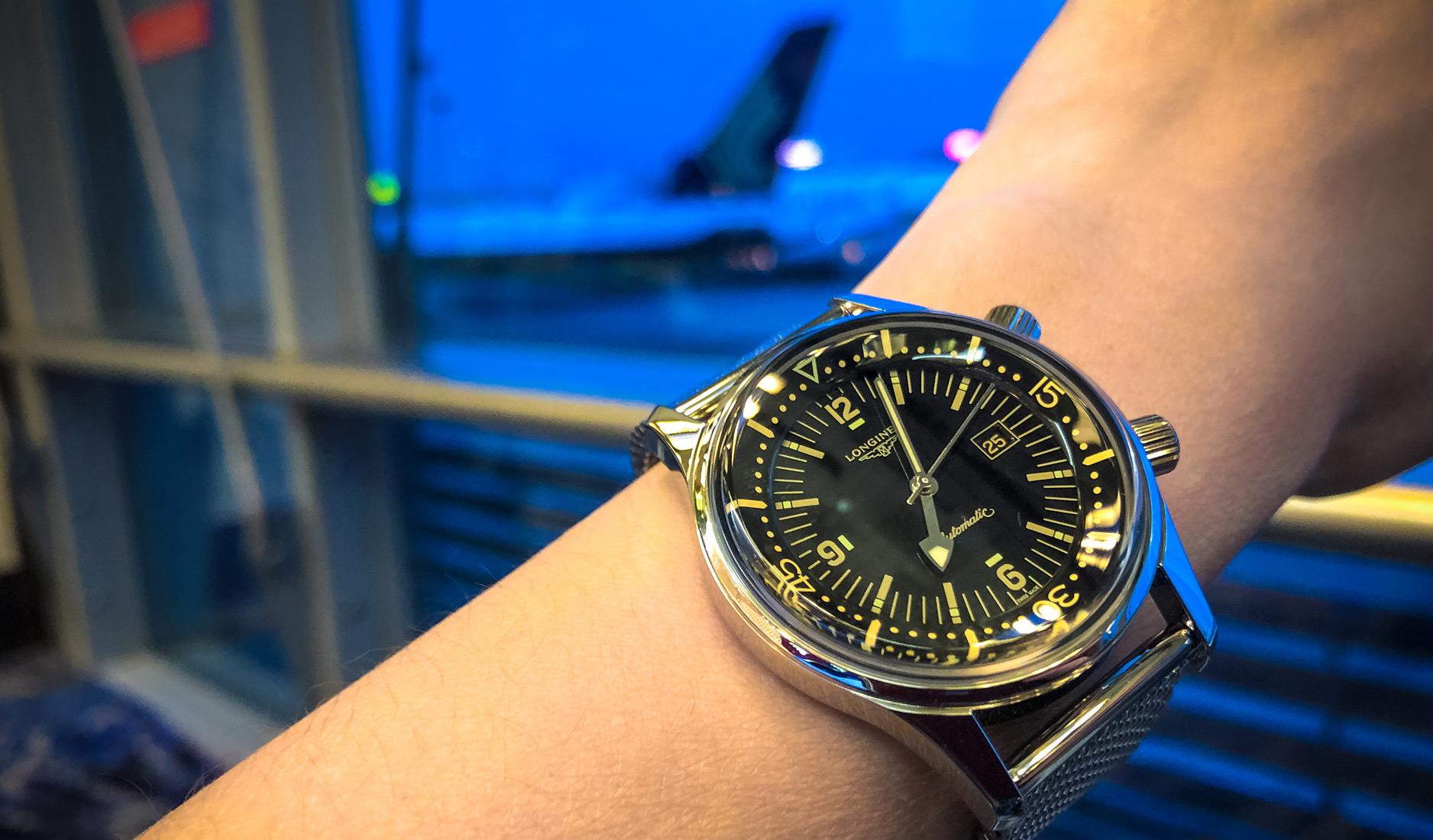 Now, given I haven’t been accustomed to something on my wrist for a while, this was a little surprising to me. More surprising was that the watch is stainless steel and not titanium (which would have accounted for the perceived lightness). In fact, I only remembered I was wearing it while waiting to board the plane.

Strolling About
Like any seasoned (okay, greedy) traveller to Taipei, my first stop after the hotel was anywhere with Taipei’s famous beef noodles. At three o’clock in the afternoon, the sun was scorching and it was hot and muggy out. I had expected the watch to feel uncomfortable on my wrist since, by now, I was perspiring (read: sticky) and hadn’t yet had the chance to shower. 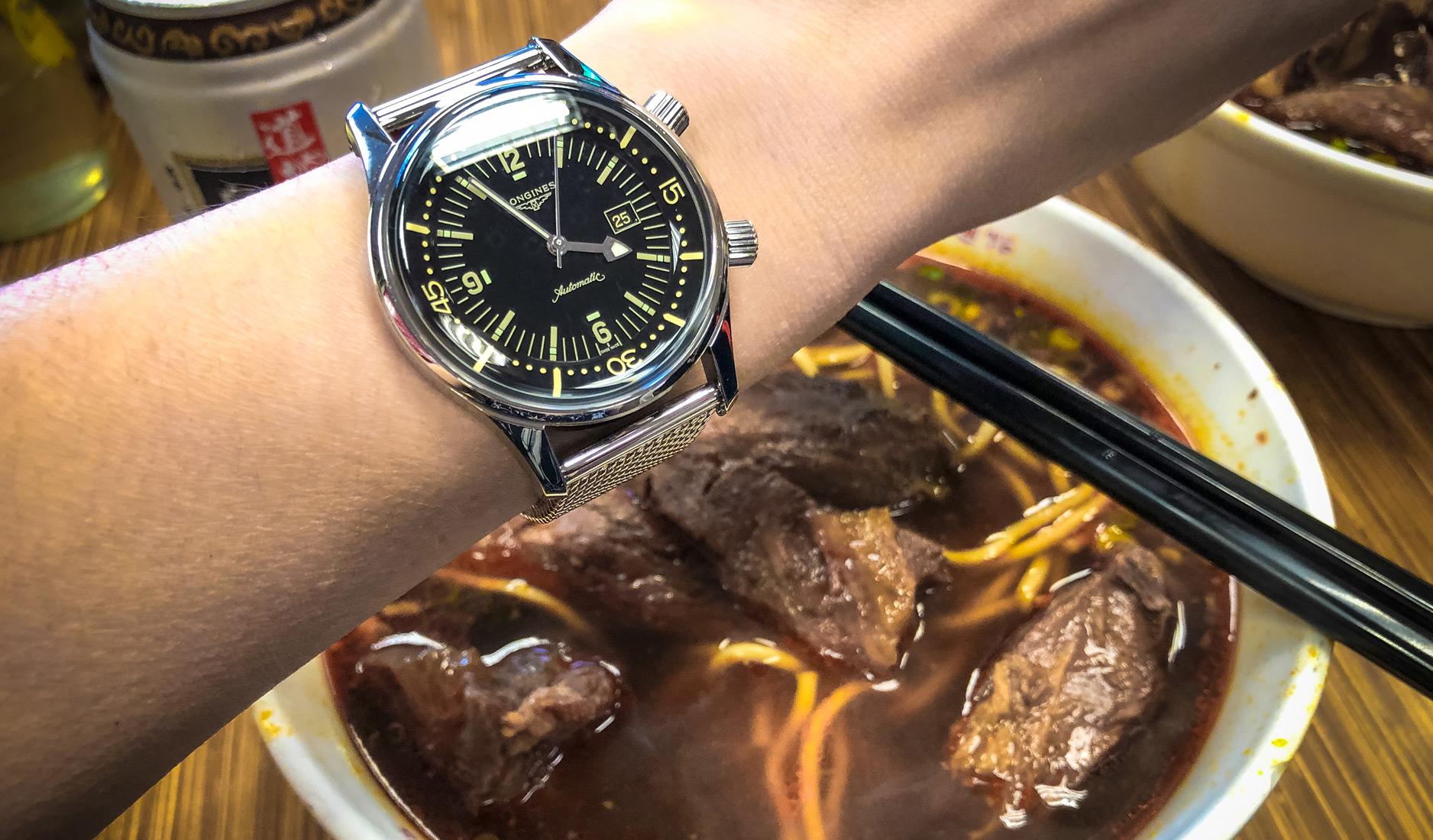 The good news was, the watch survived the heat and didn’t stick to me like a clingy ex. It also helped that I wore it slightly loose so it wasn’t stifling. In humid climes, the steel bracelet is definitely a cool (both in terms of temperature and style) option. Having satiated my ravenous appetite, I was off to the famous bookstore, Eslite, to… enjoy the air-conditioning, of course. 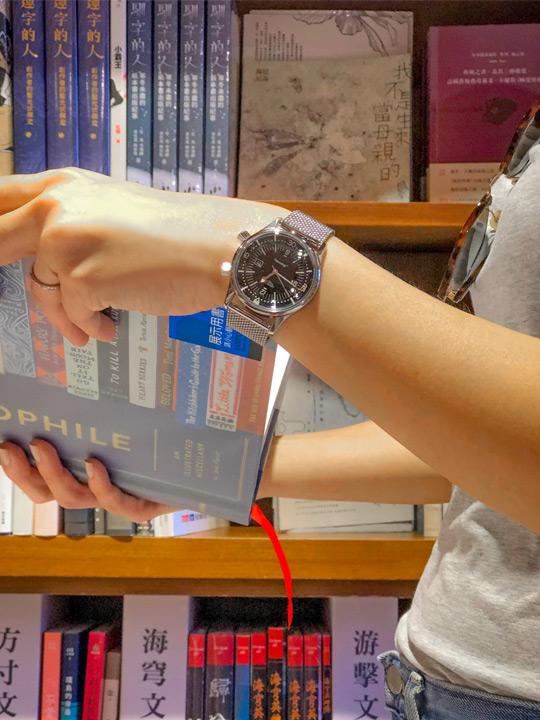 Cocktail Hour
Sartorially, it has to be said I found the Legend Diver incredibly versatile. Whether I was dressed down in jeans and sneakers or scrubbed up in a cocktail dress, the watch blended in nicely to suit the ensemble. 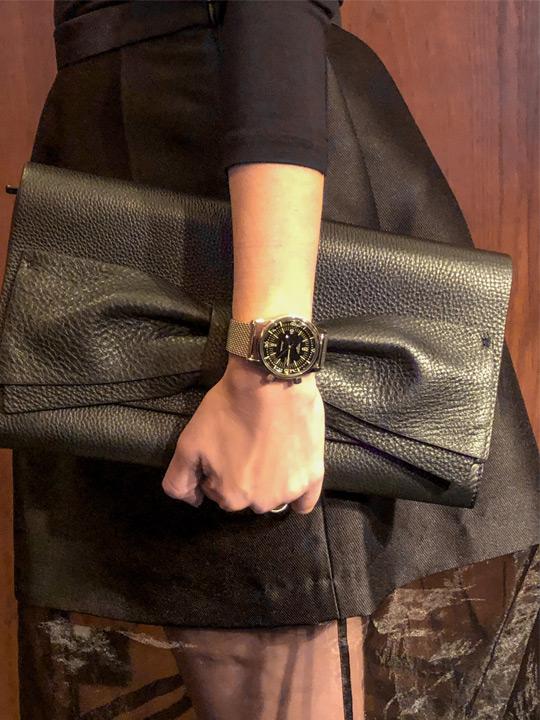 I had initially worried it might be too rugged for a sophisticated soiree, but the Milanese bracelet helped up its elegance quotient. You can also see the lume on the minute hand and tip of the hour hand, helpful as I had to keep an eye on the time while meandering through the crowd in the dim light. 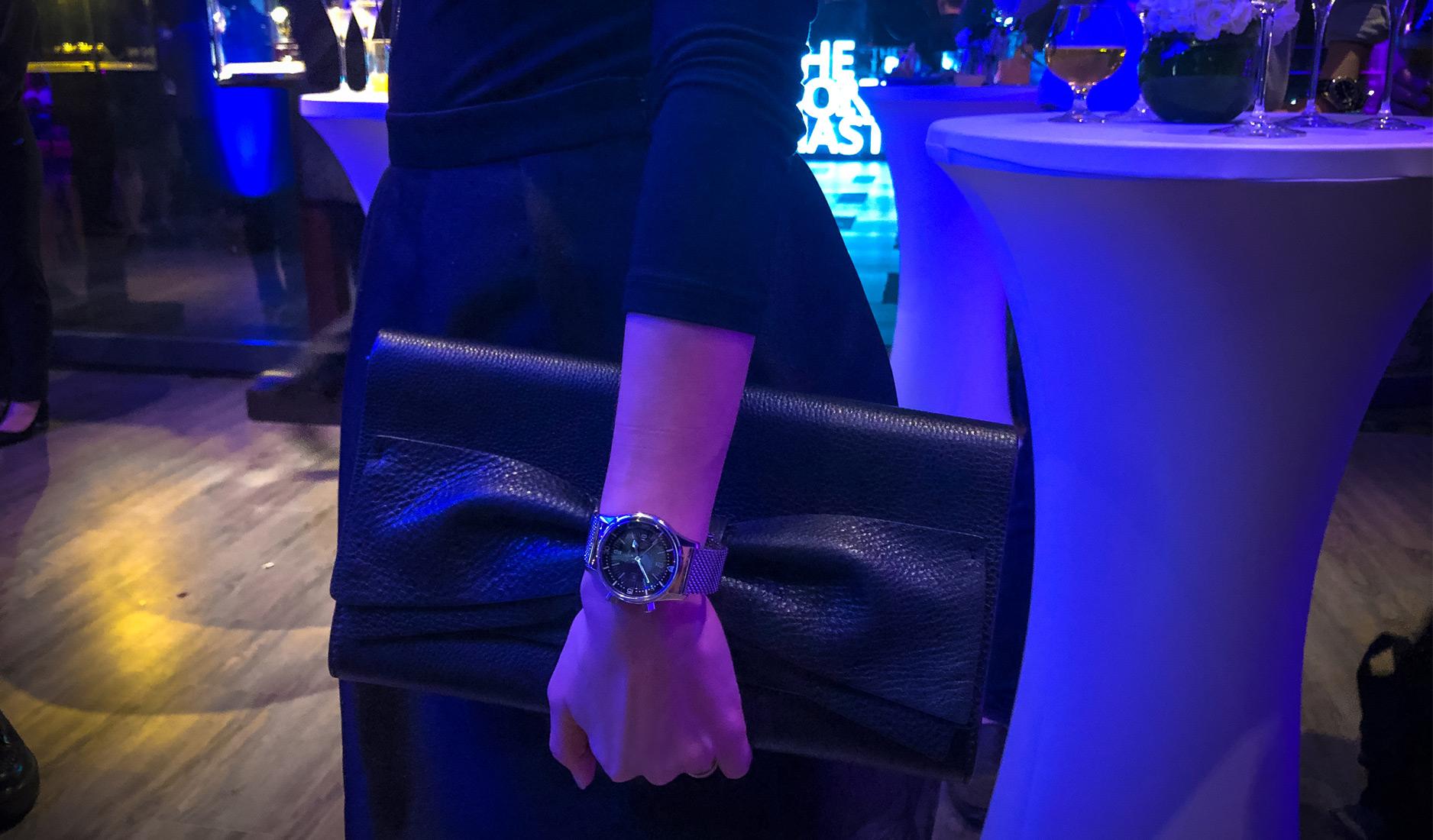 Personally Speaking
Prior to this watch, I had never liked Milanese bracelets. For some reason, they always reminded me of Italian mobsters (maybe it’s the word ‘Milanese’?) and I just didn’t like the aesthetic. Having worn the Legend Diver on a Milanese bracelet (it’s also available in a leather strap), I can’t say I’m now a fan but I’m definitely more open to the style. 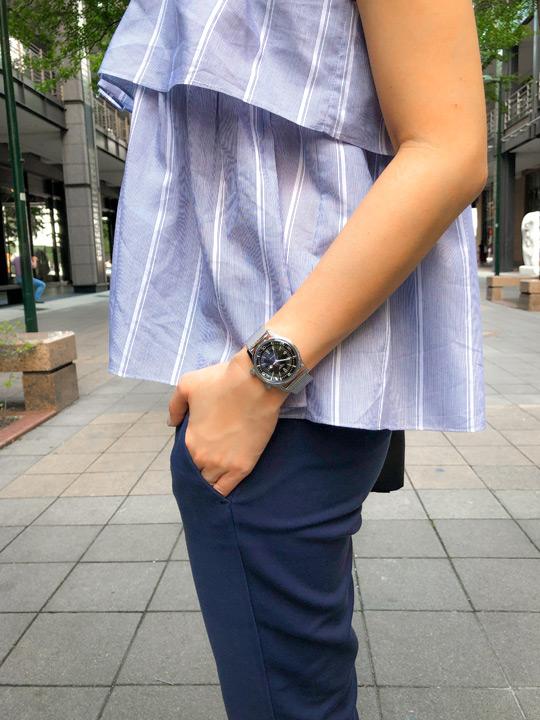 However, one of the most significant things that happened while I had the Legend Diver was that it absolutely made me miss wearing a watch—something I had not expected when I first took the watch home. Granted, it helped I didn’t have to spend any time typing on my keyboard while wearing it, but I really enjoyed having it on my wrist. Who knows, I might just start wearing watches again soon.

Check out how the Longines Legend Diver 42mm fared in our test drive here.