A Weekend With The Longines Legend Diver: Part One

Working up a sweat and an appetite with Longines. 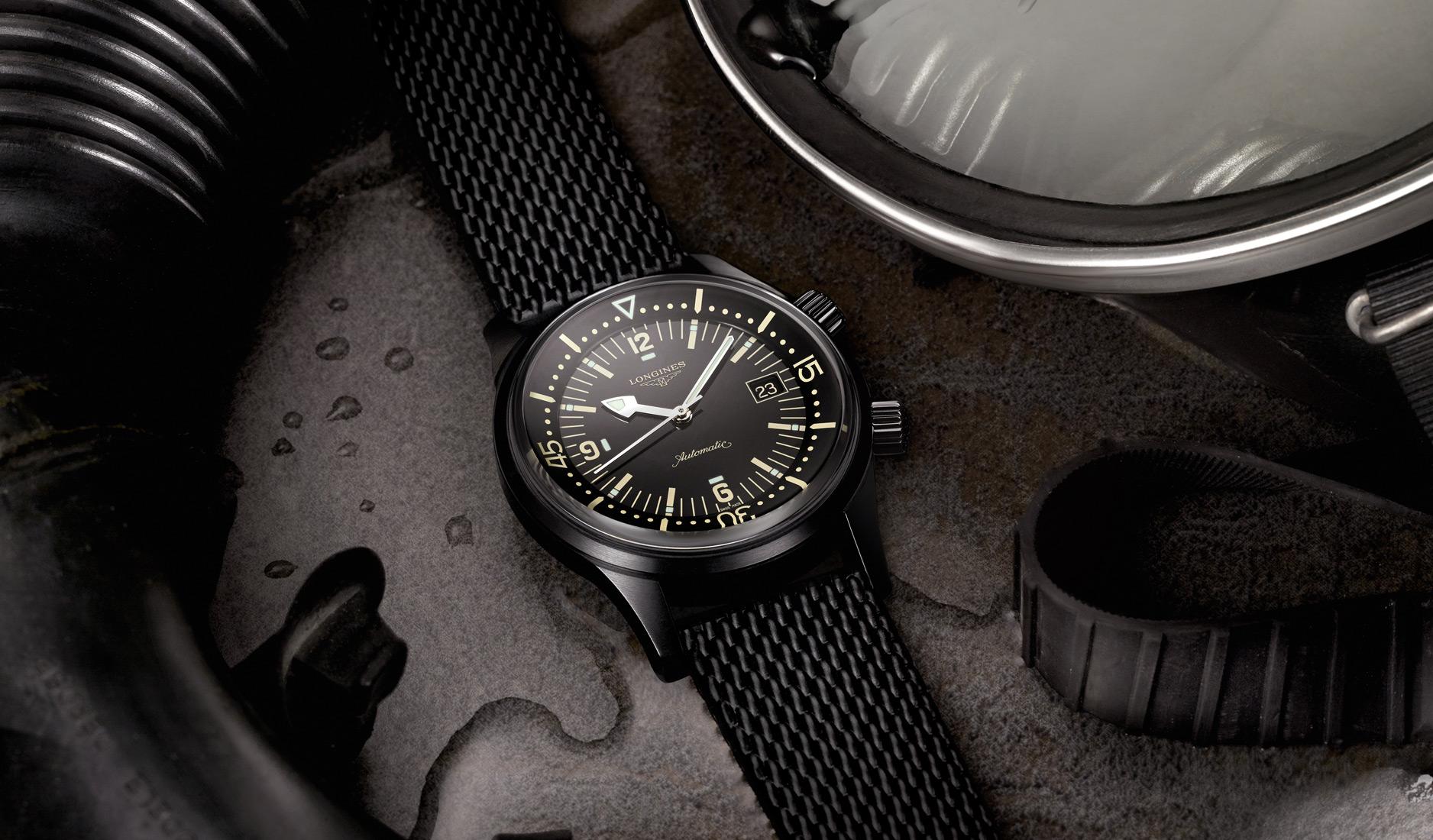 As far as nostalgia-inspired dive watches go, the Longines Legend Diver straddles both the style and performance with ease – though it must be said that, for yours truly, it was easier to put the former through the paces, having never donned a wetsuit in my life.

Channeling 1960s military watch designs, the Longines Legend Diver flaunts a charming combination of pared-down dressiness and dynamic athleticism. Meantime, the watch’s dive-readiness is assured by way of features like high legibility, screw-down crowns (one for time-setting and another for the inner rotating bezel to compute remaining dive time), and most importantly, 300m water resistance. Sheathed in black PVD steel, the watch is complemented by a Milanese patterned black rubber strap, which adds to its tool watch disposition.

Although a dive expedition wasn’t going to be on the cards for my weekend the Longines Legend Diver, I was determined to get the watch out and expose it to the elements a little (you know, just to see how its sports cred holds up). Though admittedly, the toughest tests the Longines Legend Diver had to undergo was to ensure I looked appropriately rugged yet relaxed for a very ravenous weekend.

SATURDAY MORNING WORKOUT
This was the only time the Longines Legend Diver was under any sort of physical duress which, to be honest, wasn’t all that punishing. 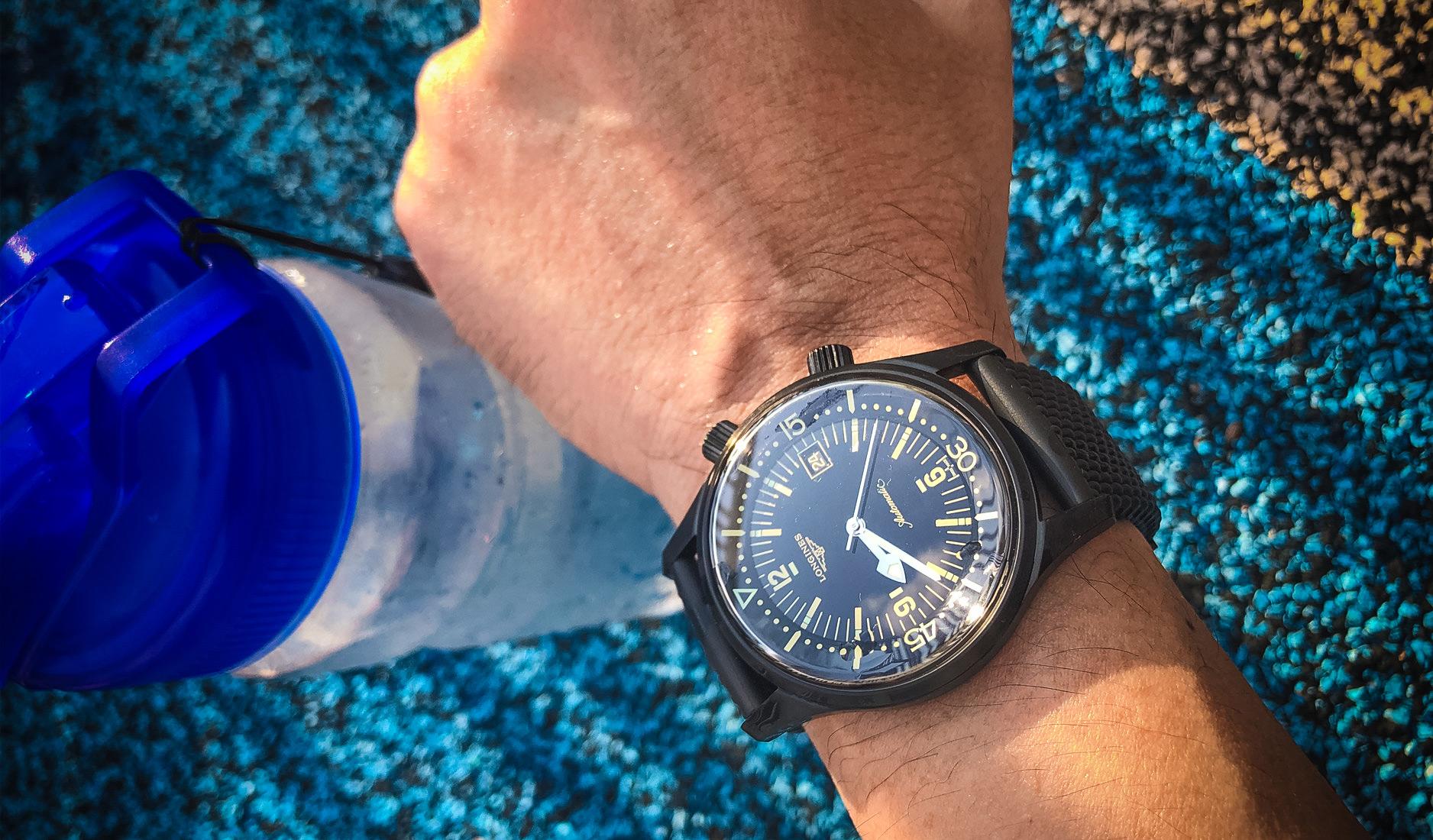 Strapped to my left wrist for a 50-minute workout at the playground, the watch’s retro-inspired military look, accentuated by a black PVD-coated case with old-style radium-hued hands and markers, was on-point, albeit a tad too stylish (if that’s ever a bad thing).

What I really wanted to test out though, was its comfort and how the rubber strap coped with perspiration. Verdict? The 42mm watch, despite looking imposing on a small wrist, never got in the way of the exercises. The bigger test was the sweat as I’m known to turn liquid after a workout. 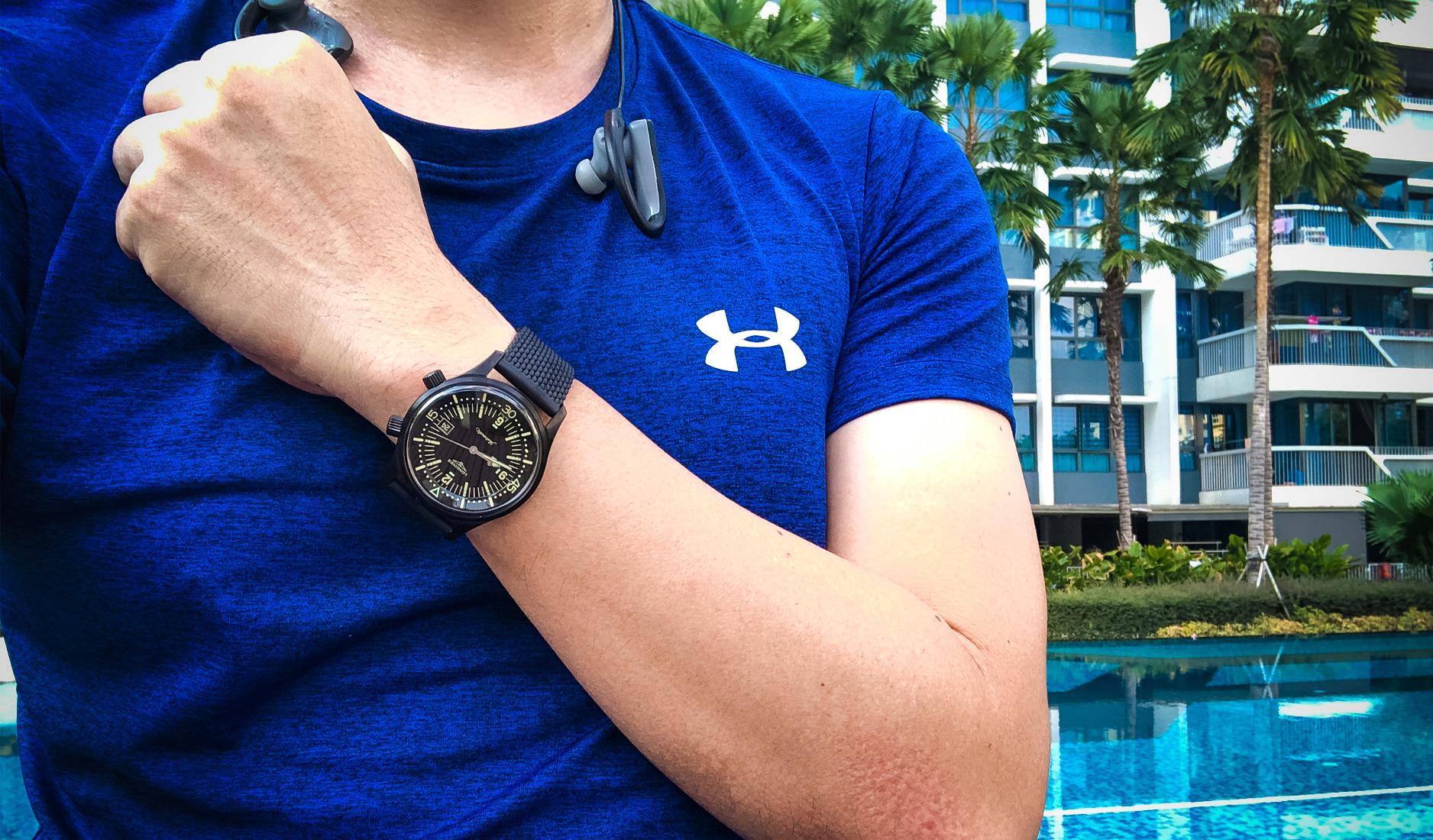 But that, too, turned out to be a non-issue. The watch never felt icky or uncomfortable, and it wore like a top-rated sports watch worth as advertised. Gave the Longines Legend Diver a good rinse under the sink – it’s a dive watch after all – left it out to dry and soon it was ready to head out with panache.

VINTAGE MOTOR CAR SHOW
I decided to investigate the brand’s ‘Elegance Is An Attitude’ tagline by seeing how the watch would’ve lived up to those words when matched with a casual polo-shirt and berms combo the following day. 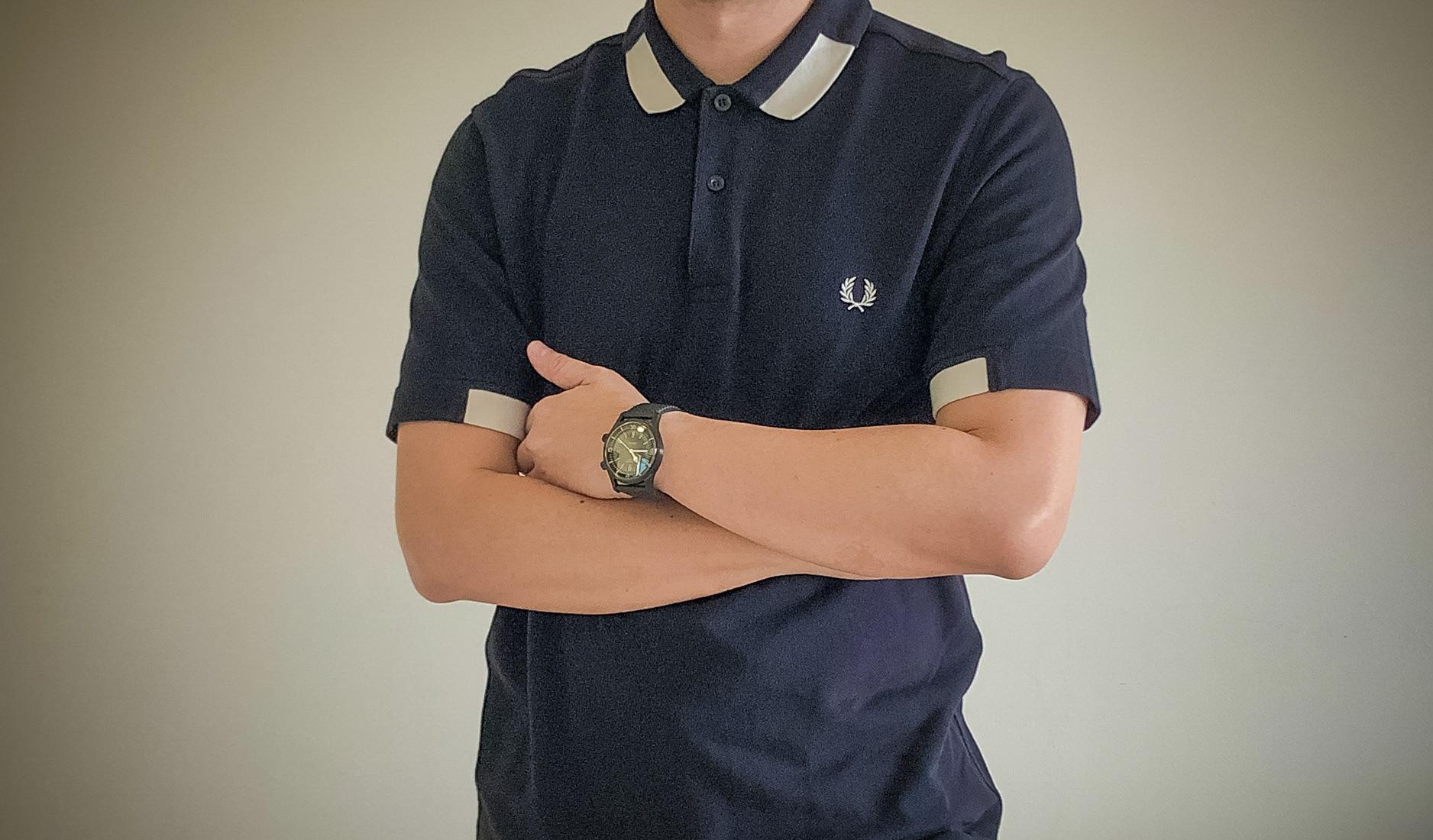 In fact, one could easily picture a linen-suited, moccasin-shod dandy from back in the day sporting the watch and driving one of those cars. 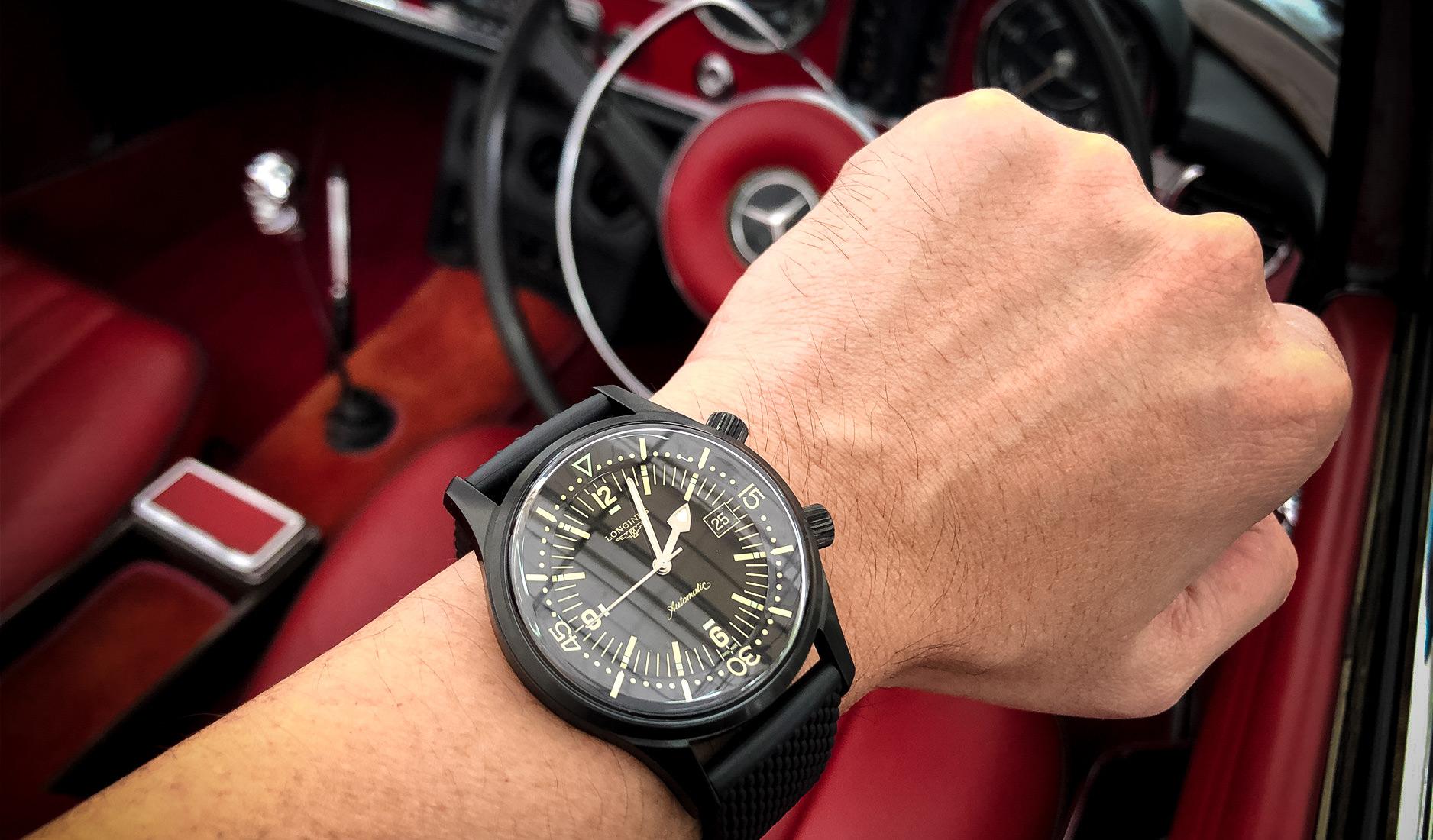 But was it a sartorial success for me? I’ll leave the verdict to you guys. After all, it could well be me – and not the watch – that is the weak link.

SUNDAY BARBEQUE
The measure of success for any NWA (that’s ‘New Watch Alert’ for non-watch geeks) is whether someone else would spot the timepiece in question. That happened with the Longines Legend Diver at a lazy, boozy barbeque lunch after the car show, also at Dempsey Hill. 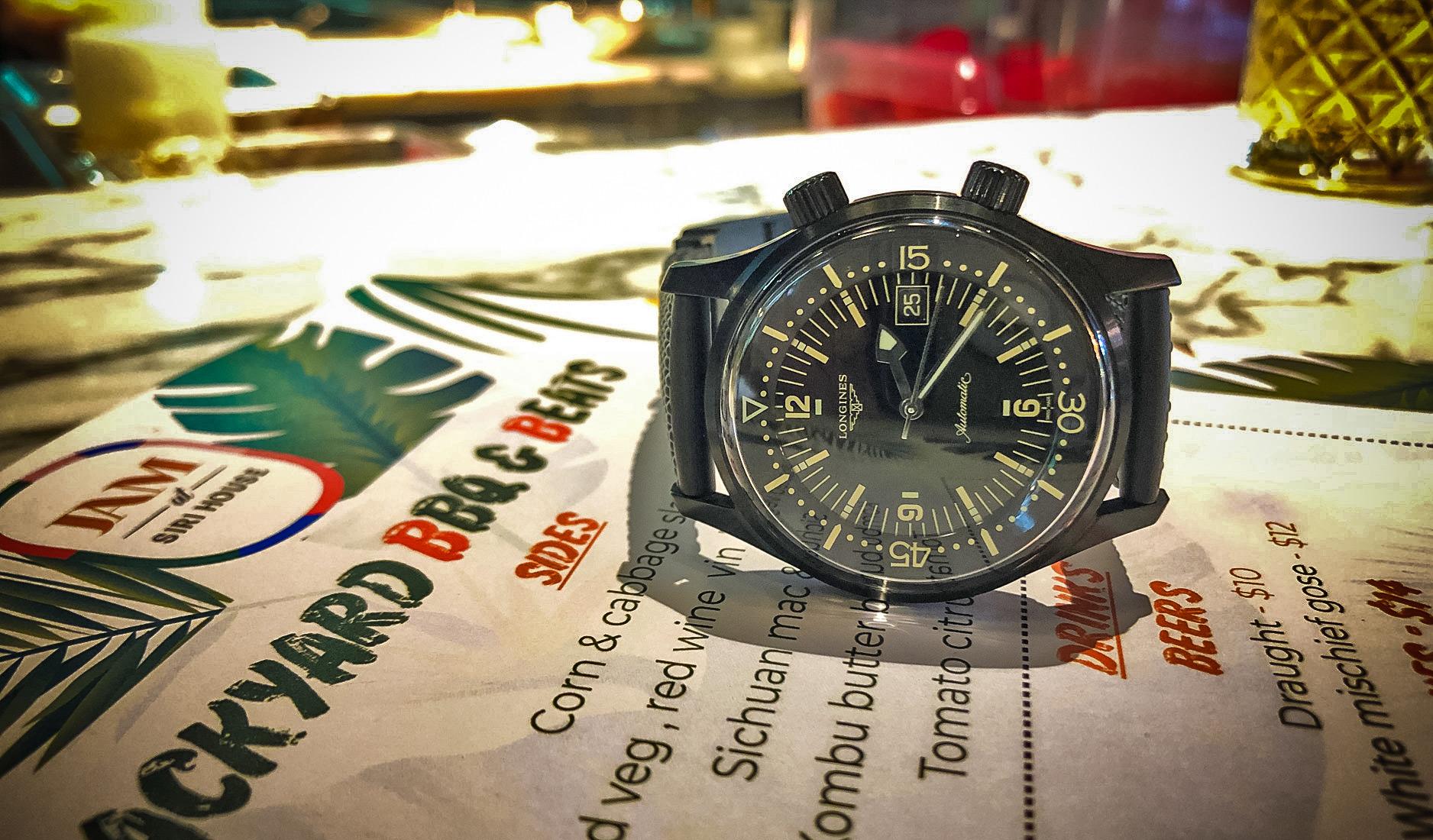 The restaurant, a rather uppity establishment with plush but eclectic interiors and elevated homespun-style menu, was decidedly casual that afternoon with the barbeque-themed menu. Though one could draw parallels between the casually lush vibe and that of the Longines Legend Diver’s, that would be too contrived (though it must be said that the watch looked right at home in that environment). But back to the watch spotting. A friend noticed the raven-hued beast and asked to check it out. After inspecting it for several minutes, he gave a four-word review that would undoubtedly please the watch’s creators. “Not bad, quite cool,” he said. I smiled back in agreement.

Click here to find out how the Legend Diver 36mm fared in our test drive.