Boucheron may not boast the horological cachet of traditional watchmaking houses, but the legendary Parisian jeweller sure knows how to raise its profile where it matters. 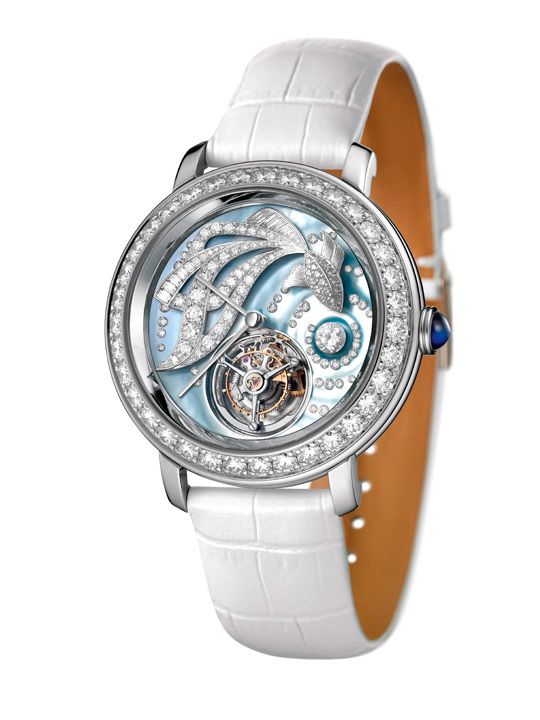 Having collaborated with highly regarded independent brands like MB&F and Richard Mille, Boucheron launched its first high complication watch, the Epure, a tourbillon for men, with Girard-Perregaux-based movement. This year’s creation showcases a flying tourbillon from boutique movement maker MHC. Leveraging on its mastery of jewellery crafts, the watch features a sculpted, bejwelled fish motif in white gold against a blue mother-of-pearl dial atop the tourbillon.