Another twist to this Jaquet Droz chronograph. 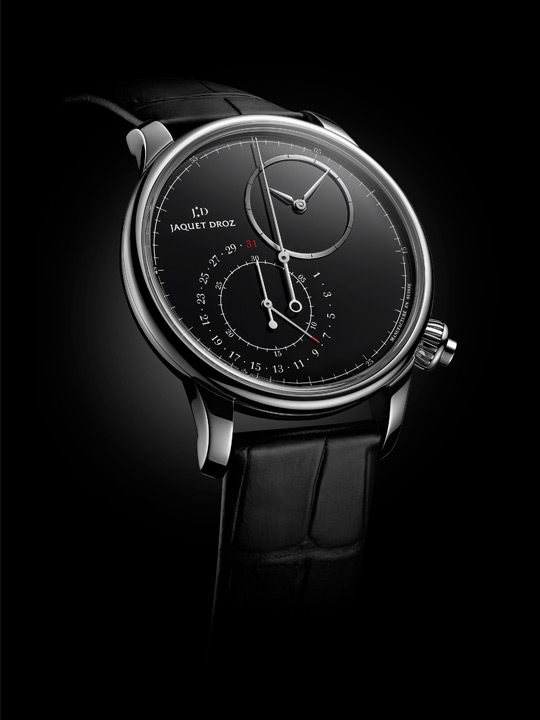 When Jaquet Droz finally introduced a monopusher chronograph to the iconic Grande Seconde collection, the brand did so by rolling out two versions. The first featured the Grande Seconde’s trademark figure of ‘8’ layout: a smaller sub-dial at 12 o’clock for the time, and a larger one at the bottom displaying the retrograde date and 30-minute totaliser. The second version, while also boasting the same complication and configuration, came with a winsome twist. The entire movement, dial and crown were set at an angle, presenting an off-centred layout that altogether changed the watch’s dynamics. It was, as Jaquet Droz CEO Christian Lattmann described, “a young Grande Seconde.” 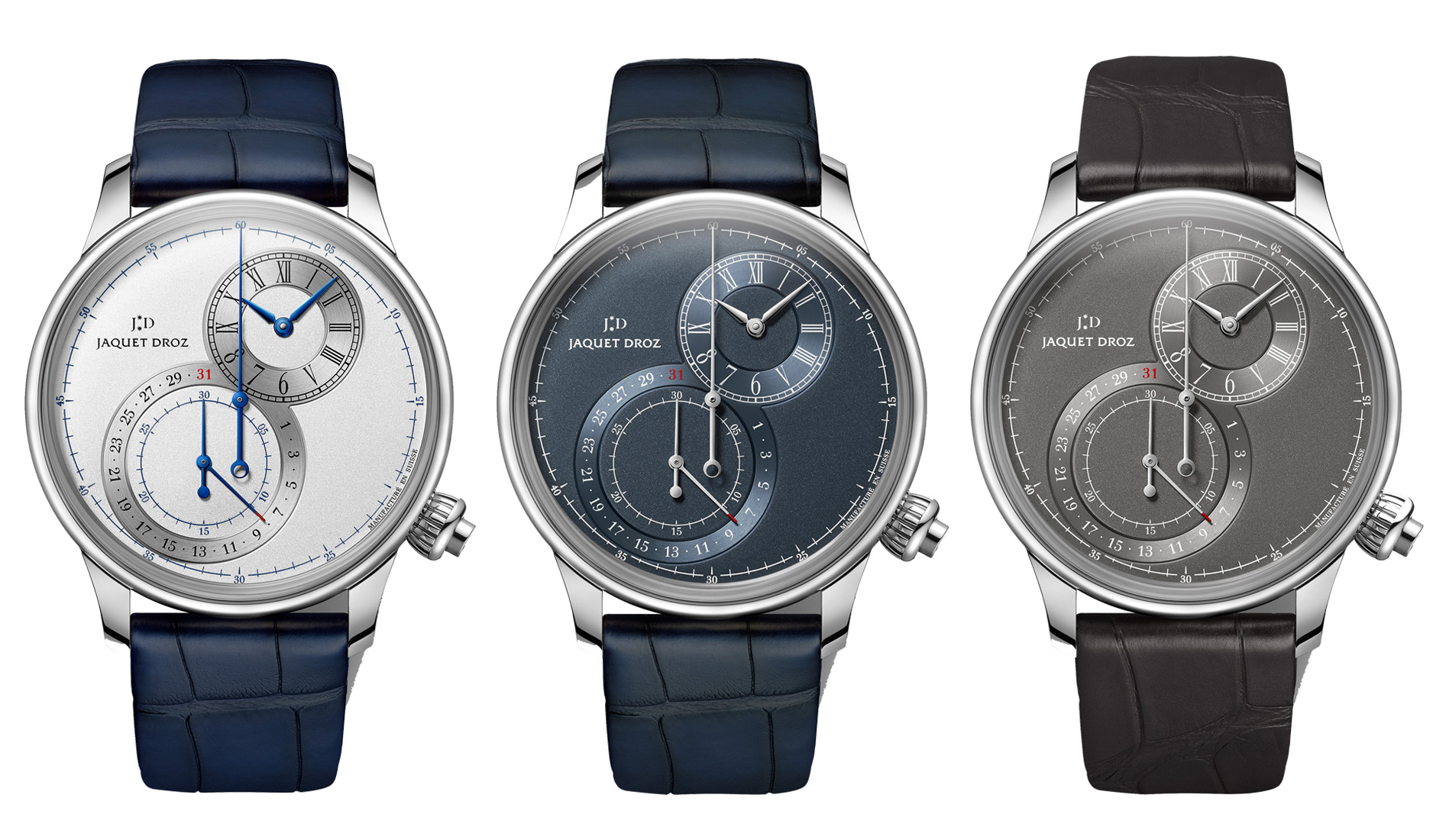 This year, the ‘young’ Grande Seconde Off-Centered Chronograph appears to have grown up quite a bit. Where the 2019 models in grey, blue or silver dials with hand-sandblasted and satin-finished decoration emanated a certain youthful sophistication, the 2020 version is big on black-tie poise. 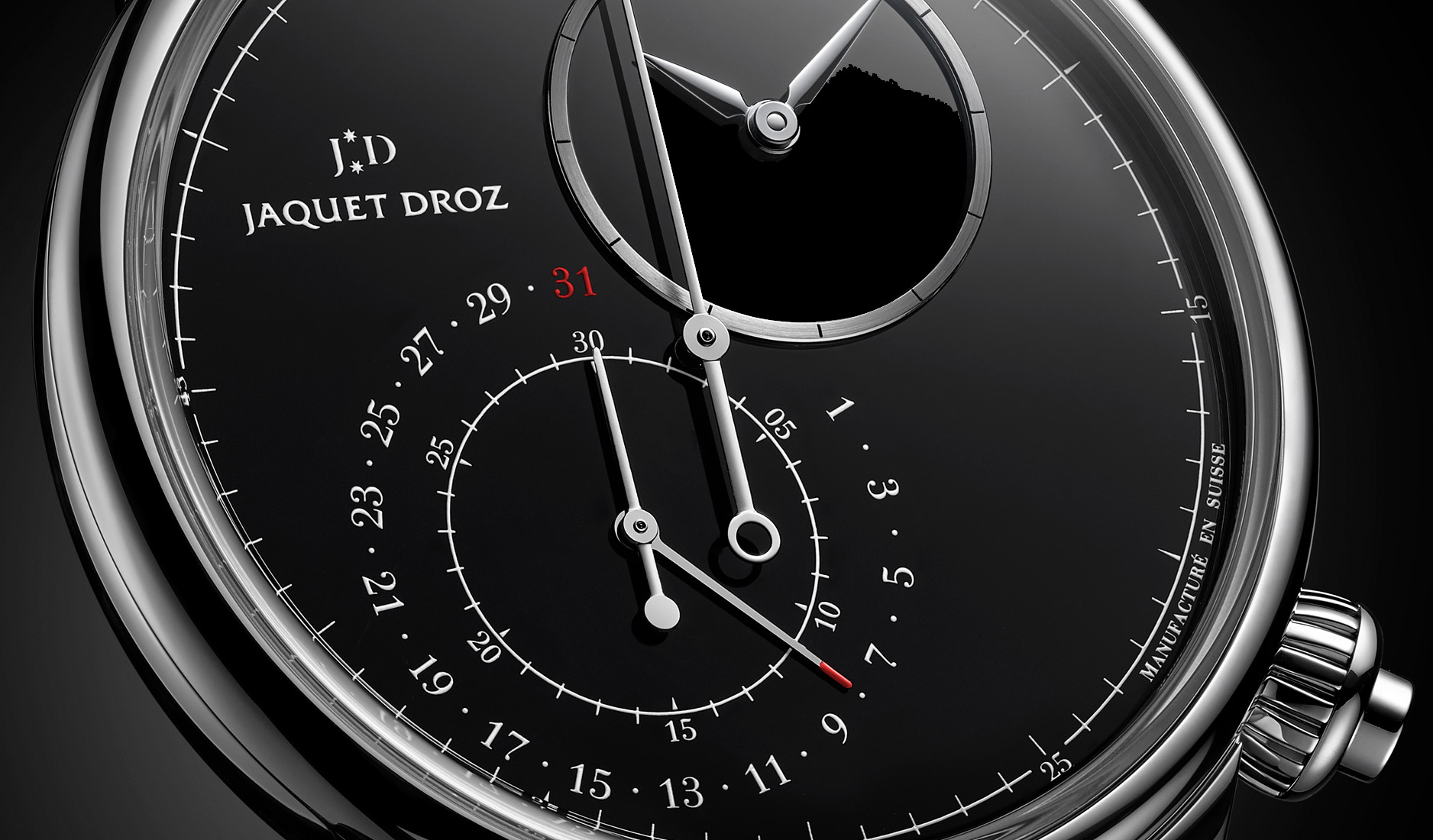 To ensure maximum contrast and legibility on the onyx dial, white gold applique and mirror polish finishing are lavished on the chapter ring of the time-telling sub-dial, and hour and minute hands, respectively. Elsewhere, hints of blood-red on the ‘31’ date numeral and tip of the date indicator complete the watch’s sleek and sexy disposition.

Like its other Off-Centered chronograph brethren, the onyx version comes in a 43mm stainless steel case. Inside, we have the Jaquet Droz 26M5R automatic monopusher chronograph movement with central chronograph hand, column wheel, vertical clutch and silicon balance spring. Armed with a single barrel, the movement promises 40 hours of power reserve on a full wind. 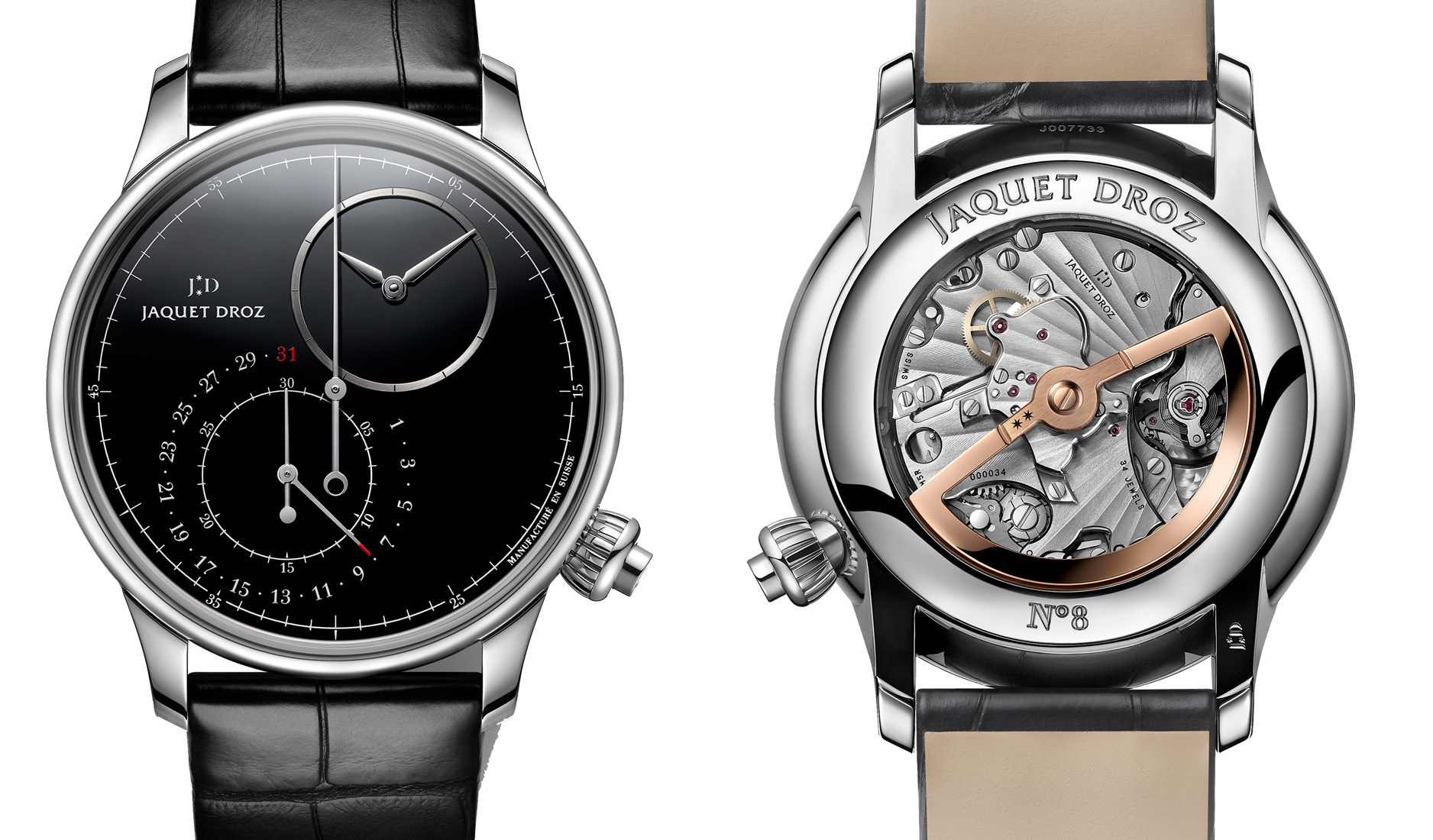 We imagine Jaquet Droz must have mused over a ‘standard’ or off-centred display for a new monopusher chronograph roll-up. While the former would have further cemented the collection’s signature look and old-world elegance, this off-centred variant nails it by amplifying the line’s beloved sophistication and new-found dynamism in equal measure.