An intoxicating option from Jaeger-LeCoultre. 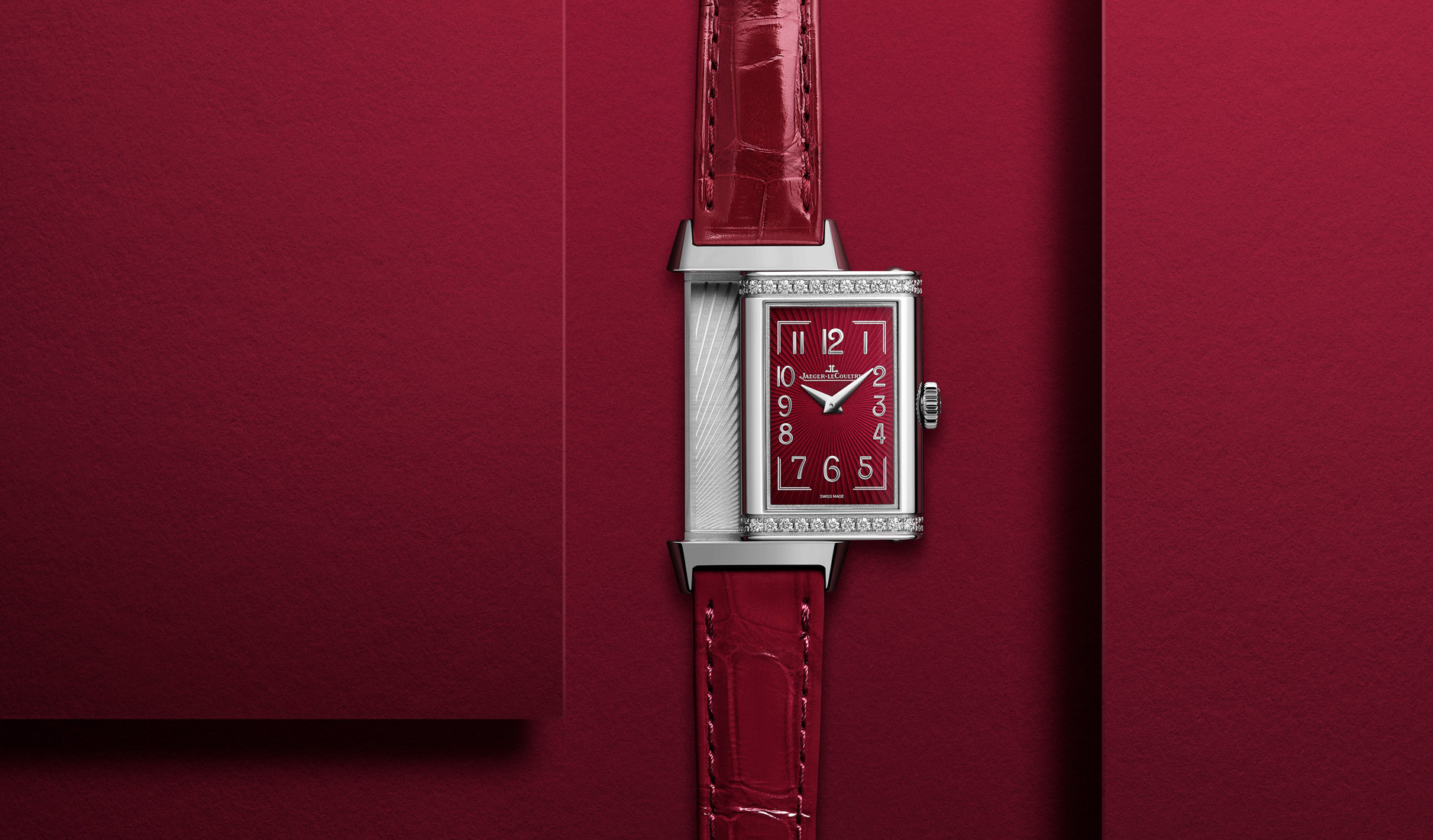 Rarely does an iconic timepiece lend itself so well to both genders and Jaeger-LeCoultre’s Reverso once again demonstrates that true elegance knows no boundaries.

Though the Reverso was created in 1931 as a gent’s sports watch for polo players – its reversible flip case was constructed to conceal the dial and prevent it from shattering during the game – Jaeger-LeCoultre had also made a ladies’ version at the time of its launch. Indeed, the new Reverso One Red Wine takes inspiration from the pioneering creation, evinced by its elongated and angular case that harks back to the original’s silhouette.

Besides the case’s svelte profile and clean line, another feature from the original Reverso that finds its way onto the new model are the gadroons – the three parallel strips that run across the top and bottom of the case – which expresses the watch’s Art Deco-era aesthetic sensibility. 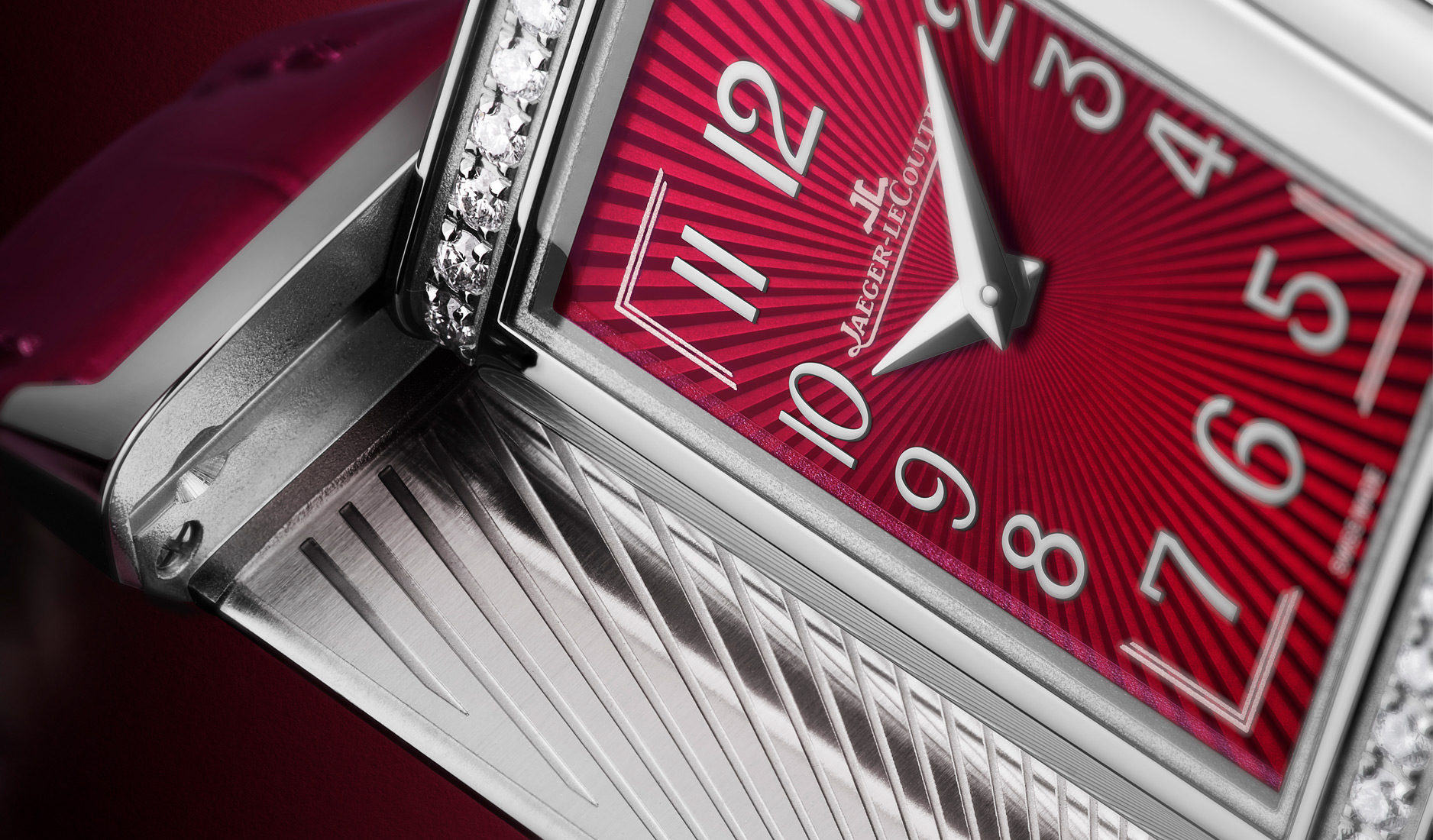 The gadroons are festooned with diamonds for a sophisticated sparkle, but the most striking feature of the Reverso One Red Wine has to be, as its name implies, the burgundy hue on the dial and glossy alligator strap. The intense red tone on the dial is especially captivating – the result of applying multiple layers of lacquer on a sunray guilloché engraving. The rich scarlet tone and sharp sunray pattern provide the perfect foil for the dial’s vintage-style hour numerals and frame-like motif, looking like an artefact that belonged to a Tamara de Lempicka painting.

With the likelihood of shopping budgets looking increasingly conservative in coming months, the Reverso One Red Wine offers some respite as a quartz-powered stainless steel offering, instead of being encased in precious metal, which would’ve nudged prices further north. That said, there is a generous amount of luxury to be had, mind you, what with the watch’s bejewelled gadroons, artful dial decoration and, not forgetting, the Reverso’s fame as one of horology’s biggest icons. 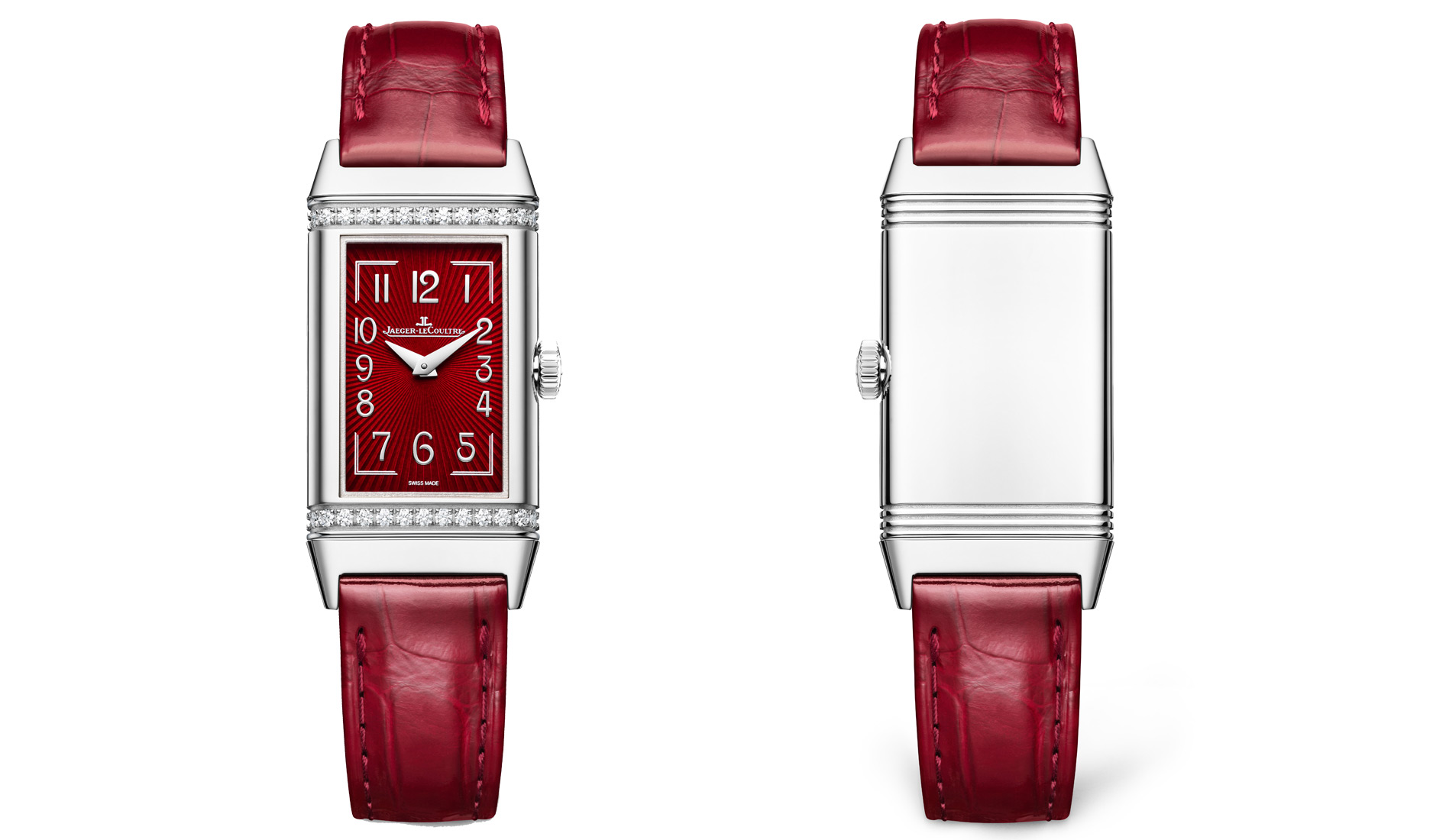