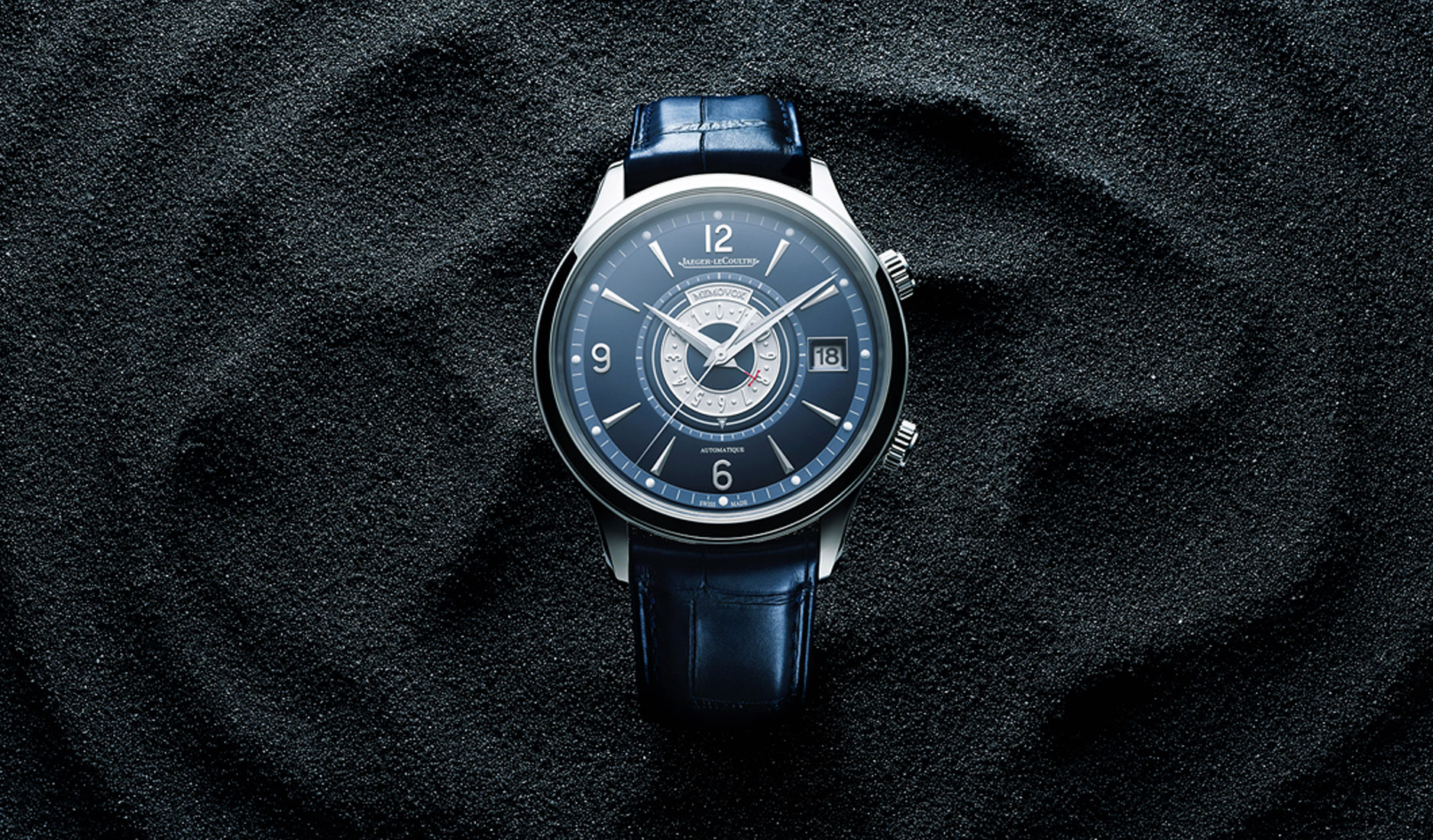 In the world of watch complications, there’s the tendency to get caught up in the complexity of the features. A perpetual calendar? Amazing. Minute repeater? Mesmerising. Rattrapante chronograph? Fascinating. But our penchant for being impressed by the bells and whistles of haute horlogerie has also led us to forget about other functions that, while underrated, are exceedingly more useful in modern life.

One of those functions is the humble alarm. In the late 1940s, Jaeger-LeCoultre embarked on a project to develop this useful complication, applying its know-how in the field of minute repeaters to create an alarm watch.

While we know minute repeaters to be complex creatures, an added hurdle for the alarm mechanism is the requirement for the hammer to strike the gong multiple times in rapid succession, allowing for the now-signature ‘school bell’ ring of the Memovox alarm. 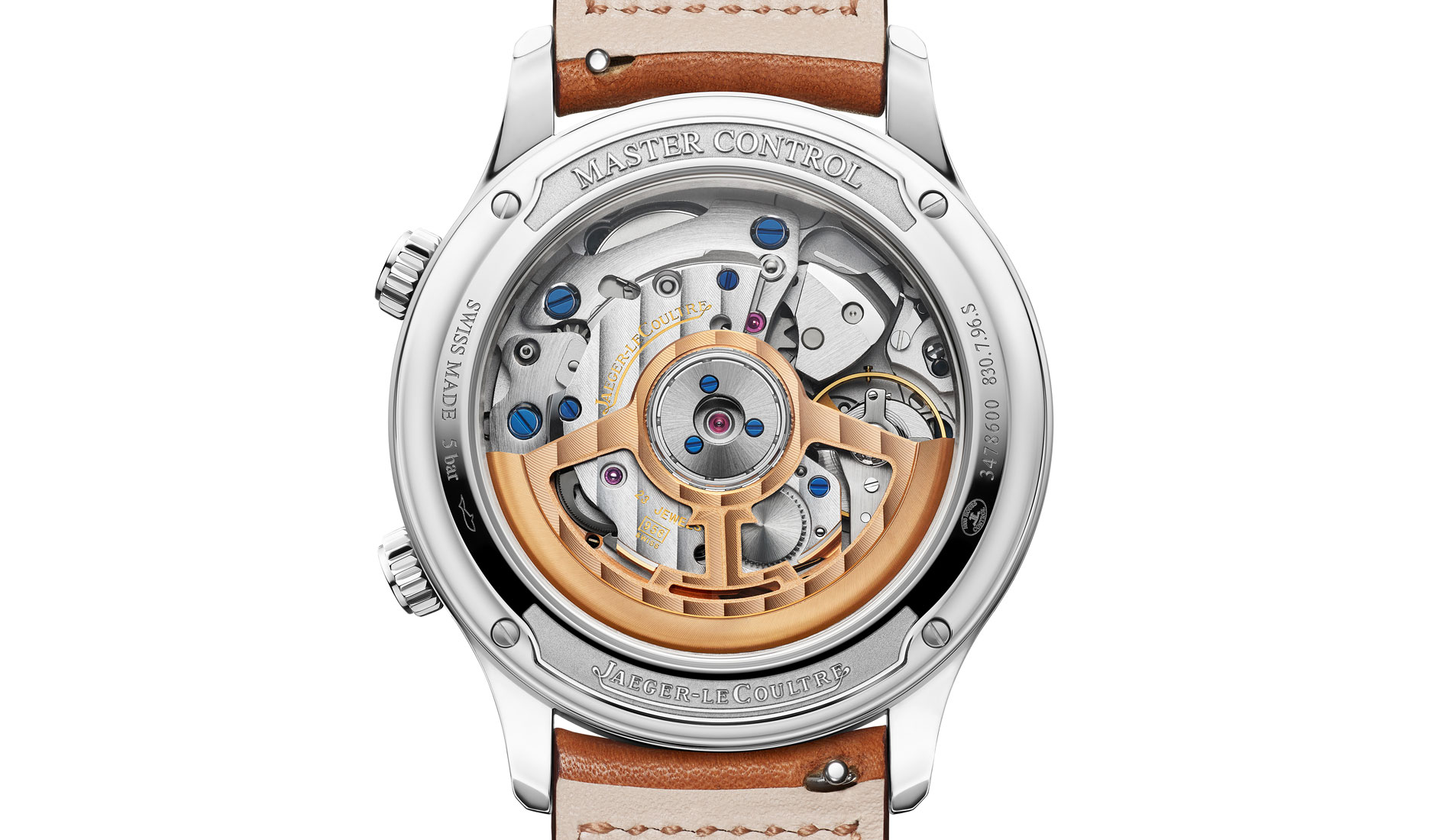 For its latest Memovox collection, Jaeger-LeCoultre’s engineers wanted the wearer to be able to view the hammer in action. As such, a sapphire caseback was incorporated, replacing the closed casebacks of the past. 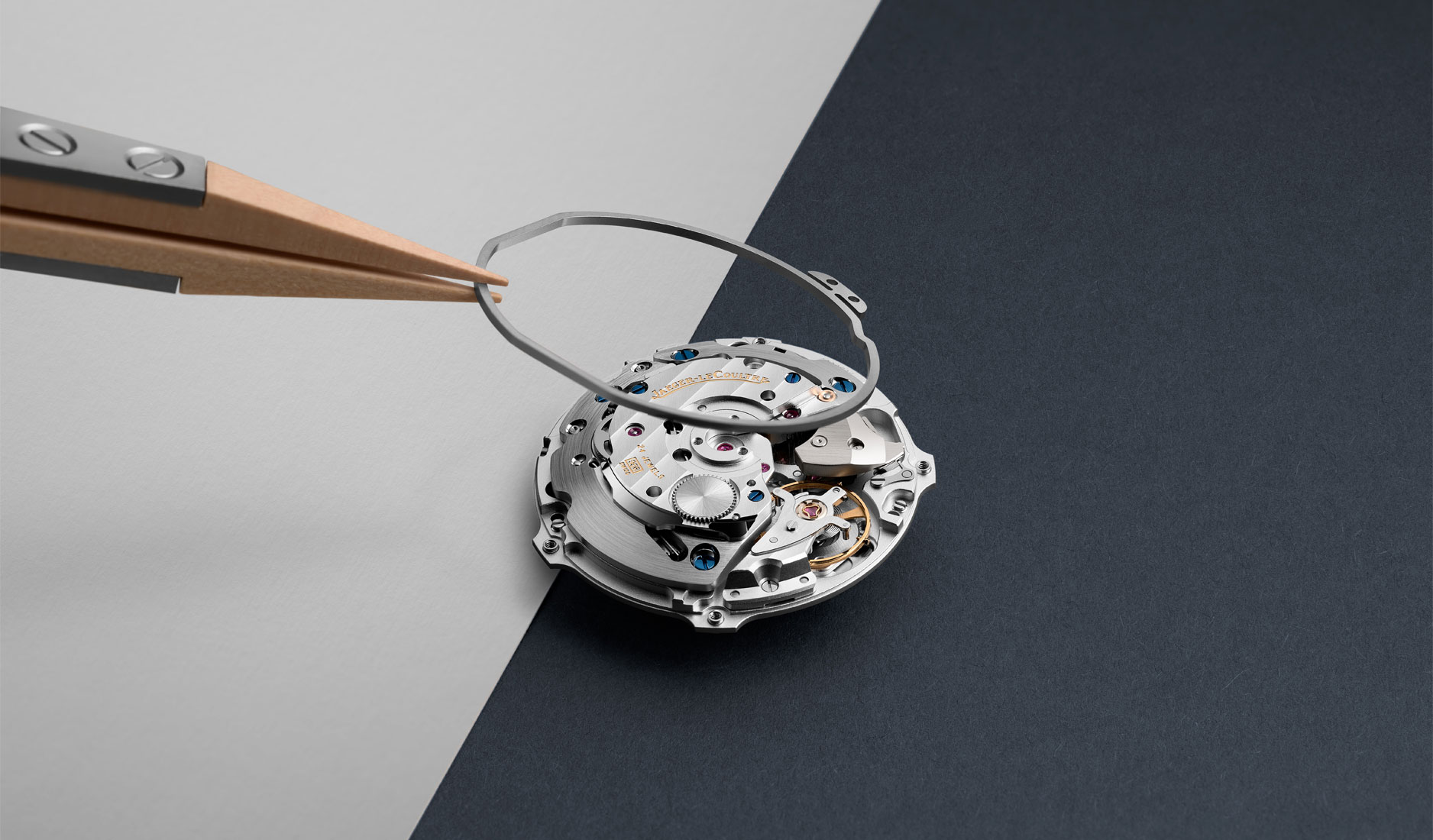 Attaching the gong of the Master Control Memovox

However, this meant the Calibre 956 had to be tweaked, with the striking mechanism entirely redesigned. This is because the earlier models featured a gong attached to the closed caseback. With the open caseback, the gong had to be repositioned and attached to the side of the case instead. Thanks to the redesign and a new skeleton pink gold rotor, the wearer now gets an unobstructed view of the calibre and its inner workings. 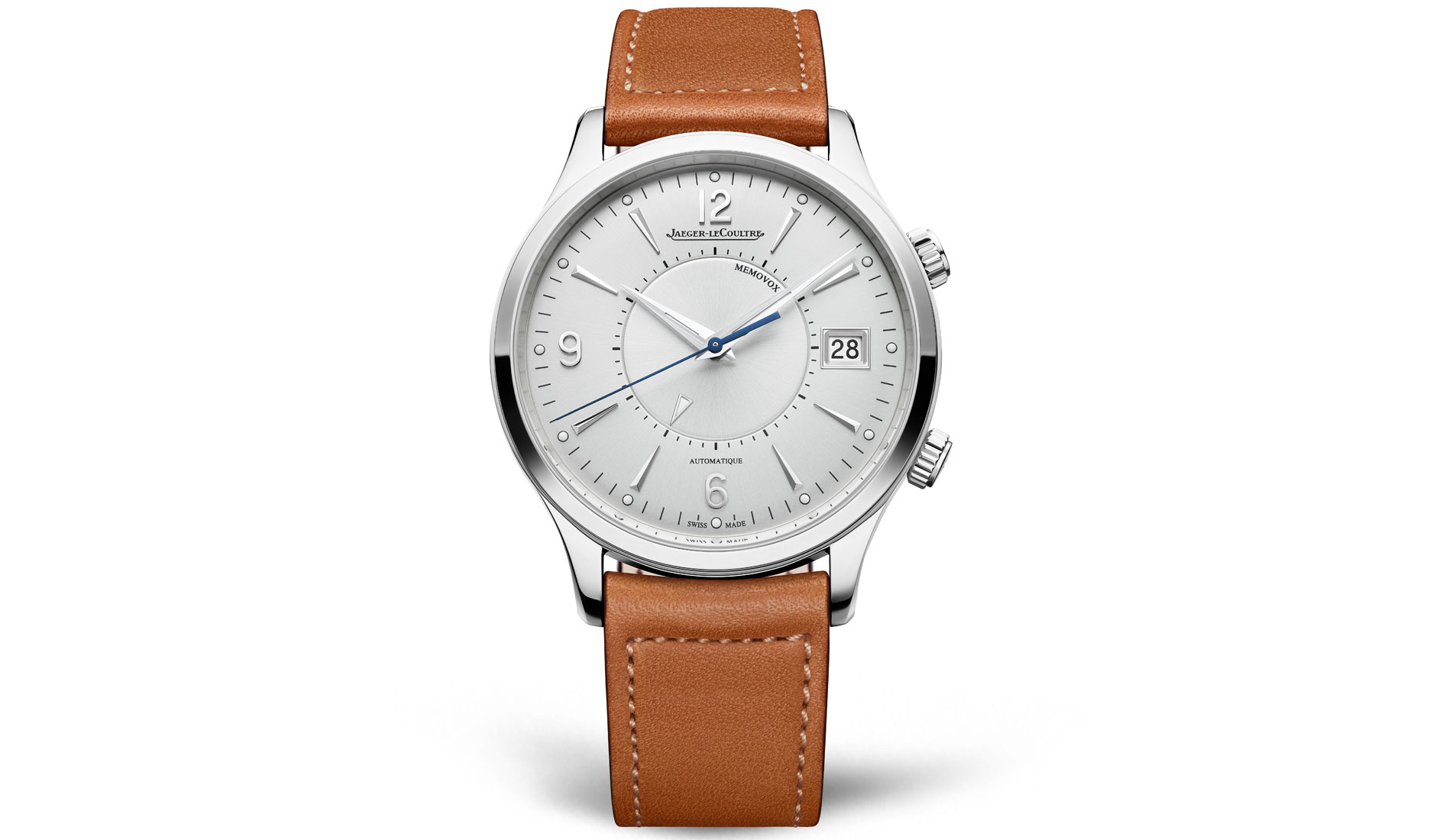 The Master Control Memovox (above) is a picture of elegance with a silver brushed sunray dial, applied indices and Dauphine hands. A date display adds to the functionality of the watch while a blue seconds hand lends a sophisticated pop of colour to the dial. Meantime, the alarm time is indicated via the concentric disc with pointer at the middle of the dial. Paired with a tobacco brown leather strap, the Master Control Memovox is the epitome of form and function, and a great companion for the office. 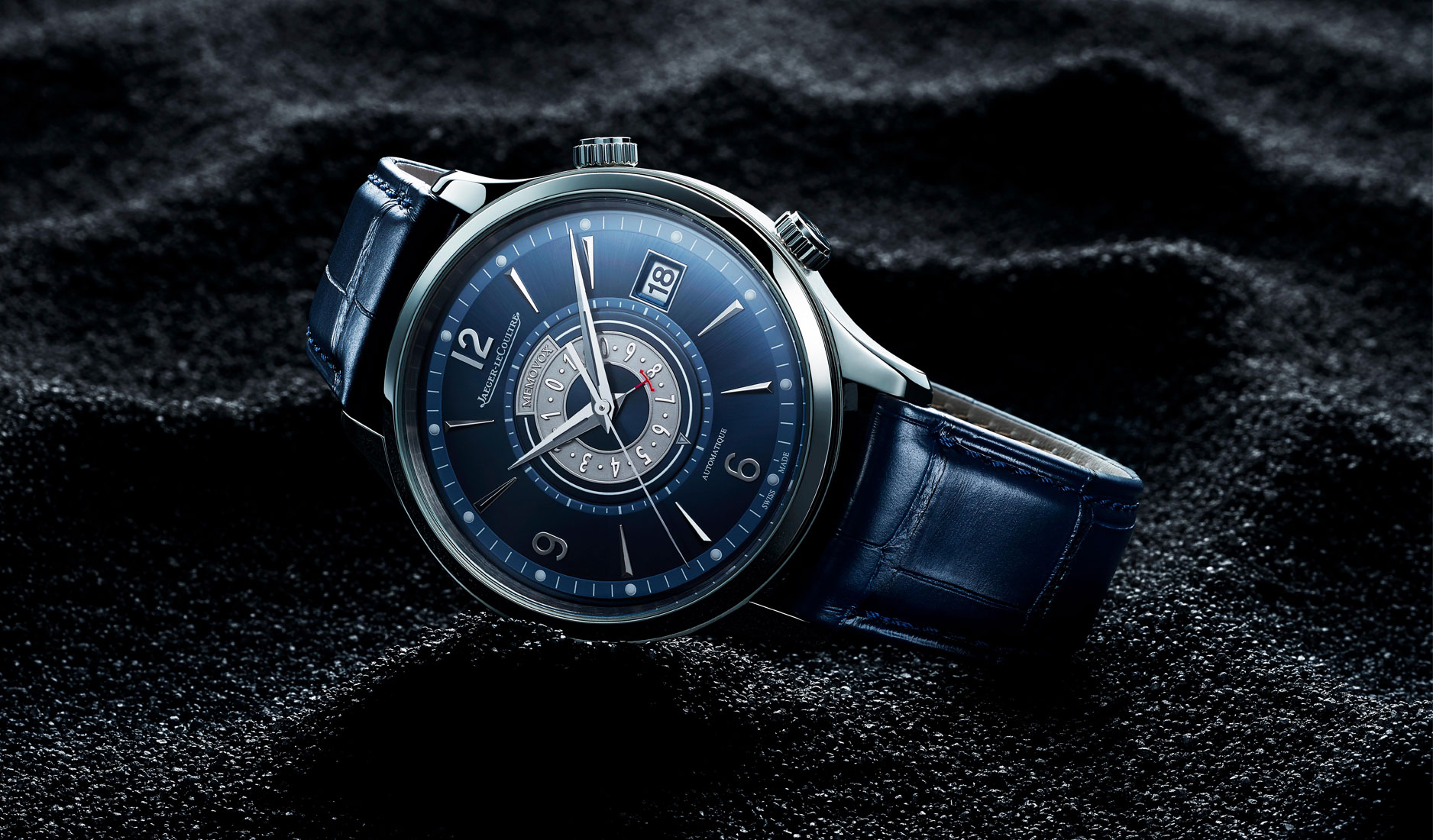 With the Master Control Memovox Timer (above), the alarm can be set both ways—the conventional way with the alarm set for the time you require it aligning the pointer of the alarm disc to the desired hour, or you can set the alarm based on the number of elapsed hours before the ring. Whichever way you choose, the second indicator will move to the corresponding position as both indicators are linked. 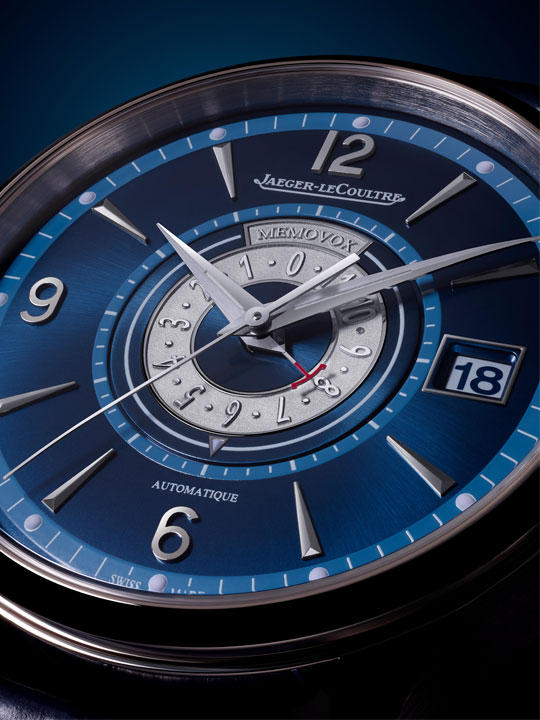 The dial is set with two concentric circles—the outer one for the time and the inner one for the elapsed hours. The triangle pointing towards ‘6’ shows that the alarm has been set for six o’clock, while the red indicator pointing at ‘8’ in the centre circle shows that eight hours will need to elapse from the current time of 10 past two before the alarm goes off.

Clothed in two-tone blue with a matching leather strap, the Master Control Memovox Timer is a contemporary take on the traditional Memovox and offers a quirky twist to standard alarm-setting. Limited to just 250 pieces, this is one that will no doubt get collectors excited.