This aviation timepiece is a mouthful but it has as many features and more. 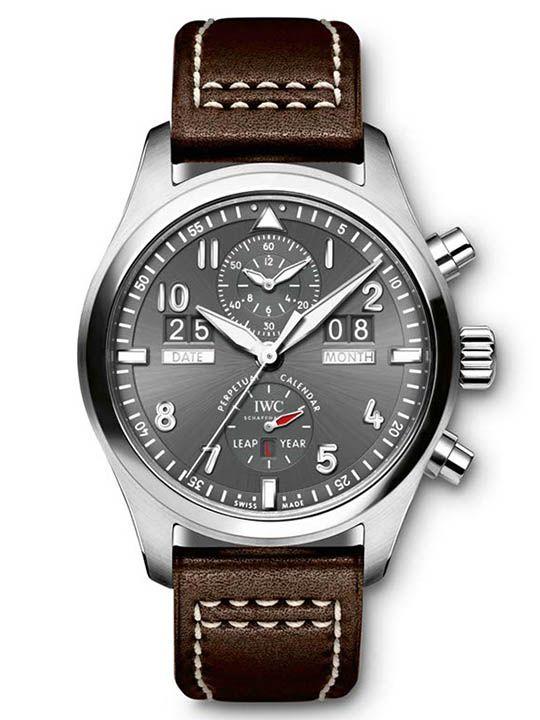 First introduced in 1936, IWC’s Pilot’s Watch has come a long way. From an integral aviation instrument to a style icon (with no less substance, it has to be said), the timepiece is now an iconic part of the Schffhausen-based manufacture.

Through the years, various models have been launched, including the Mark 11, originally built in 1948 for the Royal Air Force. Fifity-five years later, a series named after the Spitfire, the legendary British fighter plane, was unveiled. This year, the Spitfire adds three models to its collection, one of which incorporates a flyback chronograph and perpetual calendar, along with a digital date and month display.

It’s relatively hard to find perpetual calendar pilot’s watches, as one of the criteria of an aviation timepiece is that it should have a legible dial. IWC sidesteps this conundrum with its celebrated in-house automatic 89801 movement that conveys a wealth of information clearly via a combination of digital and analogue displays. It even manages to find space for a flyback chronograph hour-and-minute sub-dial, essentially a watch within a watch.

The digital date and month display has been used by IWC from as early as 1885 and is a tradition of the manufacturer. A quick-action switch with a separate energy cache enables the timekeeper to move all four digital display discs simultaneously.

A transparent sapphire glass caseback offers a look into the mechanism powering the timepiece and the Spitfire-shaped automatic rotor, also seen in previous models. Though not strictly a new model, this is the first time that the watch comes with a brown Santoni calfskin strap from the revered Italian shoemaker. Like all of their luxury shoes, the leather used for this watch bears the same patina which affords the brand new leather a beautifully aged look. In keeping with Santoni’s trademark orange accents, the watch strap features an orange lining. The hand-polished stainless steel case dials up the masculine appeal of this 46mm stainless steel ticker by a notch. 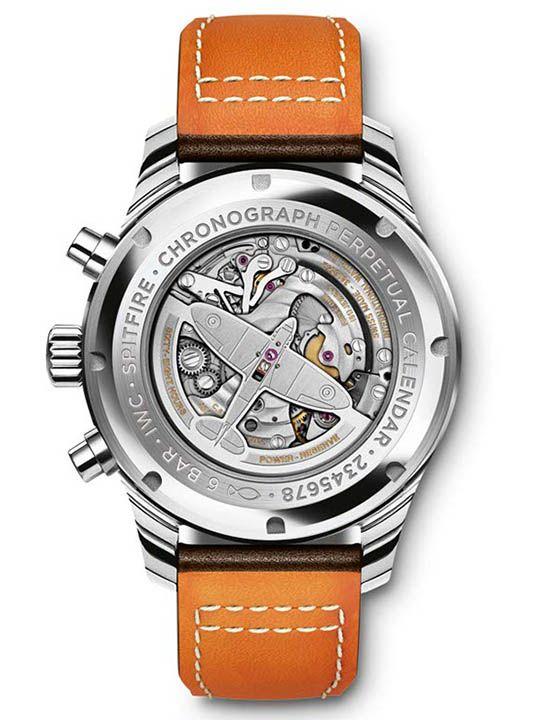