Probably the most fluid collection in IWC’s repertoire, the mercurial Da Vinci line has taken on many shapes and forms since its debut in 1969. Introduced as a quartz watch, it famously went on to house IWC’s groundbreaking single-crown operated perpetual calendar movement in 1985, leading to the brand’s resurgence in complication watchmaking.

Besides hurtling from spectrum-to-spectrum in the technical sphere, the Da Vinci also looked very different, depending on the decade – hexagonal in the 1970s (below), round in the 1980s, tonneau in the 2000s, and now back to round again in the latest iteration.

“The Da Vinci collection is about being with the zeitgeist,” said IWC’s associate director of product development Walter Volpers at the recently concluded SIHH watch fair.

Which brings us to the new Da Vinci – round, unfussy, versatile and with a heart to woo both men and women. Is that the dominant spirit of contemporary watchmaking? Well, we don’t have the answer to that, but we know that with the Da Vinci Automatic, IWC stands in very good stead to cast its net wider, especially for budding watch lovers, with the aforementioned merits.

Flagged as a unisex offering, the Da Vinci Automatic 40mm stainless steel case ensures a comfortable fit – generously proportioned enough for men, while at the same time looking very substantial for women who like their tickers a little larger. (For women who want a daintier model, IWC offers the Da Vinci in 36mm cases.) Adding to the snug feel are the movable lugs, that allow the watch to be wrapped neatly around the wrist. 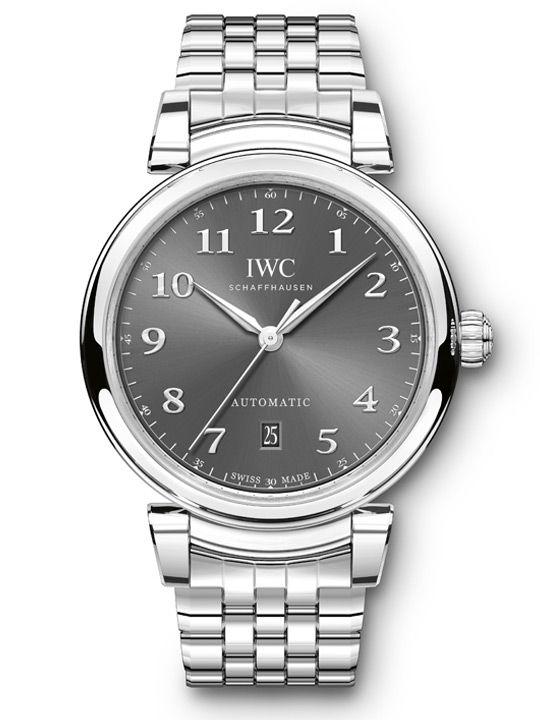 Design-wise, the watch takes inspiration from the Da Vinci SL Automatic from the 1990s (below), with the steeped round case and dressy demeanour, modernised in this instance with more elegant fonts, discreet minute track and slimmer hands. 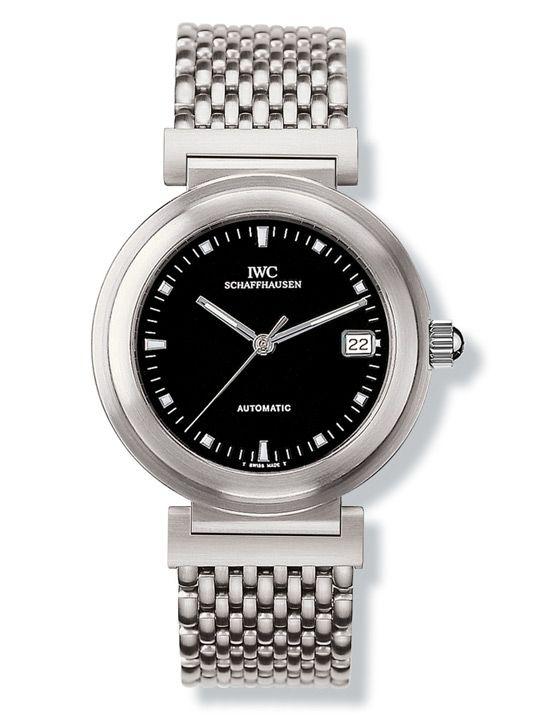 In short, the new look is smart, unobtrusive and very office-appropriate. In fact, the watch appears to be a close – and slightly more capricious – cousin of the Portofino Automatic, which also comes in a round 40mm case, albeit with more structured construction with fixed lugs, as well as baton hands and indexes. The Da Vinci Automatic comes in two dial options: silver and paired with Santoni leather strap (our pick for its timeless appeal), and slate-grey with stainless steel bracelet. 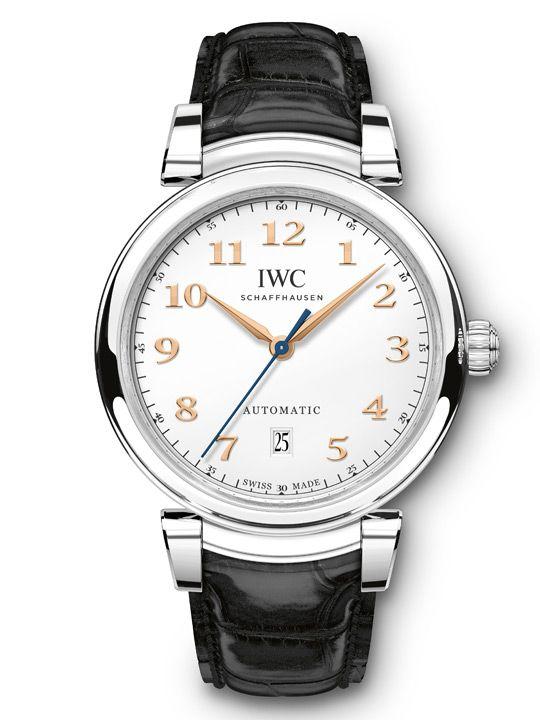