IWC honours its favourite aviator with a new special edition.

Everyone loves a good story. Like French pilot and Le Petit Prince author Antoine de Saint-Exupéry’s disappearance on a reconnaissance mission across the Mediterranean Sea, the timepiece collection named after him continues to fascinate watch lovers around the world.

Since 2005, IWC has worked closely with Saint-Exupéry’s descendants, supporting the Fondation Antoine de Saint-Exupéry from its inception in 2008. Apart from their common interest in providing aid to children in difficult circumstances, both also have a shared history in aviation. Eighty years ago, IWC debuted its Special Pilot’s Watch—about the same time Saint-Exupéry was making a name for himself as an aviator. 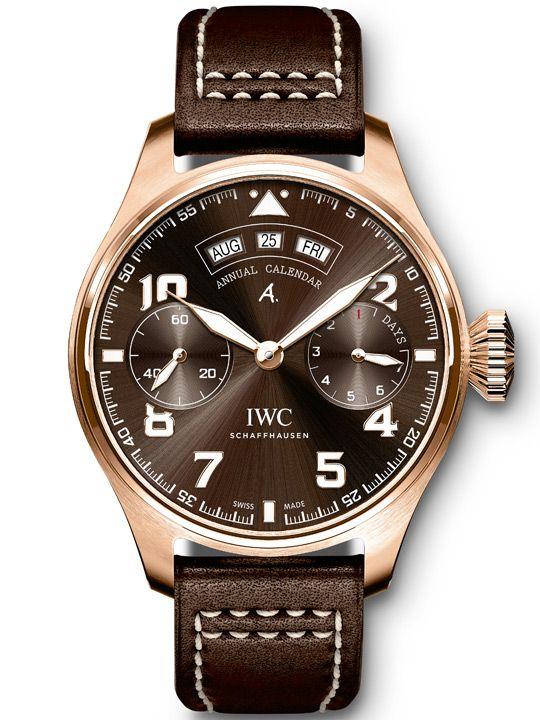 Aviation buffs will be thrilled at what the transparent caseback reveals. Taking pride of place is a beautifully finished in-house Calibre 52850 with a rotor in solid 18K red gold. It’s fashioned in the shape of a Lockheed P-38 Lightning, which was the plane Saint-Exupéry was flying when he disappeared in 1944. In a first for the collection, the letter ‘A’ (for Antoine) features on the rotor, as well as the dial, commemorating the famed pilot. 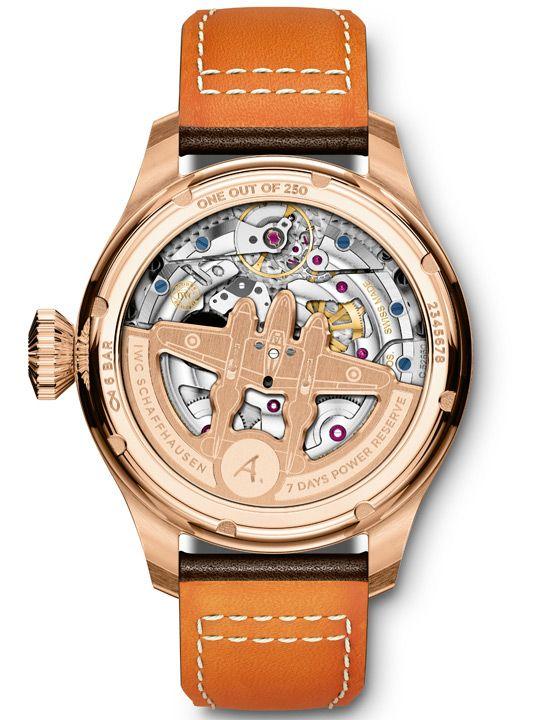 As far as pilot’s watches are concerned, legibility is paramount (for obvious reasons). This edition of the Big Pilot’s Annual Calendar manages to do that, even while fitting a triple calendar, small seconds sub-dial and power reserve gauge on the dial. The numeral indexes are large and clear, while the two sub-dials are neatly placed at nine o’clock and three o’clock, giving the dial a nice symmetry.

The triple calendar with month, date and day display sits in a neat arc at 12 o’clock, and requires adjustment only once a year via the conical crown. And thanks to the double-barrelled Calibre 52850, the watch has a power reserve of 168 hours or seven days.

As proof that IWC takes its pilot’s watches seriously, the sapphire glass is firmly secured such that it is kept in place in the event of a drop in air pressure—a likelihood anytime you’re up in the air. The sapphire glass is also convex and anti-reflective on both sides for better visibility in harsh sun conditions.

For those of us who aren’t actually pilots, the watch proves to be just as much a stylish number on the wrist. From the sunray finish on the dial to the luxurious Santoni leather strap, this is a watch you can count on to take you from boardroom to boarding gate.