Fancy an IWC dive watch? Here is one with bite. 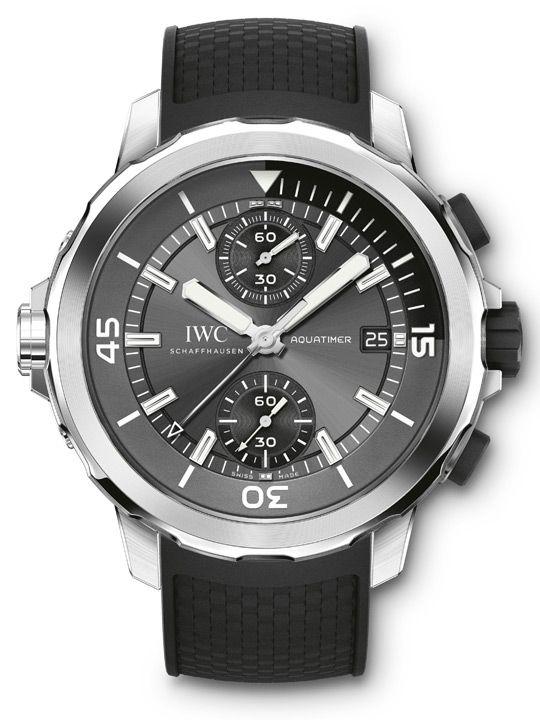 A watch to save the sharks? Really? Well, at the very least, it will draw the attention of some deep-pocketed and hopefully big-hearted, marine-life-loving watch aficionados. Limited to 500 pieces, the watch features an engraved caseback depicting hammerhead sharks to make its point. Additionally, the timepiece comes with an awesome collector’s edition Taschen photography book (see the end of this post) by American photographer Michael Muller. Mulle is famous for lensing portraits of celebrities and has recently turned his attention to documenting sharks in their natural habitat. 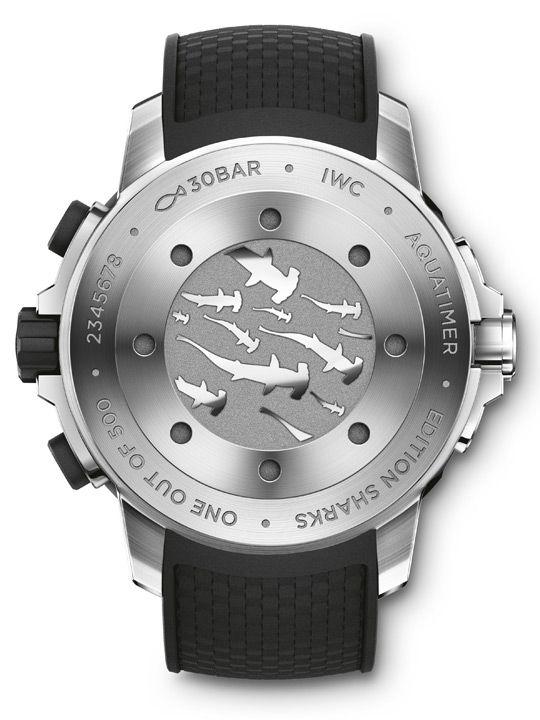 But back to the watch. As part of a pioneering dive watch collection, the IWC Aquatimer was introduced in 1967, during an era which saw the birth of many iconic dive watches such as the Rolex Submariner, Blancpain Fifty Fathoms and Omega Seamaster. It is believed that World War II had contributed greatly to the development of this cohort of tool watches. The extreme conditions of the war demanded timepieces with uncompromising functionality for military use, which in turn led to the introduction of features that went beyond basic water-resistance – such as crowns with locking systems and pressure levers to increase water resistance, and unidirectional bezels to help divers measure the time remaining on their oxygen supply.

As evinced on the Aquatimer Chronograph Edition ‘Sharks’, the aforementioned features remain vital to the quintessential modern dive watch. Performance-wise, you can strap this baby on for serious underwater exploration with no fuss.

The watch is equipped with a patented SafeDive system, which allows divers to securely set their dive times via an inner scale on the dial from an external unidirectional bezel; thick and clear luminescent hands and markers for excellent legibility underwater; and water resistance to 300m. And for that added touch of sportiness – though not dive-related – the new Aquatimer runs on the in-house automatic Calibre 89365 flyback chronograph movement with column wheel. Whether a supporter of marine-life preservation or otherwise, those muscular specs are something many watch buffs will be happy to sink their teeth into. 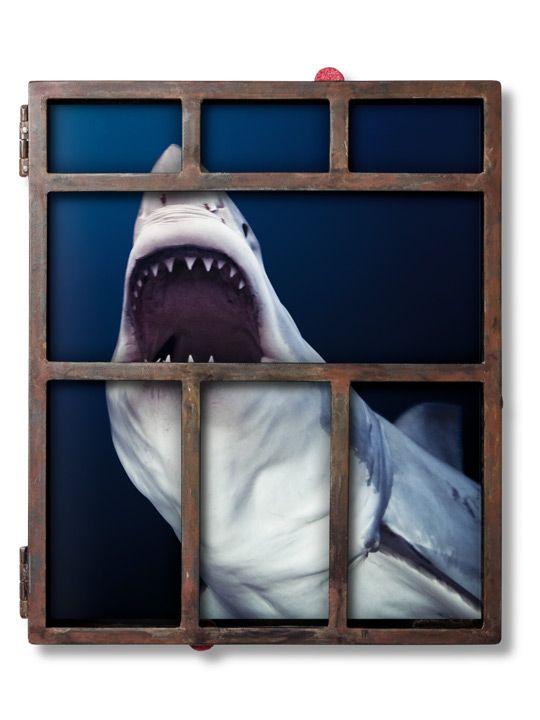