Which will prevail? We play referee while you decide.

Frankly, it was a bit unsettling attempting this post. Not that we are wusses or anything like that, but we can imagine hardcore fans of Audemars Piguet and Hublot sharpening their knives at this story.

But hey, we are not preaching to the converted. For neutrals who are partial to both brands, or anyone who has ever salivated at the sight of a Royal Oak Offshore or Big Bang, here is a toe-to-toe comparison that will hopefully help you make an informed decision.

BRAND HISTORIES
Where lineage is concerned, Audemars Piguet is close to untouchable. The 141-year-old brand is among the very few watch companies that are still in the hands of its founding families, and is highly esteemed today for its in-house manufacturing capabilities and relentless technical innovations.

Hublot, on the other hand, is a modern-day horological success. Founded in 1980 by an Italian entrepreneur Carlo Crocco, the brand shot to fame in 2003 after legendary marketer Jean-Claude Biver (below) took over as CEO.

It was Biver who crystalised the Hublot’s ‘Art of Fusion’ message, building on Crocco’s idea to pair metal cases with natural rubber straps (Hublot was the first watch brand to do so), and expanding the concept to encompass material experimentation and shared technological inspiration from other industries.

WATCH HISTORIES
The Royal Oak Offshore, which debuted in 1993, is the younger sibling of the Royal Oak that was introduced in 1972. Both collections shook up the watch trade in their own ways. The Royal Oak pioneered the category of the luxury sports watch with its distinctive porthole-inspired design and 3,500 Swiss franc price tag – an exorbitant amount for a steel watch back in 1972. Likewise, the Royal Oak Offshore (below) caused a stir when it premiered.

Although it was built on the same design and sports-inspired principles, the Royal Oak Offshore rocked up like the Royal Oak on steroids. Its 42mm steel case accentuated the octagonal profile of the original Royal Oak, while a gasket sandwiched between the case and bezel accords the watch an even sportier disposition. Along with a tweaked tapisserie motif on the dial, reworked lugs and new crown protectors, amongst other embellishments, the Royal Oak Offshore met its brief of being "a Royal Oak for the young". The watch's heft and chronograph complication also earned the it the nickname ‘The Beast’.

The Big Bang (below), introduced in 2005, marked the birth of the post-Crocco, Biver-era Hublot. The first model was the Big Bang Gold Ceramic, which expresses the ‘Art of Fusion’ ethos by combining previously disparate materials – gold, ceramic and rubber – in a single timepiece, and it snared multiple awards after its launch, including the Best Design prize at the Grand Prix d'Horlogerie de Geneve. 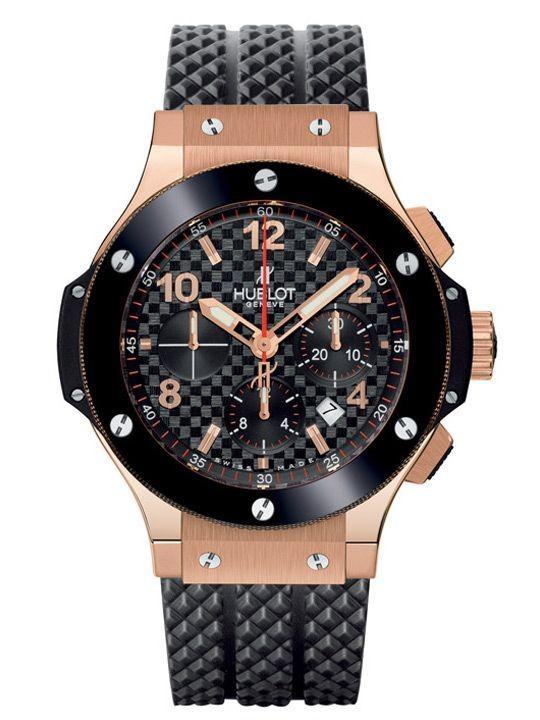 In just slightly over a decade, the Big Bang has grown to become Hublot’s flagship collection. In fact, it can be said that the Big Bang single-handedly jumpstarted Hublot’s fortunes. It has been reported that over 200,00 Big Bangs have been sold in its first decade, and that the collection currently accounts for almost 60 per cent of Hublot’s sales.

The technical propositions for both collections have since been enhanced. Today, one can have both chronograph models with in-house movements.

In 2013, Hublot rolled out the Big Bang Unico (below), featuring an in-house flyback chronograph movement with column wheel and silicon escape wheel, which was introduced in 2009. Meantime, the Royal Oak Offshore chronographs of today feature Audemars Piguet’s lauded proprietary 3120 automatic movement as a base with an in-house chronograph module on top. 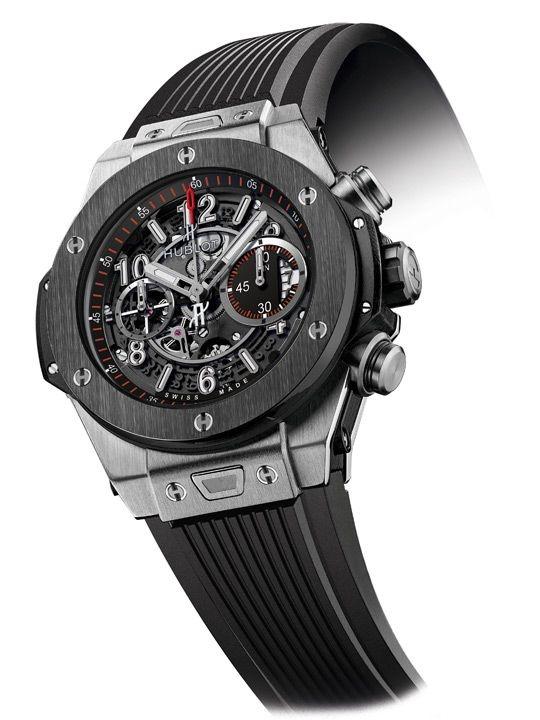 Away from chronographs, both collections have branched out to include high-end complications. When the Royal Oak Offshore celebrated its 20th anniversary in 2013, it marked the occasion with a grand complication model (below) comprising a minute repeater, split-seconds chronograph and perpetual calendar. The Big Bang, on the other hand, counts an extensive repertoire of complications in its stable, including alarm repeaters and perpetual calendars. 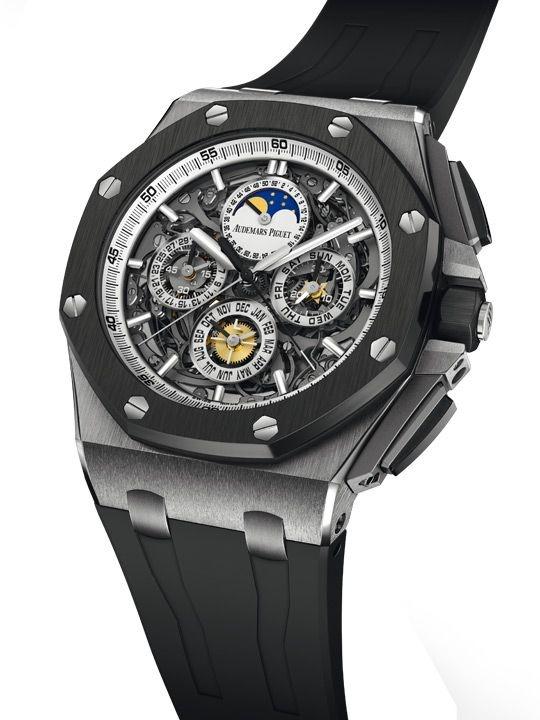 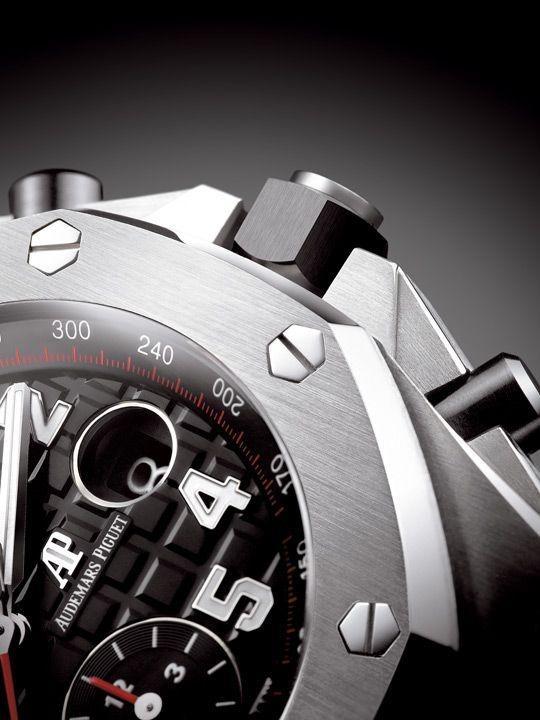 Coupled with the fact that both collections have waded deep into the field of material experimentation, combining a diverse range of materials ranging from forged carbon fibre and ceramic, to even proprietary alloys, there are indeed more similarities than differences between the two. 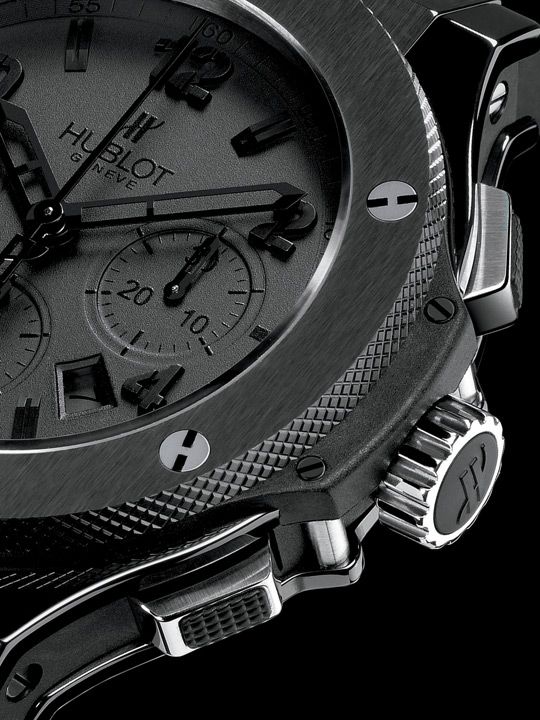 Without the baggage of brand loyalty, the neutral sports watch lover will have a hard time deciding, as both collections express the same flamboyant machismo that cry out for attention.

For something different from the Royal Oak Offshore stable, have a peep at the new dive models. They boast everything the collection is known for – generous 42mm stainless steel cases, workhorse performance thanks to its Calibre 3124 automatic chronograph movement, and mix of materials with ceramic crown and push pieces that have become de rigueur. This year's versions are endowed with added dive-ready features such as 300m water resistance, rotating inner bezel with diving scale and screw-down crown. Plus, there are four funky colours to choose from – navy, canary yellow, orange and lime green. 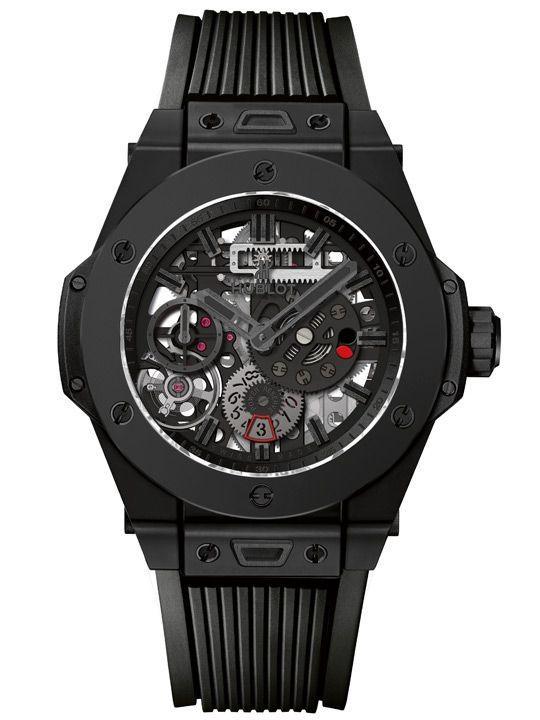 The Big Bang Meca-10 shows how far the collection has come in terms of mechanical evolution. Inside the watch is a new in-house movement: the manual-winding, double-barrel HUB1201 that offers 10 hours of power reserve. The watch's remarkable performance and stunning movement architecture aside (evidenced by its gorgeous open worked design with bridges in black PVD), it is interesting to note that the folks at Hublot has earmarked its movement as one for the future, built with the possibility of adding complication modules in mind.