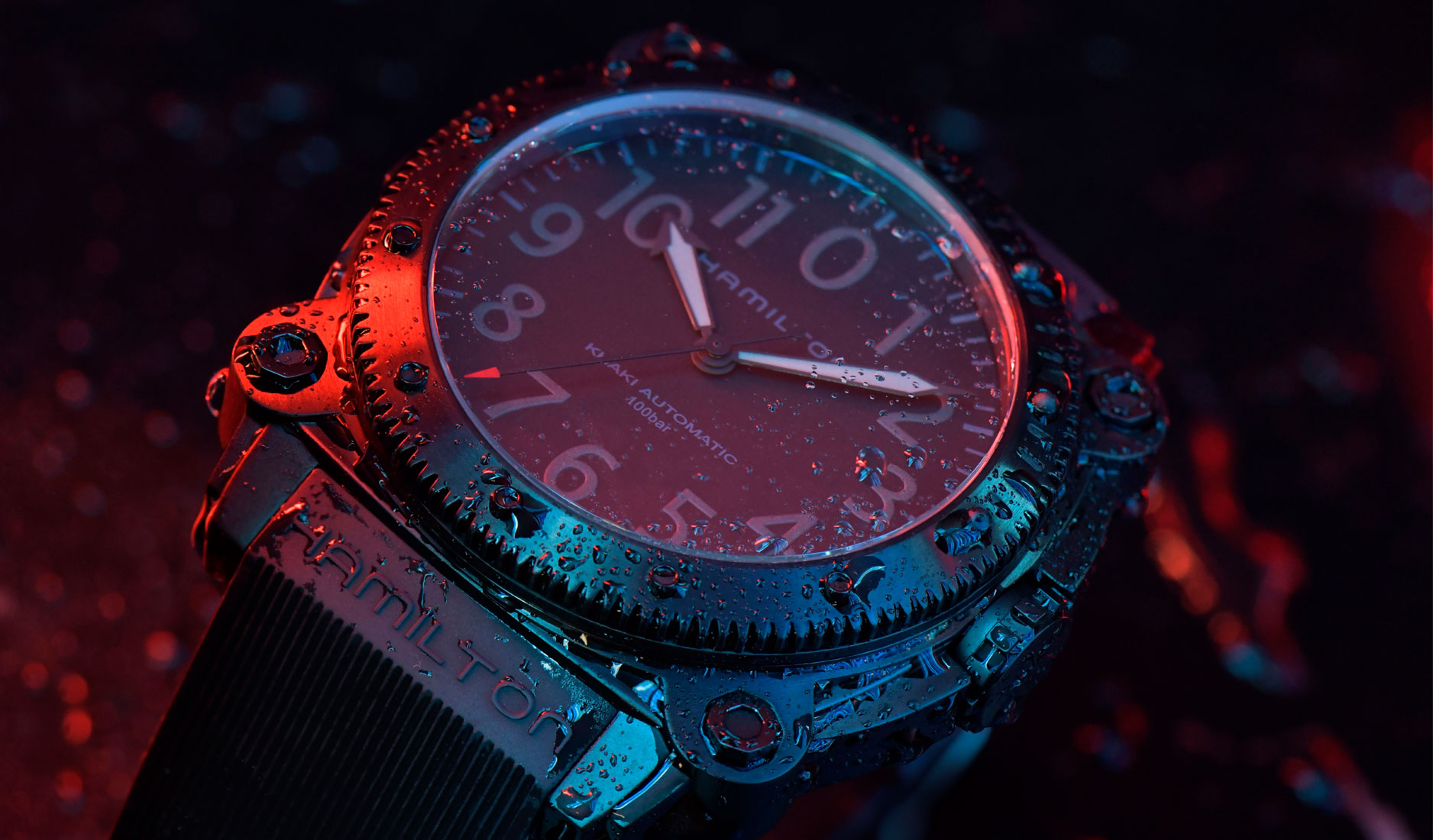 Film buffs should be familiar with Hamilton watches. After all, the brand has featured in more than 500 shows on both the big and small screen since 1932. Notable recent projects include the Men In Black franchise, Christopher Nolan’s 2014 film, Interstellar, and Ridley Scott’s The Martian, a year later. Perhaps Hamilton's most storied silver screen appearance of all would be Elvis Presley’s turn in the 1961 musical comedy, Blue Hawaii, where he donned the iconic Ventura.

This year, Hamilton once again teamed up with director Christopher Nolan and acclaimed production designer, Nathan Crowley, to create a unique timepiece integral to the plot of TENET. Starring John David Washington and Robert Pattinson, the latest spy thriller is the perfect vehicle for a gadget-y watch. 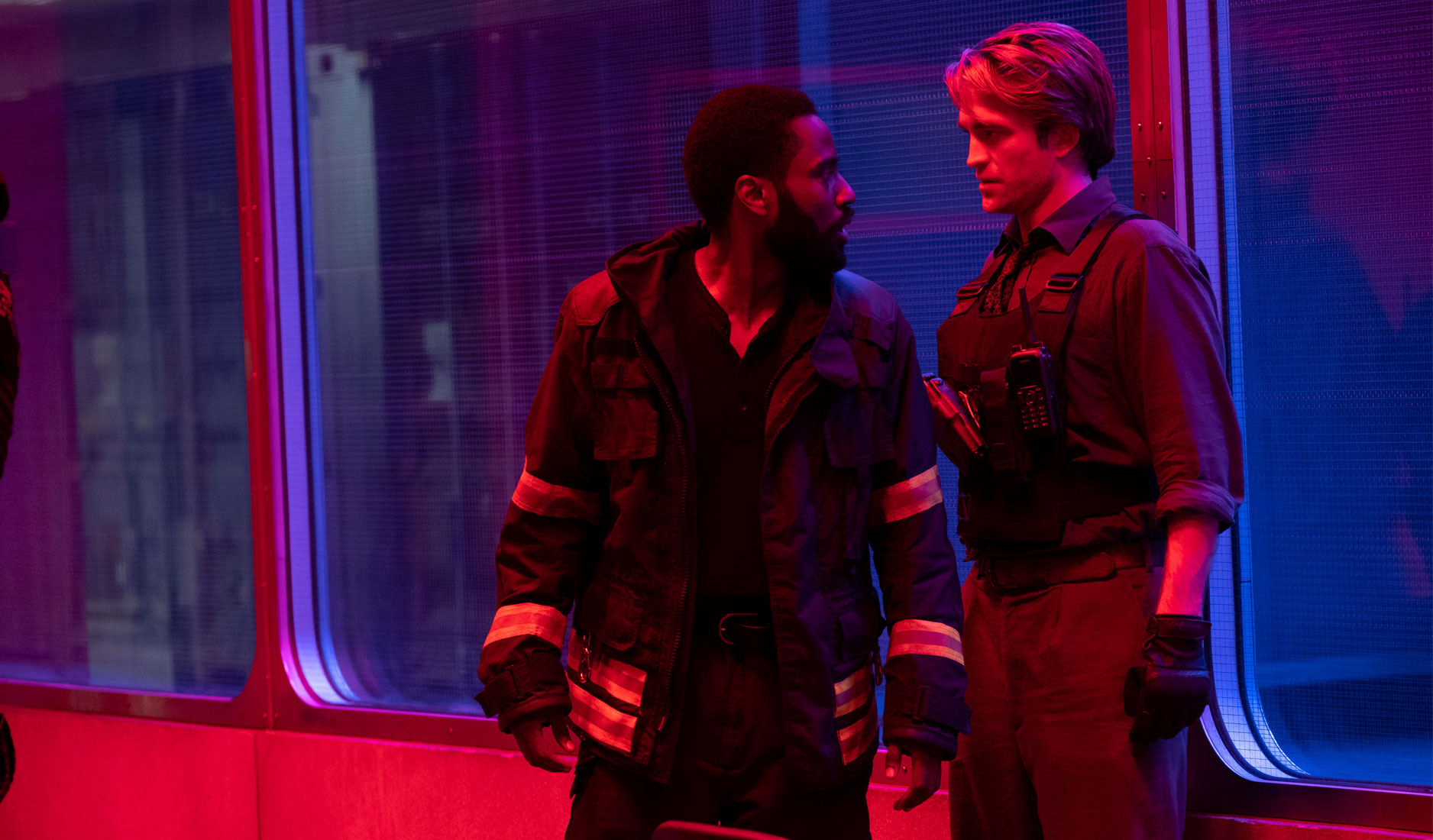 Months of R&D in Hamilton’s labs led to hundreds of prop watches being sent to various international sets (the movie is filmed in seven countries), with watchmakers deployed on location to assist with the functions of the watch that combined an analogue and digital display with countdown colours in red or blue. 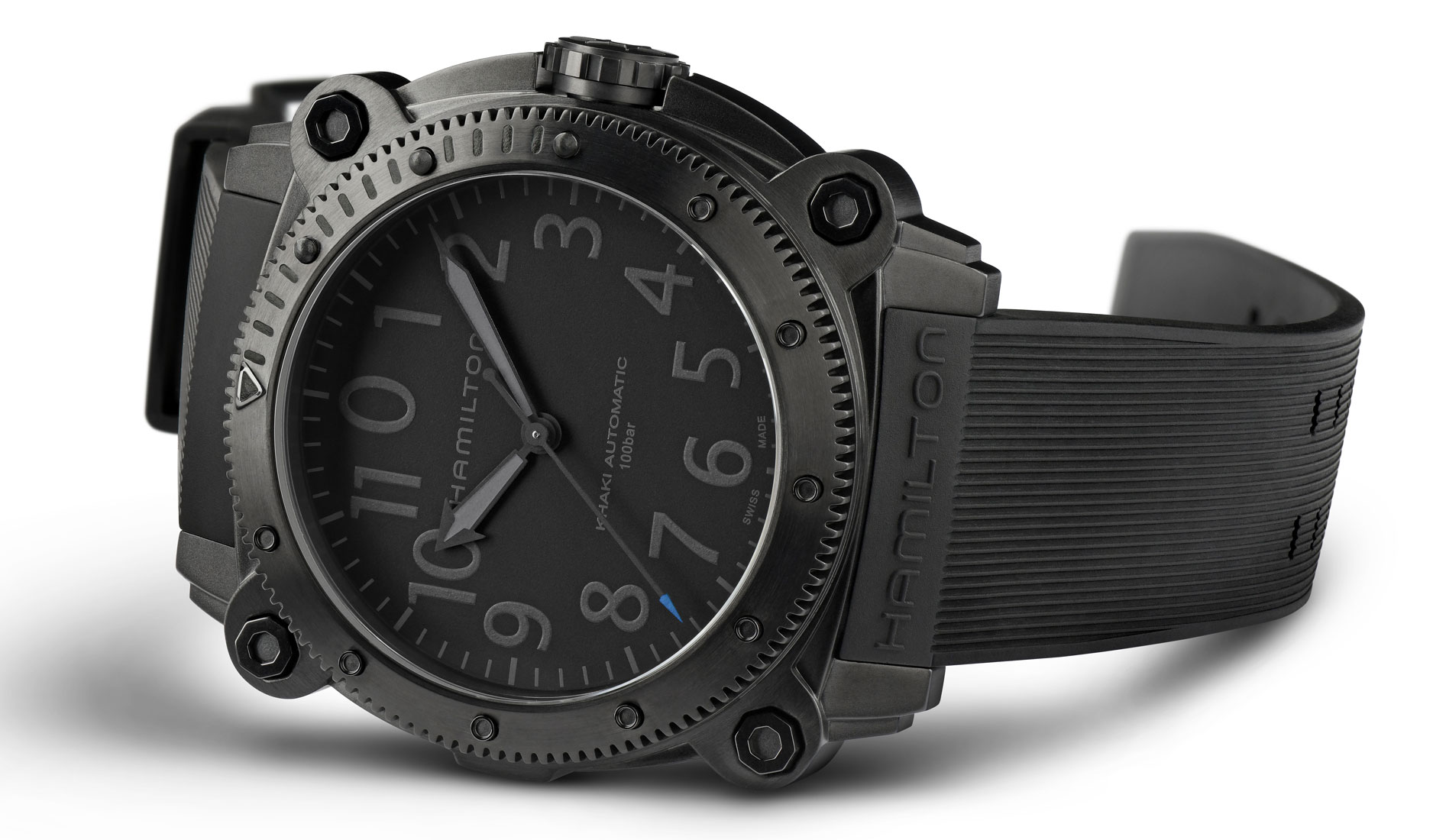 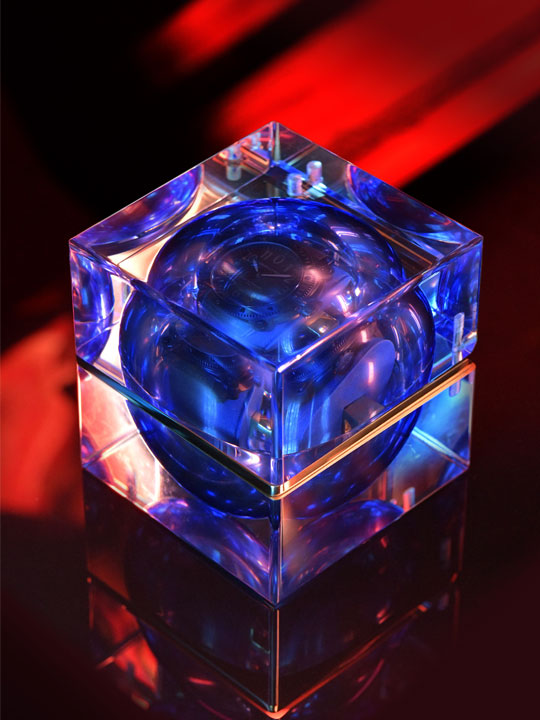 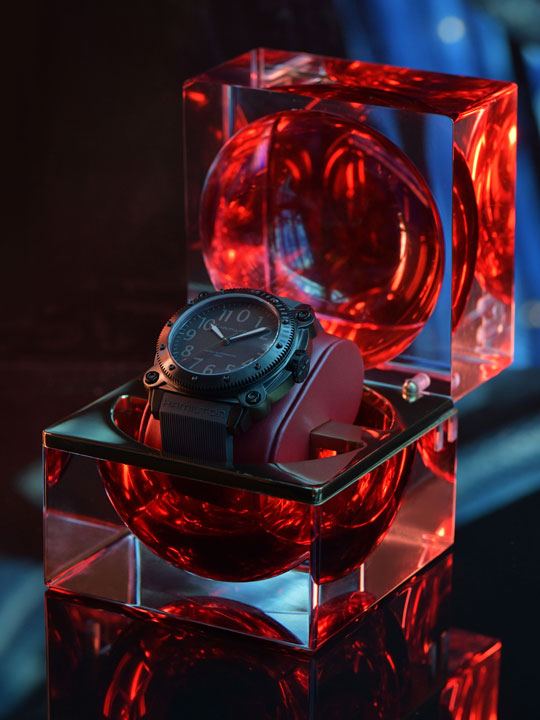 The special edition watch isn’t too different from the regular Khaki Navy BeLOWZERO, save for a few tiny details. While maintaining a generous 46mm size, the case now comes in lightweight titanium instead of the previous stainless steel iteration, and features either a blue- or red-tipped seconds hand—an inside nod to the key colours in TENET. The date window has also been removed so the dial looks cleaner, with attention channeled towards the seconds hand, which is the only pop of colour on the monochromatic dial. 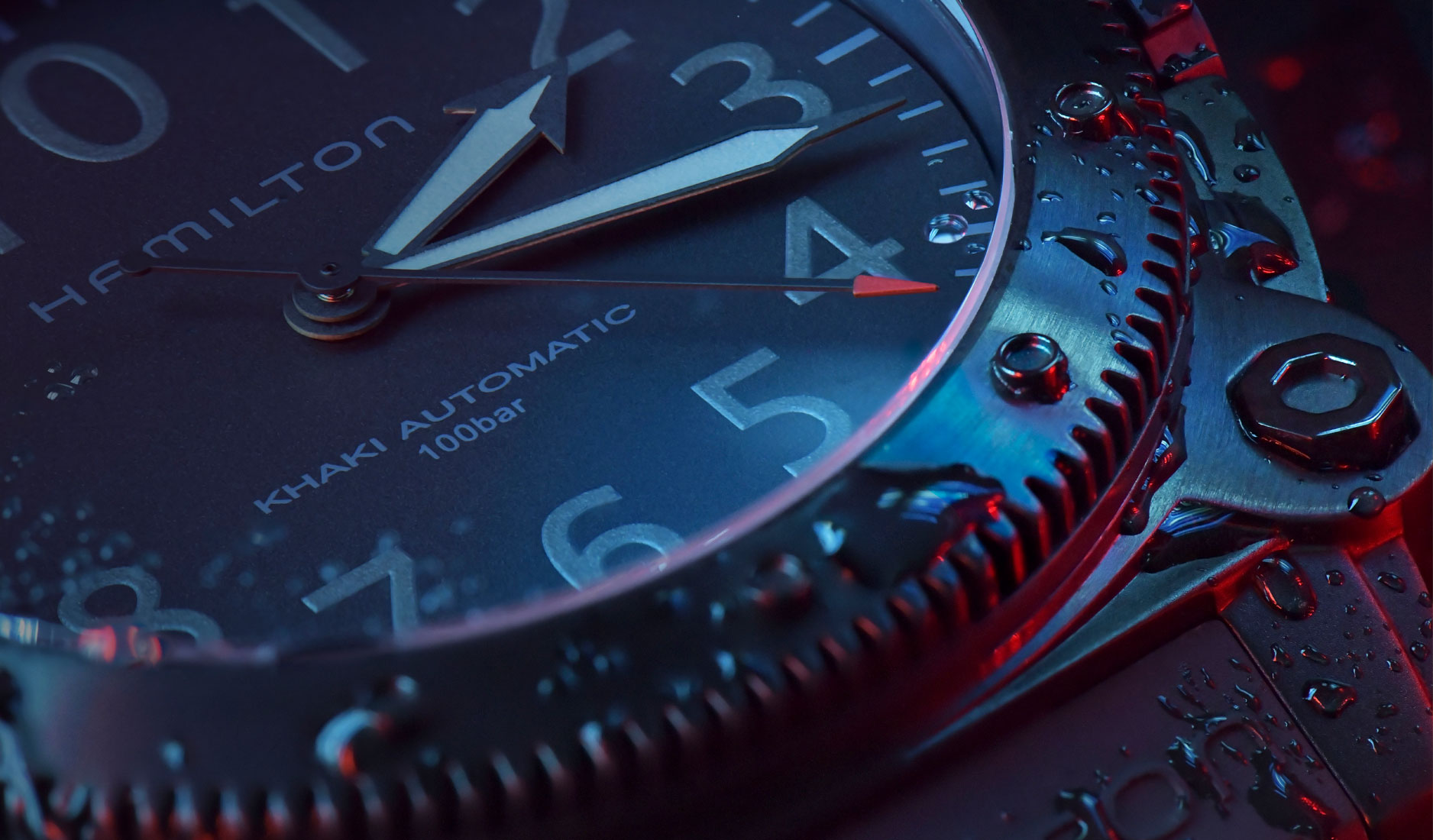 Inside the watch beats the Calibre H-10, a three-hand movement with an impressive power reserve of 80 hours. It’s also water-resistant up to 1,000m, with hour and minute hands in dark grey Super-LumiNova in case you want to take it for more than just a dip. A black rubber strap keeps the look casual and lightweight.

With palindromes (words that are read the same both ways) being a key theme in the movie—the title being an example—Hamilton decided to make the special edition watch limited to 888 pieces. 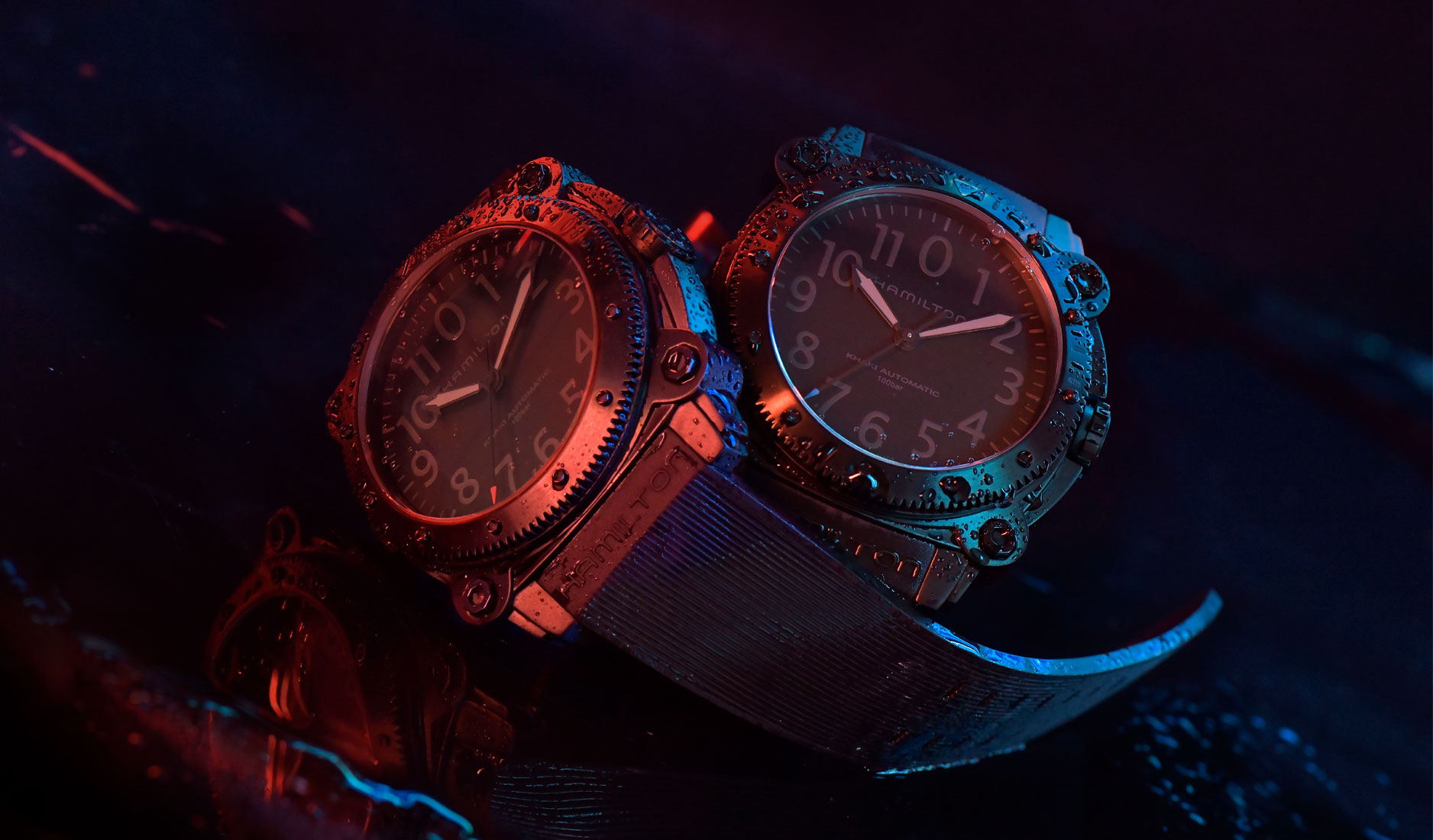 If you’re after a classy dress watch, the Khaki Navy BeLOWZERO Auto Limited Edition is not for you. It probably isn’t the best look for the boardroom either, unless your office is outdoors and your job entails lots of physical activity. But if you’re the adventurous sort with a penchant for rugged sartorial ensembles, this would be right at home on your wrist. Plus, while it’s not small by any measure, it still maintains a certain understated appeal with its full black look.