The first time a watch is featured in-game.

The early noughties were a dark time for wives and girlfriends of gaming fiends. In a period that hinted at things to come, these women collectively lost their men to new FPS (first-person shooter) releases like Call of Duty, DotA and Far Cry.

Almost two decades later, the attraction of these games lives on considerably, with teens and the OG gamers still going at it. Which is why it’s so significant that Hamilton—a name with much screen time itself—has an actual watch featured in the latest Far Cry 6 edition.

Rather than a watch produced as a marketing afterthought through getting the necessary rights and licensing, the Hamilton Khaki Field Titanium Automatic is actually in the game itself and players get to interact with the functions that come with it. 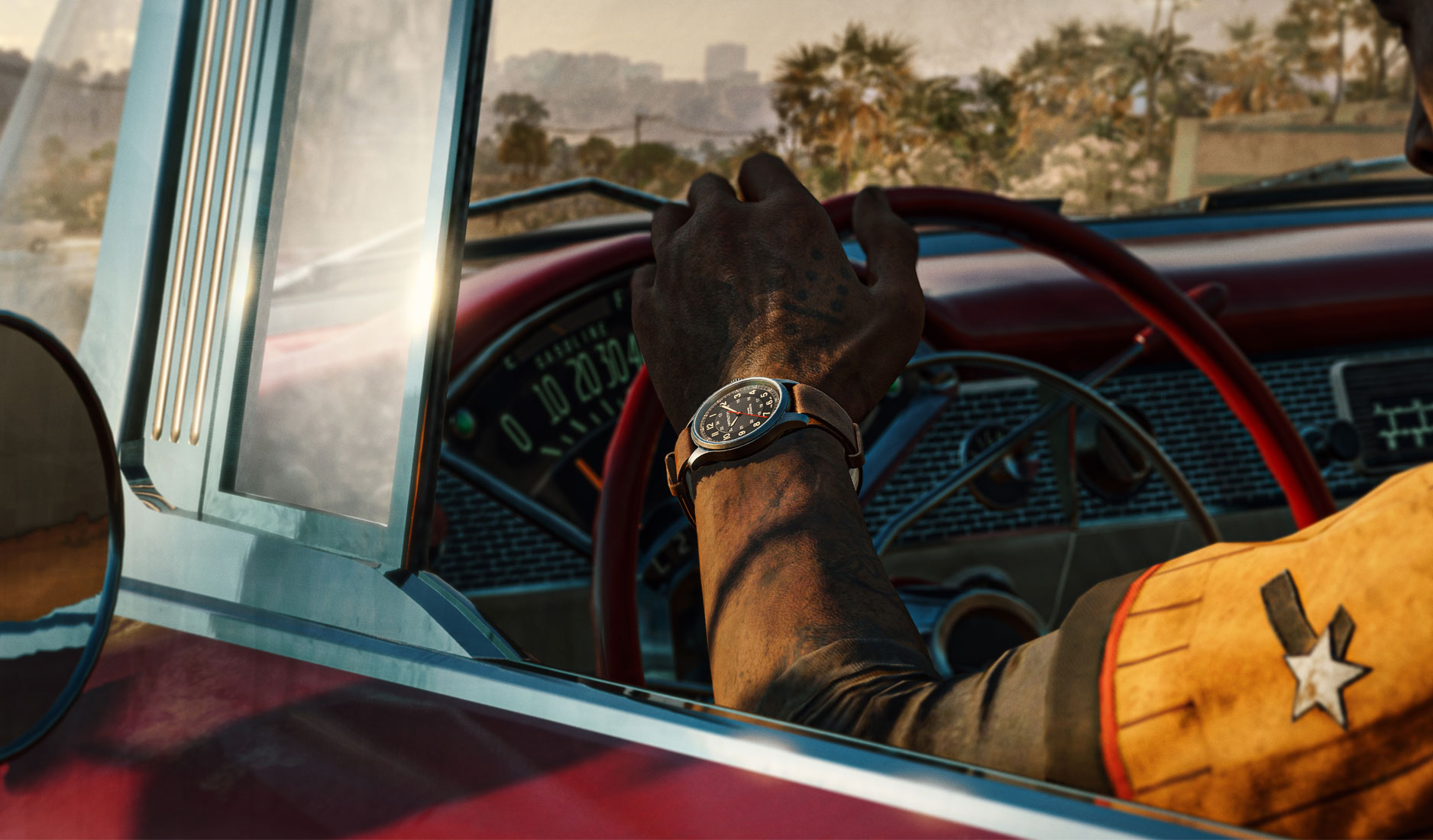 As Far Cry fans will know, the game is set in the fictional Caribbean island of Yara, where its former owner, Santos Espinosa was assassinated in 1983. The Hamilton Khaki Field Titanium Automatic is limited to 1983 pieces, in a nod to this event. 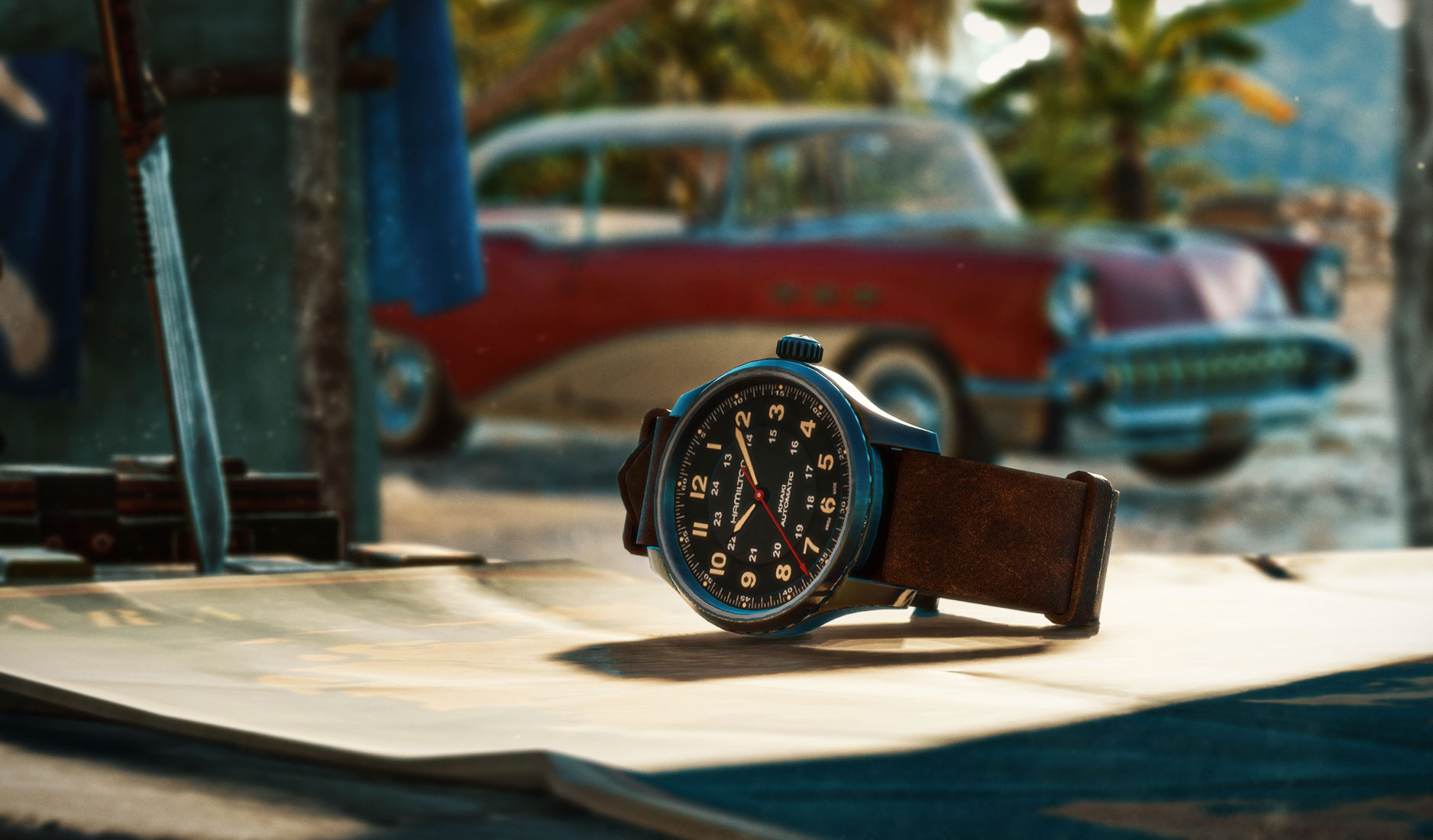 In the game, the watch is given to players who successfully complete a guerilla mission. The in-game timepiece features an original ‘keeps on ticking’ function, improves defense during sprints, and allows players to get in and out of danger efficiently. 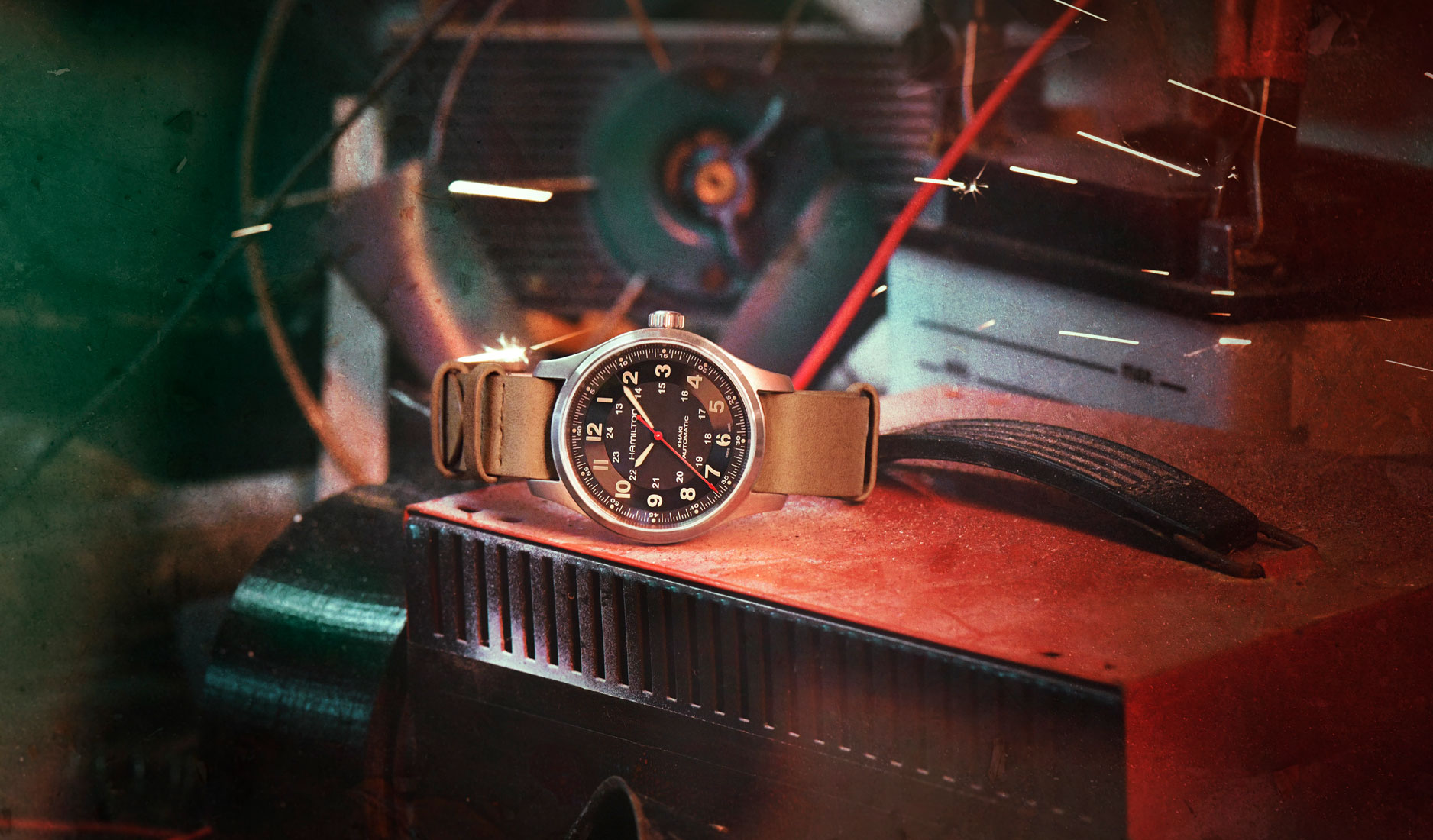 Of course in real life, the watch isn’t going to help get you out of trouble with your wife when you choose a Far Cry sesh over her, but it is rugged and reliable, just like in the game. At 42mm, it’s suitably sized for adventure, or as a daily beater that will get you knowing nods from fellow gamers.

Housed in a brushed titanium case, the timepiece’s black vinyl dial has a matte centre with a split ‘6’ index (below), which mimics the game logo’s typography. In honour of Yara’s guerilla forces, the seconds hand is in red, referencing the game colours.

Inside the watch is the automatic Calibre H-10 with 80 hours of power reserve, 100m water-resistance, and a skeletonised rotor, seen through the open caseback. 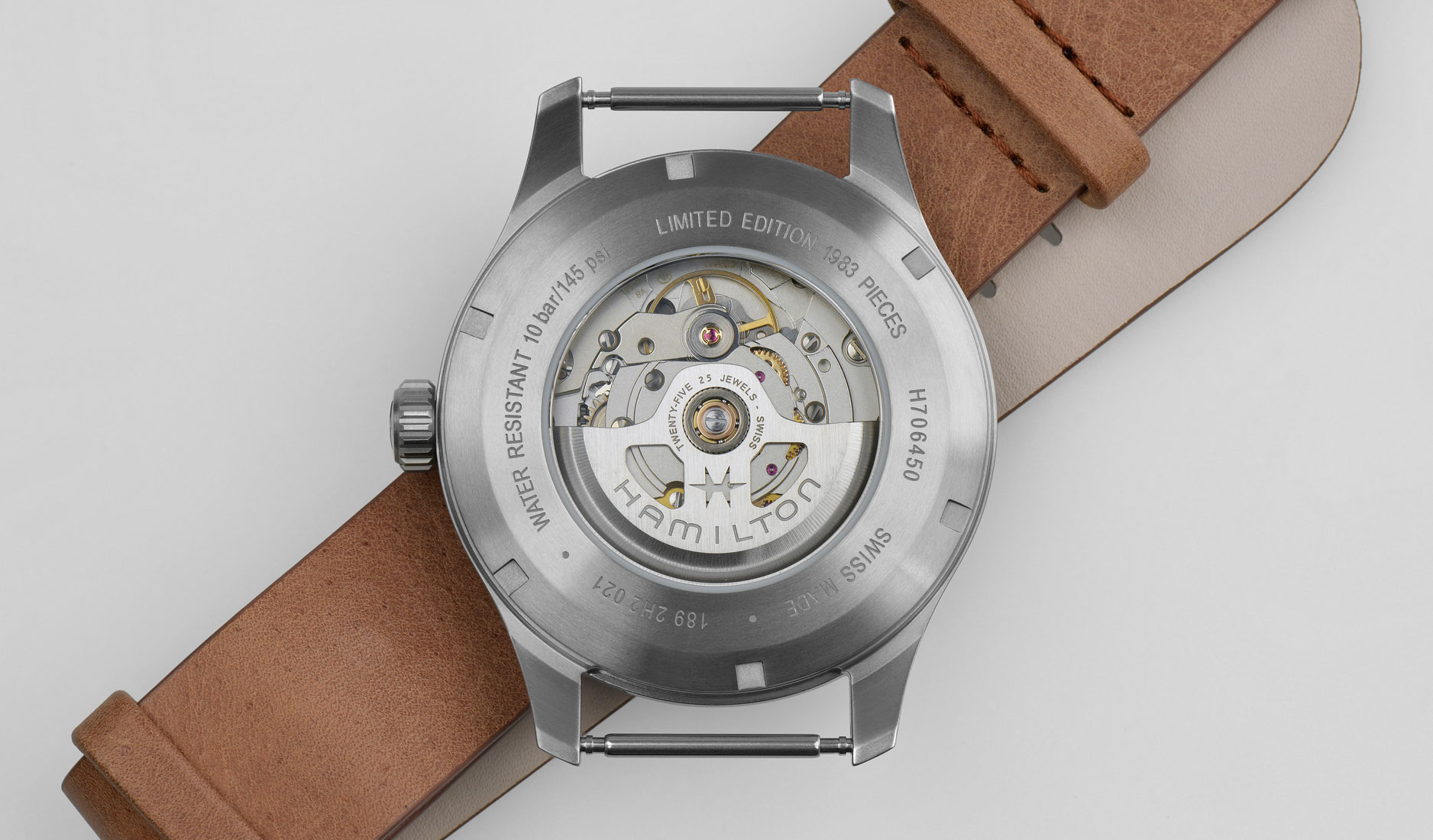 Just like in the game, the watch comes with a brown leather NATO strap, as well as an additional brown nubuck leather strap and a changing tool so you can swap out the straps yourself like the dexterous gamer you are. The set comes in an eco-friendly packaging with a leather pouch as well. 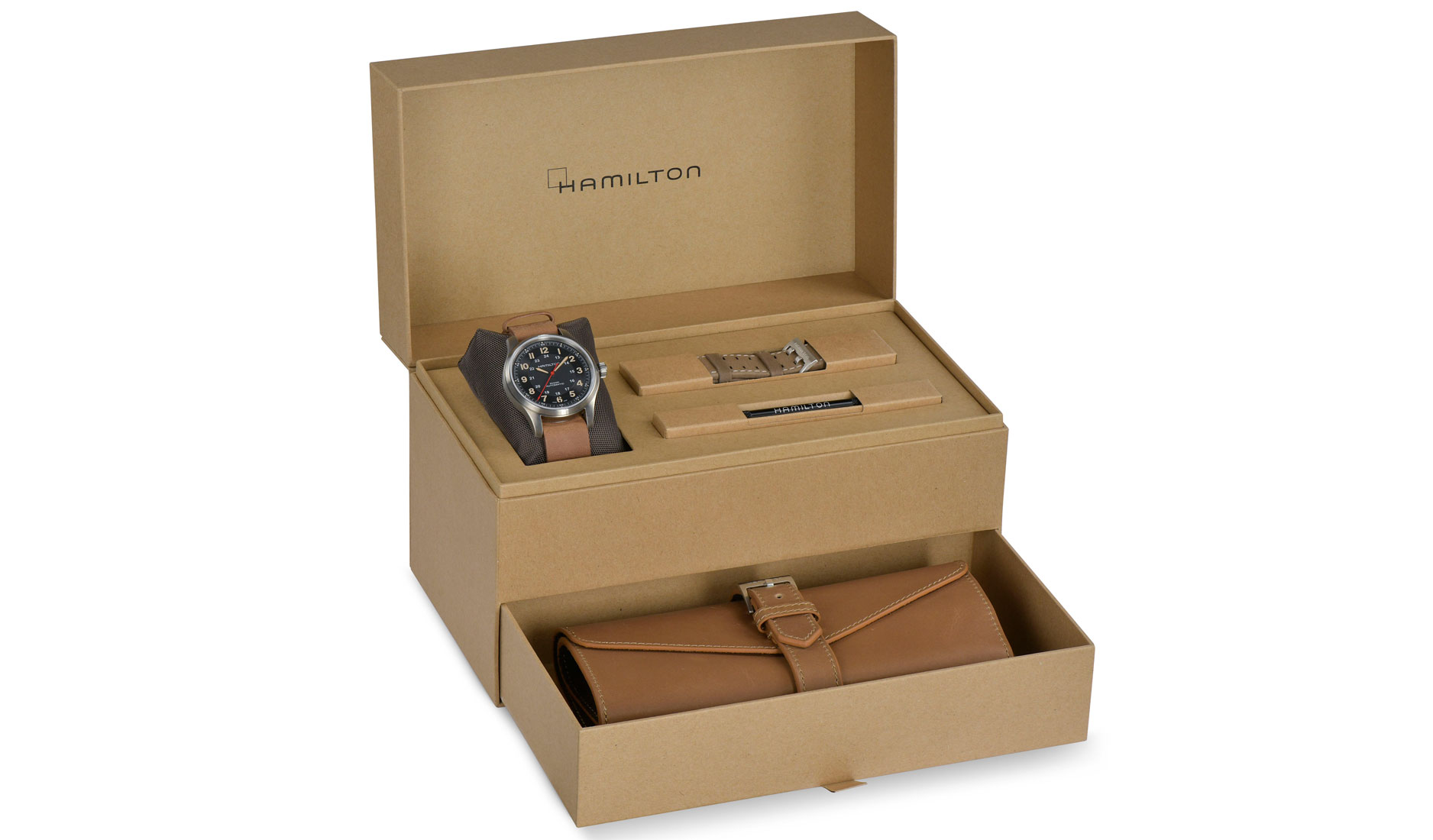 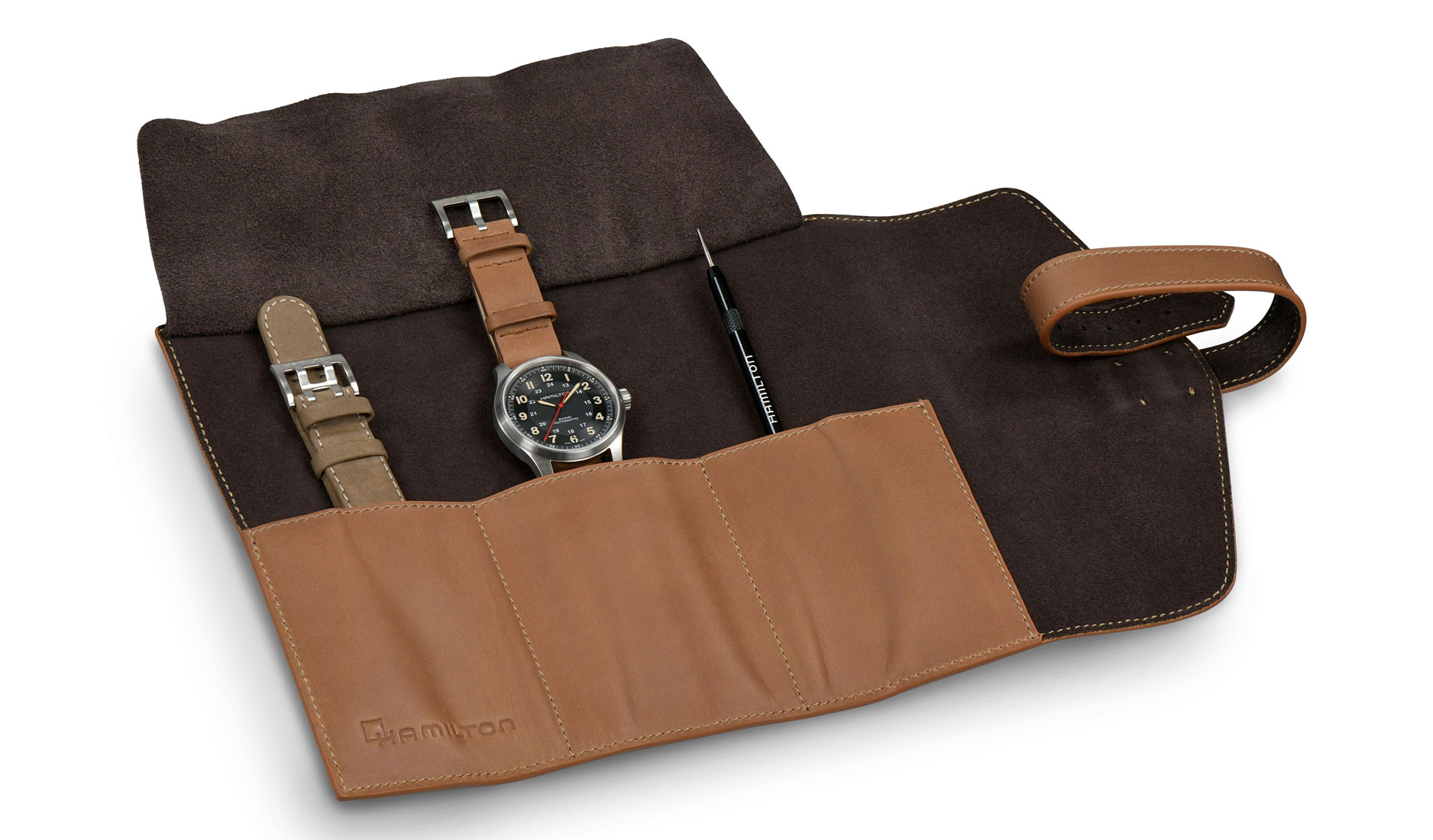 We think he’s spot on in describing a watch gamers are likely to be thrilled about. After all, having a watch in-game and in real life is pretty cool indeed. Plus, the relatively accessible price of S$1,650 means it won’t be long before all 1,983 pieces are in the hands of Dani Rojases everywhere.

Click here for more details and to locate retailers carrying the watch.