The latest Grand Seiko Hi-Beat collectible is loaded with nostalgia and award-winning lineage. 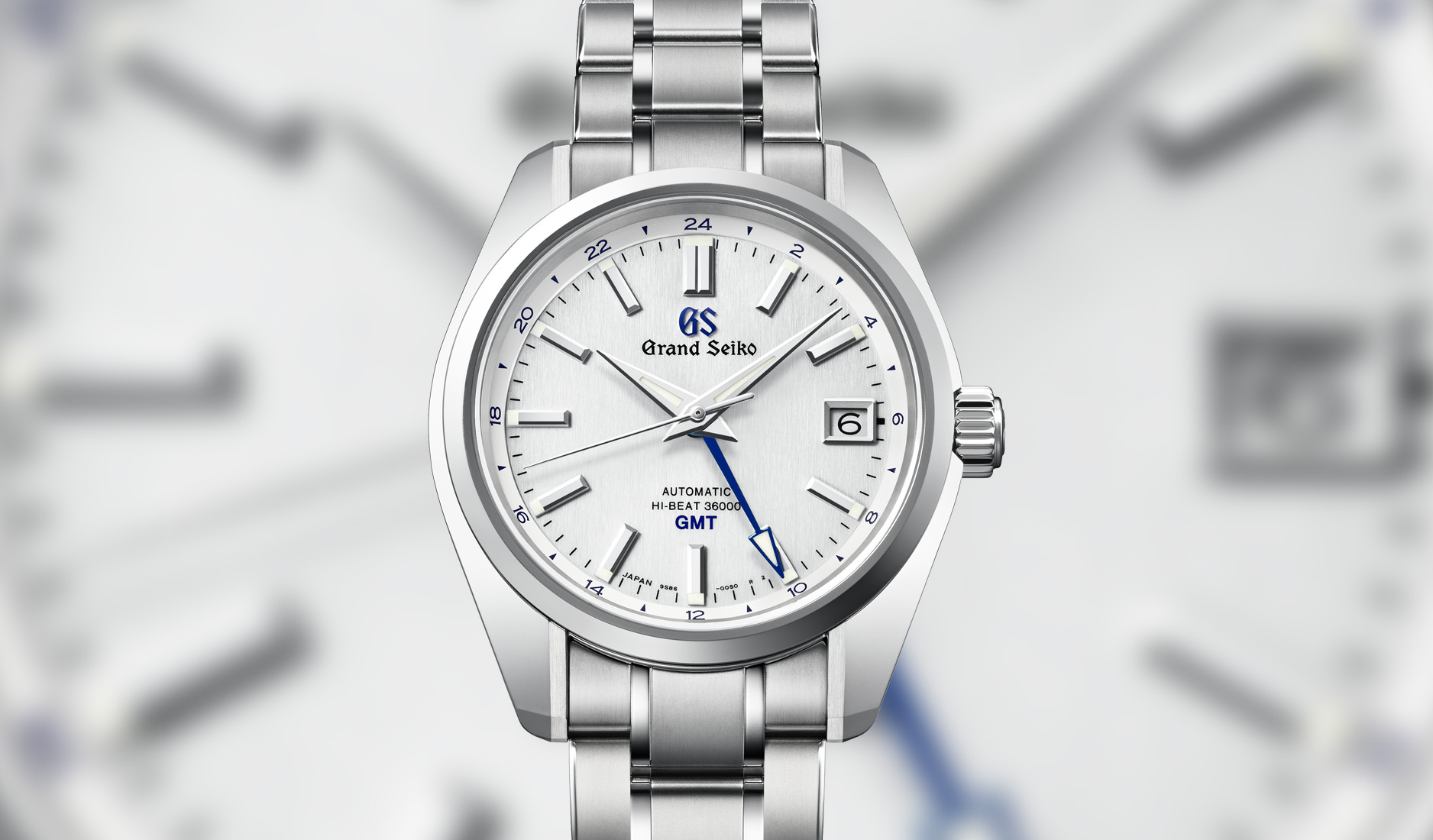 Is it better to go faster? While the debate remains open about the true efficacy of high-frequency movements (known to register greater precision compared to movements oscillating at standard or low frequencies, but are believed to be energy-sapping and more susceptible to wear and tear), there is no denying that this niche of mechanical engines are dominated by an elite few in modern watchmaking. Among the illustrious marques that have cemented their places in this horological category include Zenith with its legendary El Primero chronographs, TAG Heuer with its ‘Mikro’ range of high-speed tourbillons and chronographs, and on a niche level, the likes of Breguet and Chopard with groundbreaking  10Hz and 8Hz movements, respectively.

And then there’s Grand Seiko. The Japanese watchmaking titan is a familiar gate-crasher to the upper echelons of Swiss-dominated horological circles, and it is not surprising to find it alongside the aforementioned companies in the field of top-rated high-frequency watches. With the latest Heritage Hi-Beat 36000 GMT 44GS 55th Anniversary Limited Edition, Grand Seiko not only covers familiar ground when it comes to high-frequency mechanical specs, its lovingly made limited edition serves as a great reminder of the pioneering ethos that the brand brings to the table.

This watch bears direct lineage to the Hi-Beat 36000 GMT Limited Edition (SBGJ005) that won the ‘Petite Aiguille’ award at the 2014 Grand Prix Horlogerie de Genève. As an aside, another Grand Seiko high-frequency model, the Hi-Beat 36000 80 Hours Calibre 9SA5, won the ‘Men’s Watch Prize’ at the 2021 edition. So, for those who are new to Grand Seiko’s Hi-Beat offerings, those awards ought to give an indication of the watches’ stature. 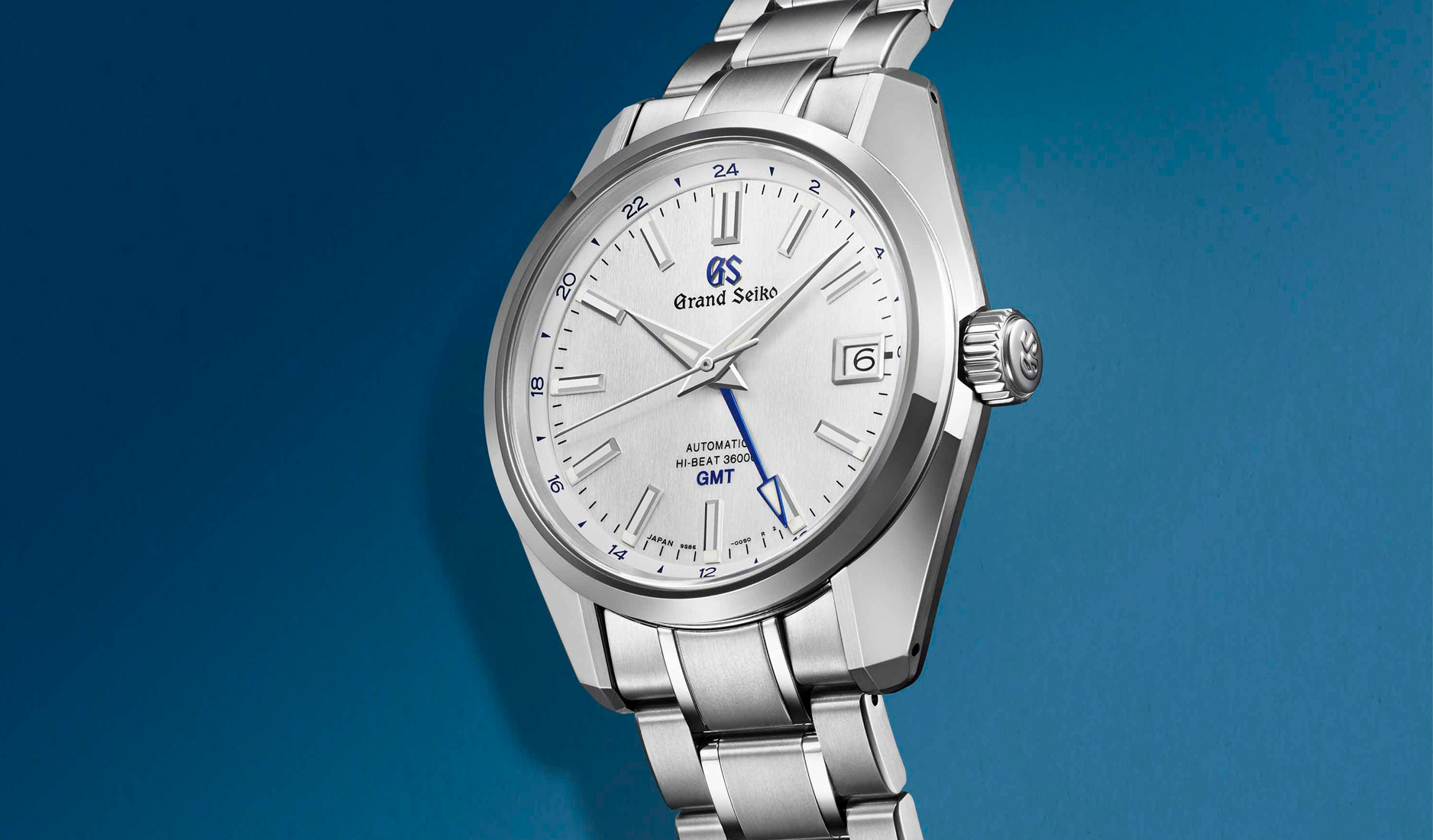 Lauded for its solid performance and precision (55-hour power reserve and +5/-3 seconds daily deviation), the movement also features proprietary Seiko innovations. They include a redesigned hairspring, as well as escape wheel and pallet fork made using MEMS (Micro Electro Mechanical System) technology that allows for the manufacturing of components with more intricate designs, that are also lighter with smoother surfaces to minimise friction and wear-and-tear.

For all its modern, high-frequency trappings, the absolute draw of the Heritage Hi-Beat 36000 GMT 44GS 55th Anniversary Limited Edition has to be its throwback-inspired aesthetics. Previous iterations of the Hi-Beat GMT, while stately and dressy, exude a sense of contemporary chic. This commemorative edition, on the other hand, takes design inspiration from the original Grand Seiko from 1967, the 44GS, a watch that wrote the rulebook for how all Grand Seikos ought to look and perform. 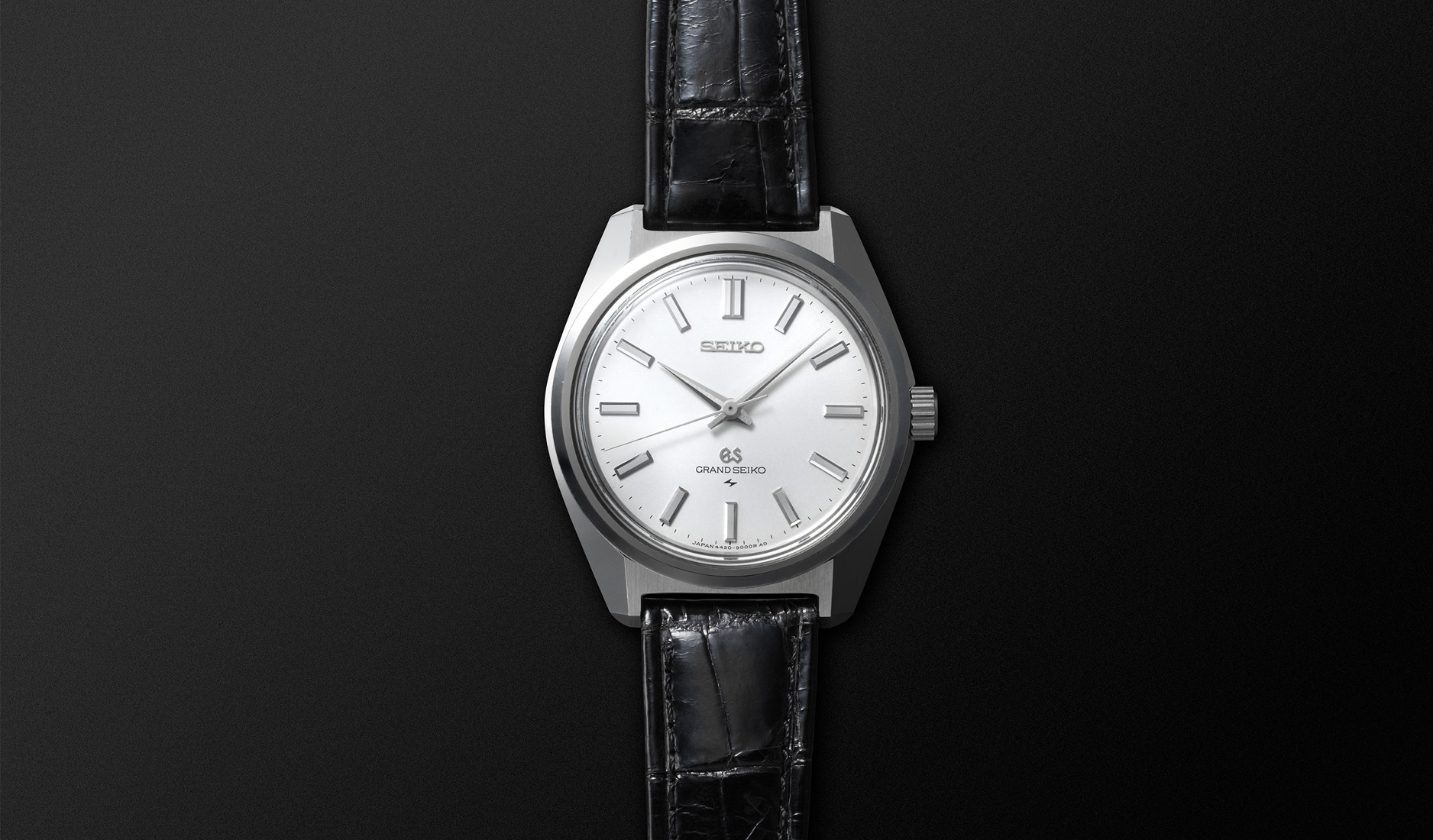 The Grand Seiko aesthetic adheres to nine detailed design principles - the 'Grand Seiko Style', as the brand christens it, call for specific features such as a highly polished bezel, multi-facetted hands and markers, half-recessed crown, reverse slated bezel wall and case side, amongst others. These features are all faithfully replicated in all modern Grand Seikos and, on the Heritage Hi-Beat GMT (SBGJ255), appear even more pronounced.

Housed in a 40mm titanium case with matching bracelet, the Heritage Hi-Beat 36000 GMT 44GS 55th Anniversary Limited Edition is a picture of pristine refinement. Complemented by a silver dial with the faintest of vertical-brushed texture that is accentuated by a dash of navy on the logo and GMT hand, the watch’s monochromatic appearance allows its intricate details and meticulous finishing – including the famed Zaratsu technique akin to mirror polishing - to shine. The stupendous yet nuanced high-contrast finishing and attention to detail are not so ostentatious that they command attention but, rather, serve a higher purpose in a watch where the sum of its virtues are greater than its parts. 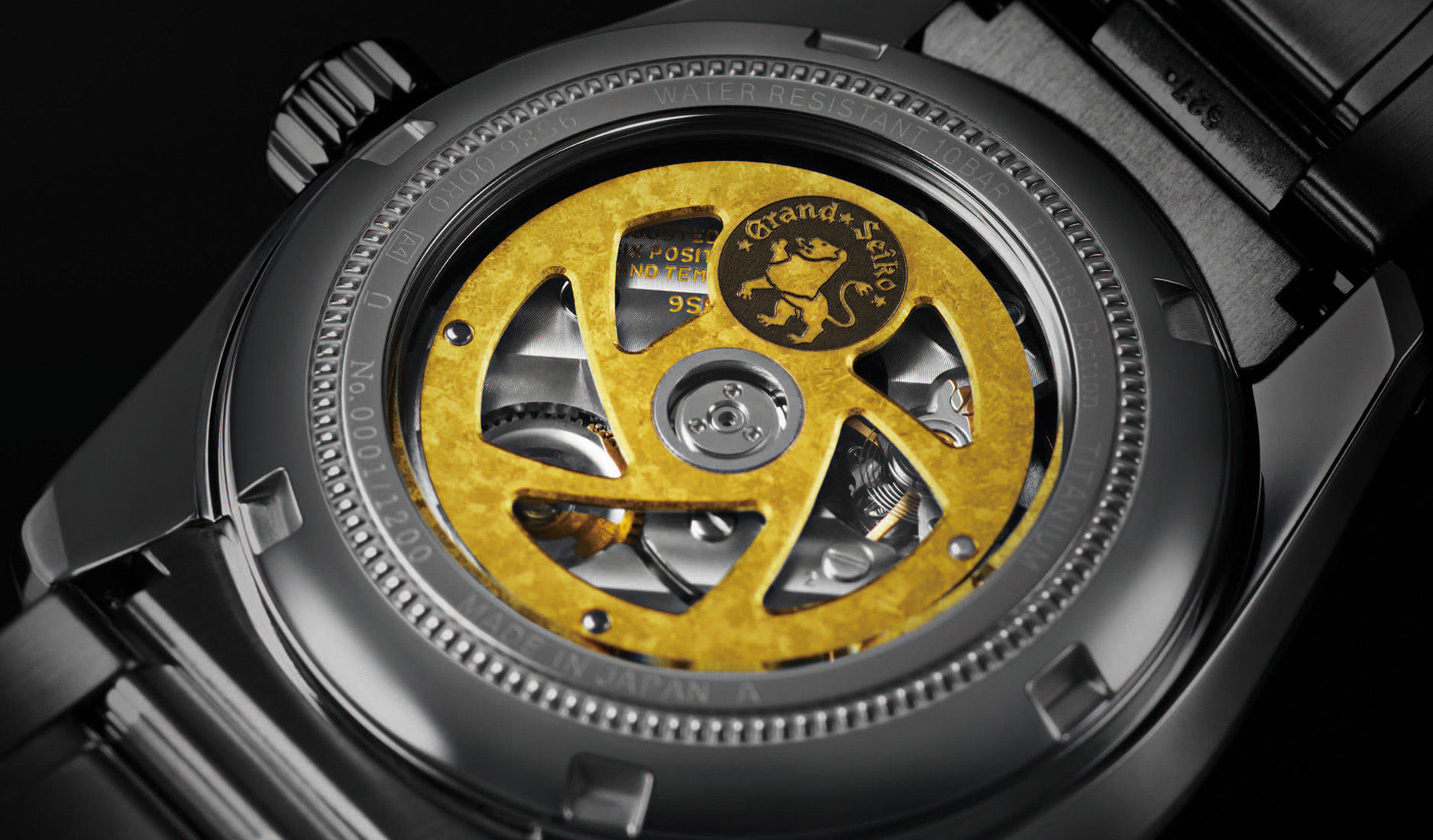 That said, the watch does indulge in a bit of showiness, albeit with characteristic subtlety. Flip the Heritage Hi-Beat 36000 GMT 44GS 55th Anniversary Limited Edition over and one is treated to the sight of an open caseback that offers a view to the automatic Calibre 9S86, adorned by a specially sculpted rotor bearing the Grand Seiko lion emblem that is sheathed in a gorgeous gold tone, created by subjecting the titanium material to an oxidisation process through electrolysis.

Limited to 1,200 pieces, the Heritage Hi-Beat 36000 GMT 44GS 55th Anniversary Limited Edition is an excellent tribute to the original Grand Seiko 44GS on the occasion of the original’s 55th anniversary. And just as the 44GS was a trailblazer in its day, the commemorative model seeks not just to replicate, but present a modern iteration that sets its own design and technical benchmarks. 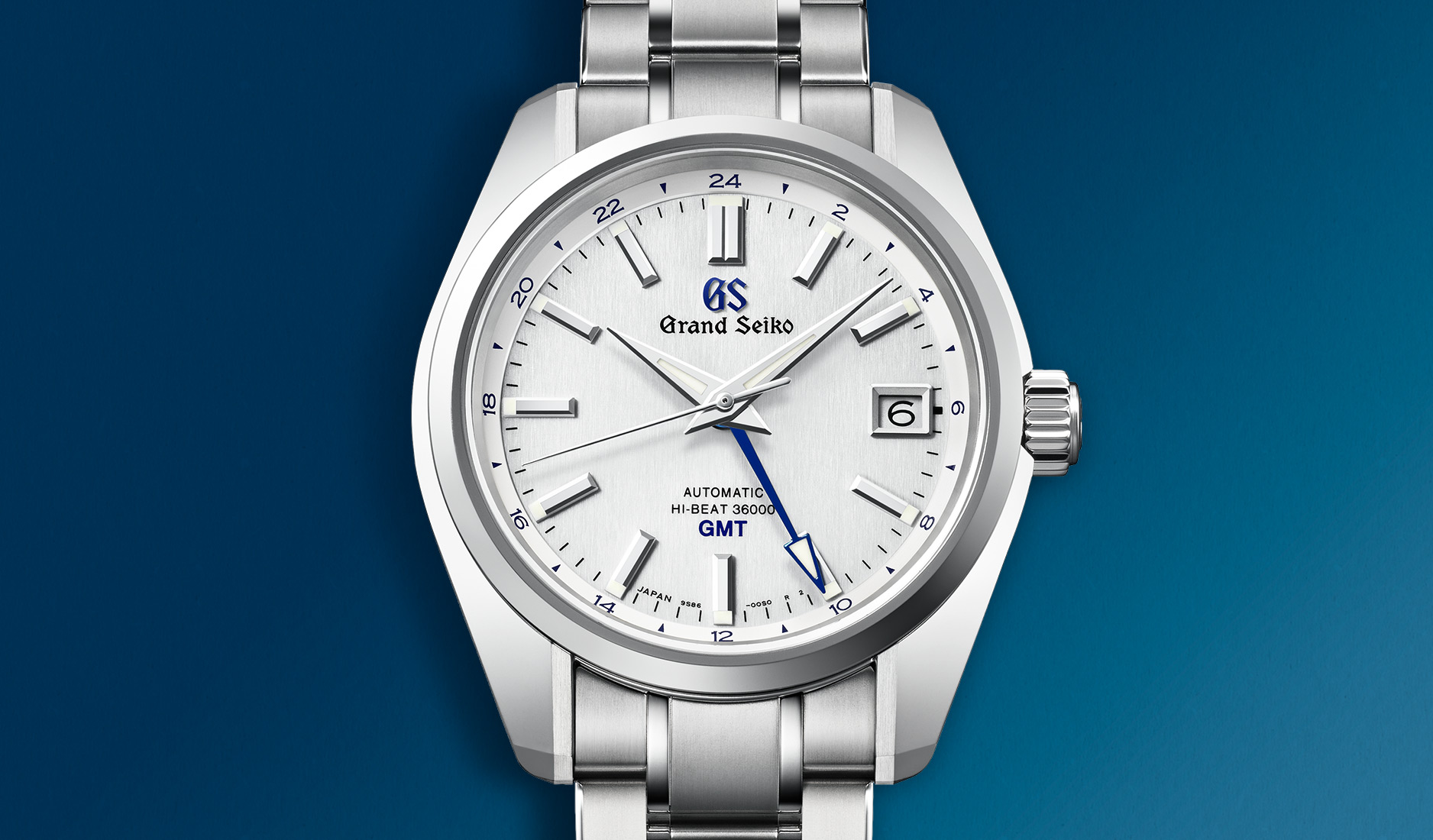