Precision watchmaking at its most elegant and uncompromising. Piqued by the work of one of the greatest marine chronometer makers of the 18th century, Chopard’s co-president Karl-Friedrich launched Chronométrie Ferdinand Berthoud in 2015. A boutique marque of sorts, the Ferdinand Berthoud brand focuses on making only a small number of timepieces a year with the objective of encapsulating the spirit and ingenuity of its namesake inspiration.

Five years since its launch, and on the 250th anniversary of Berthoud’s royal appointment, the company introduces the Chronomètre FB 2RE, its first round-cased watch that’s deceptively simple and dressy. 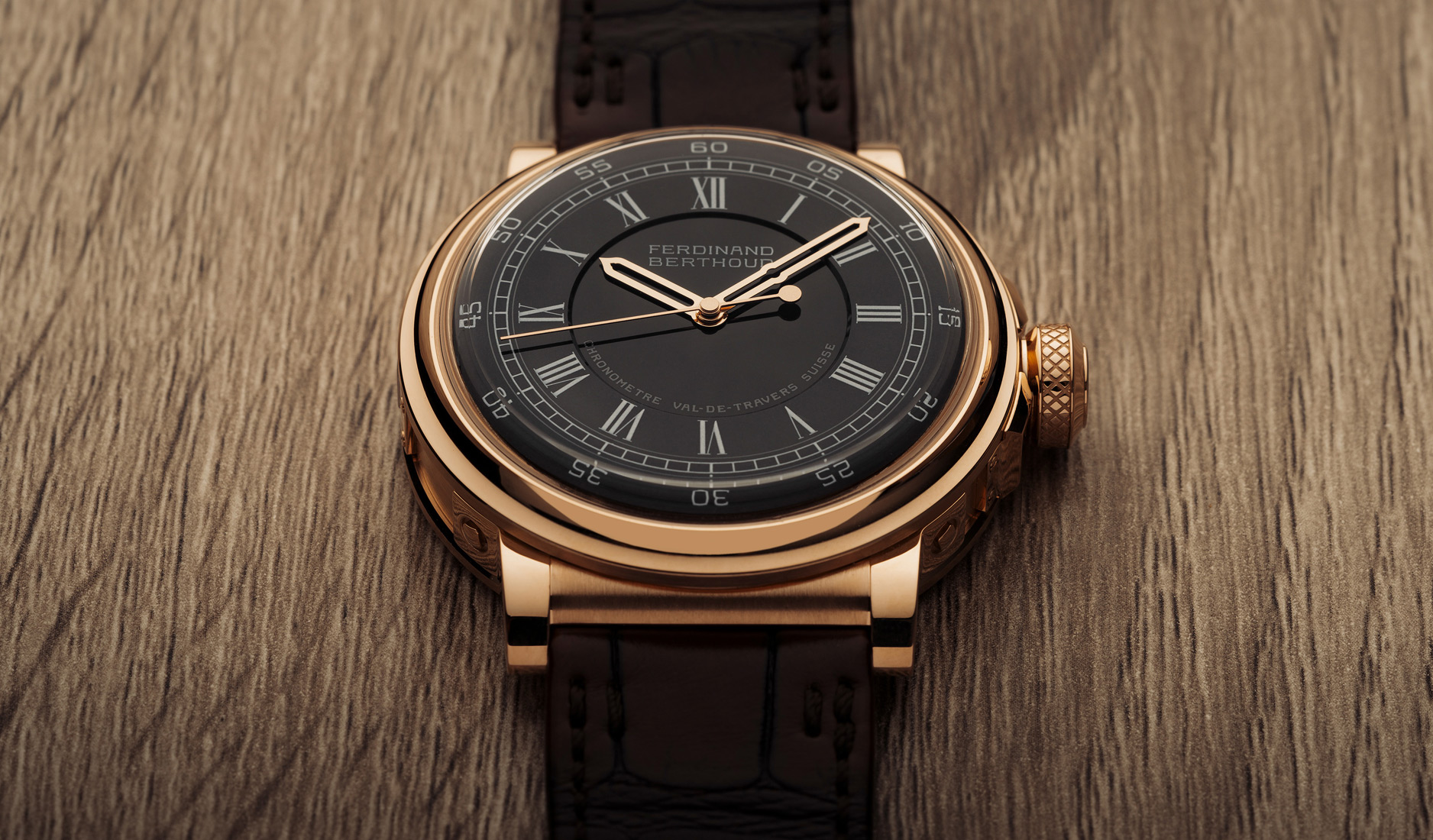 From the front, the Chronomètre FB 2RE’s dual-layer grand feu enamel dial, and classic three-hand display with old-style Roman numerals, railway track and five-minute markers give nothing away. The watch is said to be inspired by Berthoud’s Marine Clock No. 6, a cylindrical-shaped contraption that rests on a gimbal support system, and one can certainly notice the resemblance in the dials of both timekeepers – not to mention their pursuit of precision. 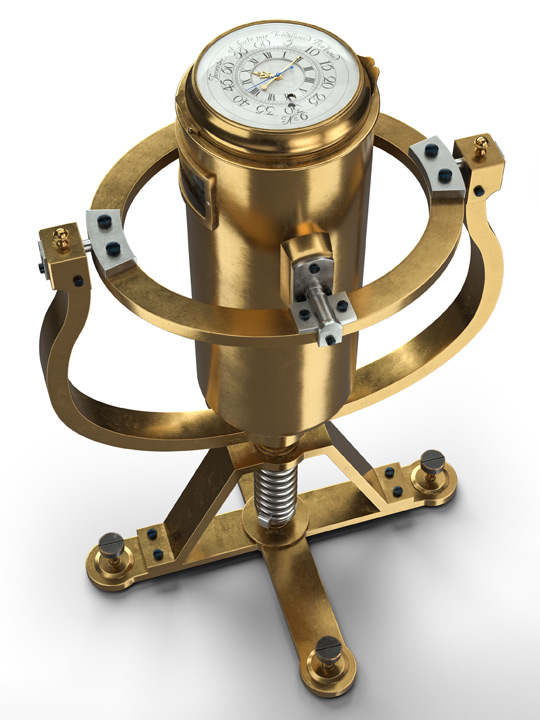 Inside the Chronomètre FB 2RE is the beautiful handwound movement, the Calibre FB-RE.FC with fusée-and-chain mechanism and remontoir d’égalité. Aficionados who are familiar with the brand will notice the absence of a tourbillon in the Chronomètre FB 2RE. Though a mainstay of Ferdinand Berthoud’s prior creations, the tourbillon is said to be more than ably replaced by the remontoir d’égalité.

The fusée-and-chain mechanism comprises a system of two cone-shaped pulleys and a connecting chain that ensures constant torque in the movement. Meantime, the remontoir d’égalité is an energy-dispensing system that delivers a small amount of stored energy every second from a secondary hairspring to the regulating system. 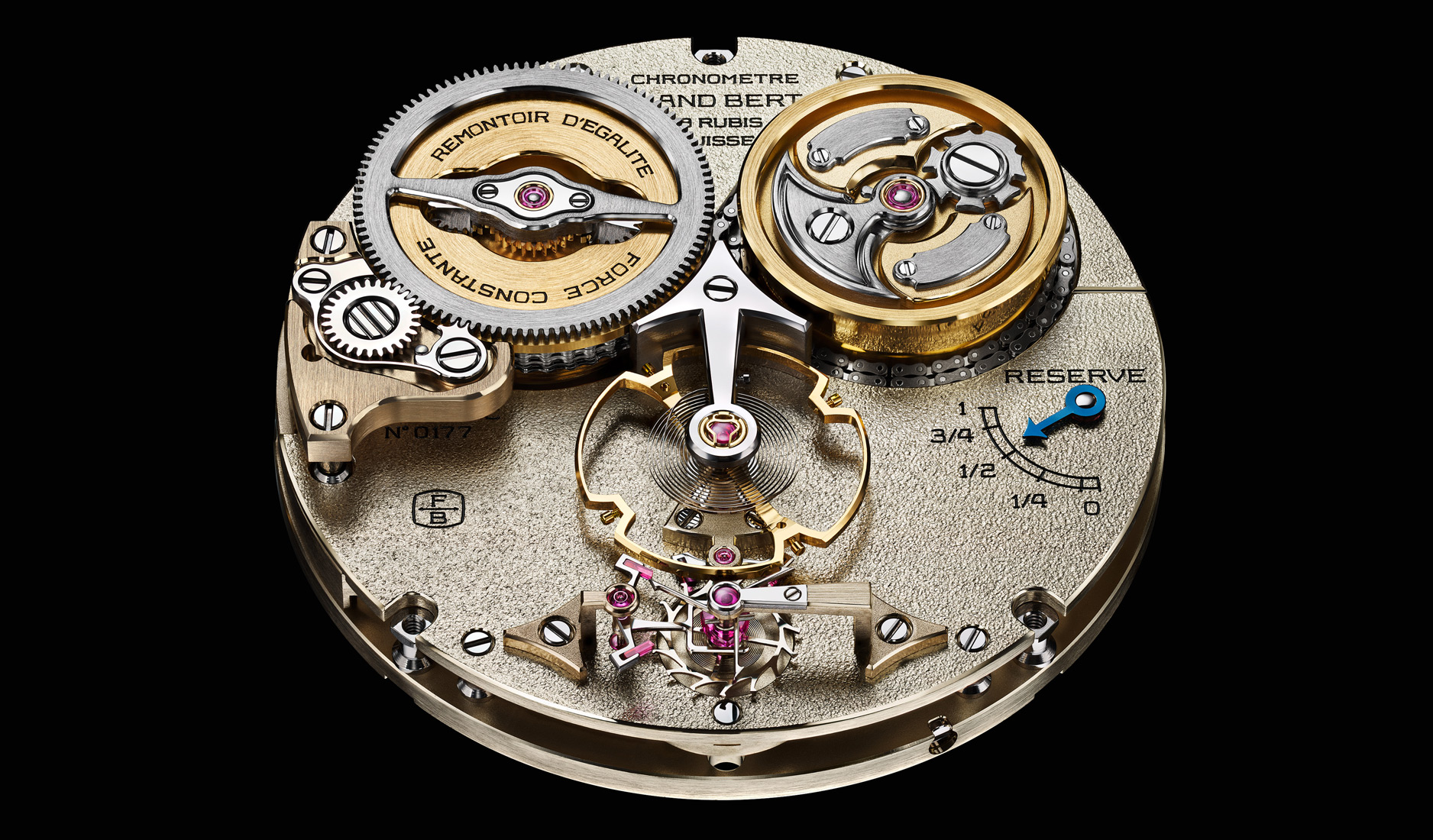 To put it simply, the fusée-and-chain system controls the overall transmission of power, while the remontoir d’égalité performs the role of energy gatekeeper at the end of the power supply chain. Together, the two mechanisms combine to ensure that the movement beats at an undulating amplitude throughout the duration of the watch’s power reserve and, as a consequence, delivers highly accurate timekeeping. 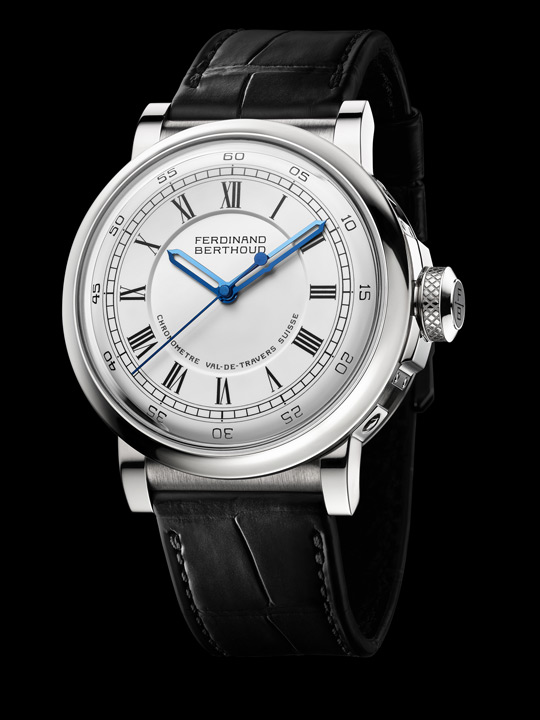 The watch’s complex and gorgeous innerworkings are paraded in full via an open caseback. Set against a base of frosted German silver, the aforementioned constant force mechanism takes pride of place. At the bottom half of the movement, the escapement and balance, which whirls at a slow cadence of 18,000 vph, are displayed without gear trains to distract from the watch’s key regulating components. The finishing is top-notch, as to be expected, and the architectural presentation that elevates the movement to the stature of mechanical sculpture, rather than mere engine, is fast becoming a Ferdinand Berthoud trademark. 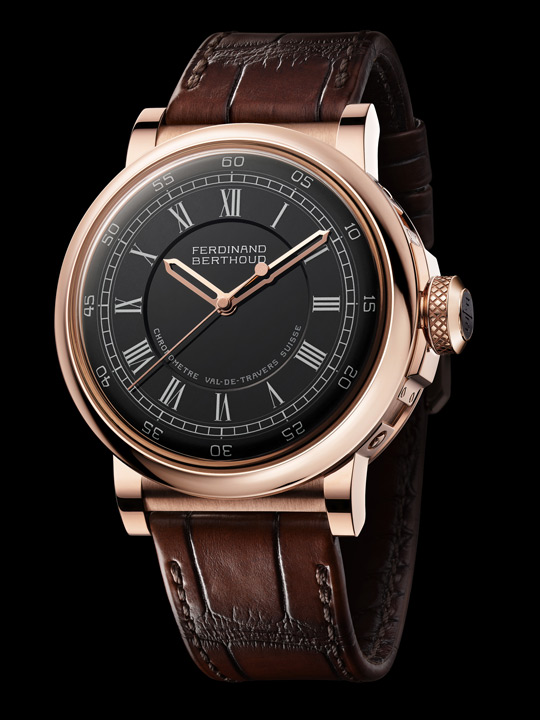 Available in limited editions of 10 pieces each in rose gold with black dial, and white gold with white dial, the Chronomètre FB 2RE is, despite all appearances, not your everyday three-hand watch. Made with the kind of intelligent engineering and heartfelt artisanship that recalls horology of yore – and also to justify its princely S$307,500 price tag – it’s also quite possibly the kind of watch that Berthoud would’ve found agreeable if he were around today.