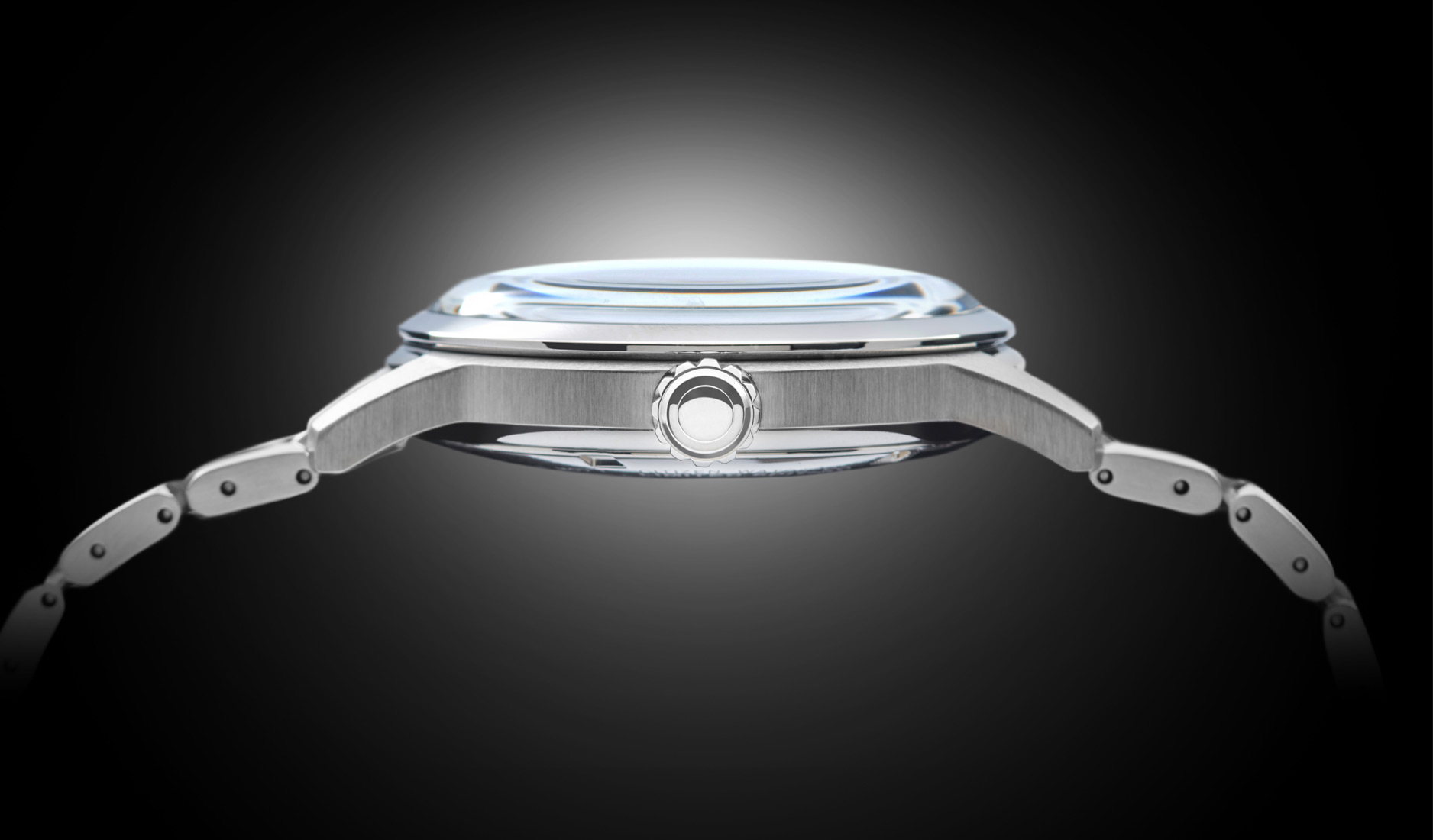 Given the scope of new inventions that the watch industry has managed to come up with in the past few centuries, it’s easy to take for granted the tireless pursuit of innovation that horologers embark on just to give us something to get excited about.

Citizen, for instance, would like to remind us that water resistance wasn’t always a given. Rolex was the first to achieve this with its Oyster in 1926, but it was Citizen who proved that the Swiss didn’t have the monopoly on innovative alterations. In 1959, Citizen unveiled the Parawater, the first Japanese water-resistant watch. 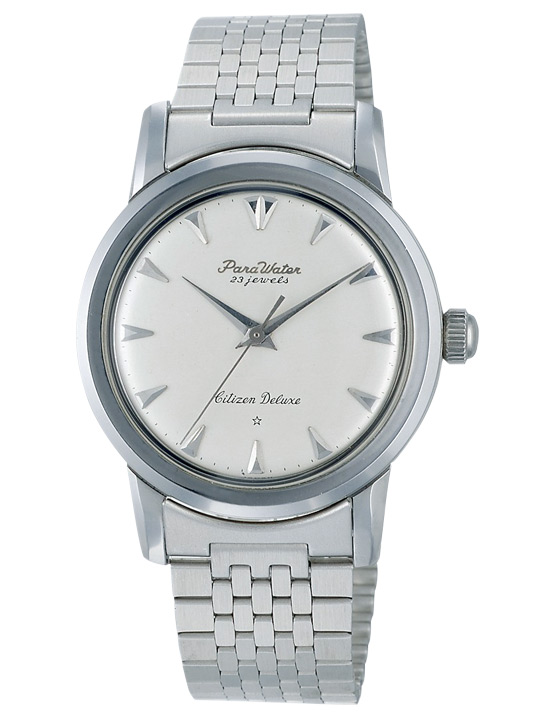 New tech tends to be costly, but Citizen wanted the masses to enjoy its innovation. So compared to their fancy Swiss counterparts, the Parawater was priced at ¥6,000 ($76), affordable for a high school graduate pulling in an average starting salary of about ¥12,500 at the time.

It was fortuitous then that the Parawater’s first ‘extreme’ test that took place in 1962 wasn’t even officially organised by the company. Yachtsman Kenichi Horie, famed for sailing around the world in a yacht made of recycled beer cans in 2002, was the first person to make a non-stop solo crossing of the Pacific Ocean in 1962. And for that journey, he brought along his two Parawater watches.

Citizen then decided that the Parawater could do with a little more showy punishment. In 1963, the brand partnered the Japan Maritime Self-Defense Force and the Tokyo University of Marine Science and Technology in an ocean current survey. The experiment involved dropping bottles holding survey forms into the sea in the hopes that people who pick them up would send the forms back. Citizen suggested a modification to the survey that would let them test the performance of the Parawater at the same time. 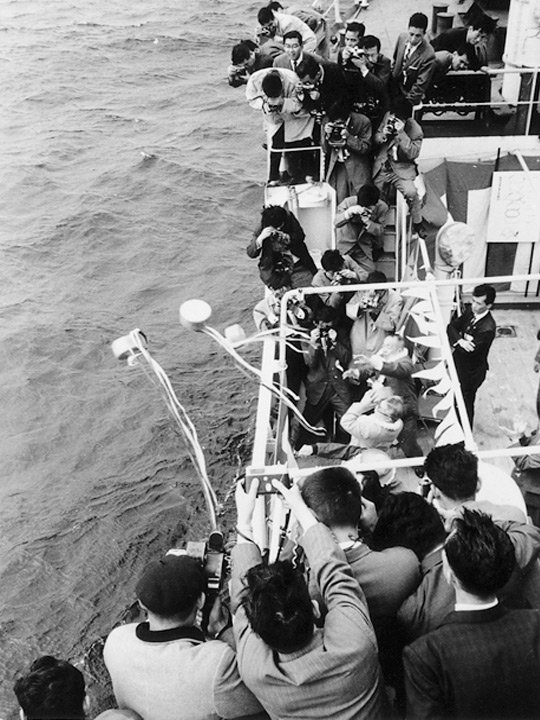 The bottles ended up as bright yellow buoys with clear labels and indications of its research aims. Each one also had a Parawater watch attached to it, along with instructions on how to contact Citizen once found. Lucky finders were allowed to keep the watch as incentive for getting in touch. One hundred and forty buoys were released in the first round of the experiment. In 1964, the test was extended with an additional 47 buoys and named ‘Kuroshio 64’, after the Kuroshio current that flows past Taiwan and the southeast coast of Japan.

Legacy collections are anchored not just by the charm of vintage designs, but by legendary tales such as this, so Citizen has chosen well in picking the Parawater as the inspiration behind its new Kuroshio ’64 watch, which is part of the Citizen Asia Limited Series. 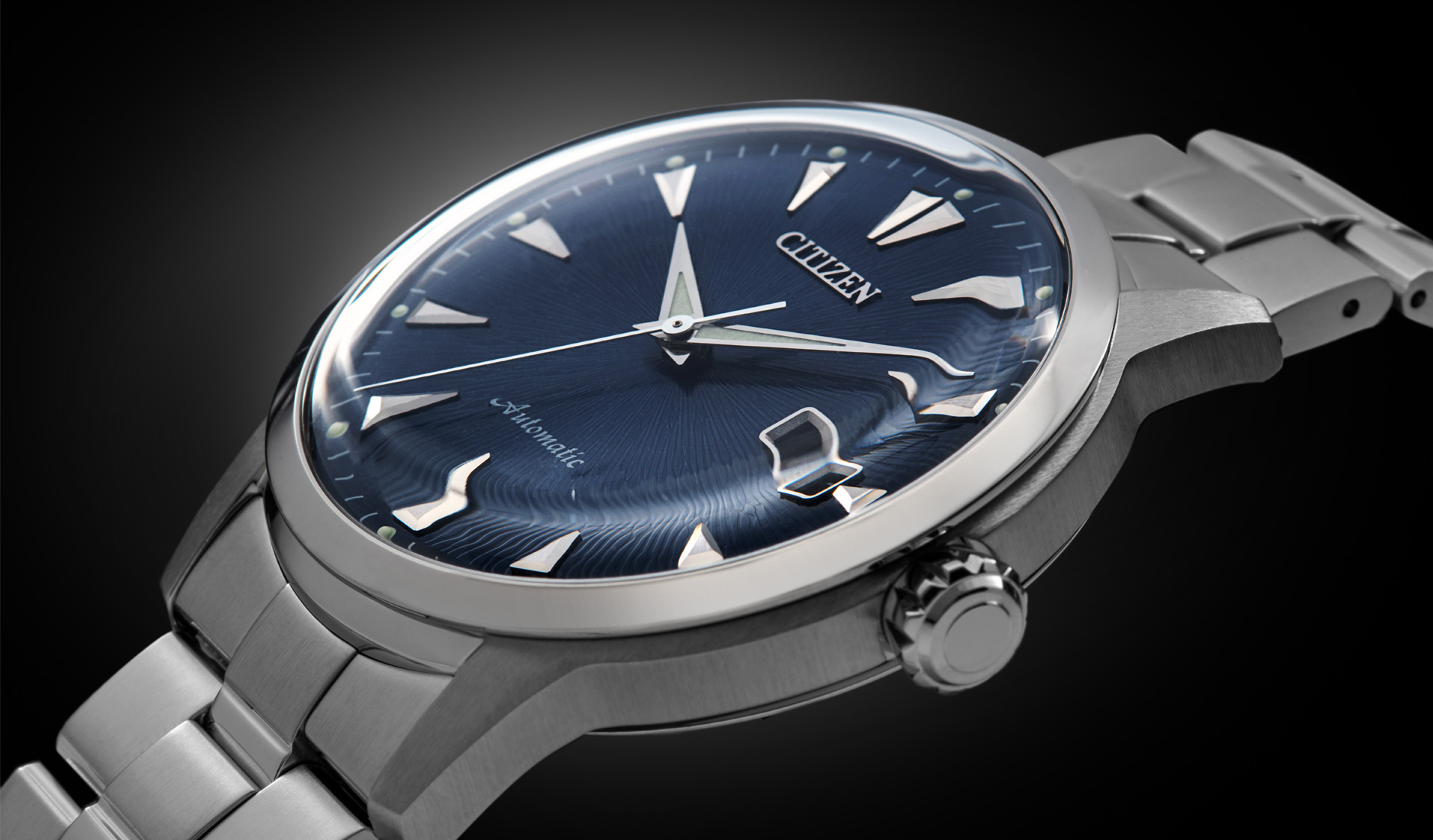 Its modern descendants are immediately familiar, featuring the same case and lug shapes, arrowhead hour markers, dauphine hands and domed crystal cases. But newcomers will appreciate the increased 41mm case size, a more tactile crown as well as lume-filled hour marker dots. The look is decidedly dressy by today’s standards, but it gives us an idea of a time when high-performance tool watches could still appear classy and dignified, instead of the clunky, chunky beasts that we are now familiar with. 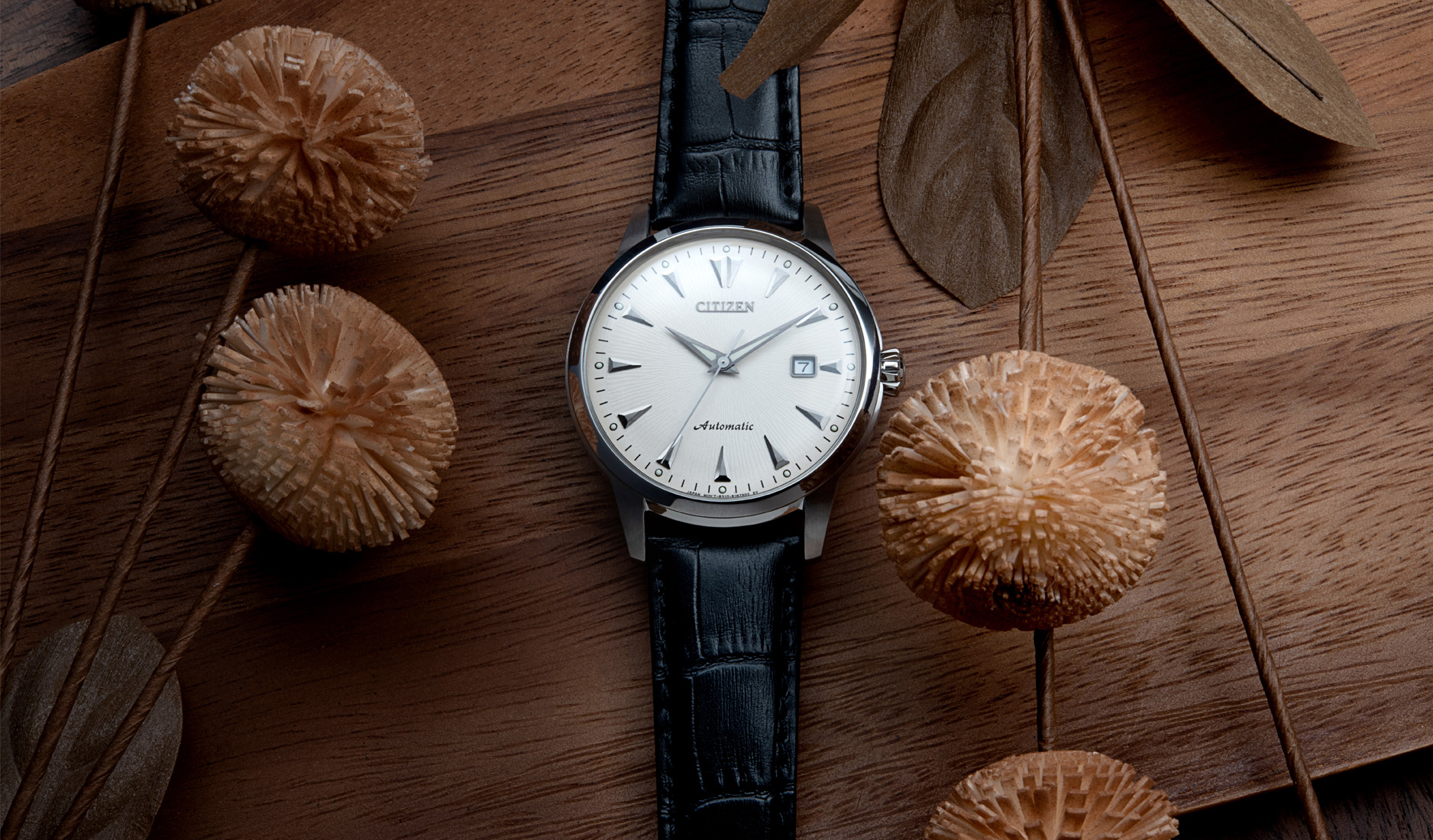 The Kuroshio ’64 models also have dials refreshed with a subtle embossed wave pattern, and are available in dark blue, black, dark green, beige and silvery white. Stainless steel bracelets will accompany the black and white dial models, while brown leather straps are options for the green and beige dials. Amongst this line-up is a blue dial-and-bracelet combo (NK0008-85L), which is limited to 1,959 pieces. Powering them is Citizen’s Calibre 8310, an automatic movement with hacking seconds and a 60-hour power reserve. Incidentally, the watches’ water resistance rating is similar to that of their forebears at 50m. 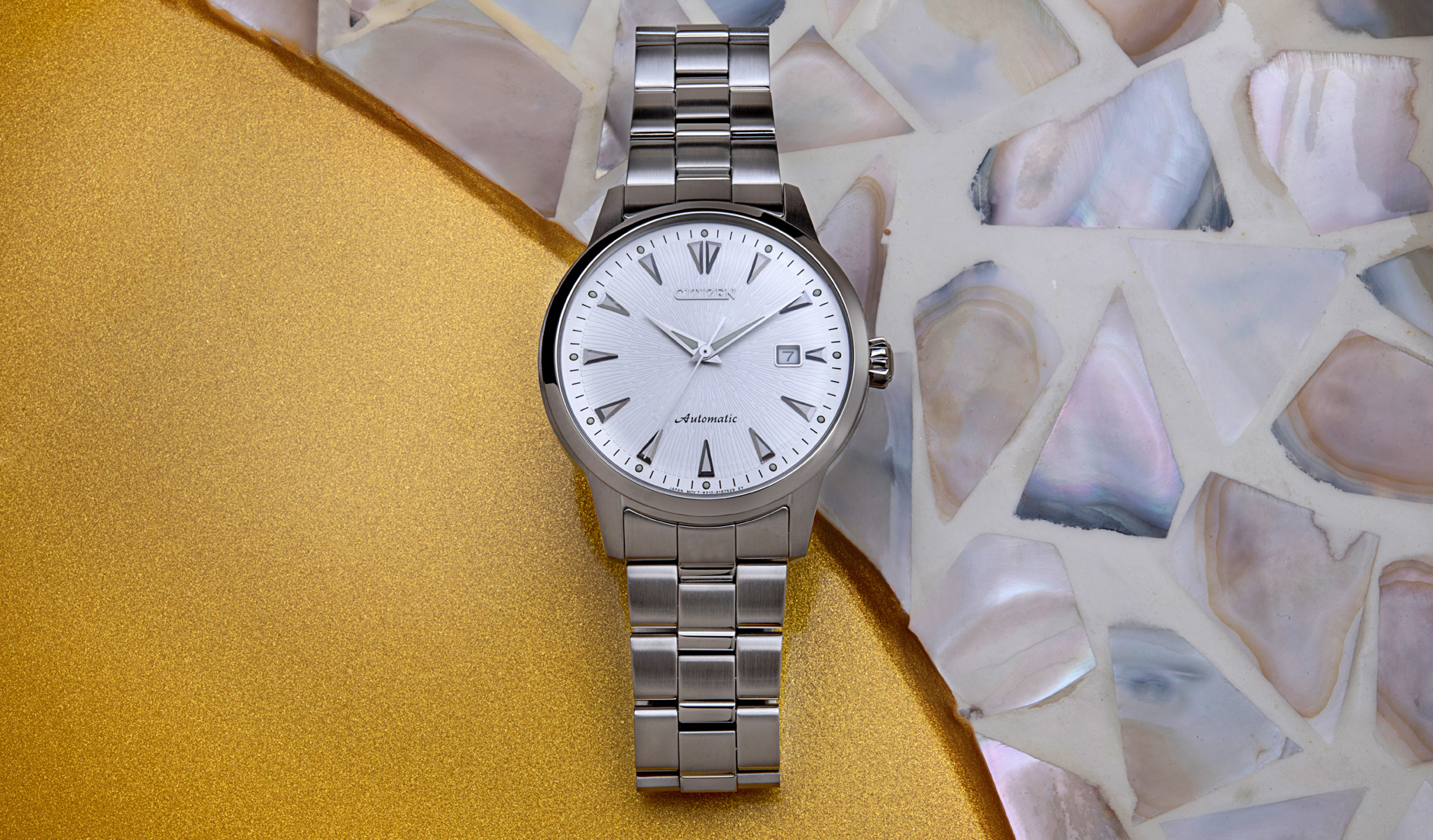 Despite the necessary modern upgrades, the Kuroshio ’64 collection is charmingly nostalgic, as it should be; right down to the bright canary presentation boxes that recall the design of the buoys that were used in its namesake test. Having said that, as capricious or faithful as these touches of homage get, perhaps the best reaction they can elicit is one of curiosity – for the Kuroshio ’64 goes a long way back, with its predecessor having no small impact on modern horological history. 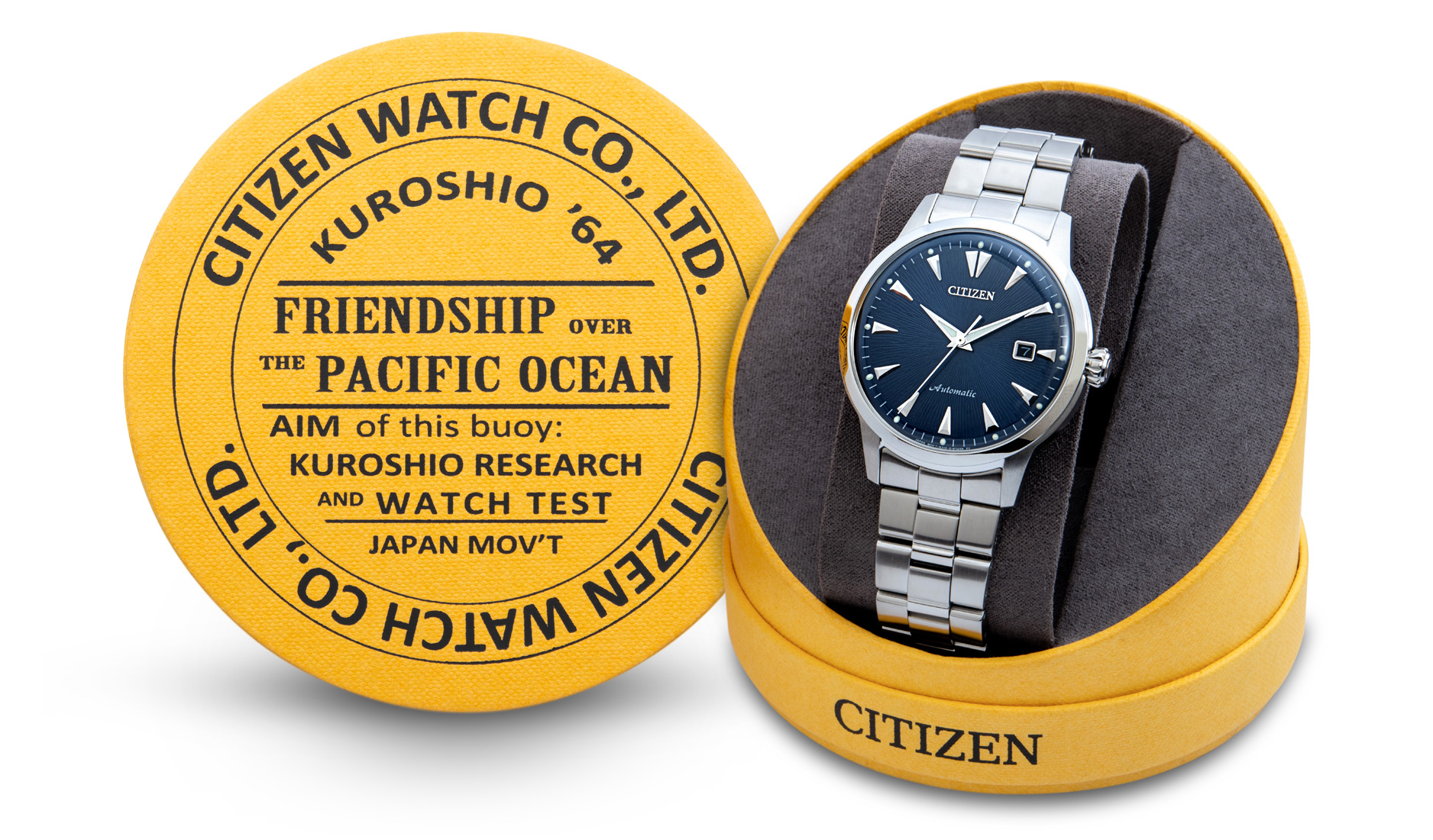