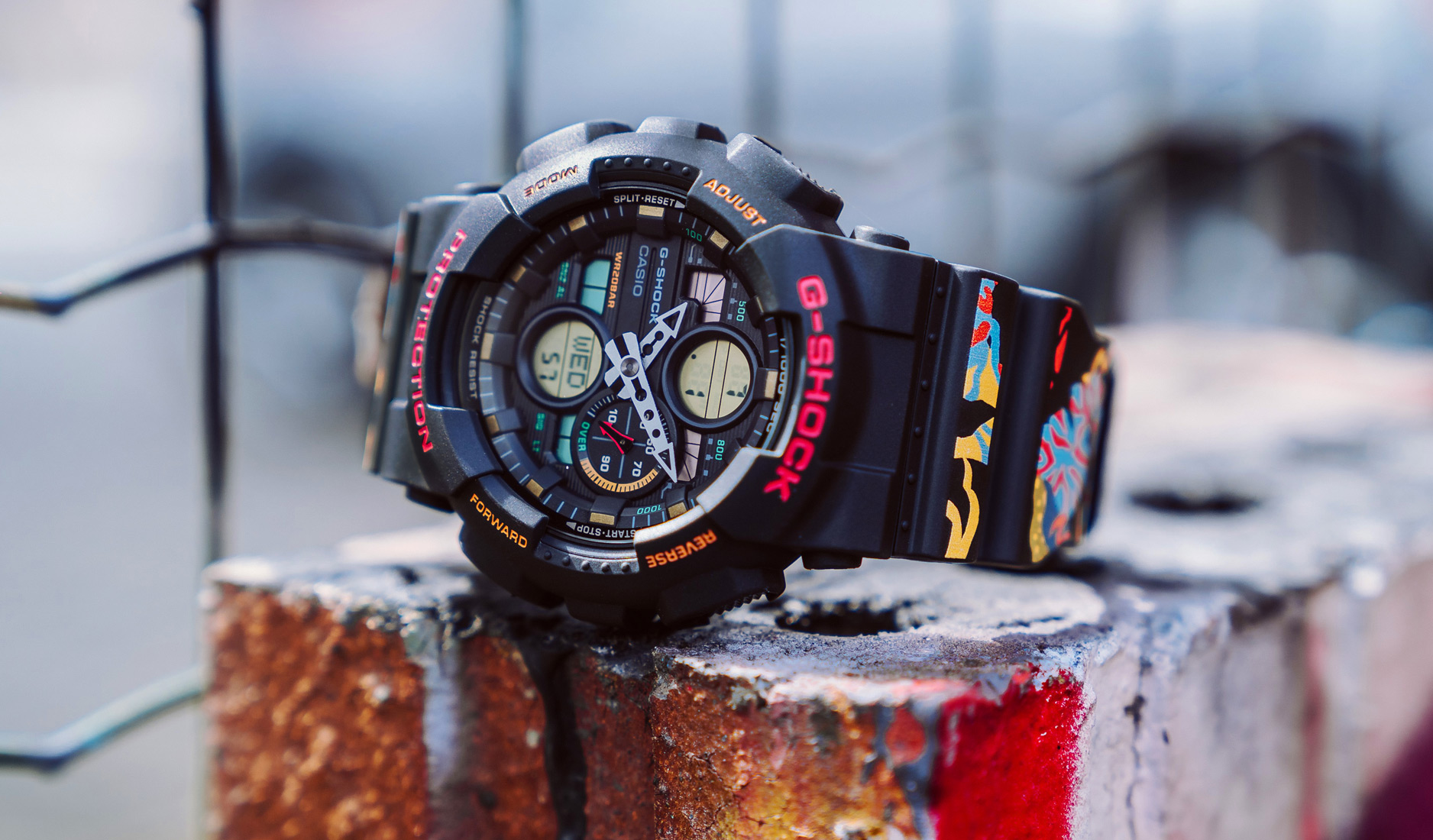 It has become somewhat of a recent tradition for Casio G-Shock to enlist Singapore’s brightest and edgiest creative minds to work their magic on commemorative edition G-Shocks to celebrate the nation’s independence day. Previous collaborators have included luminaries Sam Lo (aka SKL0) and contemporary artist Jahan Loh. This year, Casio turns to illustrator and visual artist Adeline Tan (aka Mightyellow), whose colourful, nature-inspired artwork has been featured on a diverse spread of mediums spanning paintings to furniture to footwear. 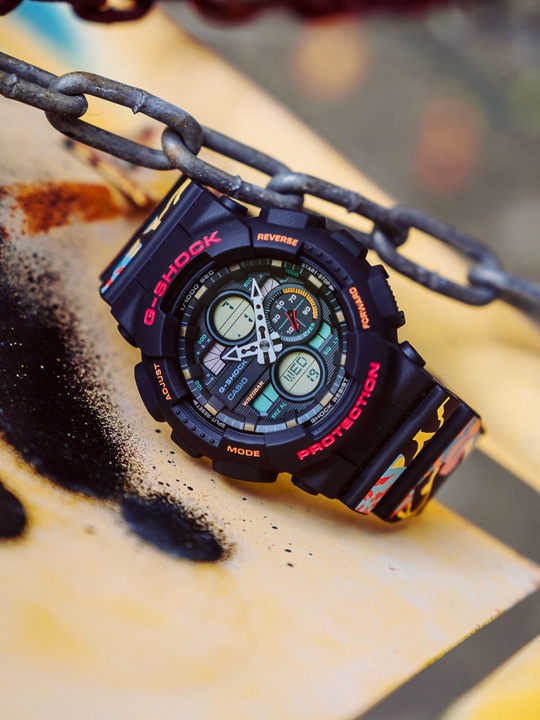 For this Casio G-Shock commemorative edition, Tan is given the GA-140 as canvas, a hulking 55mm cased model featuring analogue and digital displays. The watch dial’s myriad indicators, display inscriptions on the bezel and wide strap provide fodder for Tan to express her multi-hued take on Singapore’s stature as a ‘garden city’.

“From wild mangroves and jungles to orchids and gingers, the little island reinvented itself over and over. At 55 years of age it is a metropolis that kept her biodiversity thriving and her people adaptable. This design is inspired by her ever changing landscape,” Adeline Tan. 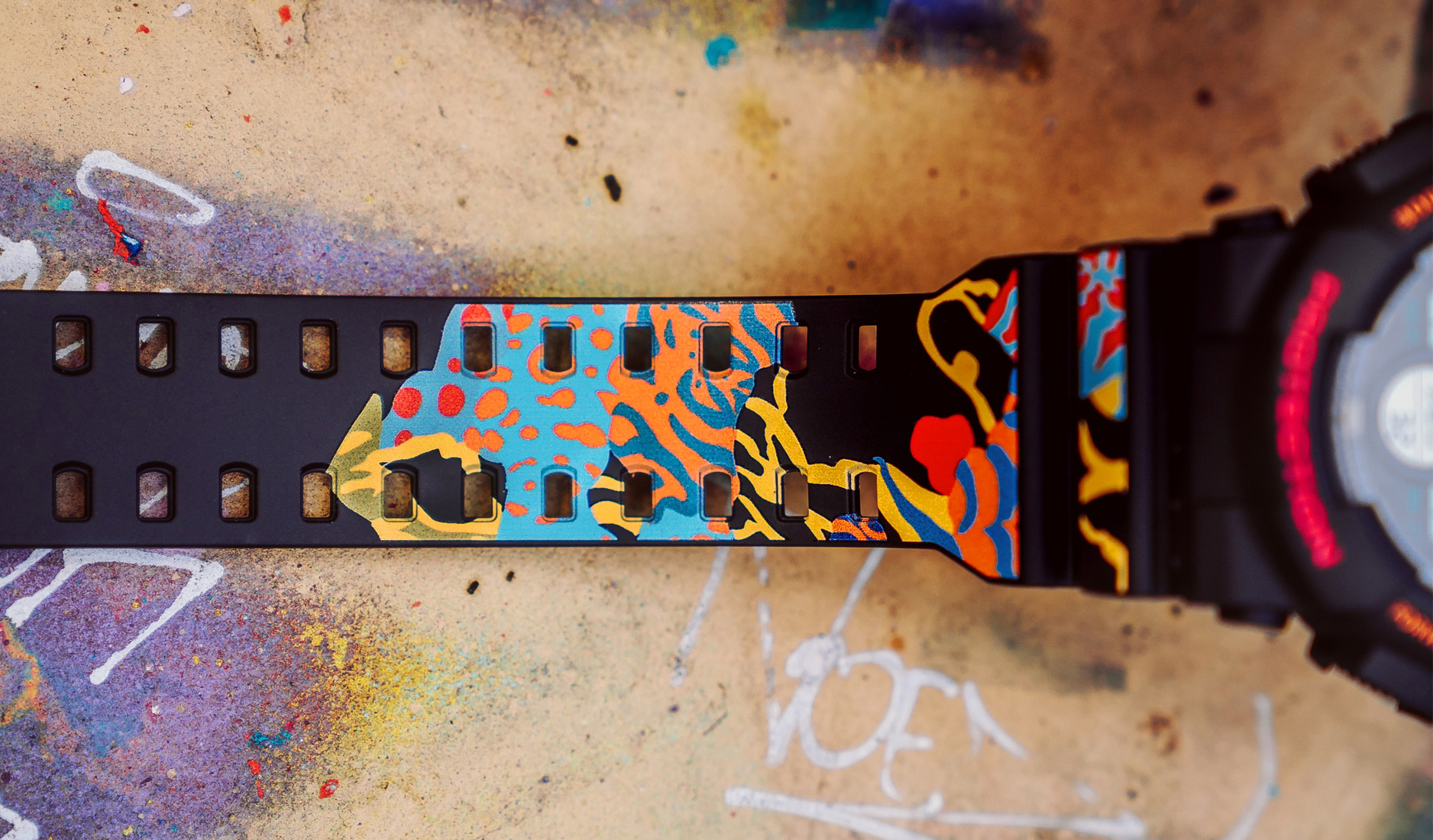 Jolts of orange, blue and yellow pepper the hands, dial indicators and bezel inscriptions. Meanwhile, Tan’s artistry truly shines on the illustrations on the strap, a riot of colours and what looks to be abstract shapes that evoke animal stripes, and floral and fauna. The artist’s use of dynamic shapes and splashes of colour certainly conjure a sense of warmth and vibrancy that many associate with Singapore. Perhaps unintended, the G-Shock’s mantra and application of ‘ultra-toughness’ juxtaposes neatly with Tan’s art, to help express the young nation’s inner steel and resilience. 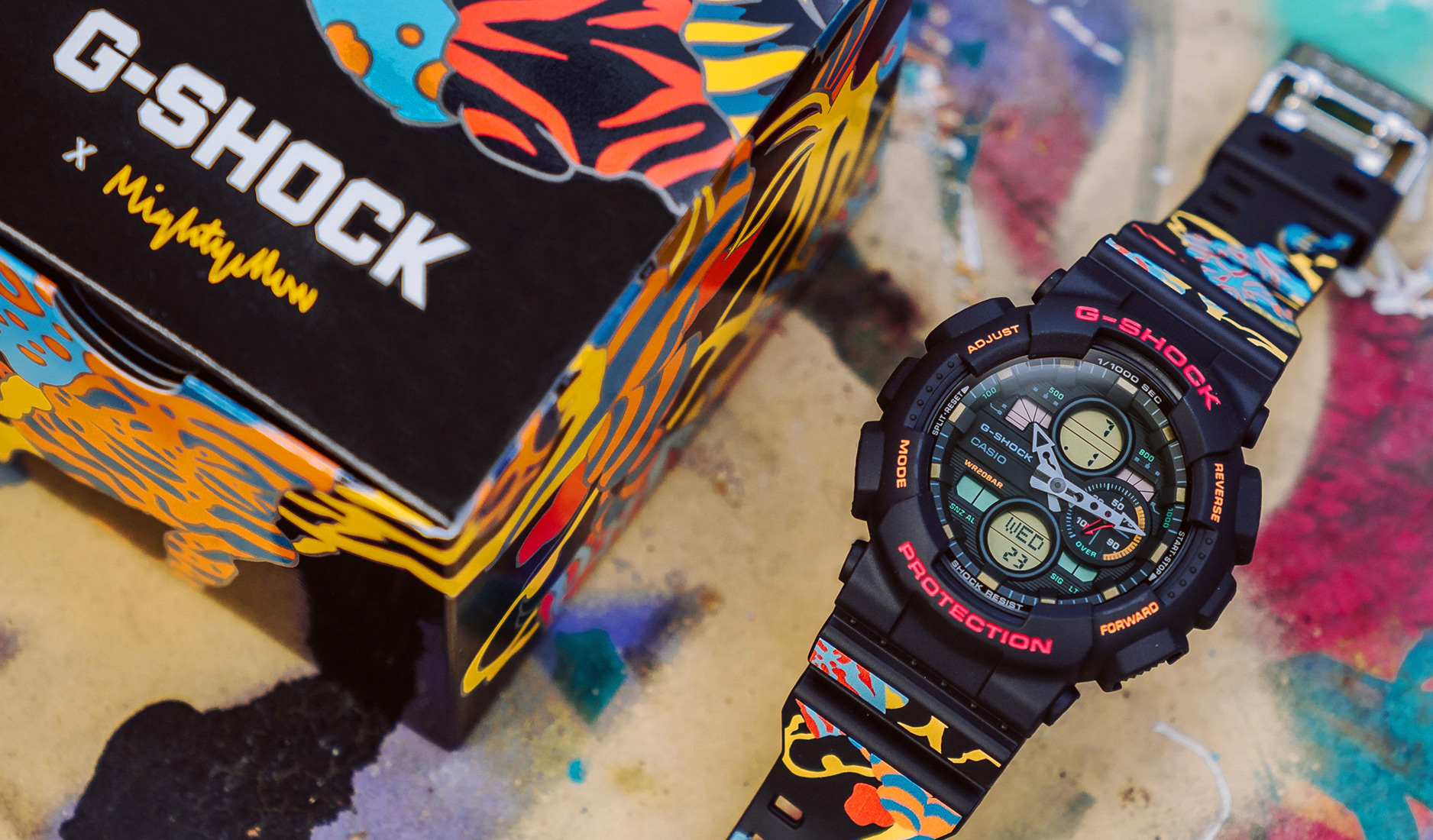 One of the heftiest models in the G-Shock line-up, the GA-140 series was first launched in 2019, a collection that was in turn inspired by the GA-100/110 series of watches introduced in the 1990s. Distinguished by analogue-digital displays, the GA-140 series boasts a wealth of features that include ISO 764-class magnetic resistance, 200m water resistance, 1/1,000th second stopwatch, full automatic calendar till the year 2099, and more. The G-Shock X Mightyellow edition is available exclusively in Singapore at all G-Shock boutique (except IMM outlet).