Looking for a G-Shock that gets better with age? You’ve come to the right place.

For the uninitiated, ‘MTG’ means ‘Metal Twisted G-Shock’. It refers to the combination of steel, composite resin and a proprietary silicon-based material called ‘Alpha Gel’ that form this model’s case architecture that endows it with the extreme shock resistance for which the G-Shock range is famous.

And in case you are wondering why Casio has gone through all this fuss to make a metal G-Shock, when its plastic models are already best-sellers (read more here), well, we think that uppity watch aficionados with a taste for the exclusive and the unusual have got a lot to do with this.

Not that it is a bad thing. Like how early G-Shocks pushed the envelope on robust timekeeping, the MTG range is doing the same with mid-luxury sports watches. At S$2,499, the MTG-G1000AR costs more than 10 times the average G-Shock. Even so, its creators believe that a ‘luxury’ G-Shock is entirely probable, thanks to the aforementioned state-of-the-art case construction, as well as elevated aesthetics to nudge the MTG range up the collectability scale. 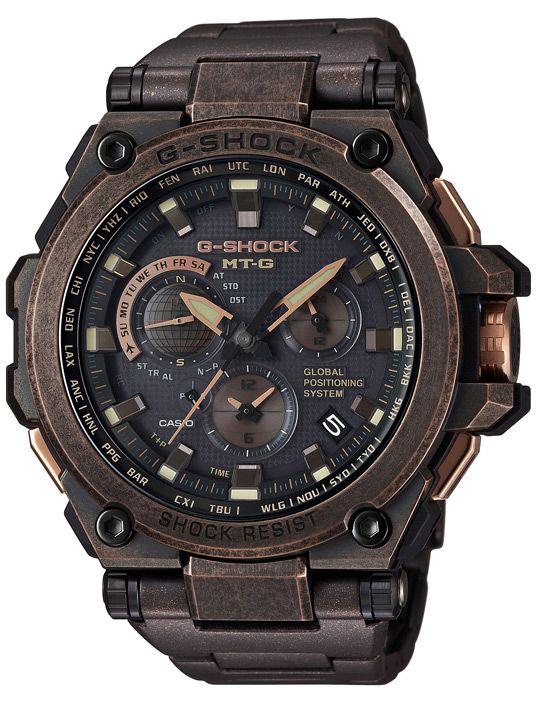 Billed as the most prestigious of G-Shocks, the MTG is distinguished by the said triple-combination case construction that boasts what is known as the ‘Triple G Resist’ – a quality seal of sorts found in high-end G-Shocks, which promise shock resistance that can withstand centrifugal forces and vibrations in addition to normal shocks.

Where functionality is concerned, this MTG loads up on advanced technological features to rival the best of its class. They include Casio’s hybrid time-keeping system that can receive GPS satellite signals and perform automatic radio wave time-calibration, along with world time for 27 cities, stopwatch, alarm, automatic calendar – all charged up via solar power with enough juice for up to 19 months when the power saving function is switched on. 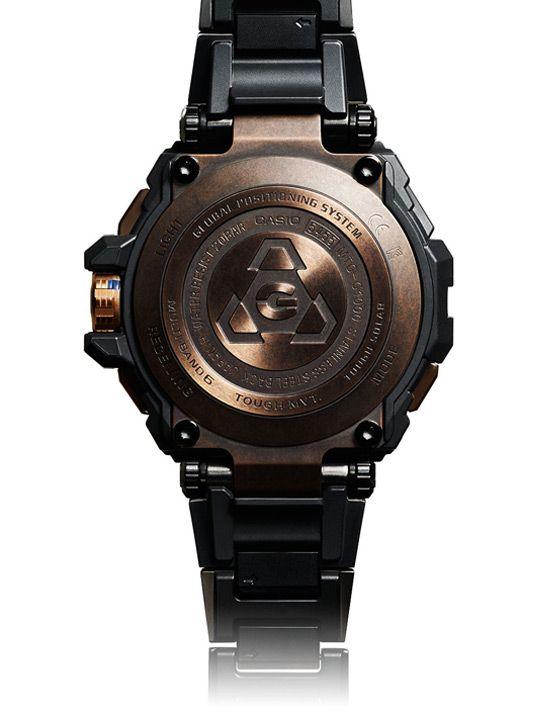 On the wrist, the watch feels weighty and substantial like one’d expect from a G-Shock. The kicker, though, comes from the case and bracelet finishing. The look, described by the folks at Casio as “sunken treasure”, is one that evokes rugged luxury.

The case and bracelet are ion-plated with layers of black and rose-gold, and treated to create a worn-out look, like a long-lost piece of expensive timepiece that an explorer dropped somewhere in the woods decades ago. Casio’s press communique even suggests that the watch will look even better after prolonged use, especially with signs of wear that add character. That said, although the look is one of aged luxe, the ion-plating actually results in a tougher surface that enhances the watch’s scratch- and rust-resistance. Perhaps the only thing that will be worn out from this exercise is the will to resist from moneyed G-Shock collectors.