Commemorative swag from an iconic G-Shock. 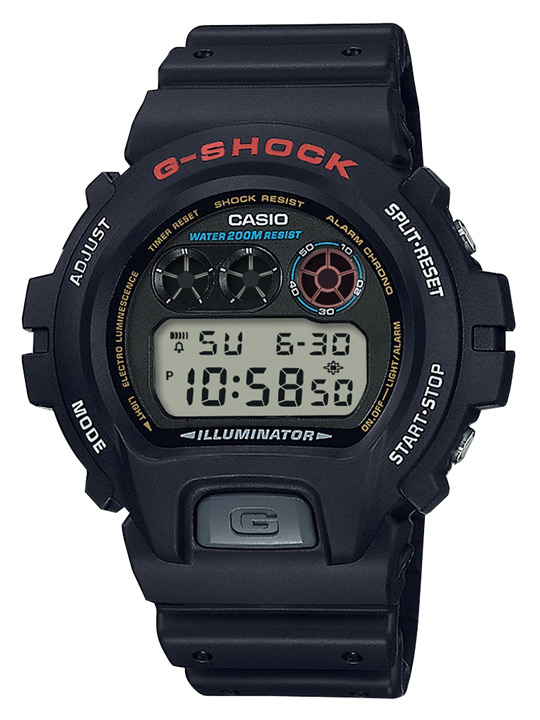 Twenty-five years ago, Casio introduced the ‘Triple Graph’ 6900 series (above), the round-cased, three sub-dialled G-Shock that would prove to be one of the collection’s most enduring designs. To commemorate the 6900 series’ silver jubilee, Casio is releasing three new GM-6900 models with metal bezels, and two 25th anniversary commemorative models, DW-6900SP with rainbow-hued dials and translucent resin case and band. 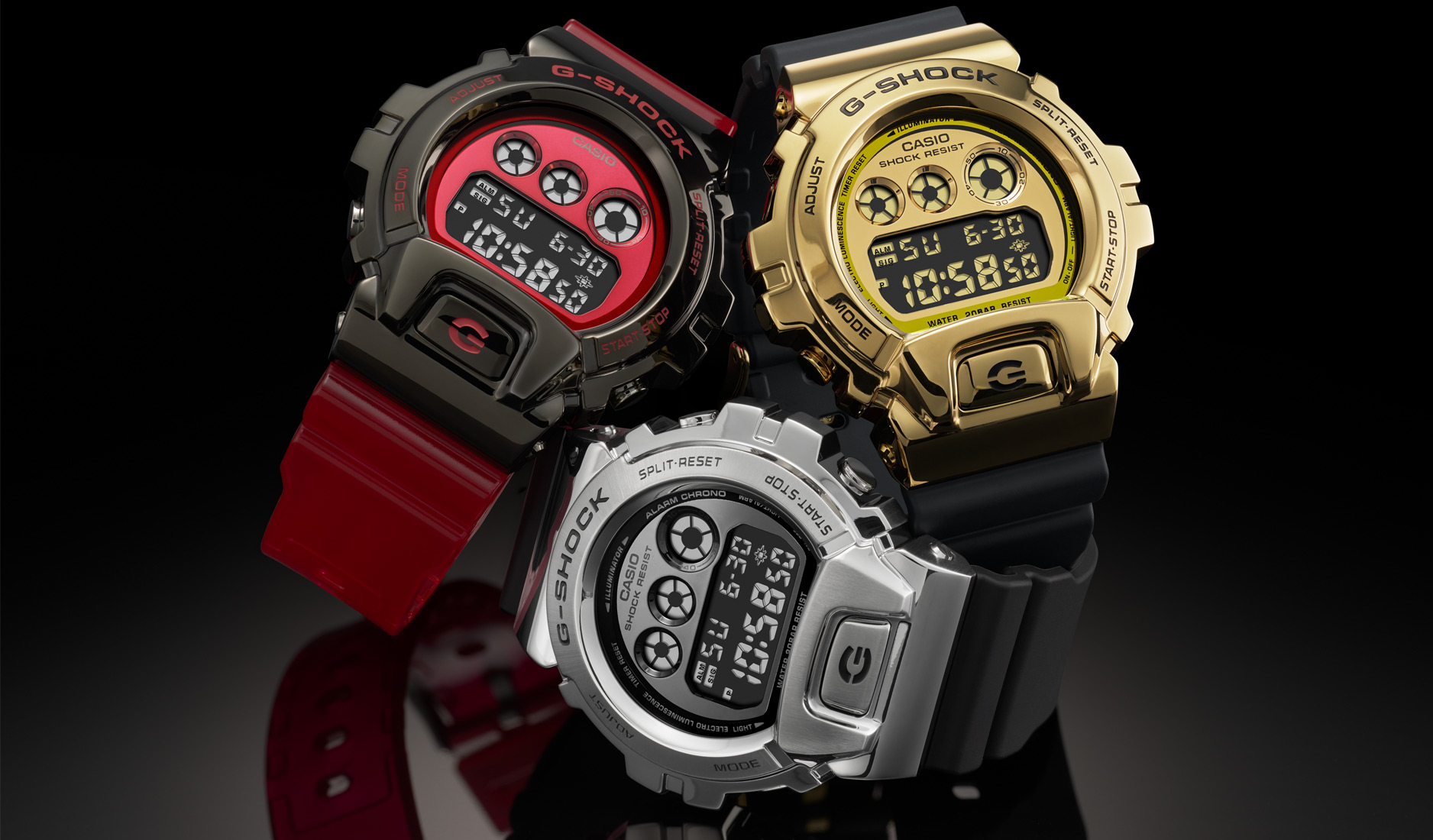 Bearing the same chunky demeanour and robust qualities of the original DW-6900, the GM-6900 and DW-6900SP are, as always, instantly recognisable with commanding presence. What really caught our eye, however, are their price tags: S$179 for the DW-6900SP commemorative editions, and starting price of S$269 for the GM-6900.

The GM-6900 models take the lead from the GM-5600 models released in mid-2019, offerings fans of metal cased G-Shocks a more affordable alternative by having only the bezel in metal, instead of the sheathing the entire case in metal. Sporting silver, gold or black-coated bezels, each of the three GM-6900s flaunt distinctive looks, paired with black or red resin bands and dial colours that match the bezels. 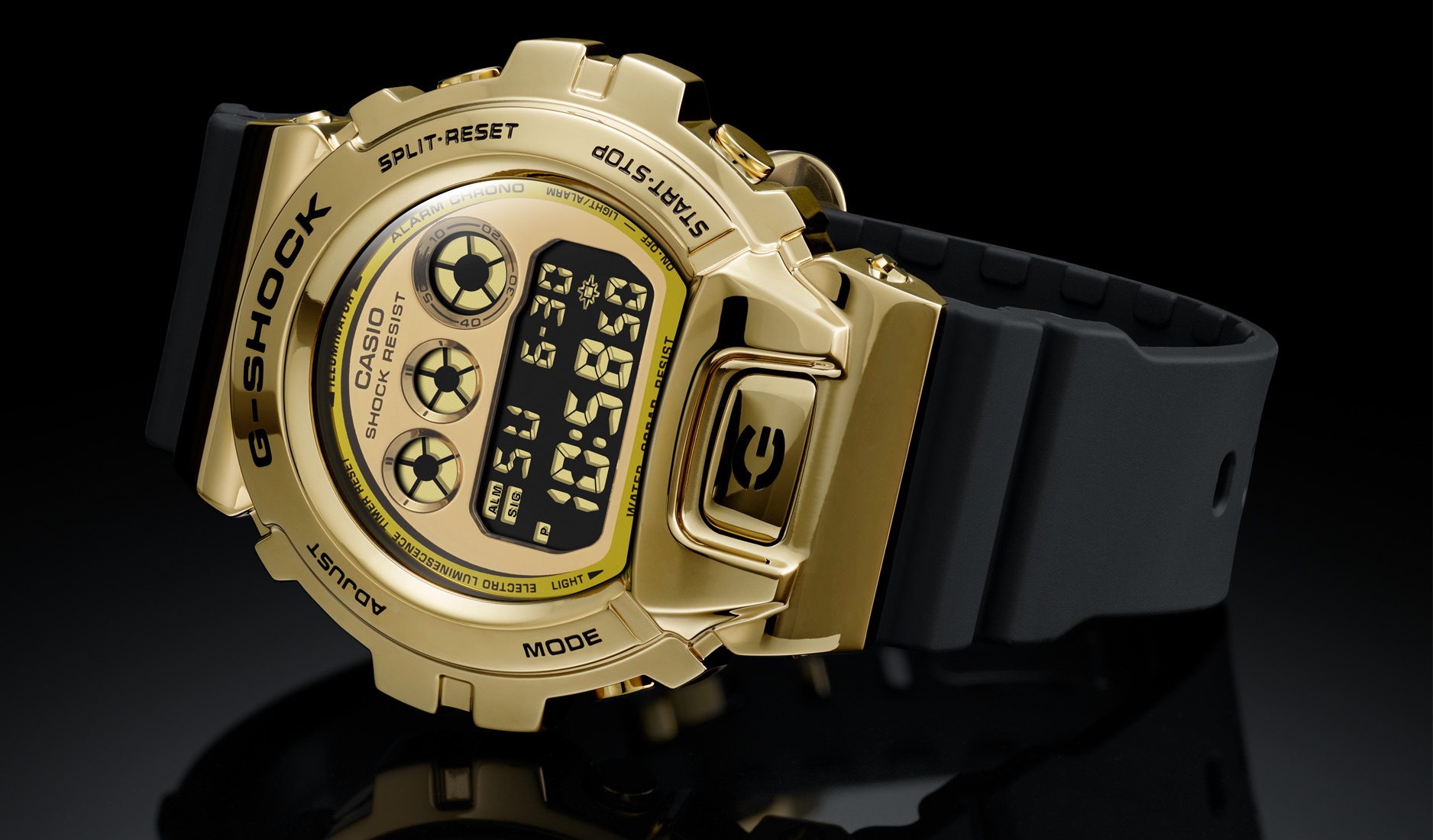 Besides metal-inspired swag, the watches have been fortified by newly constructed button guards that have been shaped via a process involving over 20 forging stages.

The DW-6900SP 25th anniversary editions, on the other hand, will appeal to G-Shock fans who desire a bit of fun and colour. 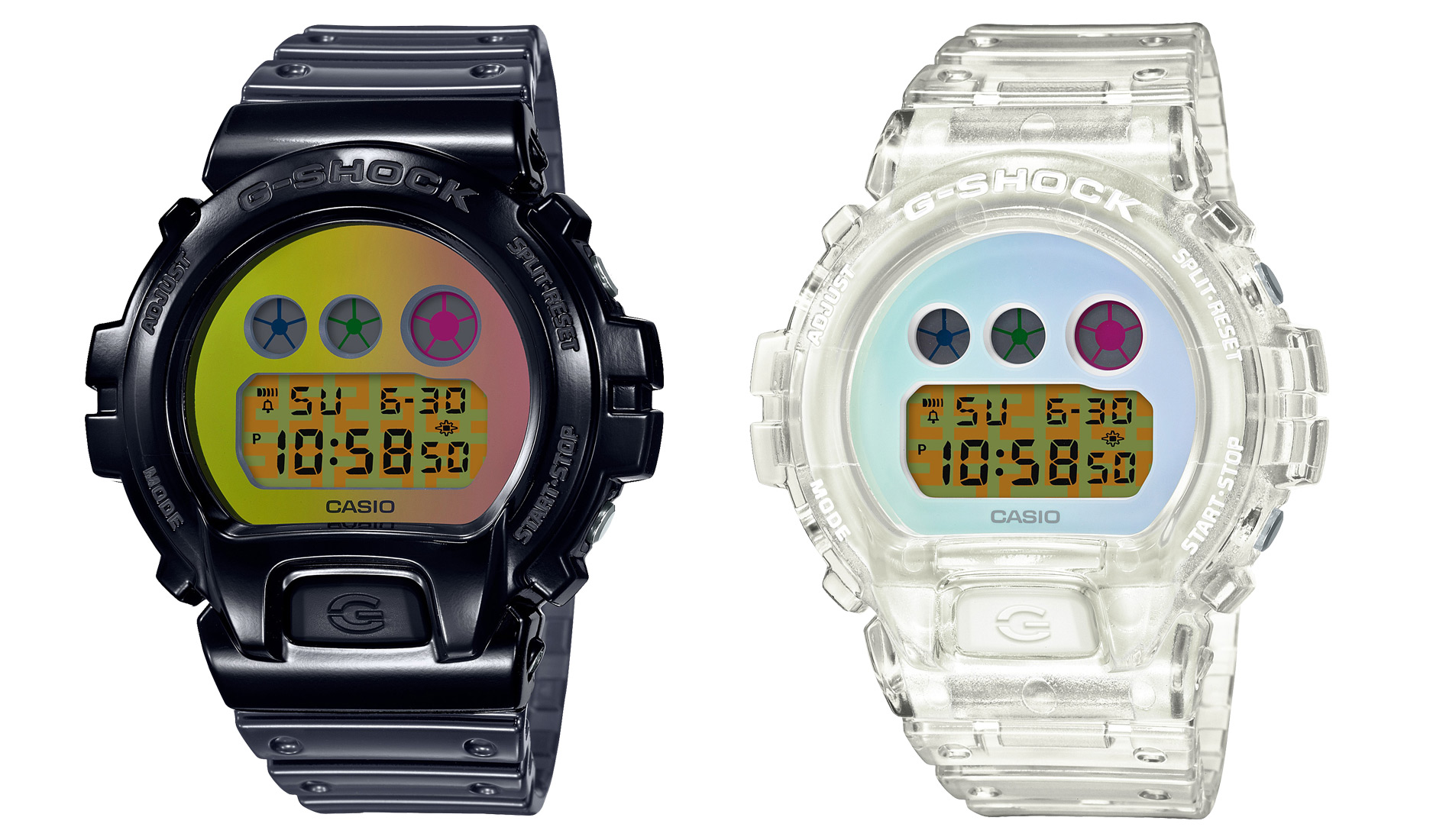 Clad in black or white translucent resin, the watches come with screens awash in gradated hues, while the three sub-dials are stamped with blue, green and pink patterns. The look is capricious – cute almost – and offers a stylistically youthful take on the 6900 series’ trademark tool watch-inspired aesthetic.

Whether a touch of metallic magic or a dash of capricious colours, the new 6900s are choice catches for any G-Shock fan, especially for such a milestone anniversary.