Just when you thought that the G-Shock couldn’t get tougher.

Watch lovers with sadomasochistic streaks have long taken pleasure in subjecting the Casio G-Shock through a variety of – and often wildly imaginative – shock tests. Just hop over to YouTube, type ‘G-Shock’ and ‘shock test’, and you will find the iconic Japanese ticker being brutalised in all manner of ways. Tests such as dropping the G-Shock from a great height, and repeatedly smashing it with a hammer are considered pedestrian. More outrageous experimentations have included boiling the G-Shock and throwing it into a washing machine for a spin cycle. 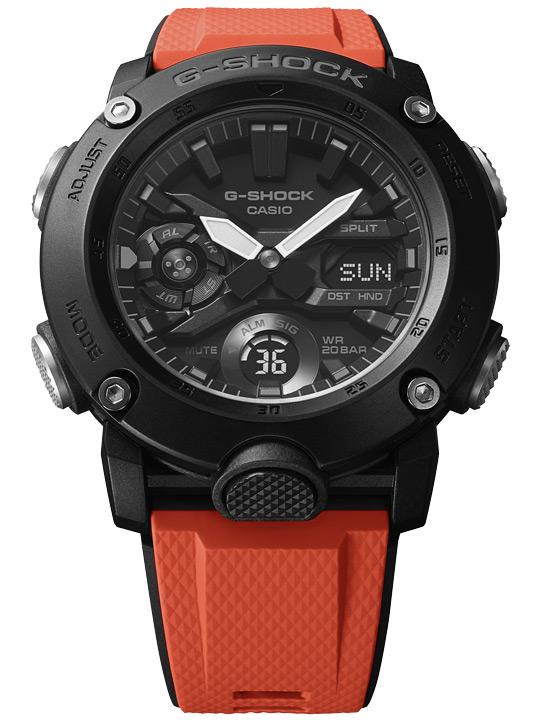 This orange-hued model, the GA-2000E-4DR, is available exclusively at all G-Shock boutiques from April 2019

Needless to say, the aforementioned Casio G-Shocks survived to faithfully keep time for years on end. Meantime, watch buffs will have to think of even more inventive ways to torture the watch as Casio announces that the already formidable G-Shock is gonna be even more resilient. 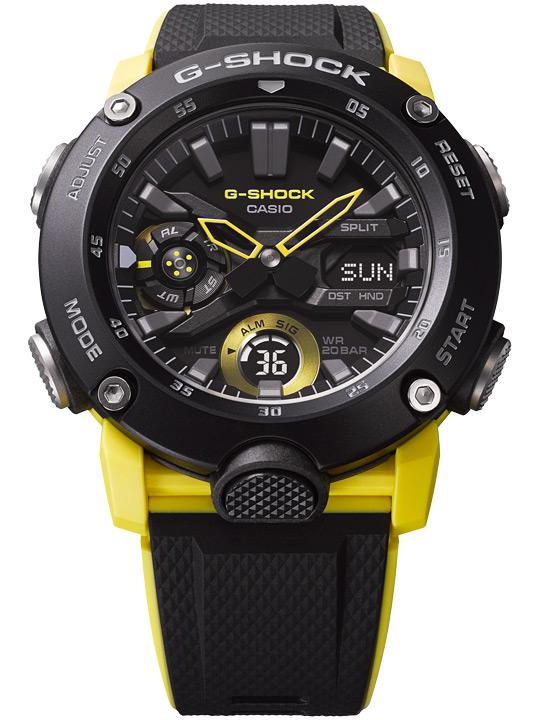 The new G-Shock GA-2000 is billed as the ‘next stage’ of Casio’s ultra-tough legacy. Key to this development is an evolution of the case architecture and introduction of carbon into its construction. At the heart of the G-Shock case design is its ‘hollow structure’, whereby the electronic timekeeping module is cushioned by an air pocket between the movement and the case. Over the years, improvements have been made to the original design, such as the addition of tiny shock absorbers at the case band, and resin-covered push buttons to further fortify the watch. 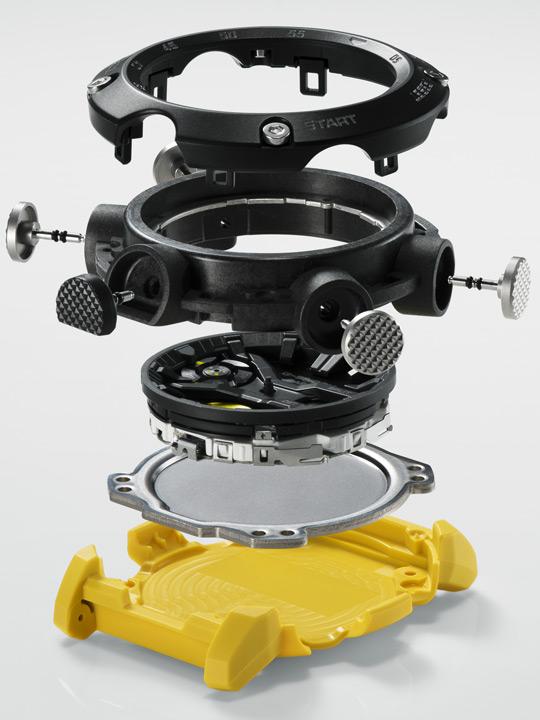 In the latest round of upgrades, the G-Shock GA-2000 sports an even more robust case, primarily by way of a ‘carbon core guard’ – a monobloc case made of carbon-fibre-reinforced resin that envelopes the movement. From what we understand from the use of carbon in other timepieces, the material is valued for being lightweight, and extremely resistant to heat and shock – the ideal choice, in short, for a G-Shock. 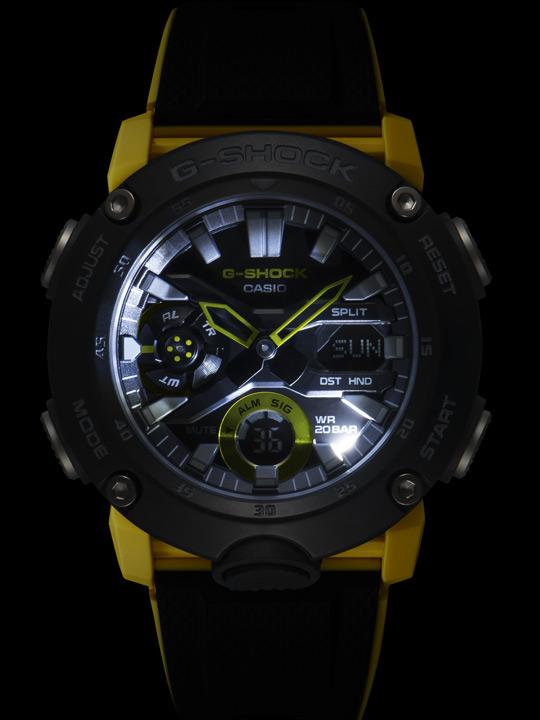 The new case architecture also impacts the look of this next-gen G-Shock, as it offers greater protection to a modified circuit board that, in turn, eliminates the need for crown guards. While undoubtedly hefty and imposing, the G-Shock GA-2000 brandishes a sleeker profile, especially on the sides. Last but not least, the watch features a nifty lever on the base of the straps, that allows one to swap them without the need for tools. It is a minor but welcome feature, especially as the watch comes with three interchangeable bands.

Available in a selection of eye-popping hues including ice blue, canary yellow and fiery orange, the GA-2000 rocks a mix of high-octane fun and hardcore functionality the way only a G-Shock can. Heck, it will probably emerge from a new round of torture tests with swag intact.