Flannel shirts. Seinfeld. LA Gear. Doc Martens boots. Dial-up connection. How much we do miss the 1990s? Well, apparently a lot, evinced by the decade’s resurgent influence on today’s fashion. While this is not to put the Casio G-Shock in the same basket of cyclic trends (as much as the watch collection hit unprecedented heights of popularity then, it didn’t go away but actually went from strength to strength), it seems like an opportune time for Casio to rekindle our romance with the line’s most iconic models, clad in suitably retro garb that’s all the rage these days.

If you are feeling the 1990s vibe, there is no better place to start than with one of these four G-Shock models. Each boasts unparalleled toughness and shock-resistance, of course, a signature of the G-Shock collection, but even more enticingly, offers a turbo-charged blast from the past, setting the controls for decades past with its neon-accented black resin getup, matched with coloured inner bands. 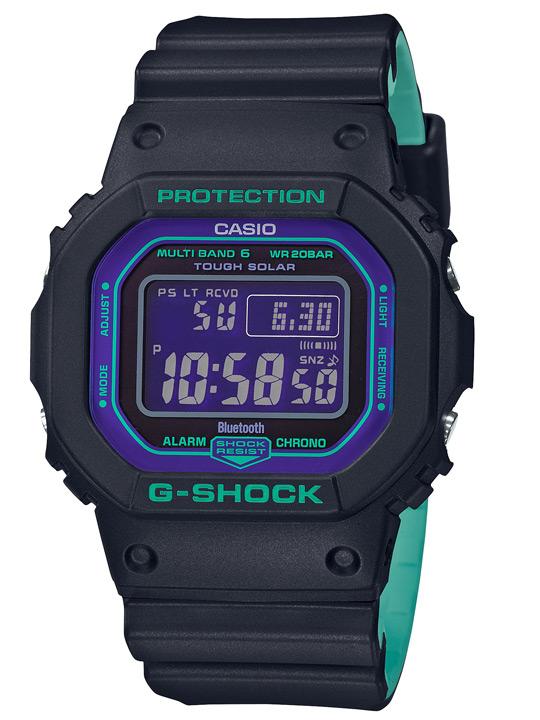 For purists, we recommend the GW-B5600BL-1A (above), the only rectangular-cased model that bears the closest resemblance to the original DW-5000C from 1983. The other three options all feature analogue-digital displays. Although the GA-800BL-1A (below) is the entry-level option, price-wise, the watch stands out with its distinctive steeped and claw-styled hour indexes, enhanced by purple and turquoise colourways, and trademark front button at six o’clock. 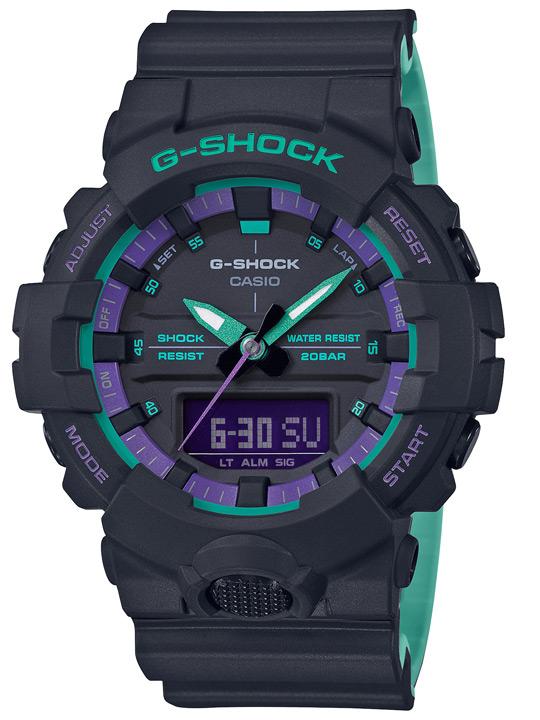 The other two models, the GA-100BL-1A (below) and GAS-100BL-1A are part of the X-Large G and Tough Solar GAS-100 collections, respectively, and would be the ones to consider if you like your G-Shocks to be ultra-imposing, given their 55mm cases. 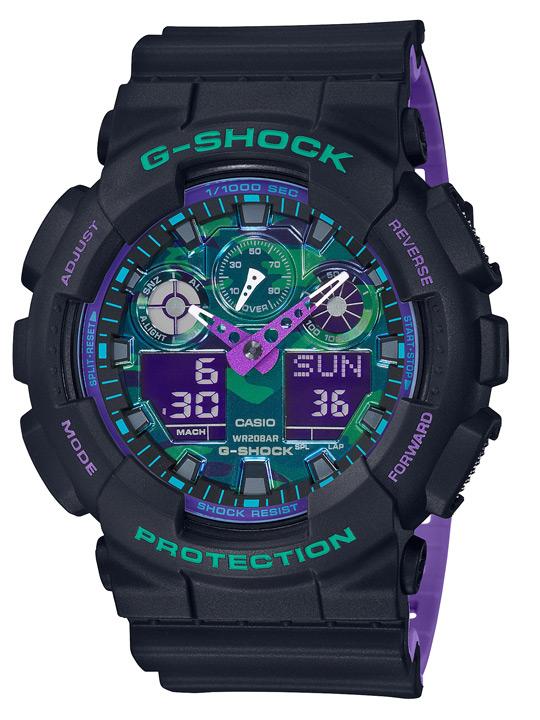 It must be said, though, that the GAS-100BL-1A (below) has a slight edge with presence, thanks to its steel bezel finished in electric blue. 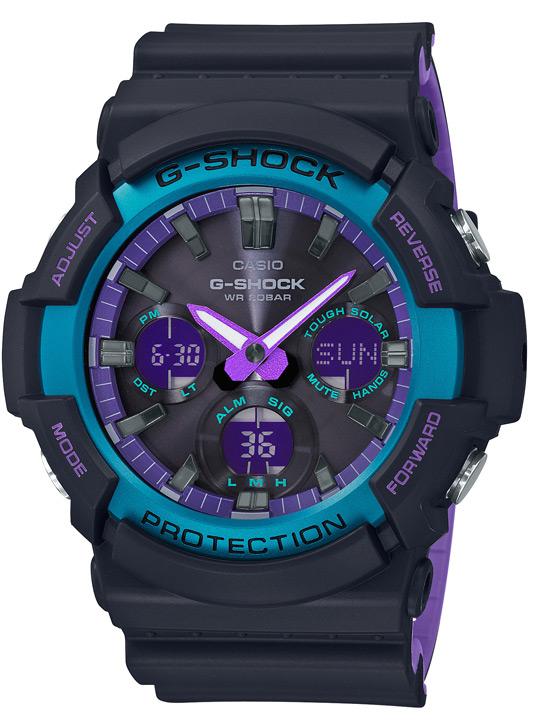 Admittedly, it is going to be hard to choose among the quartet as they rock similar styles and colourways. Also, priced between S$169 and S$219, it is certainly tempting to get several – or all – of them. The 1990s never looked so enticing.