Breitling's Superocean Héritage gets a new look on its 60th. 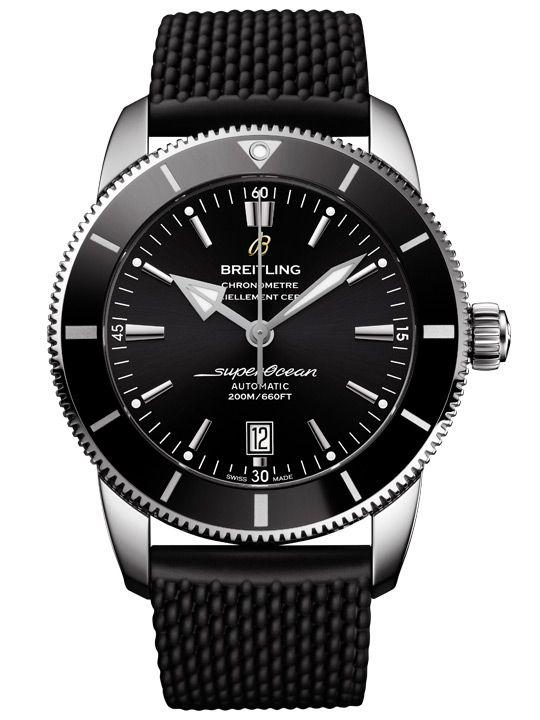 Think Breitling and aviation-inspired timepieces come to mind. But just as the brand is known for watches that accompany sky high expeditions, it also has a stellar range of dive watches for explorations in the deep.

Introduced in 1957, the Superocean is a professional diving watch that even the leisure diving community quickly adopted and loved. To celebrate the spirit of the original model, the brand extended the collection with the Superocean Héritage line in 2007, which has evolved into one of Breitling’s iconic collections.

In recent years, the brand has been showing love to the Superocean series with new models in 2015 and the launch of the Superocean Héritage Chronoworks last year. An R&D department established to push technical boundaries, Breitling Chronoworks picked the Superocean as its canvas for supercharging its acclaimed Calibre B01, pumping it with five major innovations (including silicon wheels and escapement, variable inertia balance and elastic toothing) that increased its energy efficiency and upped its power reserve by 30 hours to a total of 100 hours.

This year, Breitling celebrates the Superocean’s 60th anniversary with its main star—a three-hand model bearing a new steel bezel and a high-tech ceramic ring that’s extremely shock-resistant and scratch-proof. In a departure from the previous three-hand model launched in 2015, the new timepiece does away with the metal ring around the minute track so the bezel appears to integrate perfectly with the dial.

Bearing more similarity to the original (and rightly so) Superocean than the previous iteration, this year’s ticker does away with Arabic numerals and reverts to slightly tapered baton indexes, while the hands mimic the original’s triangular for the hours and sword-shaped for the minutes. Other subtle changes include the date window shifted from three o’clock to six o’clock, and the stylised ‘B’ of the original logo at 12 o’clock instead of the anchor between a set of wings.

In a move we think will grow in popularity, the Superocean Héritage II’s engine is a collaboration with another marque: the COSC-certified Breitling Calibre B20 is based on Tudor’s in-house Calibre MT5612—the movement used in its signature Black Bay collection. In an exchange of minds and resources, Breitling also provided Tudor with its Calibre B01 on which the latter built their Calibre MT5813 for its new Heritage Black Bay Chrono (read about it here).

While initially surprising, the move makes perfect financial sense as developing a movement from scratch would cost significantly more than enhancing an existing calibre. And if it’s a calibre that’s well-known with a proven track record, all the more reason to add your stamp on it with a few embellishments and get more mileage from it. For an industry that’s still dealing with the challenges of a slowdown (though not for long, we hope), these partnerships look like a step in the right direction.