High performance, but make it fashion. 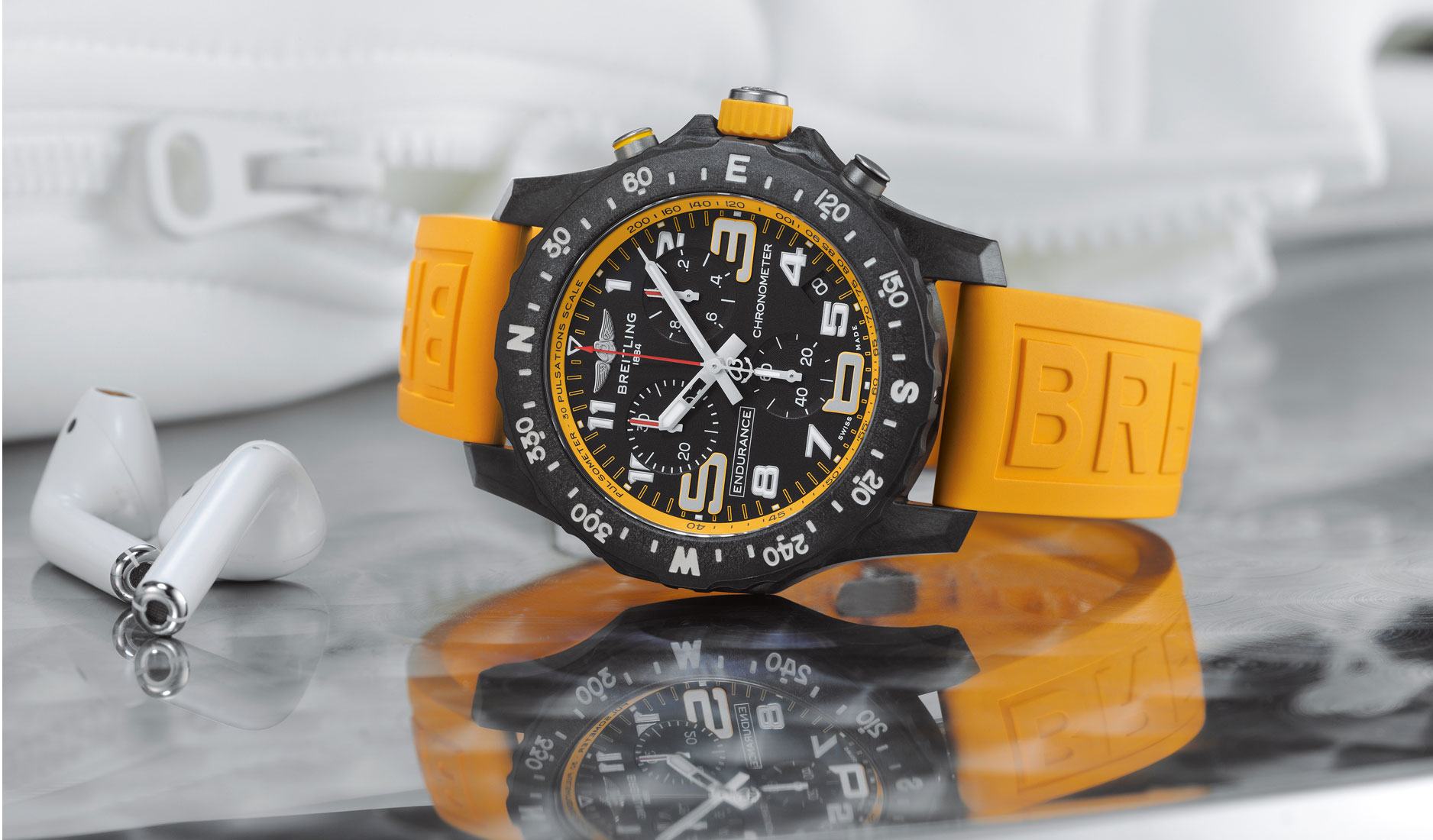 When Georges Kern took over the reins of Breitling in 2018, he boldly declared the brand would streamline its collections and remove watches that didn’t have a clear story line or target audience. This resulted in the demise of the Colt Skyracer, which had been one of Breitling’s gateway quartz models.

But fast forward two years and the brand has turned the spotlight back on its quartz models, with a new collection of sports watches in its Professional range. We use the term ‘quartz’ loosely but, as all fans know, Breitling doesn’t really do quartz. It does SuperQuartz (insert action movie sequence). And yes, its SuperQuartz models are COSC-certified, just like the rest of the watches in the Breitling family.

SuperQuartz, of course, has been Breitling’s souped-up supercharged version of the humble quartz movement since 2001. Ten times more accurate than the already ultra-precise regular quartz movements, the maximum rate variation in a SuperQuartz movement is a mere 15 seconds per year. That’s compared to the average variation for a normal quartz movement, which is 150 seconds, or two and a half minutes. 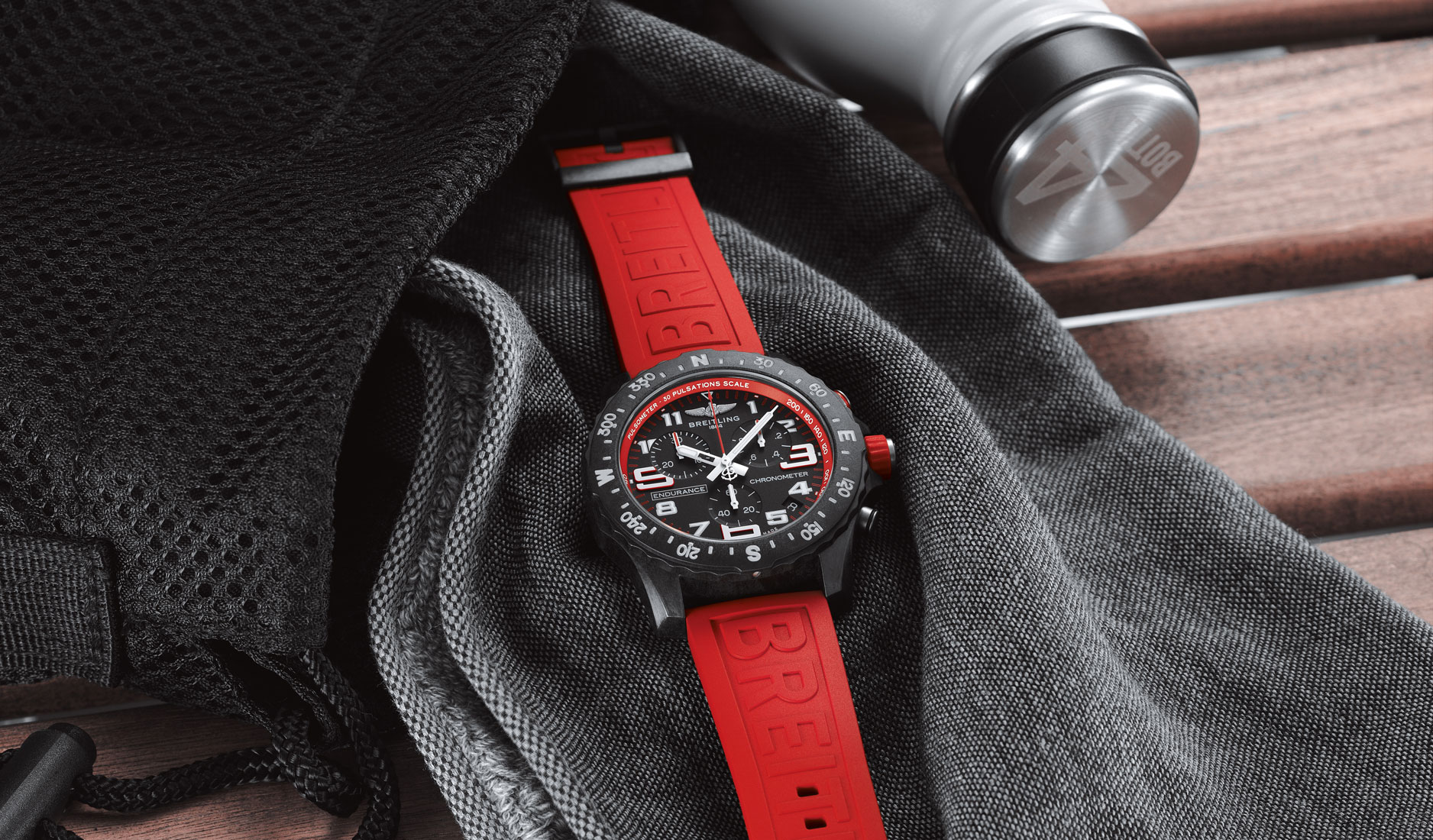 This year, the Breitling Calibre 82 SuperQuartz movement is fitted into a new range of sports models, tailored not just for serious athletes, but also for those who like to work up a sweat without compromising style. Inspired by the Breitling Sprint from the 1970s, the new Endurance Pro similarly features a pulsometer so you can check your heart rate while exercising, and is incredibly lightweight as well, thanks to its Breitlight case. 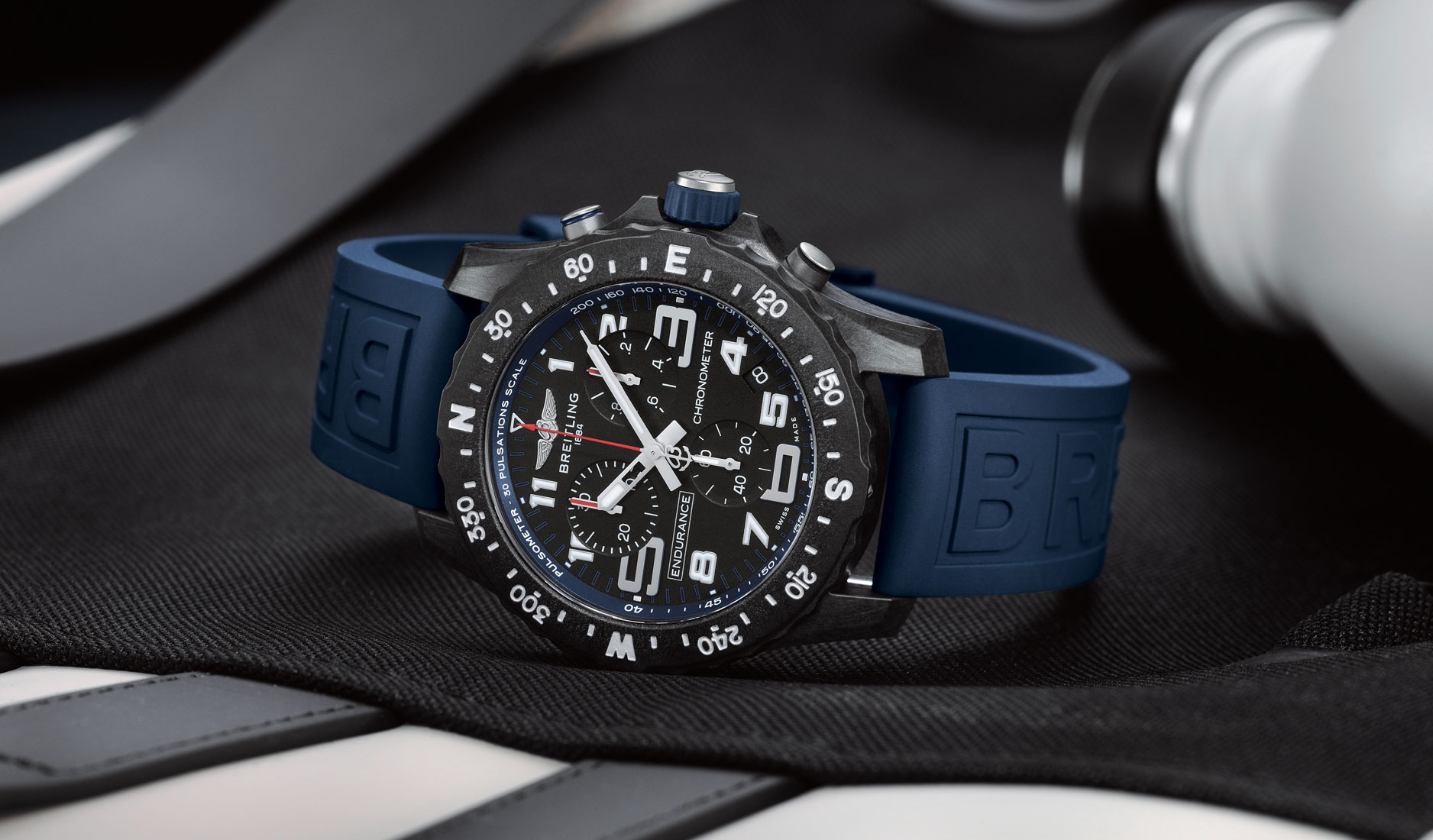 Over three times lighter than titanium and 5.8 times lighter than stainless steel, Breitlight is pretty much what you’d want in a sports watch. Not only is it anti-magnetic, the material is also resistant to temperature fluctuations, scratches and corrosion. And if you’re working out with it, the case is also hypoallergenic so it’s more comfortable on sweaty skin. 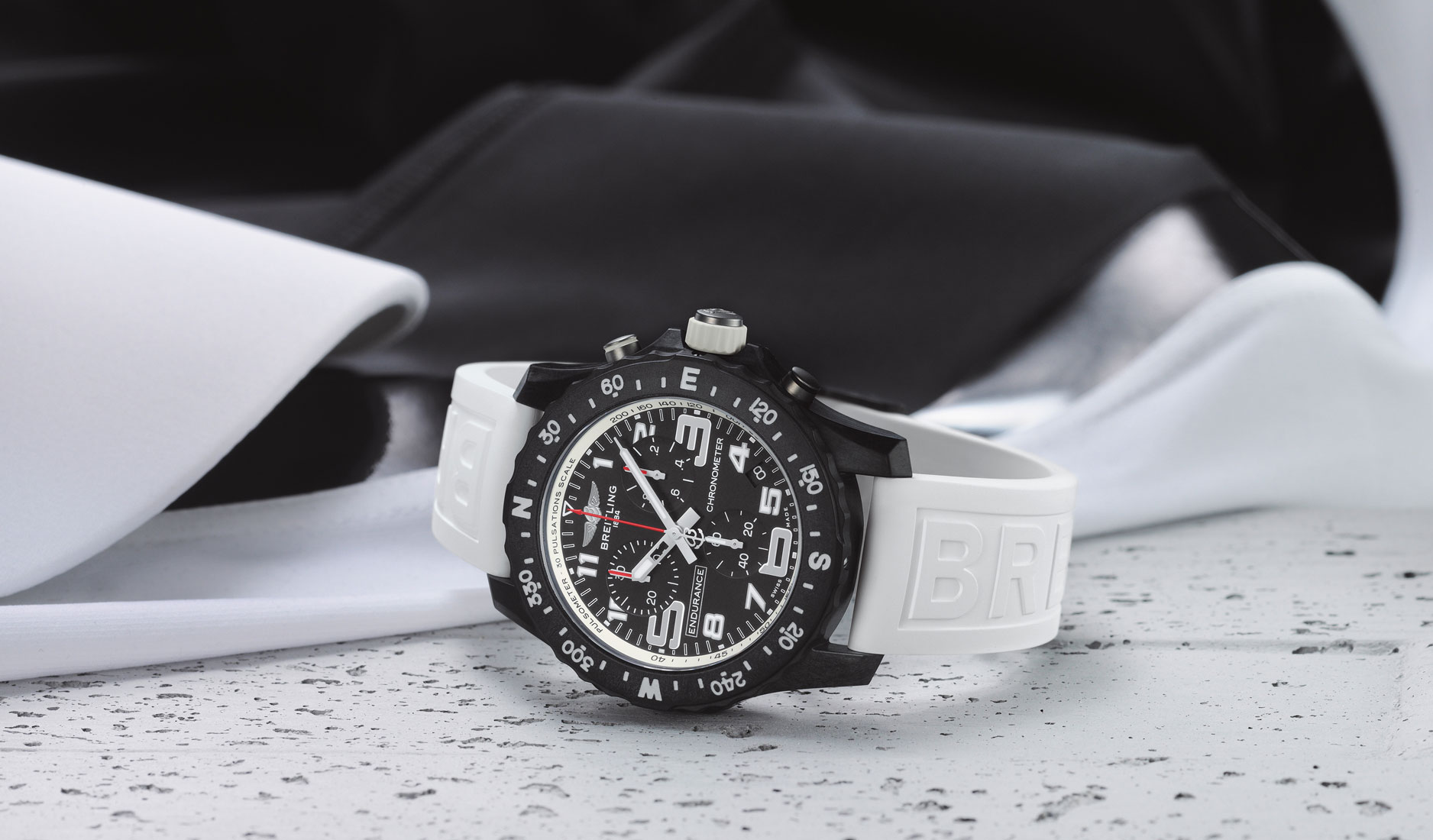 Colourful watches seem to be all the rage this year and the Endurance Pro certainly comes in its fair share of bright hues. Five colourways are available—orange, yellow, red, white and blue—with black dials and bi-directional rotating bezels. The flange is in a corresponding colour to the strap and features a pulsometer scale, while the hour and minute hands have a Super-LumiNova coating so you can still tell the time easily while night cycling. 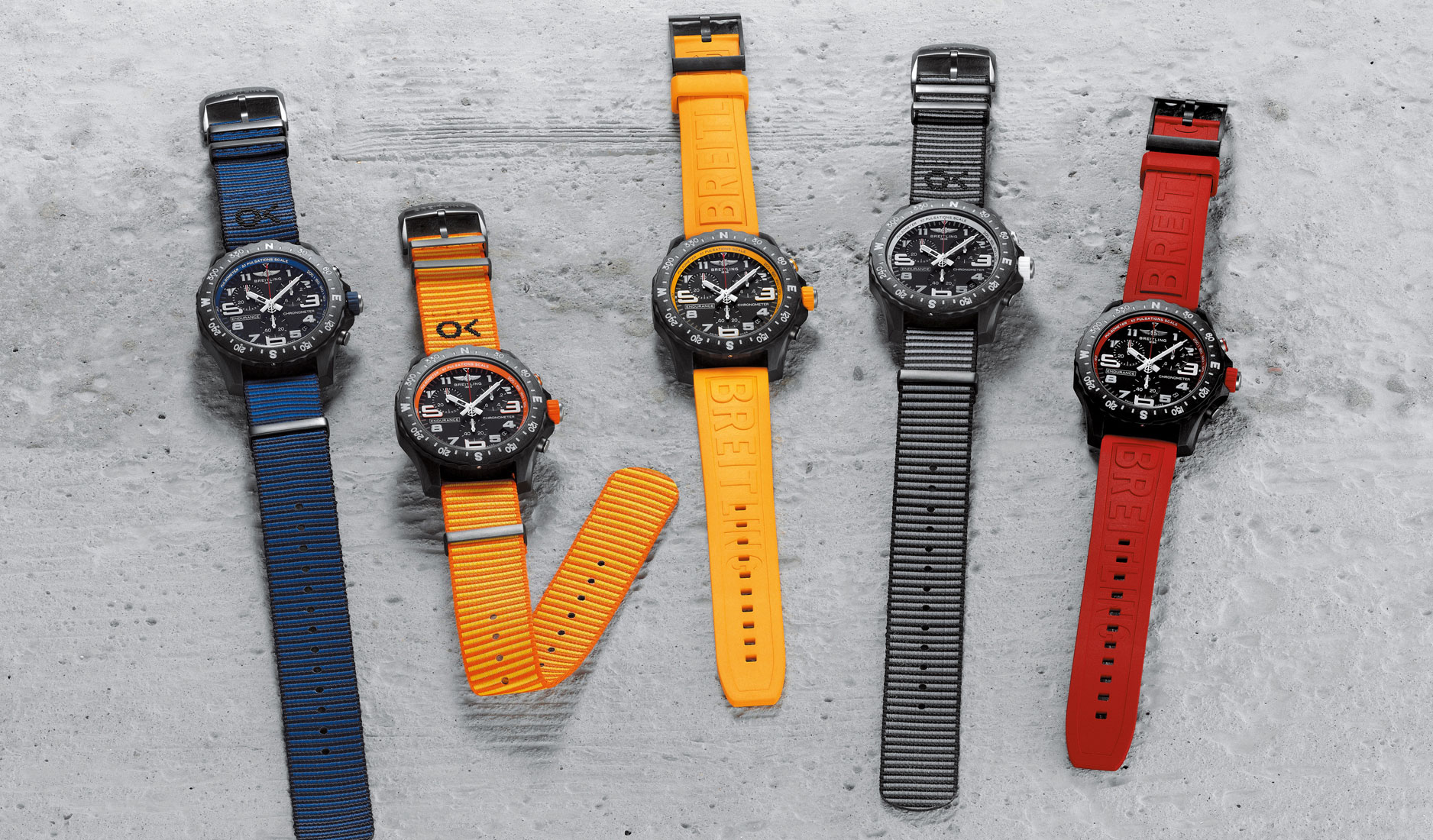 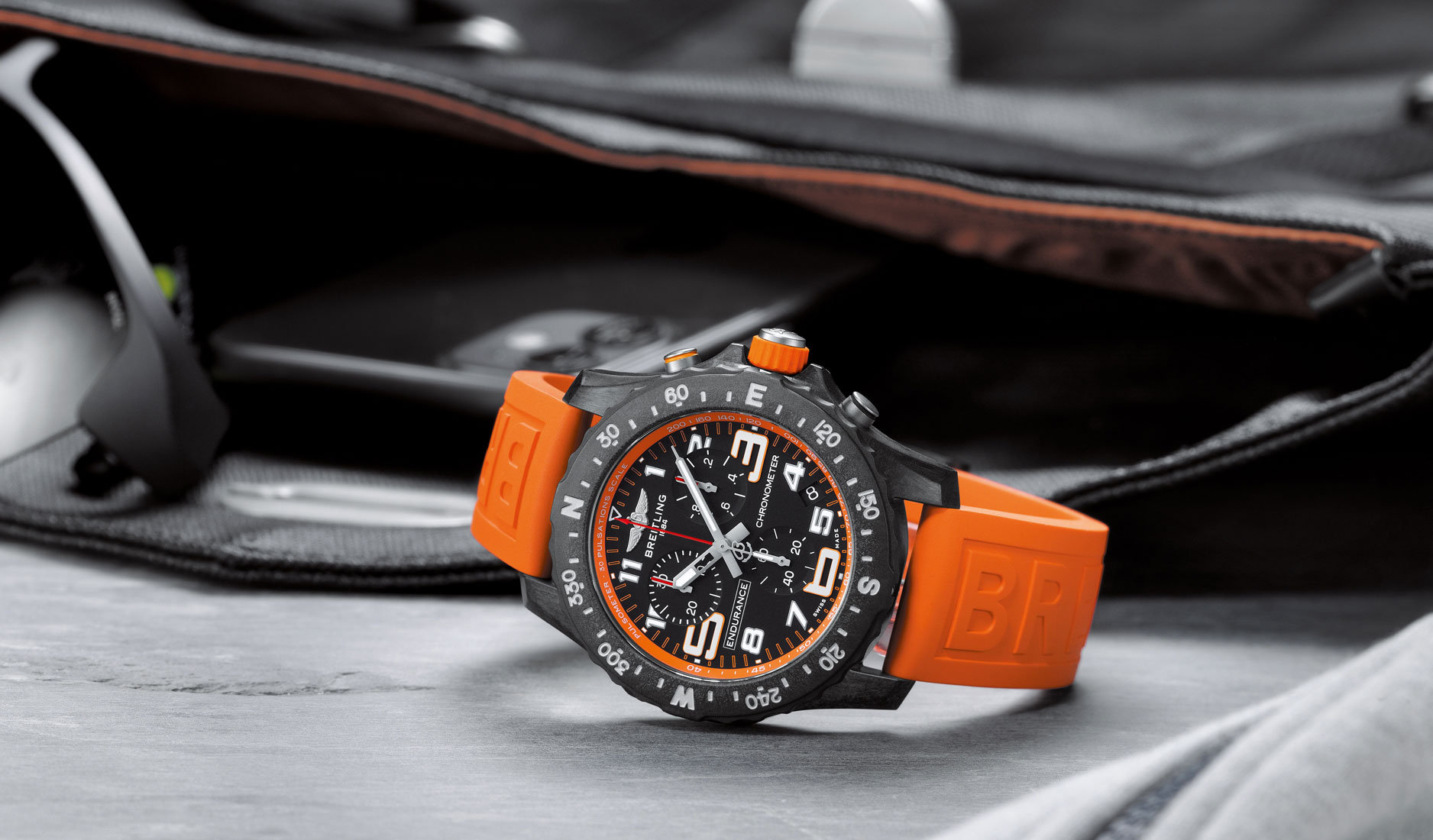 Performance-wise, there’s really nothing to fault the Breitling Endurance Pro for. It caters perfectly to the active set with its precision, reliability, lightness and robustness. But for some reason, we can’t help feeling the collection is missing a green variant, which would really complete the family. Notwithstanding the colour’s appeal in recent years, green just seems like a really natural outdoorsy tone. And considering the Breitling Sprint came in green, here’s hoping we’ll see the shade in the next evolution of the Endurance Pro.