Breguet goes back in time with nothing to hide. 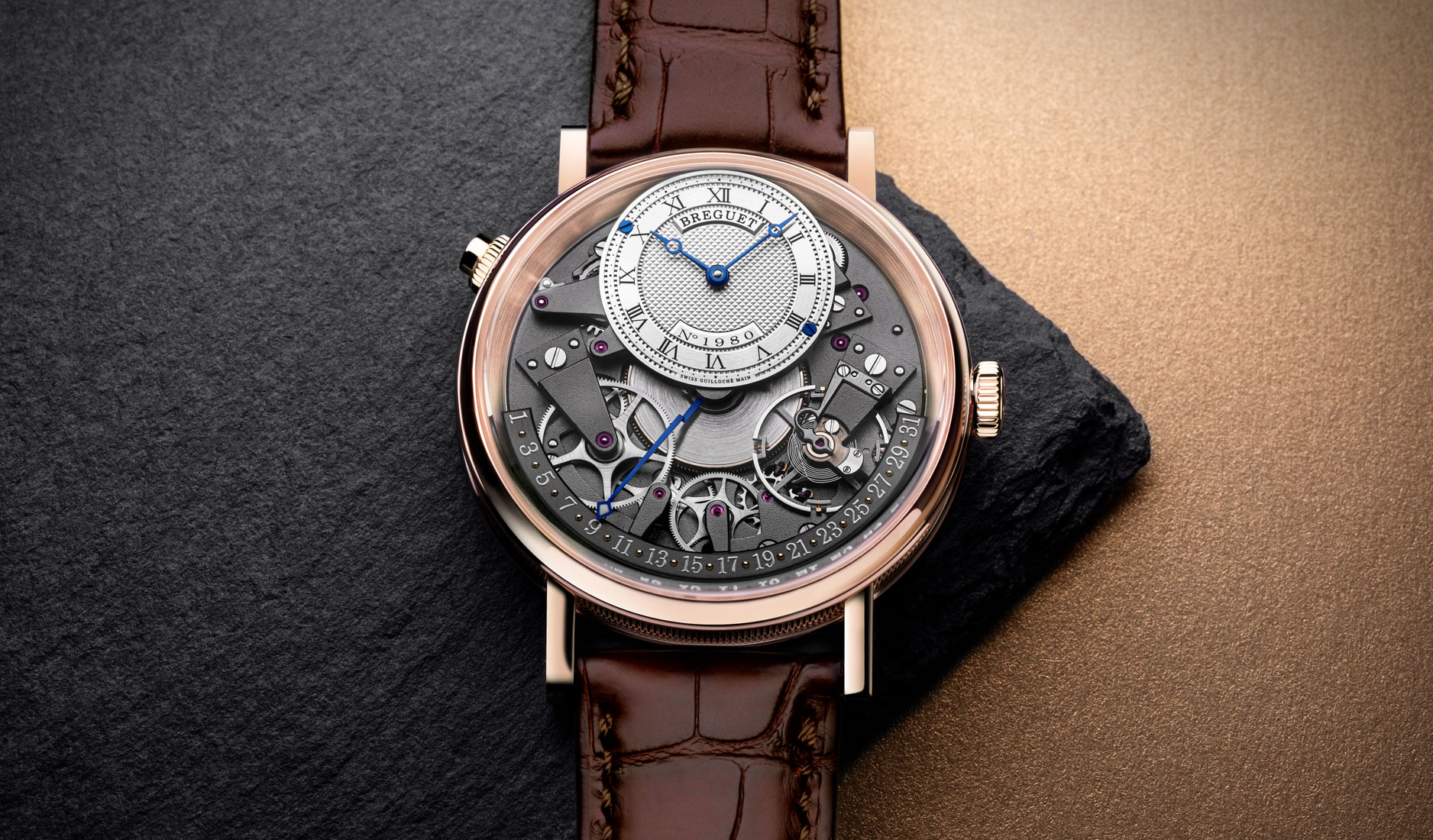 If there was a pocket watch we’d really love to have, it’d be one of Abraham-Louis Breguet’s souscription watches. Of course, that’s close to impossible, seeing as Breguet himself only made about 700 such pocket watches in his time and only about 60 to 70 per cent of them are still around today. Fun fact: Souscription watch number 947, which was sold in 1802, is on display at the Louvre. 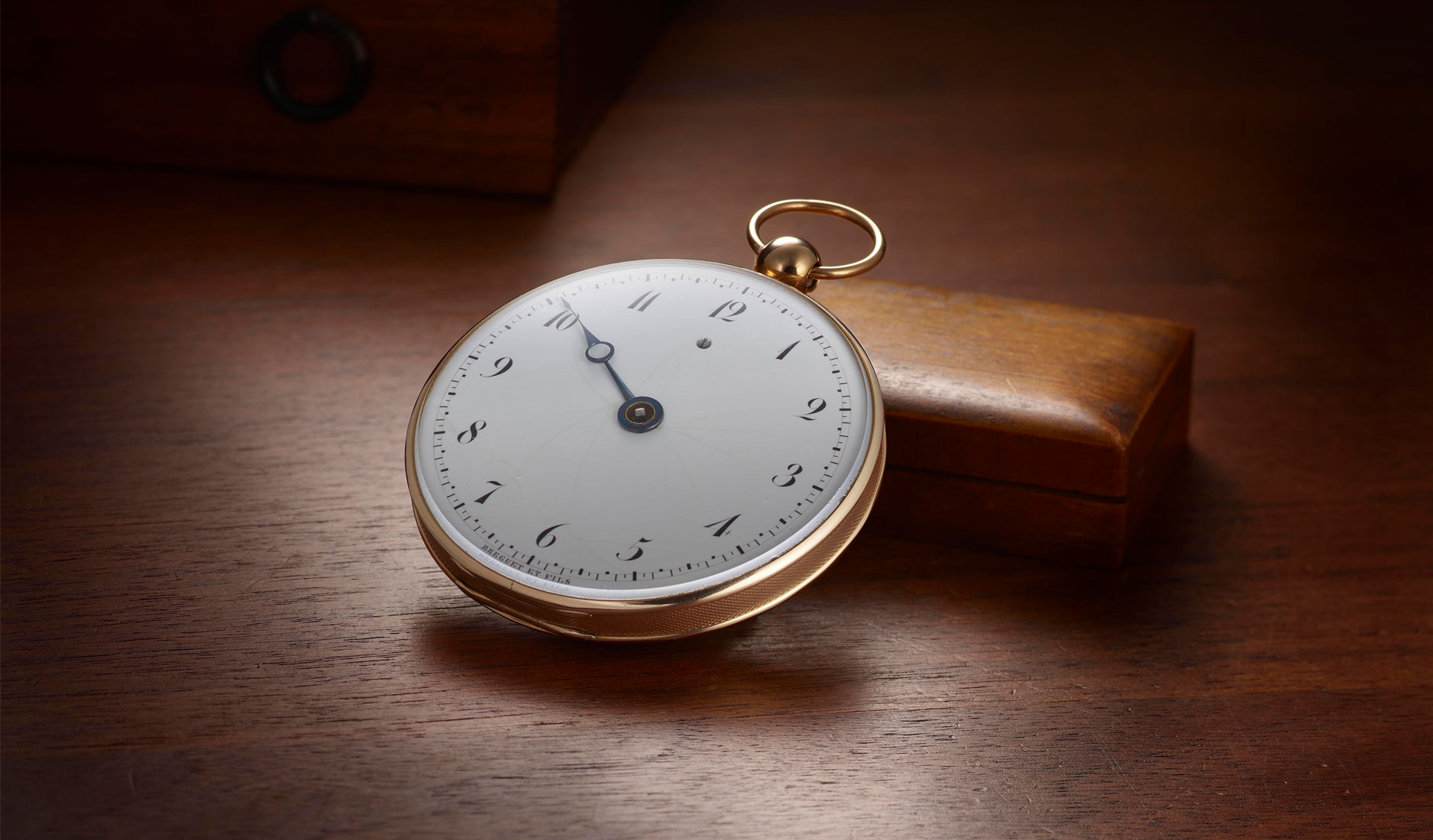 The souscription watches were known for their robustness and sheer simplicity, with just a single hand indicating the hours, and the nearest minute read via the same hand passing through the five-minute markers around the dial. Interested buyers would pay a quarter of the price upon order, and then the rest upon delivery of the watch. This was Breguet’s way of making his watches more affordable and, along the way, attracting a new clientele (considering the market in these uncertain times, one does wonder if such a concept might work now too). 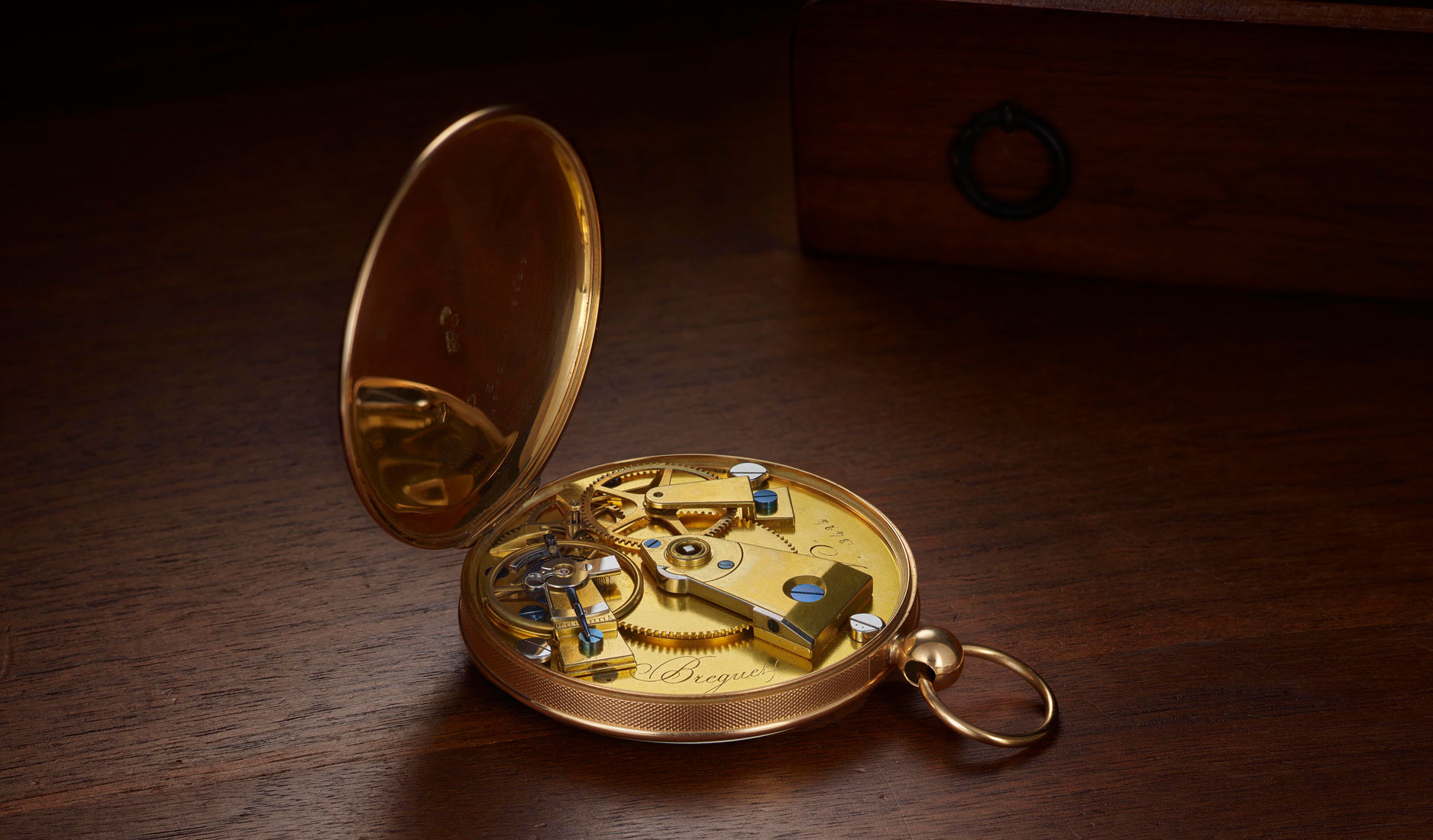 Movement of the Breguet souscription watch no. 3424

Since getting a souscription watch is pretty much out of the question, the more available alternative would be the Tradition range in Breguet’s family of watches. Modelled after the souscription watches, the Tradition collection features the same symmetrical movement layout with the mainspring right smack in the centre and the gear train hugging its curve in an arc below. 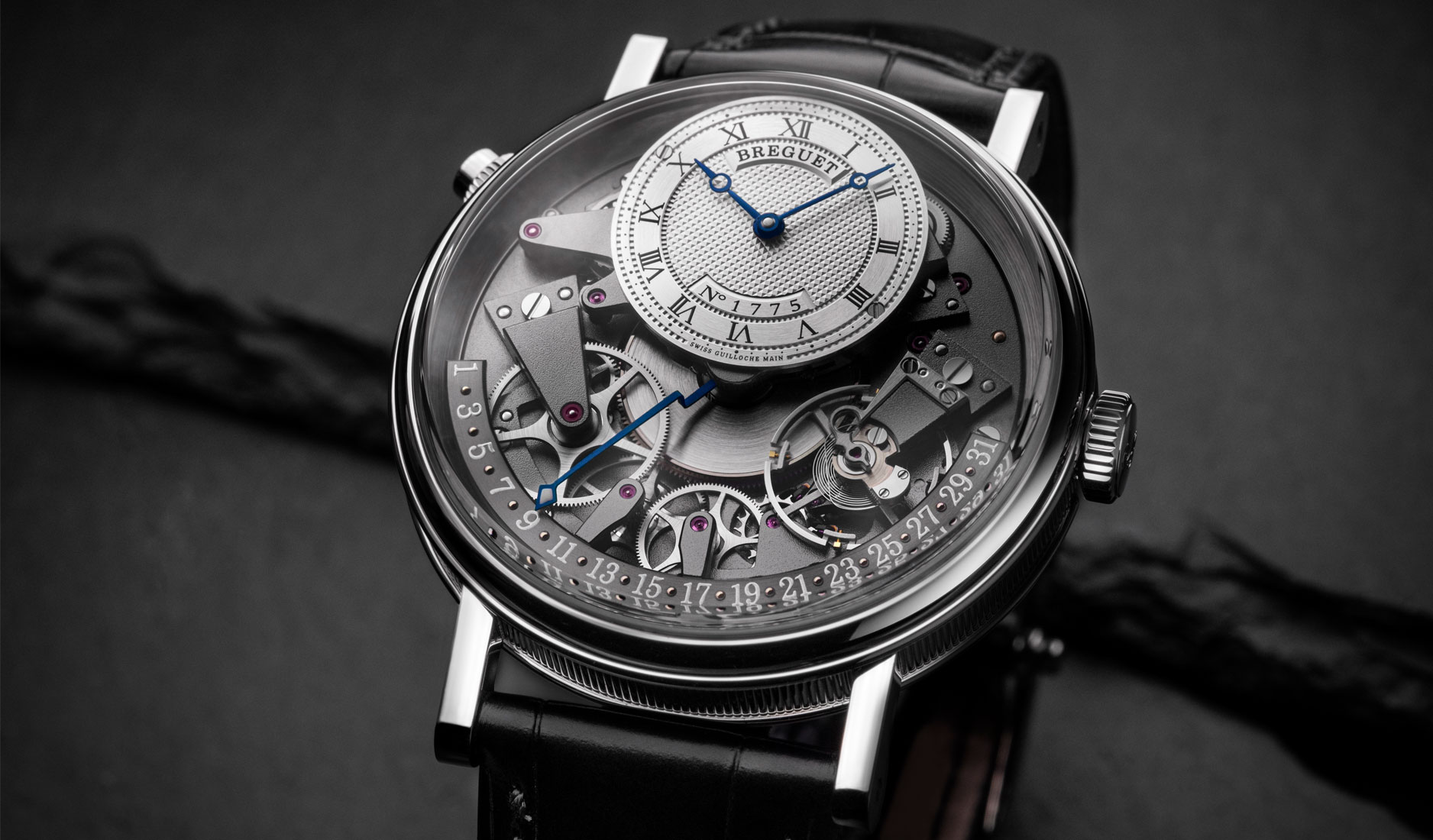 This year, Breguet presents the new Tradition Quantième Retrograde 7597, the first time a retrograde date display has been introduced in the Tradition family. With a completely visible movement on the dial-side, you’d think adding a retrograde date would complicate matters and result in a visually confusing dial. But here’s where Breguet has masterfully sidestepped the problem. By running the date display along the bottom arc of the dial, it makes the best use of the available space, as well as maintains the symmetry that is so important to the Tradition. 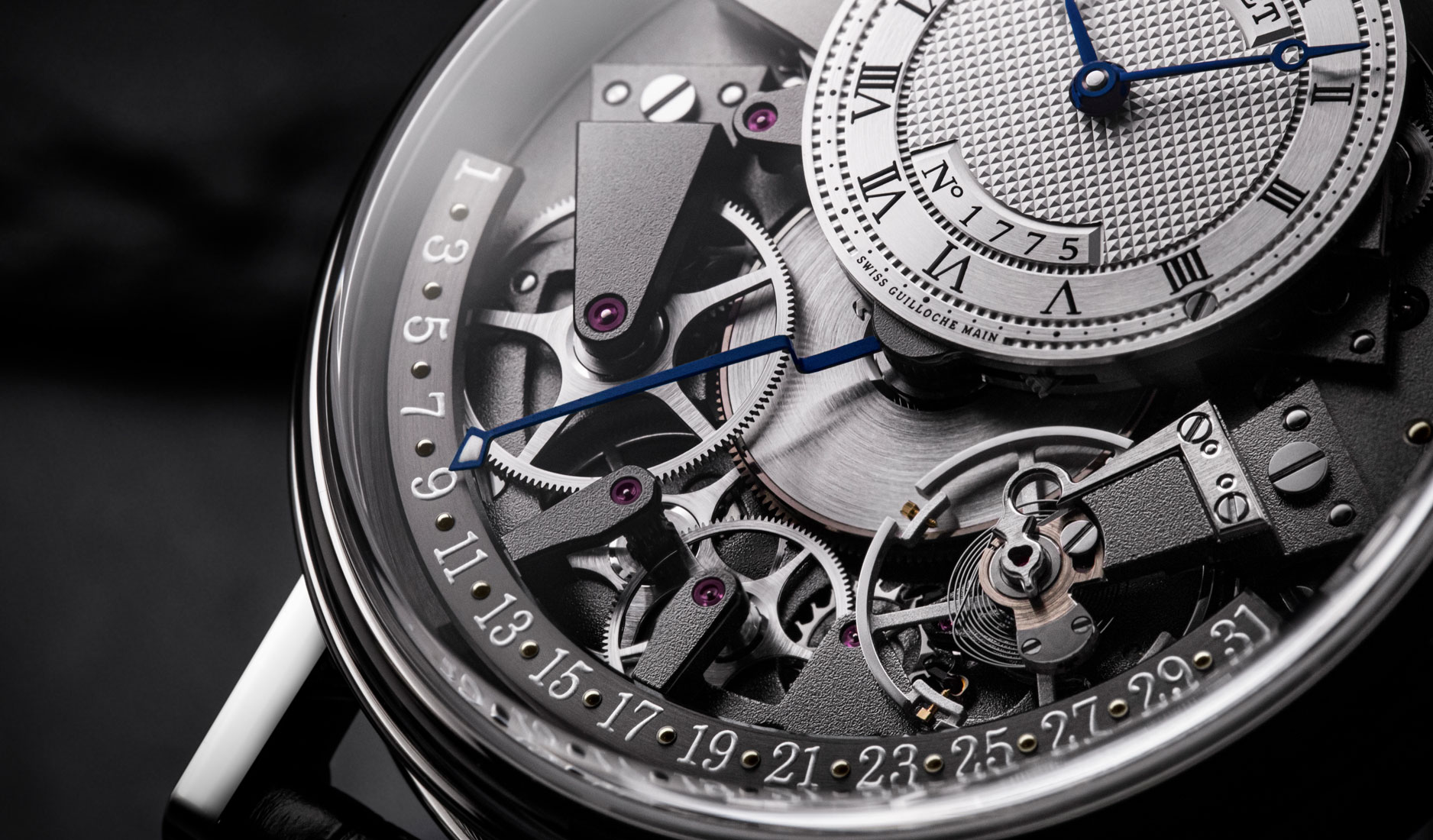 Of course, where to place the display was never really the problem. The real challenge was crafting a hand that could sweep cleanly over the gears of the movement without a hitch. To this end, the engineers devised a new hand that’s bent in two places so it can breeze over the movement easily. We say ‘easily’ but coming up with the perfect hand was far from easy.

Claudio Cavaliere, head of Breguet’s product management team, reveals it took nearly two years to develop the movement and six months of tests to adjust the specificities of the hand, ensuring it is stable and precise. Choosing to use steel also meant that they had to find the right thickness and ensure that it maintains its rigidity after being blued. The big wheel in the centre that drives the hand provides stability, while the arrow tip of the hand is bent towards the date display for greater precision. And, in a nod to Breguet’s invention of the self-winding system, the rotor of the Tradition Quantième Retrograde 7597 harks back to those on the Perpetuelle watches—Breguet’s first self-winding models. 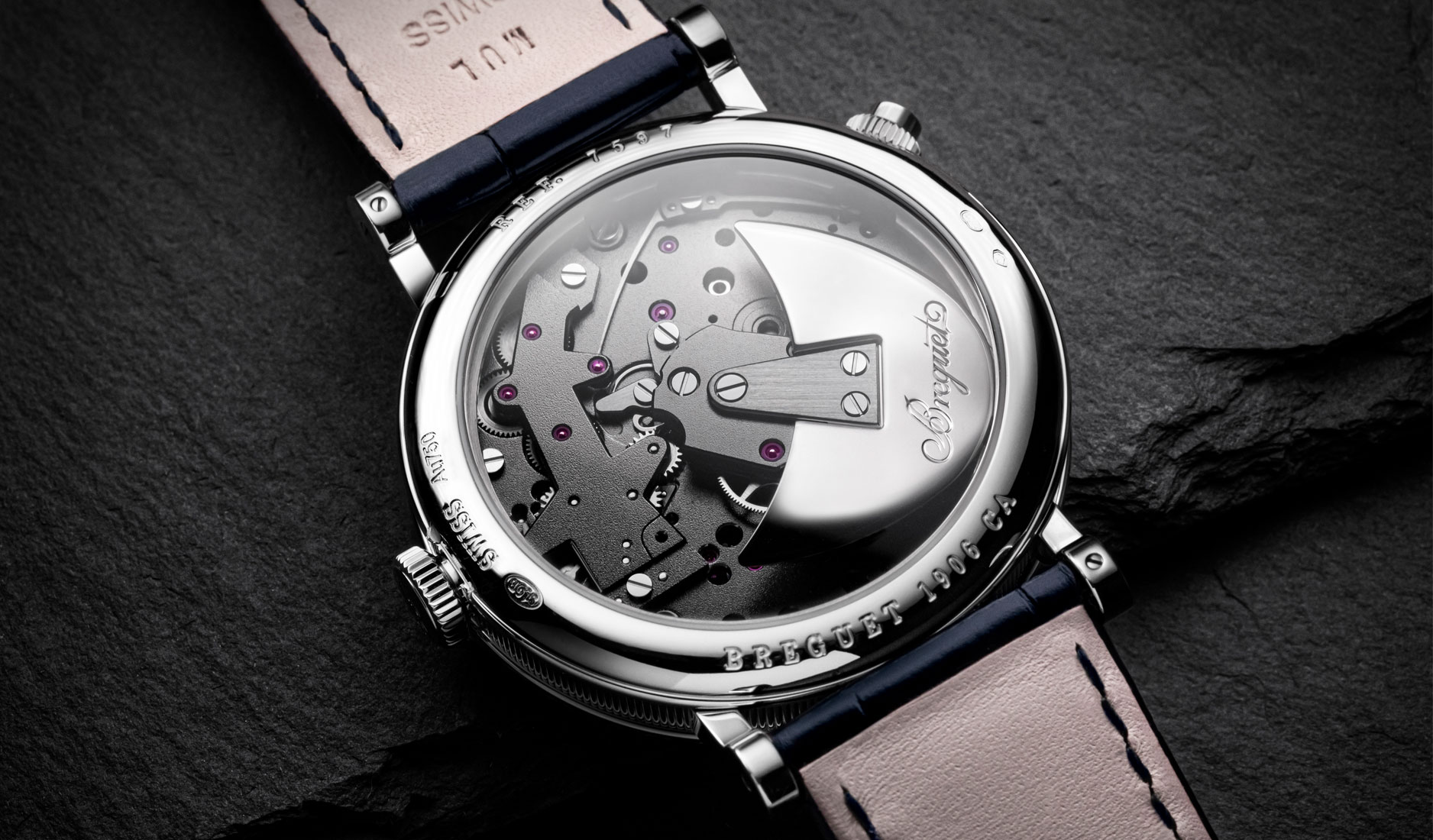 Aficionados of the brand will also know that the hour and minute dial at 12 o’clock is inspired by the miniature dial on some of Breguet’s tact watches, which had a small window through which the aforementioned dial could be seen when the pocket watch was closed. 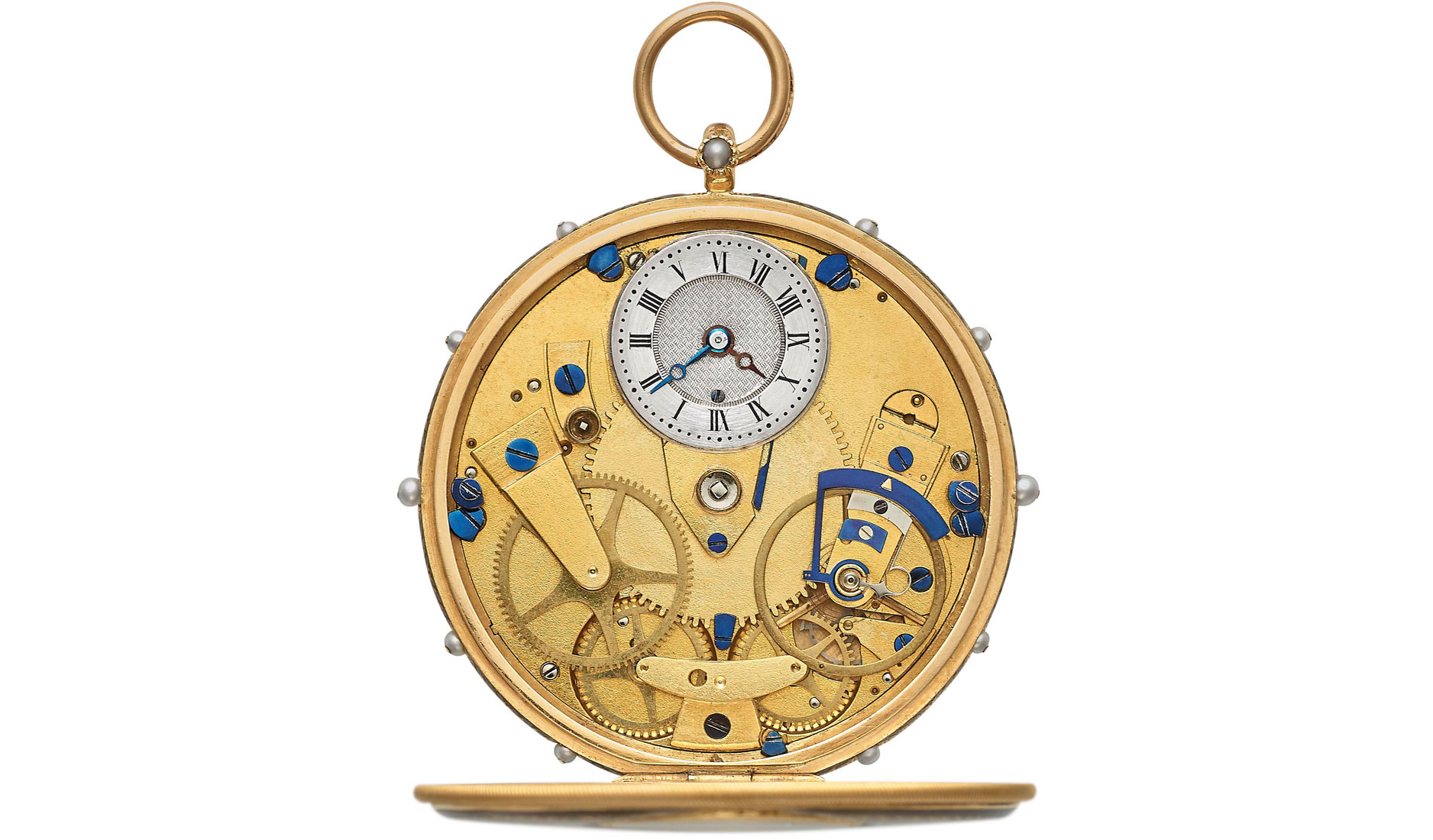 Created in 1799, tact watches were all about discretion, where a single hand on the outside of the pocket watch, along with studs around the rim corresponding to the hour indices, enabled the owner to ‘feel’ the time in his or her pocket without actually looking at the watch. Today, the Tradition Quantième Retrograde 7597 is anything but discreet. It is marvellously candid in its appearance and fastidiously crafted, both inside and outside. Equipped with a reverse in-line lever escapement with silicon horns and Breguet balance spring in silicon, this updated version of the founder’s original pare-chute anti-shock system shows that, like so many other parts of the watch, history and modernity can co-exist in beautiful harmony.