A Blancpain Bathyscaphe made for the boardroom. 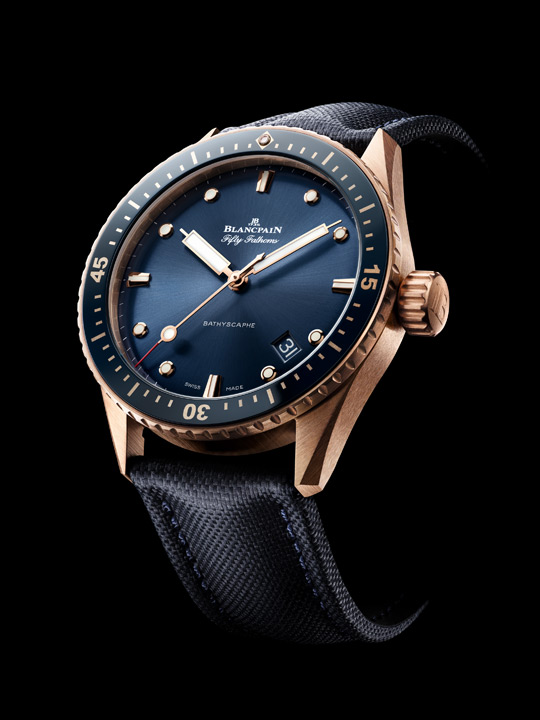 Widely regarded as the first word in modern dive watches, the Blancpain Fifty Fathoms rocked the world simply because there wasn’t anything quite like it before. Developed from a serendipitous confluence of two distinct desires – first from Blancpain’s then-CEO and avid diver, Jean-Jacques Fiechter, who was driven to explore the limits of what a dive watch could do; and later from the company itself, by a challenge from the French frogmen unit to produce military-grade timekeepers fit for combat and underwater use – the first Blancpain Fifty Fathoms watch was introduced in 1953 and practically wrote the blueprint for generations of dive watches to come. 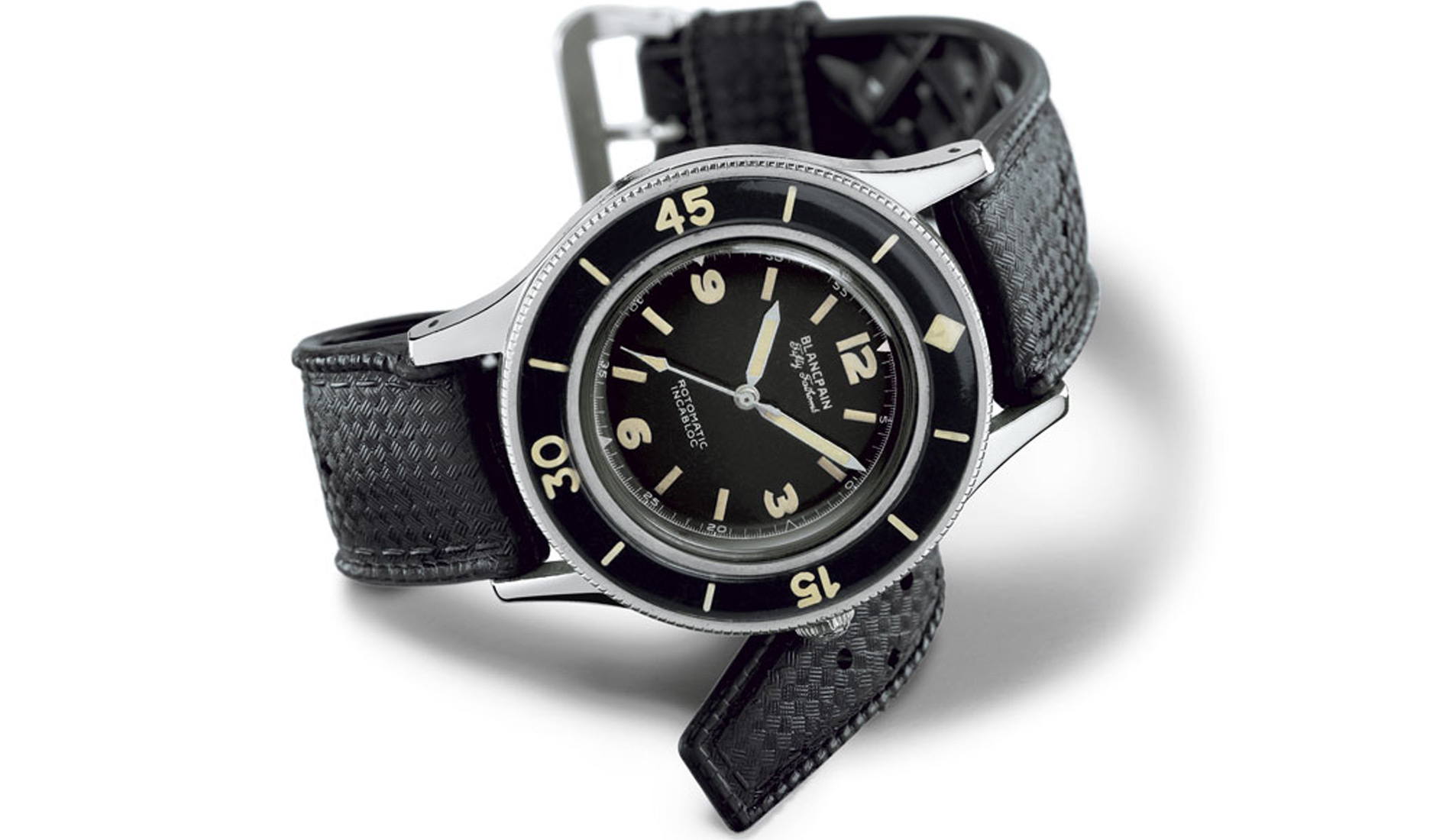 While much has been made of the original Fifty Fathom’s groundbreaking features such as a lockable bezel to set remaining dive times, optimum legibility, and 91.45m (or 50 fathoms) water resistance (thanks to its state-of-the-art double-sealed screw-down crown system), one shouldn’t forget Blancpain’s other equally epochal innovation, which was to transpose the military-spec tool-watch for the civilian world, resulting in the birth of the Fifty Fathoms Bathyscaphe in the late-1950s.

This year, the Fifty Fathoms Bathyscaphe is issued for the first time in a combination of Sedna gold with blue dial and bezel. In case you are wondering, Sedna gold is a gold alloy first used in Blancpain’s sister brand, Omega’s, Constellation watches. Sedna gold is said to be durable, and emanates a reddish tint that is less ruddy than ordinary red gold, thanks to a unique alchemy of gold, copper and palladium. 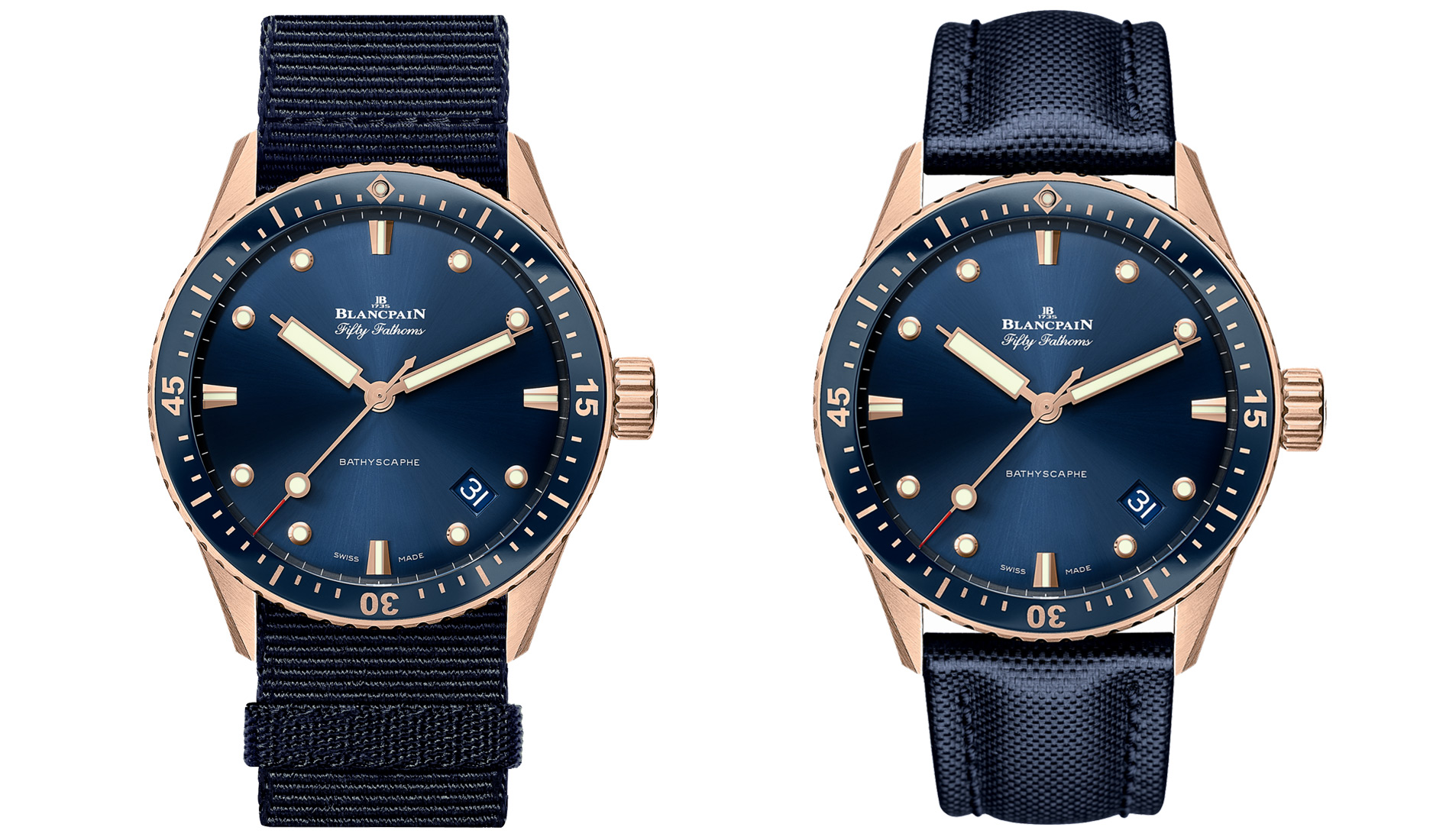 The Fifty Fathoms Bathyscaphe’s gold-blue colour combination appears to be a thing for Blancpain in 2020. Earlier this year, the brand rolled out the Villeret Quantième Complet and Villeret Ultraplate featuring red gold cases with blue dials. It is a pair-up that imbues the watches with stateliness and a hint of ostentation – just like the kind of quality that the new Fifty Fathoms Bathyscaphe is exuding in its new get-up.

We mentioned earlier that the Fifty Fathoms Bathyscaphe is equipped to dive into action if necessary, and it is certainly true for this Sedna gold beauty. The watch is water-resistant to 300 metres (a minimum standard for today’s Fifty Fathoms watches) and it is driven by the automatic Calibre 1315, a movement equipped with silicon balance spring for top-notch rate regularity and three coupled barrels offering five-day power reserve. A workhorse of an engine, the movement was introduced in 2007 and now serves as the base calibre for all modern Fifty Fathoms watches. 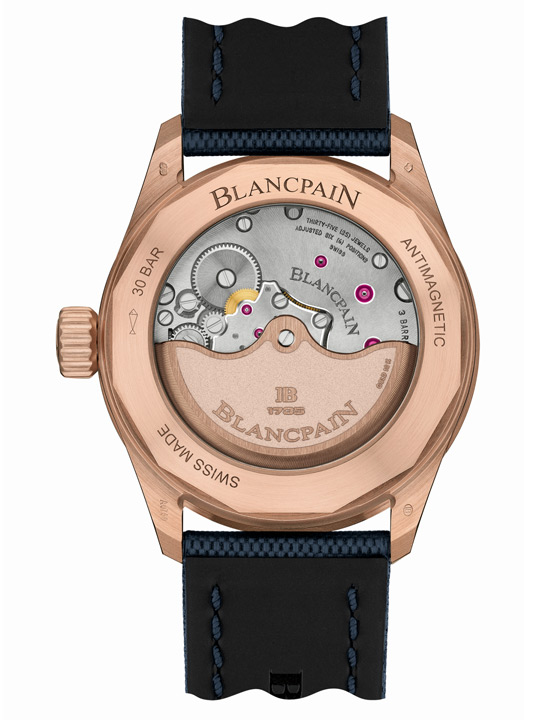 With its sublime combination of power and grace, the Fifty Fathoms Bathyscaphe is definitely fulfilling its potential as a ‘dive watch for suited to everyday wear’ and more. This year’s Fifty Fathoms Bathyscaphe in Sedna gold isn’t the line’s first offering in the precious metal – there was an earlier version in red gold with black dial – and, as evinced by other models boasting complete calendar and annual calendar complications, it doesn’t look like the last Fifty Fathoms to be elevated from its tool watch roots. 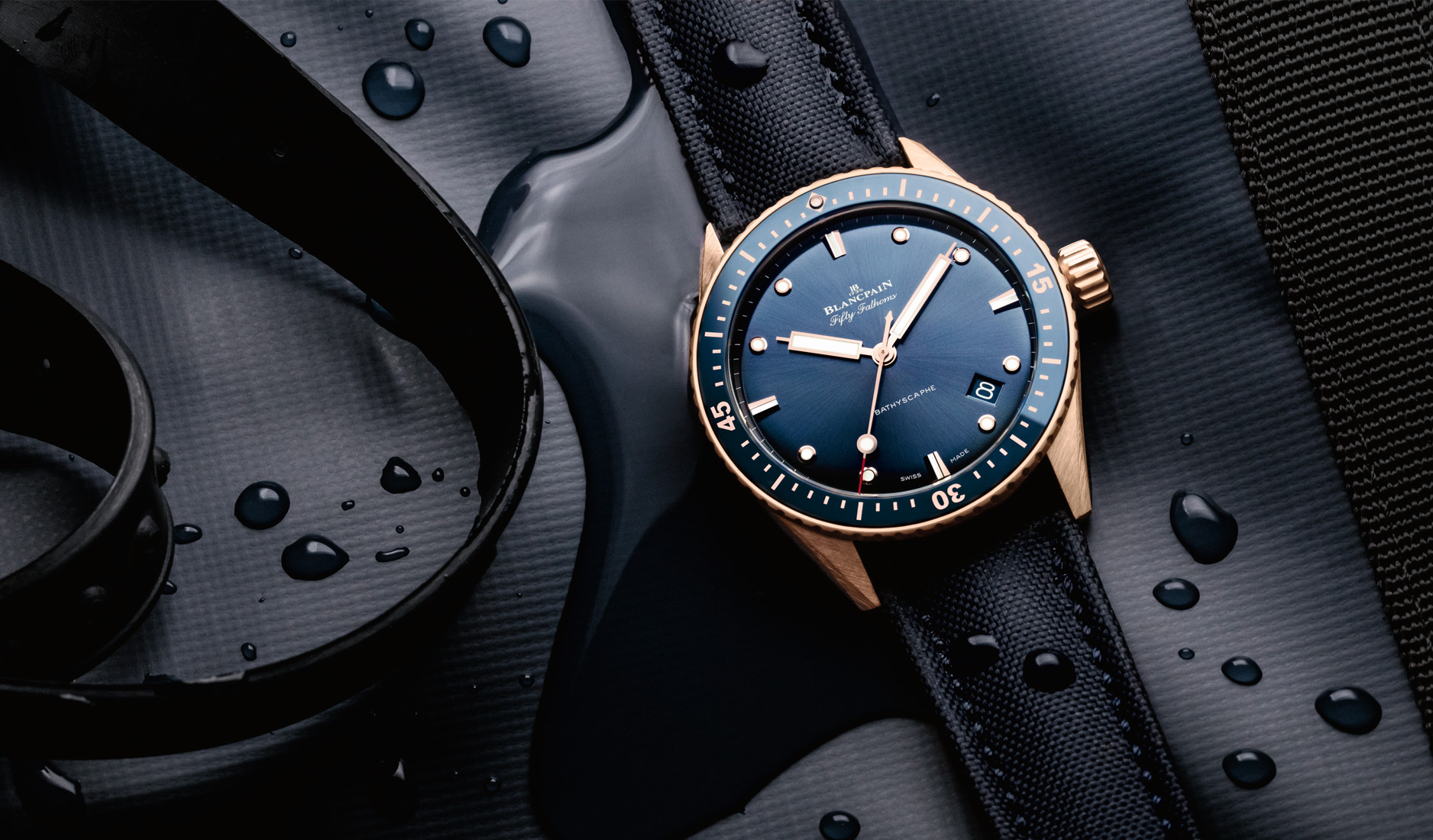