Scan and win with this 999-piece limited edition. 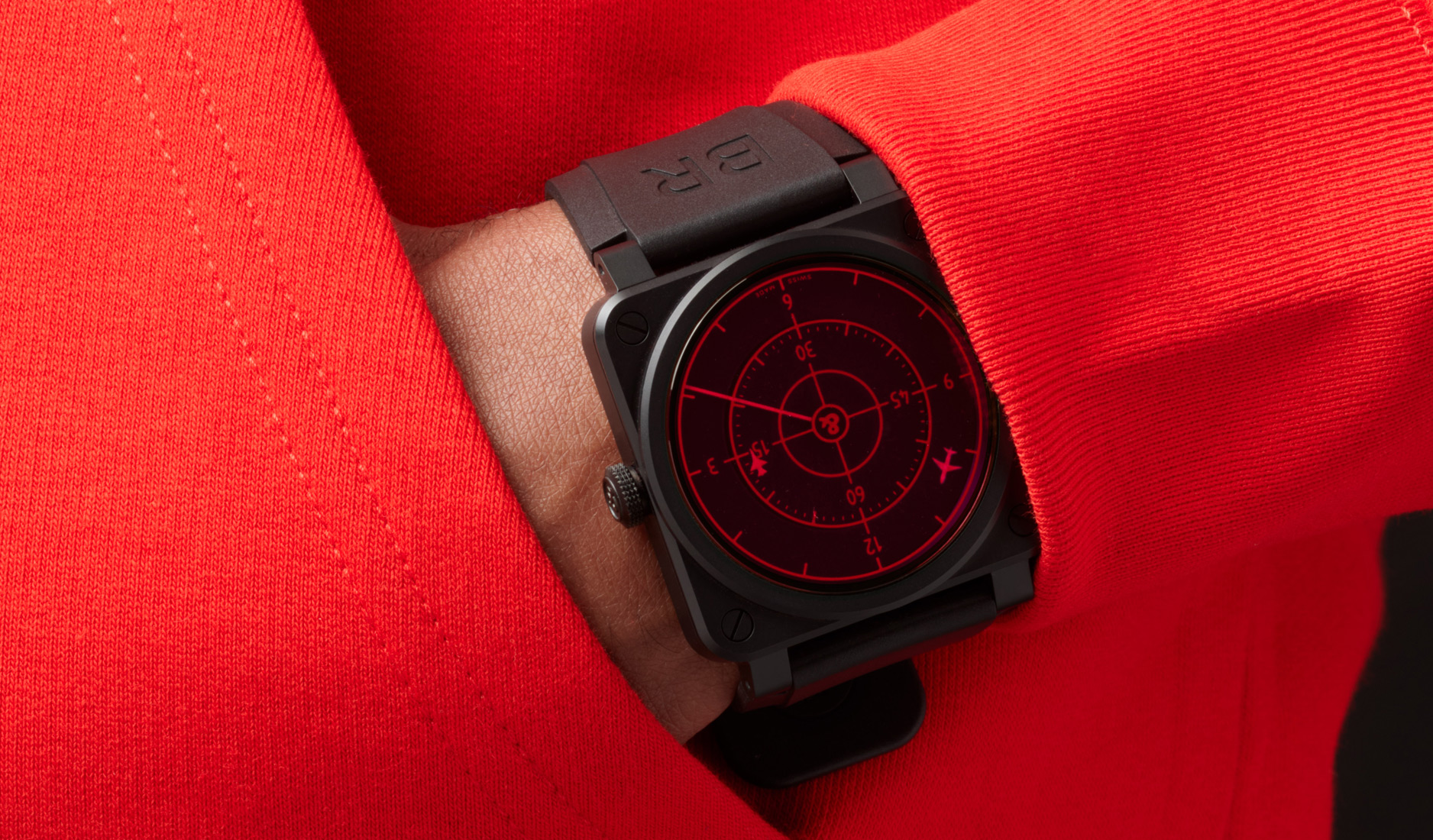 Bell & Ross’ flight instrument panel-style watches literally rewrote the playbook on aviation-style timepieces since it debuted the BR-01 in 2005. The square-cased, round-dialled watch with looks that echoed the display of gauges on a pilot’s control panel was a phenomenon from the get-go, not only spawning numerous imitators in its wake, but also helping Bell & Ross crystallise its brand identity with an iconic product. The latest BR03 Red Radar Ceramic from the sprawling and expansive BR-01 universe serves as a testament to the original concept’s staying power and adaptability.

Given the myriad dials and indicators in an aircraft’s cockpit control, Bell & Ross had certainly struck horological gold. The BR flight instrument-inspired watches rolled out iterations that transposed compasses, airspeed indicators, altimeters and turn coordinators into time displays, and the new BR03 Red Radar Ceramic, as the name suggests, is a riff on radar scanners. 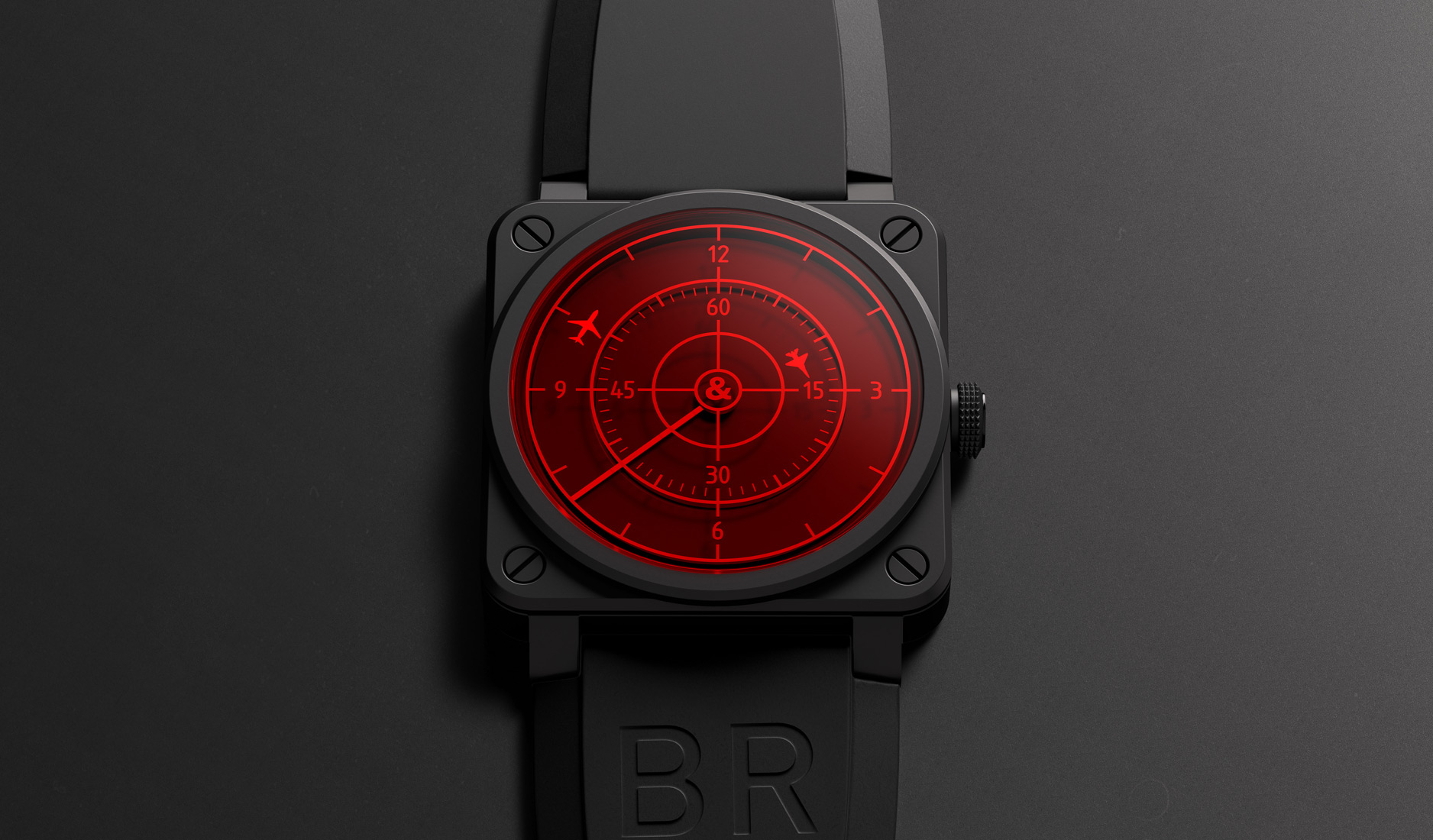 Housed in a ceramic case, the watch is actually Bell & Ross’ third radar-style timepiece – the first being the BR01 Radar from 2010 and the second, the BR021 Red Radar from 2011. Like its predecessors, the BR03 Red Radar Ceramic features a series of rotating discs that replace regular hour and hands. On the new model, the visual drama is heightened with a three-level construction: one with the hour and minute discs, indicated by a silhouette of a passenger aircraft and fighter plane, respectively; a long red seconds hand on top, which mimics the scan liner; and a red sapphire crystal with stylised hour scale printed on the underside to cap the displays. 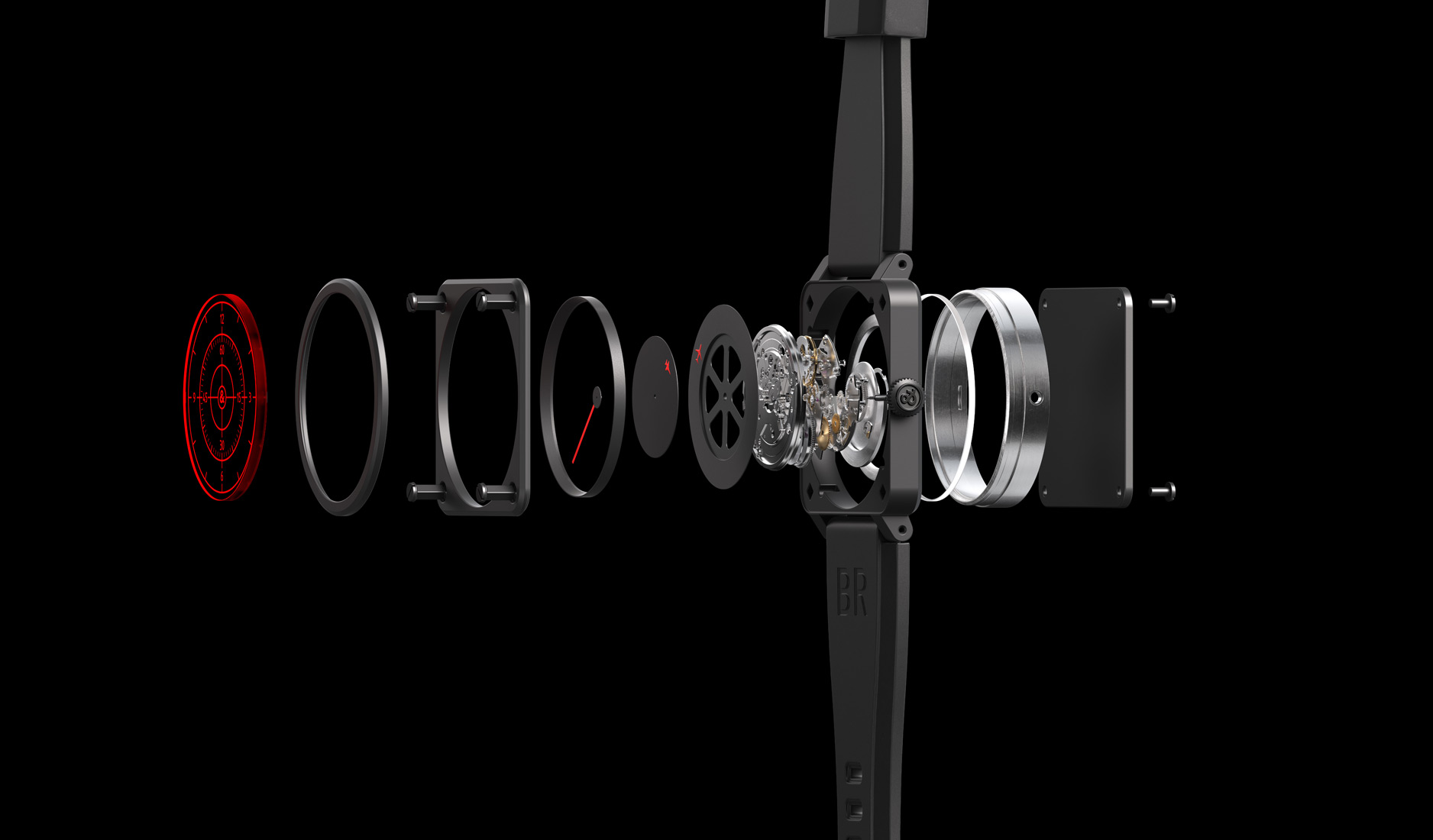 Besides the souped-up display, the BR03 Red Radar Ceramic promises a comfier fit, especially for those with thinner wrists, with its 42mm by 42mm size, compared to the earlier Radar models that came in 46mm by 46mm cases typical of the BR01 range. At the same time, the new ceramic case is certainly an upgrade from the black PVD-coated stainless steel cases of previous iterations, boasting attributes that include scratch resistance, lightness, and hypoallergenic quality.

Running on a Sellita-based automatic movement with approximately 42-hour power reserve, the watch is water resistant to 100m. Paired with a thick rubber strap, the BR03 Red Radar Ceramic wears its chic utilitarianism well and, for the legions of Bell & Ross fans who enjoy the brand’s whimsical style, makes for a neat addition to their collection. 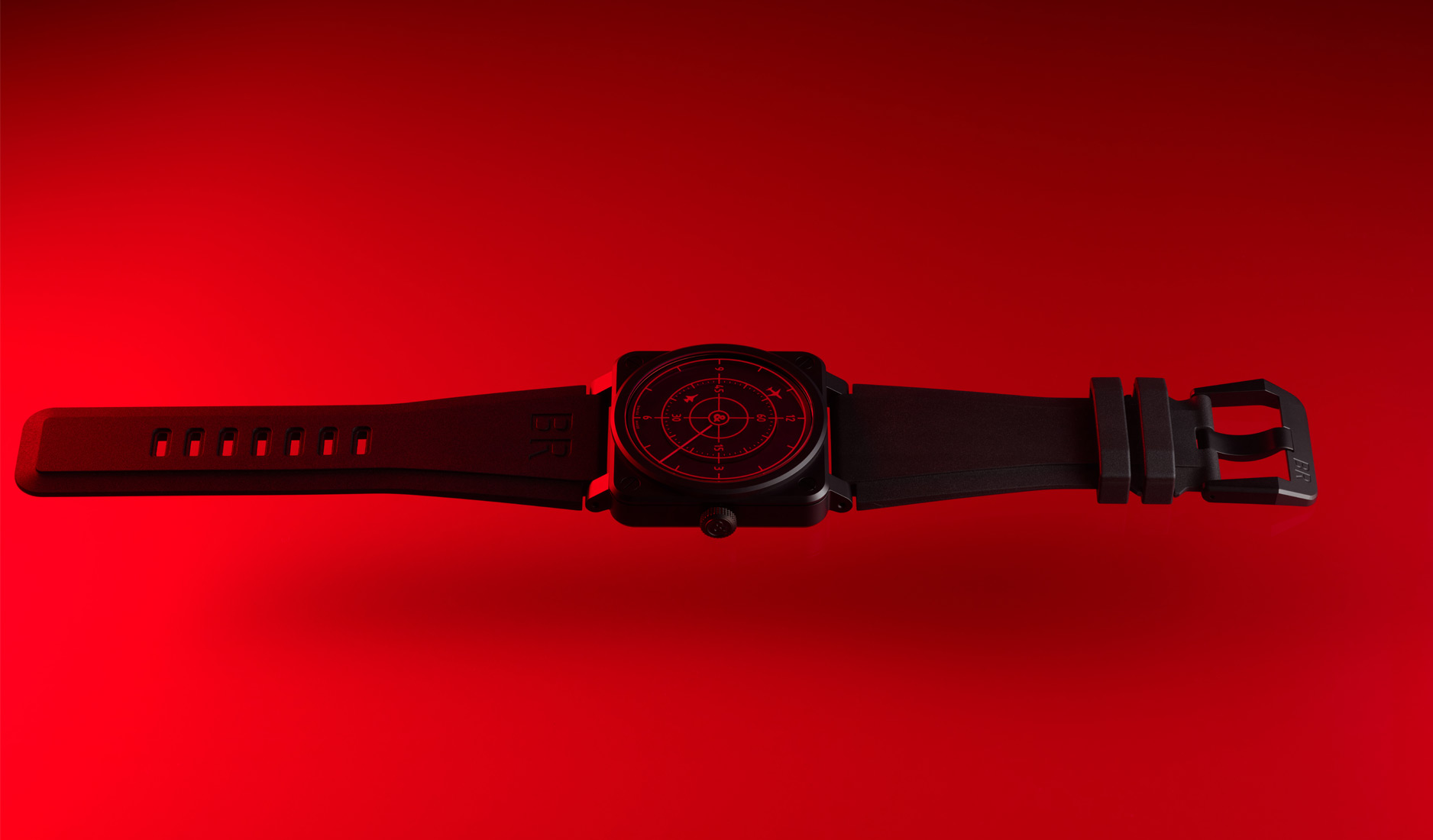 The watch is available for pre-order here.