The Audemars Piguet Royal Oak Concept Supersonnerie first made its appearance at SIHH 2015. Although it wasn’t in full production mode then (working name, Audemars Royal Oak Concept RD#1), the watch quite literally blew the minds of the few privileged to see it in action. 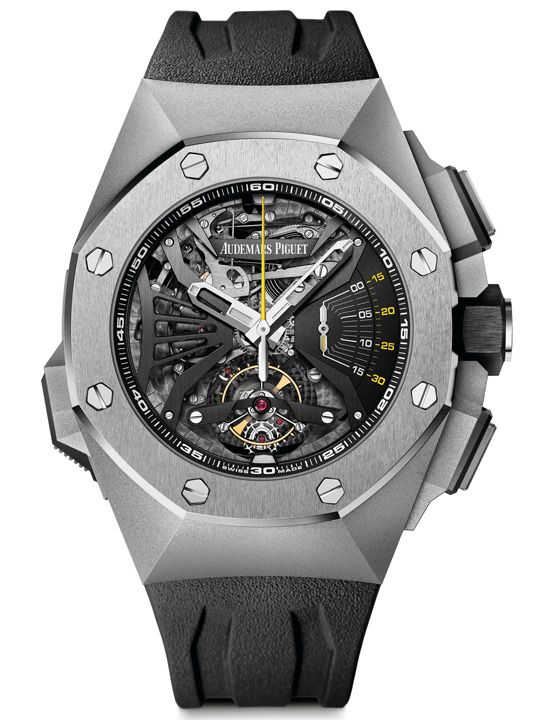 Equipped with a new striking mechanism and a new chime based on a study of musical instruments, research and development alone took eight years, and was done in collaboration with the École Polytechnique Fédérale de Lausanne (EPFL).

The prototype shown at SIHH had such a loud, distinct and melodious chime that it was audible even from a few metres away, hinting at the extraordinary acoustic power generated by the mechanism. Cased in titanium (an unusual choice for a repeater, considering its low density; gold is purportedly the best material for chiming watches), the watch is waterproof to 20 metres, another technical coup considering how a watertight case typically muffles the sound of the gongs. Oh, and did we mention that the watch also comes with a tourbillon and chronograph?

The sonic prowess of the Audemars Piguet Royal Oak Concept Supersonnerie comes down to three patents. The first has to do with the manufacturing process of the steel gongs, resulting in a gong structure that allows watchmakers to tune the gong to achieve greater clarity and better tone.

The second patent pertains to case construction. Instead of attaching the gongs to the mainplate, as typically done on other minute repeaters, the gongs of the Royal Oak Concept Supersonnerie are attached to a copper alloy ‘sound board’ between the mainplate and caseback. The ‘sound board’ acts as a resonance chamber, which allows the sound to reverberate and be amplified without passing through the main movement components that tend to absorb the sound, which in turn affects the clarity of the chimes. 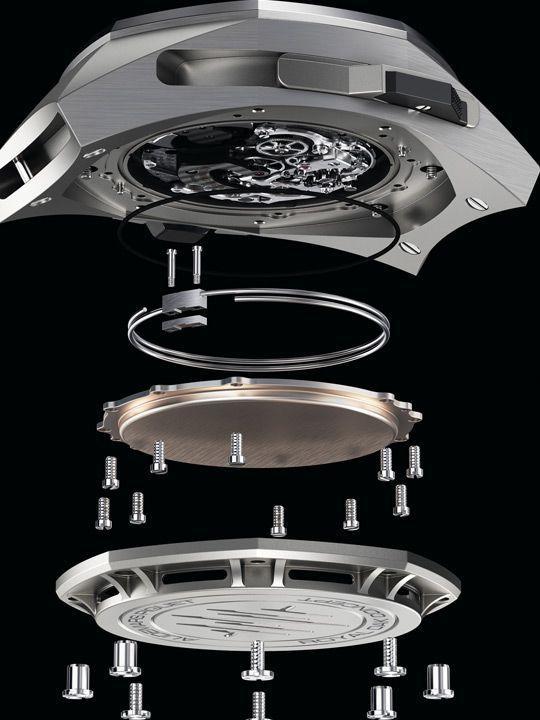 The third patent concerns the eradication of unwanted noise that is heard in between the chimes, a kind of buzz generated by a regulator that controls the speed of the chimes. In this watch, Audemars Piguet’s engineers developed a special mechanism that acts as a sound muffler that absorbs the buzz.

Chief marketing officer Tim Sayler said that the brand was inspired by a vintage minute repeater from 1924, which is found in its own museum: “The sound quality it has is astonishing. It’s not extremely loud but it has a beautiful, well-balanced tone. We collaborated with the EPFL to understand what drives the quality of minute repeaters, and bring this technology into the 21st century and make a watch that can be worn. We also worked a lot to understand the principle of stringed instruments so that we can bring the sound to life.”

And there's no need to imagine how this baby sounds. WATCH the video here and be blown away.