The fabled 222 reaffirms its place in Vacheron Constantin’s canon of groundbreaking models. 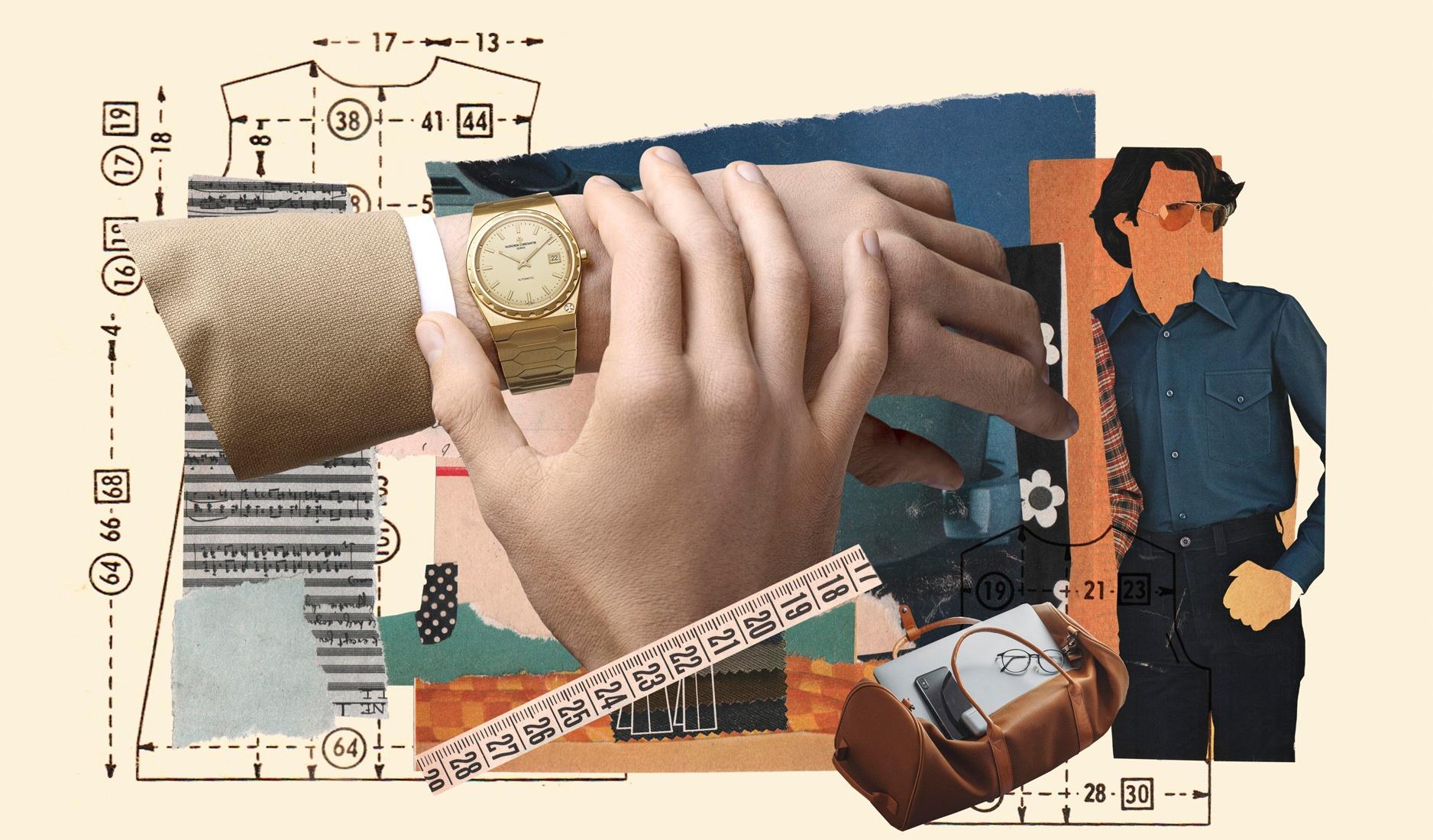 Throughout the 1970s and 1980s, the competition among luxury watch brands looking to stamp their mark on the then-burgeoning category of high-end sports watches was rife and intense. As these horological heavyweights battled to out-flex each other, the oft-quoted expression ‘iron sharpens iron’ was demonstrated to rewarding effect. Because when the dust finally settled, the brands and, indeed, the horological scene at large were all the richer for it.

The short and intense rivalry yielded an exceptional harvest. Several of those watches that premiered in those decades are now considered icons of watchmaking. Audemars Piguet’s Royal Oak, Patek Philippe’s Nautilus and, of course, Vacheron Constantin’s 222 were among the then-newly minted stars of the field, challenging the status quo with fresh aesthetic approaches and non-traditional design codes. 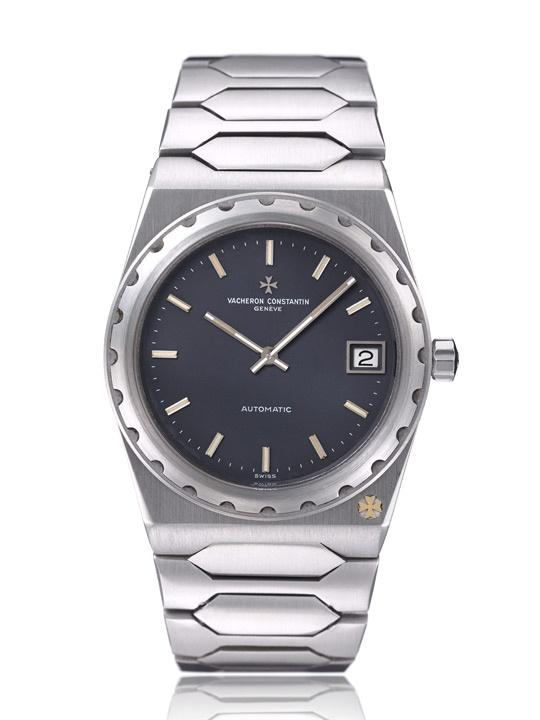 The 222 was introduced in 1977 to commemorate Vacheron Constantin’s 222nd anniversary. As fitting as the watch’s premiere was for the occasion, the world’s oldest-running watch Manufacture was just a little late to the party. Five years earlier, Audemars Piguet had written the blueprint with the Royal Oak, which shifted paradigms by introducing the concept of casual, sportive luxury in a robust and pricey steel watch. Patek Philippe followed suit with the Nautilus in 1976 to try to establish itself as among the forerunners. When the 222 arrived on the scene, it is fair to think that moneyed watch collectors were already accustomed to the idea that classically rooted, centuries-old watch manufactures were open to moving with the times, offering timepieces that spoke a different design language from what came before. 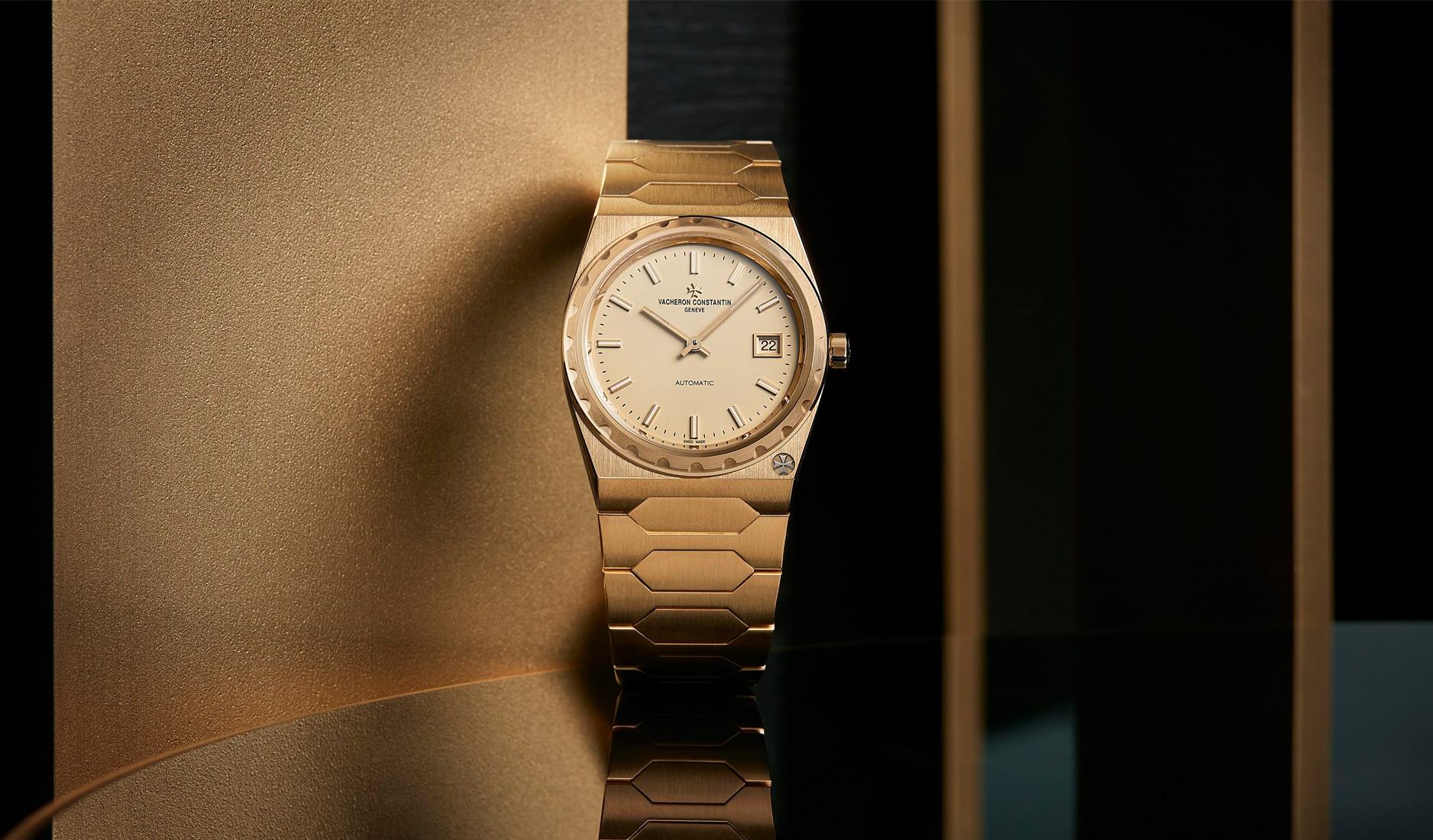 Interestingly, many of those epochal luxury sports watches were designed by just one man – the late Gérald Genta, an established watch design genius who was behind the likes of the aforementioned Royal Oak and Nautilus, as well as the BVLGARI-BVLGARI watch and IWC’s Ingenieur, among others. For its own crossover bid, however, Vacheron Constantin placed its faith on a rising star, the 24-year-old Jorg Hysek.

Like so many young designers looking to hit it big in the 1970s, Hysek was full of imaginative vigour. He was probably unencumbered, too, by the weight of tradition that would’ve been imposed by a watchmaking house as long-standing and illustrious as Vacheron Constantin.

And it showed. Although Hysek’s 222 design took inspiration from earlier models like the Turnograph (1963), which sported a bidirectional rotating bezel with graduated scale and baton-type hands, and the Chronomètre Royal (1975), which brandished an unusually shaped case, the 222 was unlike anything in the Vacheron Constantin line-up at that time. Indeed, the launch of the 222 had since been described as “a turning point” in the company’s history as it spearheaded Vacheron Constantin’s charge in the unchartered realm of sport-chic watches. 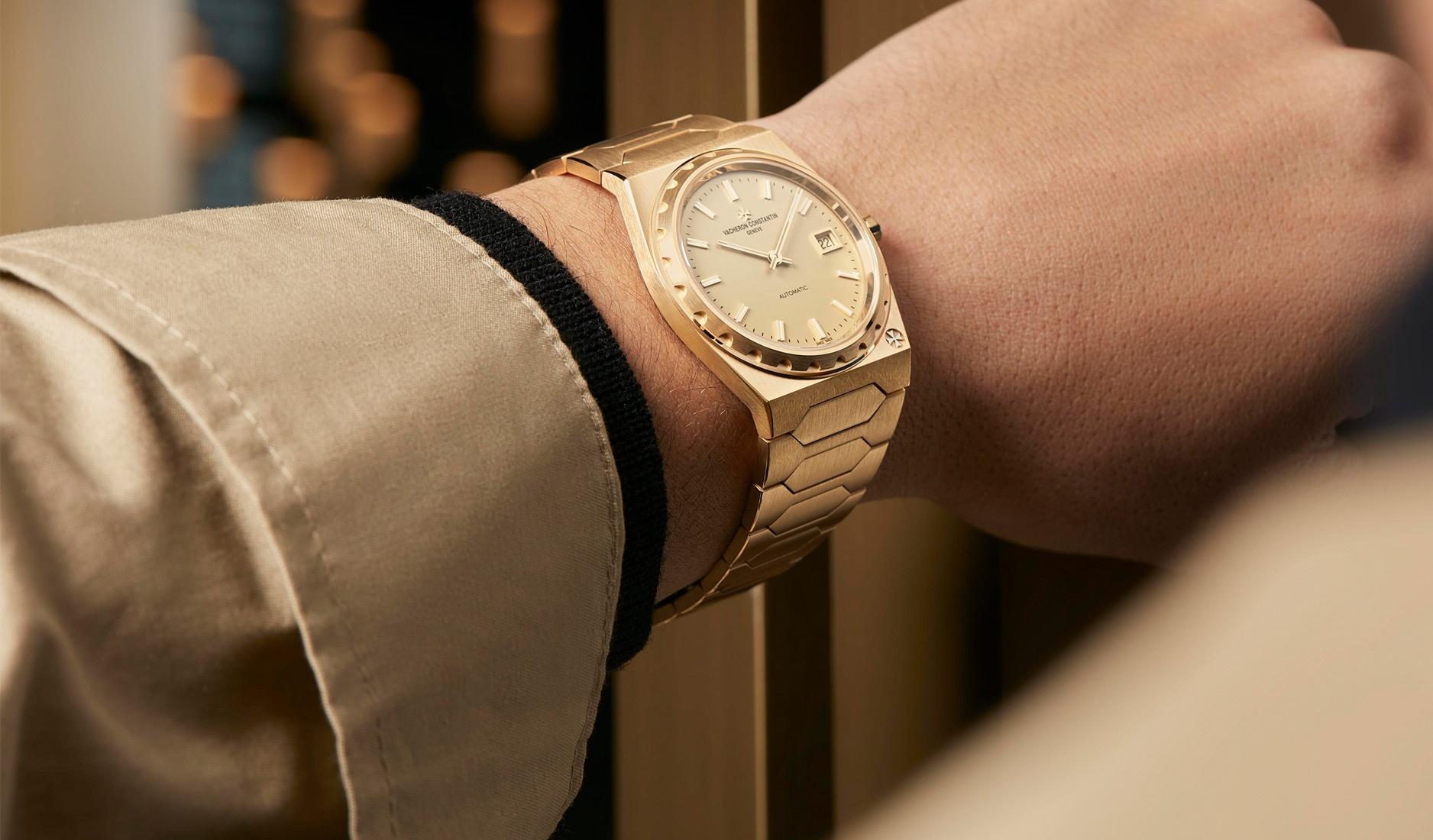 Although the 222 opened new doors for Vacheron Constantin, the collection didn’t enjoy the same longevity as the likes of the Royal Oak and Nautilus, and was retired rather swiftly in 1985. Even so, the 222 continues to cast a long shadow. The collection’s impact and influence continue to be apparent, especially in Vacheron Constantin’s modern-day sports luxury collection, the Overseas. At the same time, the 222’s supernova-like existence only served to cement its enigma and allure, with vintage models hotly coveted by collectors and aficionados.

In what seems like a long overdue appearance, the 222 gets a new lease of life this year as a Vacheron Constantin boutique exclusive. The watch is available yet again as part of Vacheron Constantin’s Historiques collection, a line that is famous for reviving and reinterpreting the brand’s early icons. So, if you don’t know about – or have yet to appreciate – the 222’s captivating pull, this re-edition in 37mm yellow gold will let you know what you’ve been missing.

The new Historiques 222 is modelled after the 1977 ‘Jumbo’ model, bearing the same dimensions and aesthetic signatures of the original. (Besides the 37mm ‘Jumbo’, the 222 was also offered in 34 mm and 24 mm models.) Every design element that distinguished the 222 is faithfully replicated. The monobloc tonneau case, stylised bezel, integrated bracelet with elongated hexagonal middle links, baton hands and markers, and Maltese Cross logo at the bottom right corner of the case come together in a picture of geometric harmony. It is a look that is sharp, angular, and dominant, deliciously retro when viewed through modern lenses but casually and elegantly imposing, nonetheless. 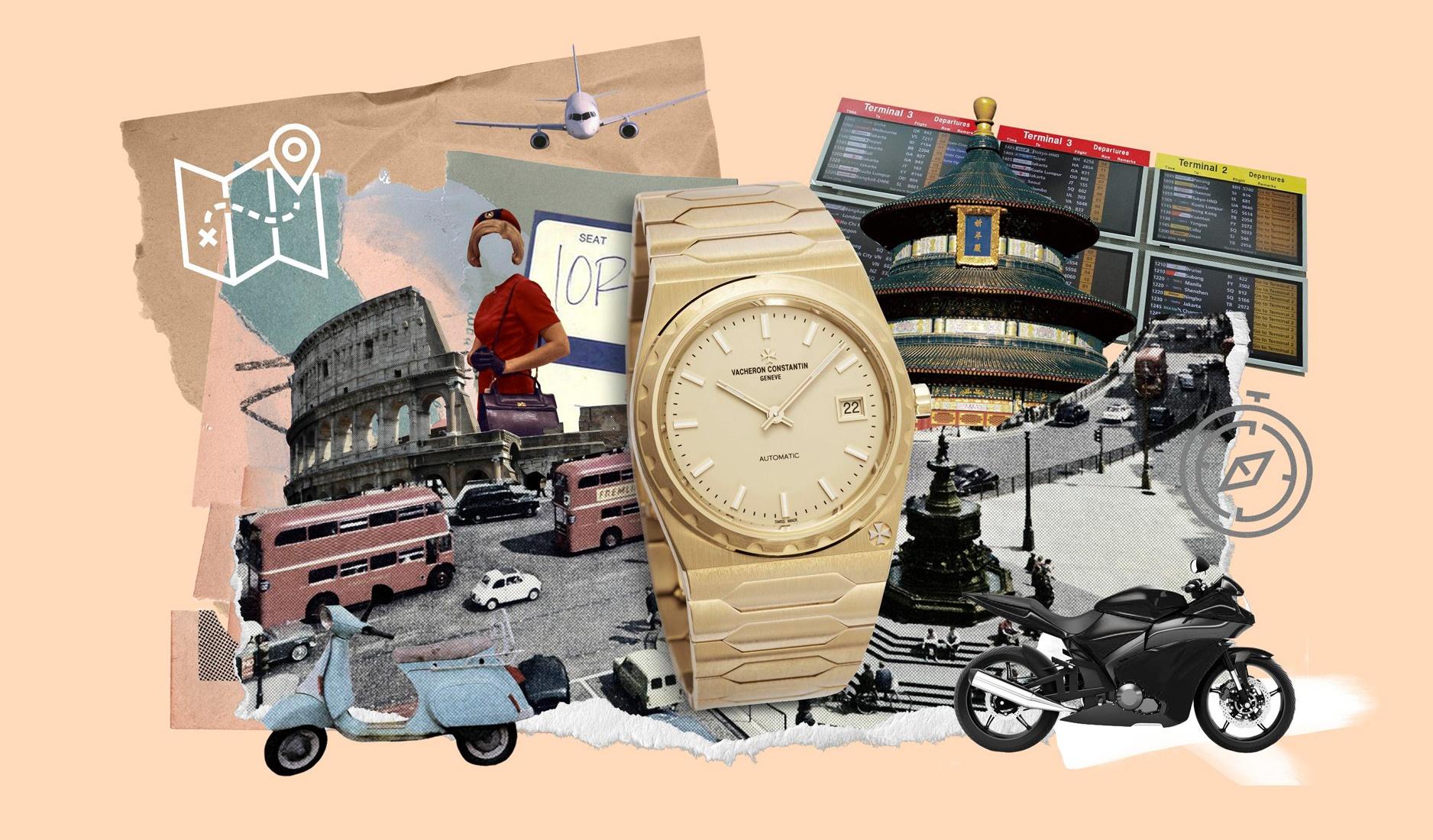 As it is customary for new Historiques models, the 222 is judiciously updated for performance and wearability. The re-edition is driven by Vacheron Constantin’s new-generation in-house automatic Calibre 2455/2 with 40-hour power reserve, and it sports a specially designed rotor bearing the bezel design with a frosted finish, as well as the inscription ‘222’. The bracelet is also slightly reworked for a more ergonomic fit.

After encountering the new Historiques 222, like many collectors, we, too, wondered why Vacheron Constantin didn’t stick with the 222 through the decades – it seemed like a ready-made winner destined for iconic stature. The brand’s decision to resurrect the legendary 222 not only gives the watch its due credit as one of the pioneering watches in the sports-luxe category but tellingly confirms its popularity that had once been prematurely curtailed.