Much has been made about Vacheron Constantin’s indisputable history as the world’s longest running watch manufacture. To date, the company has been in existence for 264 freaking years. Before there was electricity and at a time when humans only just discovered carbon dioxide, Vacheron Constantin was making classy and outrageously complex timekeepers.

So, as much as terms like ‘historic’ or ‘grand old dame’ are often conveniently used to describe the veritable Swiss horological giant, it would be way off the mark to suggest that Vacheron Constantin’s legacy is entrenched in the past. Rather, like it was back then, the watch brand today has always been in sync with – if not quite ahead of – the times.

To illustrate, we’d like to draw your attention to two standout complications that Vacheron Constantin premiered at SIHH 2019, which demonstrate what it means for a 264-year-old brand to continue to thrive in the modern world.

TAKE TWO
First, the Traditionelle Twin Beat Perpetual Calendar, one of the most technically innovative offerings OF THE YEAR. And mind you, we are only in March. 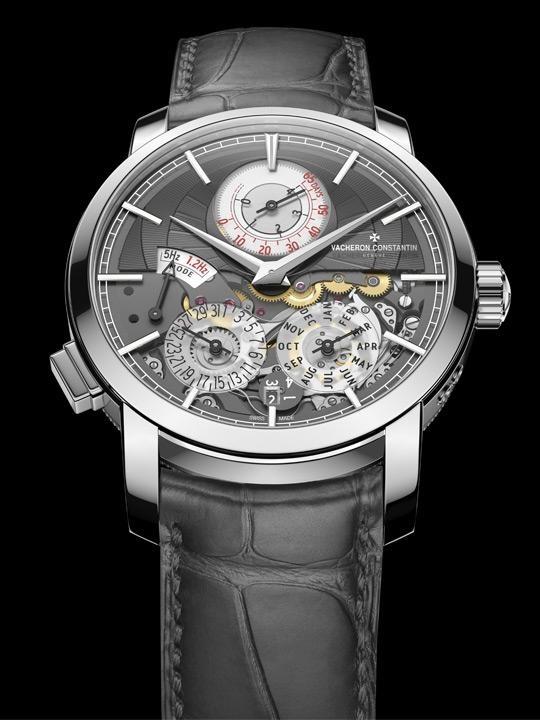 The name of the watch gives us a clue as to what it is about – a perpetual calendar with two hearts. How does it work? Well, this analogy sounds a bit weird, but it will give you an idea. Imagine your laptop running only on its battery (we know, stay with us). When you are working on the machine, it drains the battery as regular laptops do. But when you want to take a rest before getting back to work? You put it on ‘sleep’ mode, so that the battery doesn’t run out as quickly.

This is exactly the same with the Traditionelle Twin Beat Perpetual Calendar. Its in-house mechanical movement, the hand-wound 3160 QP, has a regular ‘Active’ mode for when you are wearing the watch, served by a balance spring that beats at 5 Hz frequency. And when you are not wearing the watch, it runs on a ‘Standby’ mode, served by another balance spring that beats at 1.2 Hz.

With this dual balance system, the watch’s energy consumption switches between the two modes, depending on whether it is in use. If the watch is constantly in ‘Active’ mode, it offers about four days of power reserve. On ‘Standby’, the watch can run for up to 65 days. And that’s a huge advantage for a perpetual calendar, as one of the most annoying things about the complication is having to reset all the calendar displays after the watch has stopped running for a while.

Vacheron Constantin had to overcome numerous technical challenges to bring the dual-balance system to fruition. They include the creation of a thinner hairspring for the ‘Standby’ balance, and differential systems that ‘direct’ time-telling information to the hands, as well as regulate torque generated by the mainspring so it doesn’t damage the thin hairspring. Do all of these sound like the work of a brand trapped in the past? We didn’t think so, either. For more on the Traditionelle Twin Beat Perpetual Calendar, click here.

BLUE STEEL
The other watch we’ve picked to make our case is the Overseas Tourbillon. ‘Just’ a tourbillon, you say? Admittedly, this is a far more straightforward affair, but lest we forget, there is nothing ‘simple’ about this tourbillon – or any tourbillon, for that matter. The visually spectacular 18th century invention, created to eradicate the effects of gravity on pocket watch movements, remains one of the most coveted complications, desired by connoisseurs and offered by the best in the business. 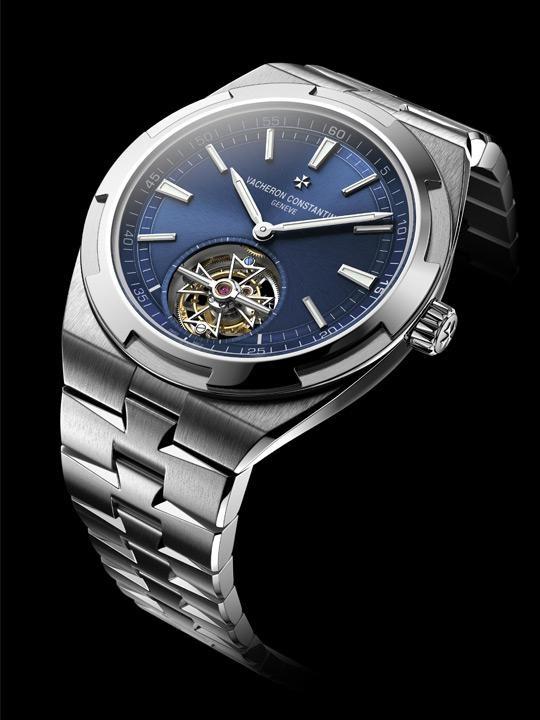 But back to the Overseas Tourbillon. The complication itself, appropriately occupying prime real estate at the bottom half of the dial, is a dazzling sight. The Maltese Cross-shaped tourbillon carriage, the exquisitely polished tourbillon bridge, the sublime assembly of the escapement, all serve to reinforce Vacheron Constantin’s horological prowess. It’s as if beauty and mechanical sophistication come too easily for Vacheron Constantin. 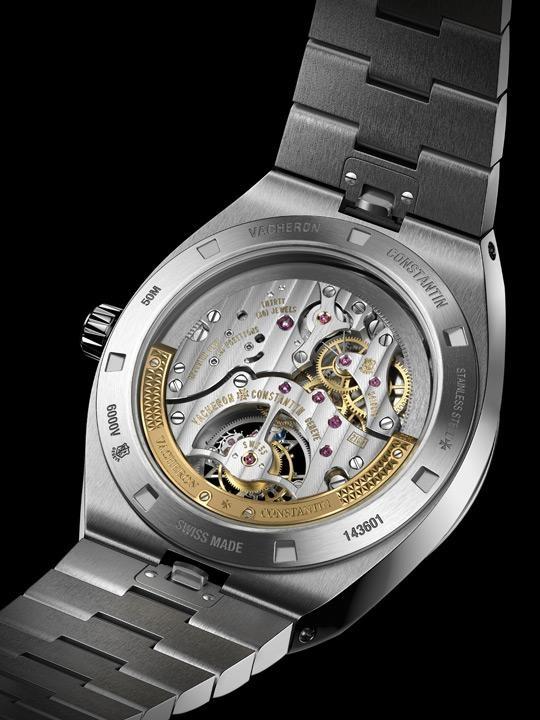 If there was a challenge for the Overseas Tourbillon, it would be to present the centuries-old complication in a manner that would entice younger aficionados without compromising its technical significance. And it is here where Vacheron Constantin’s aesthetic chops fill in the gaps.

The importance of good design is often unfairly overlooked in complications because the former is expected to serve the latter. But, like football referees, the best ones are those who quietly exert their presence, ensuring that the game flows without getting in the way.

The aesthetics of the Overseas Tourbillon work pretty much this way, enhancing the allure of the tourbillon while imbuing it with a modern spirit. From the trademark bezel and the stepped blue dial with sunray finish, to the quick-change system that allows the owner to easily swap the steel bracelet for a matching rubber or leather strap, this watch rocks up as one harmonious package that is sporty, refined and handsome in equal measure.

Like the watch itself – birthed in the 18th century but refreshed for today – Vacheron Constantin's best virtue isn’t that it hasn’t stopped reinventing itself, but why it chooses to do so. We imagine that it is not because the company wants to stay relevant. Rather, it does so to stay ahead of its younger contemporaries.

To view a selection of Vacheron Constantin's SIHH 2019 novelties, visit the ION boutique in Singapore at #02-07 from now till 20 April 2019.