You'd be surprised by this whimsical treasure trove. 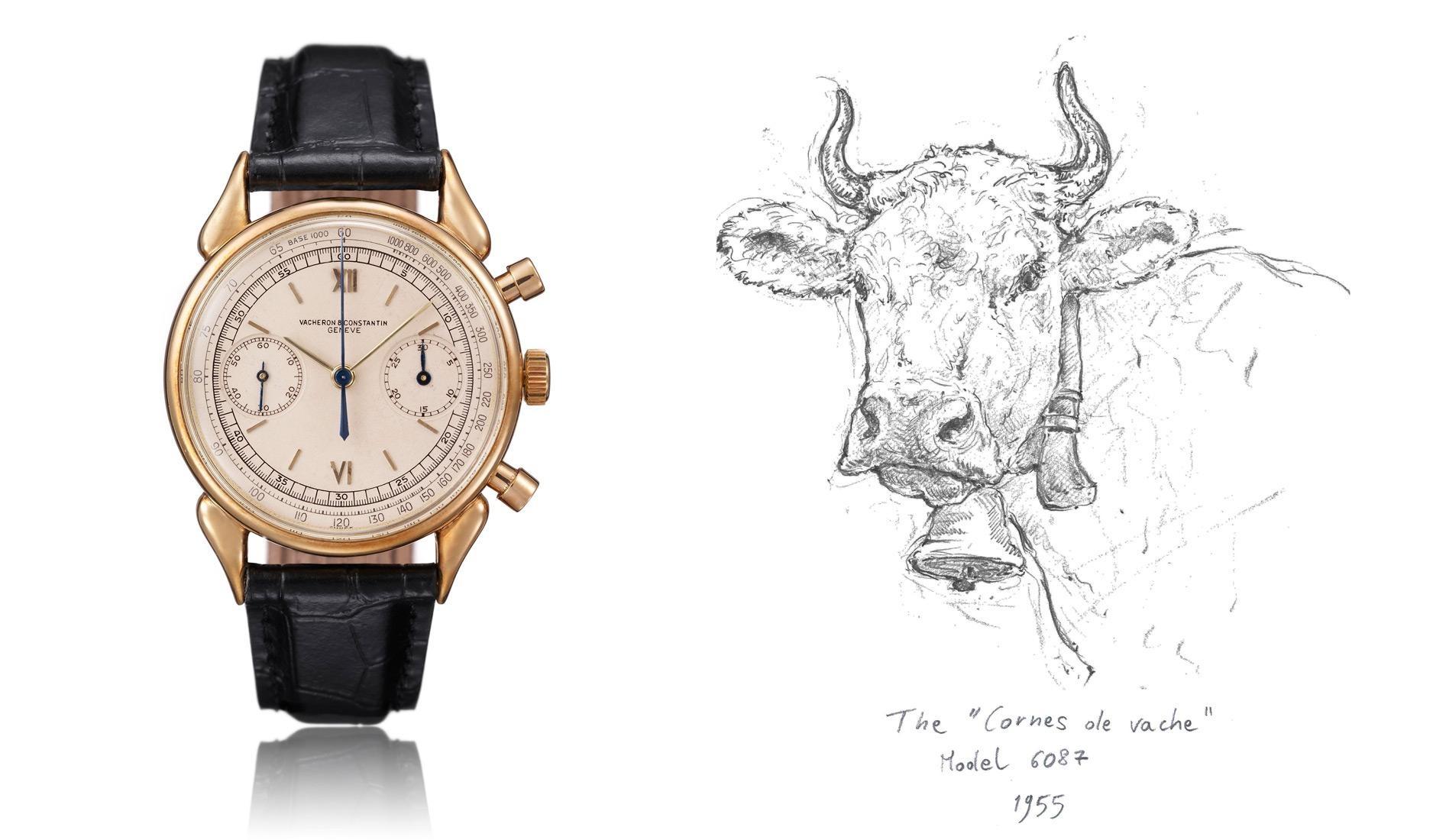 Whether as a term of endearment or capricious sobriquet, a nickname helps cut through invisible layers of formality and aims straight for the heart of one’s most distinguishing characteristic – and it often does a better job at encapsulating a personality than a lengthy introduction.

It is certainly the case when you encounter the likes of the 'Cornes de Vaches' (cow horns), ‘Batman’ and ‘Cioccolato’ (chocolate) at the Vacheron Constantin ‘Nicknames’ exhibition, running from now till 30 October at the brand’s ION Orchard boutique. More than 20 historic Vacheron Constantin timepieces will be on show, each with its unique nickname that suggests a distinctive design and personality. And paraded alongside these watches are artistic sketches that will help you connect the dots between the watch and its stage name.

Christian Selmoni, Vacheron Constantin’s style and heritage director who had a hand in curating the timepieces, shares some insights. 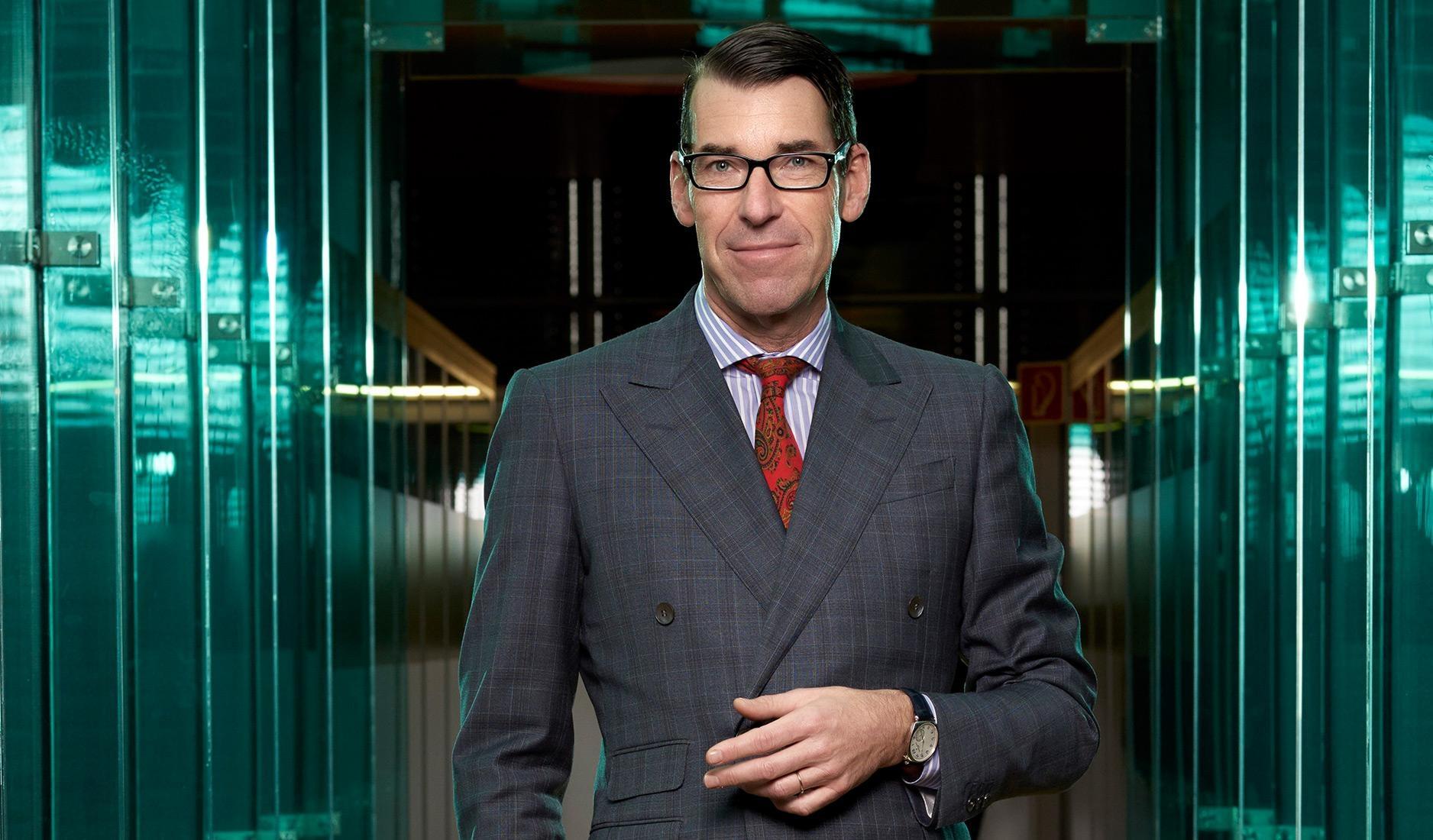 What was the story behind the ‘Nicknames’ exhibition? What birthed this idea?
Every year, the Heritage Department at Vacheron Constantin organises an exhibition based on its private collection of timekeepers - today counting no less than 1,400 pieces. With the Nicknames exhibition, our intention has been to revisit some of our most iconic models through an unusual, unexpected way. Nicknames are given to some timepieces by collectors, auction houses, and sometimes by the Maison itself - during the development of the model, for example. It is a different, interesting angle to showcase our creativity, watchmaking know-how and historical legitimacy through a selection of ‘nicknamed’ Vacheron Constantin models. 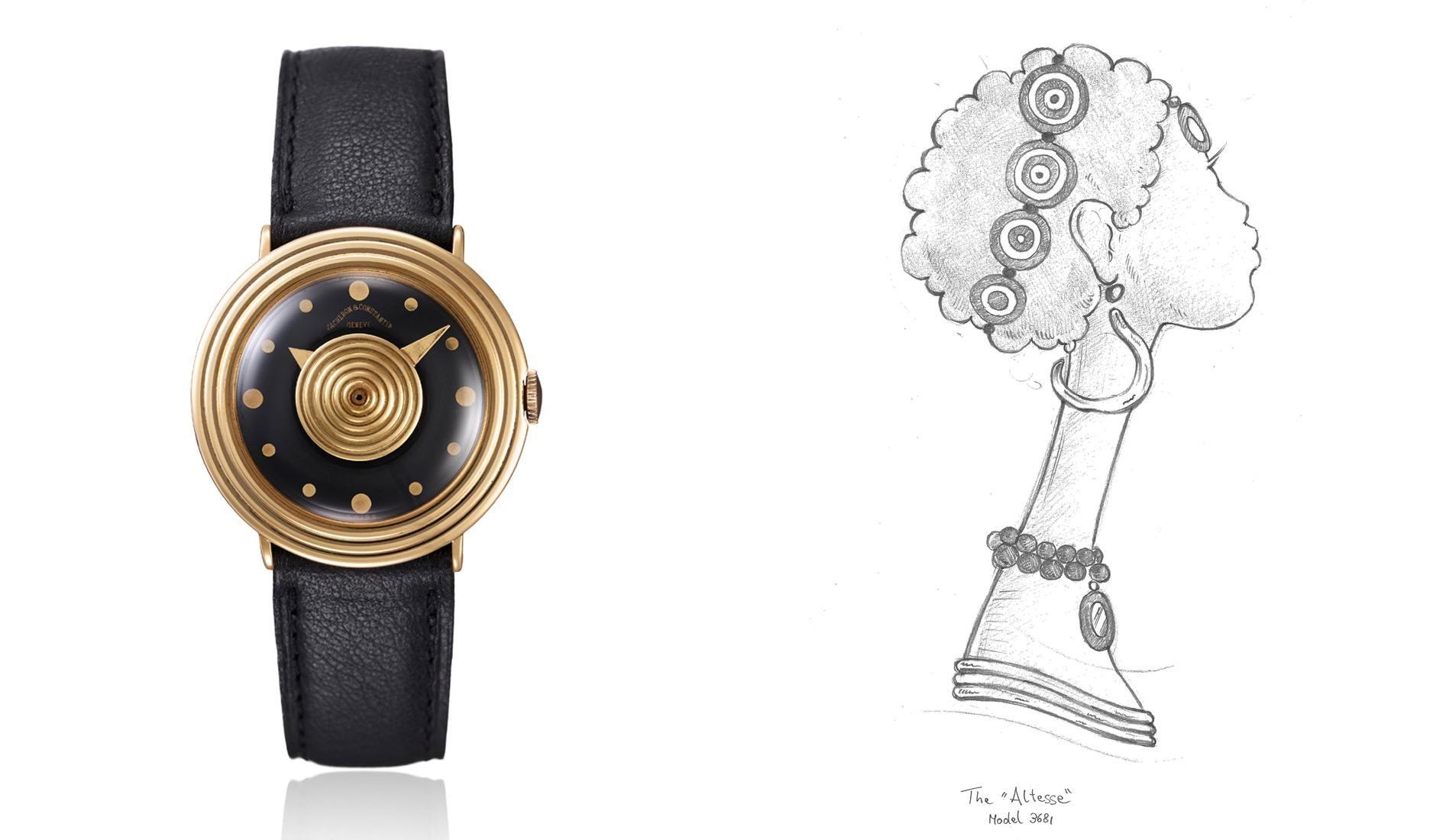 One assumes that the watches were given nicknames after they were created. Were there any that were actually inspired by a nickname?
Well, all the models presented within the exhibition feature nicknames that were given after they were created. However, it is true that some watchmaking developments can receive code names - kind of nicknames, in fact. One example is the Reference 57260, the most complicated watch ever made with no less than 57 complications. When the project started, eight years before its launch in 2015, it was codenamed ‘Tivoli’. It was a kind of random name, but the exceptional watch was known by engineers, watchmakers and designers throughout its development as the ‘Tivoli project’. It became ‘Reference 57260’ only when completed in 2015. 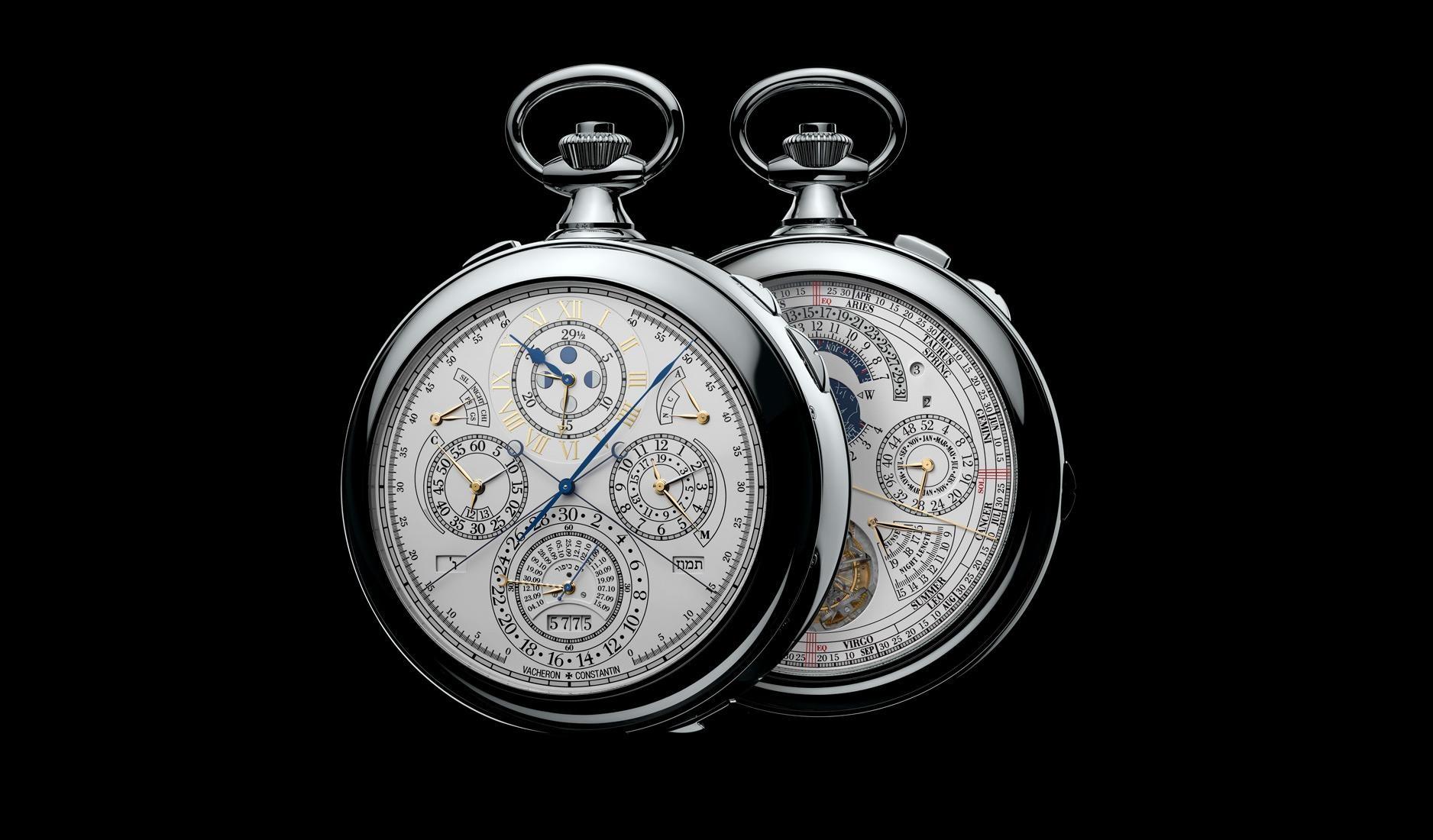 In curating the Nicknames Exhibition, what new things did you discover about the brand that you didn't already know?
Personally, the ‘sole’ model is a kind of rediscovery, although I was already acquainted with this 1917 model from another exhibition, the ‘Treasures of Vacheron Constantin’ at the National Museum of Singapore, back in 2011. Seeing it now, I am again amazed by the audacity of its design and its impressive physical presence. Even though it is 102 years old, this timepiece looks absolutely modern and contemporary. 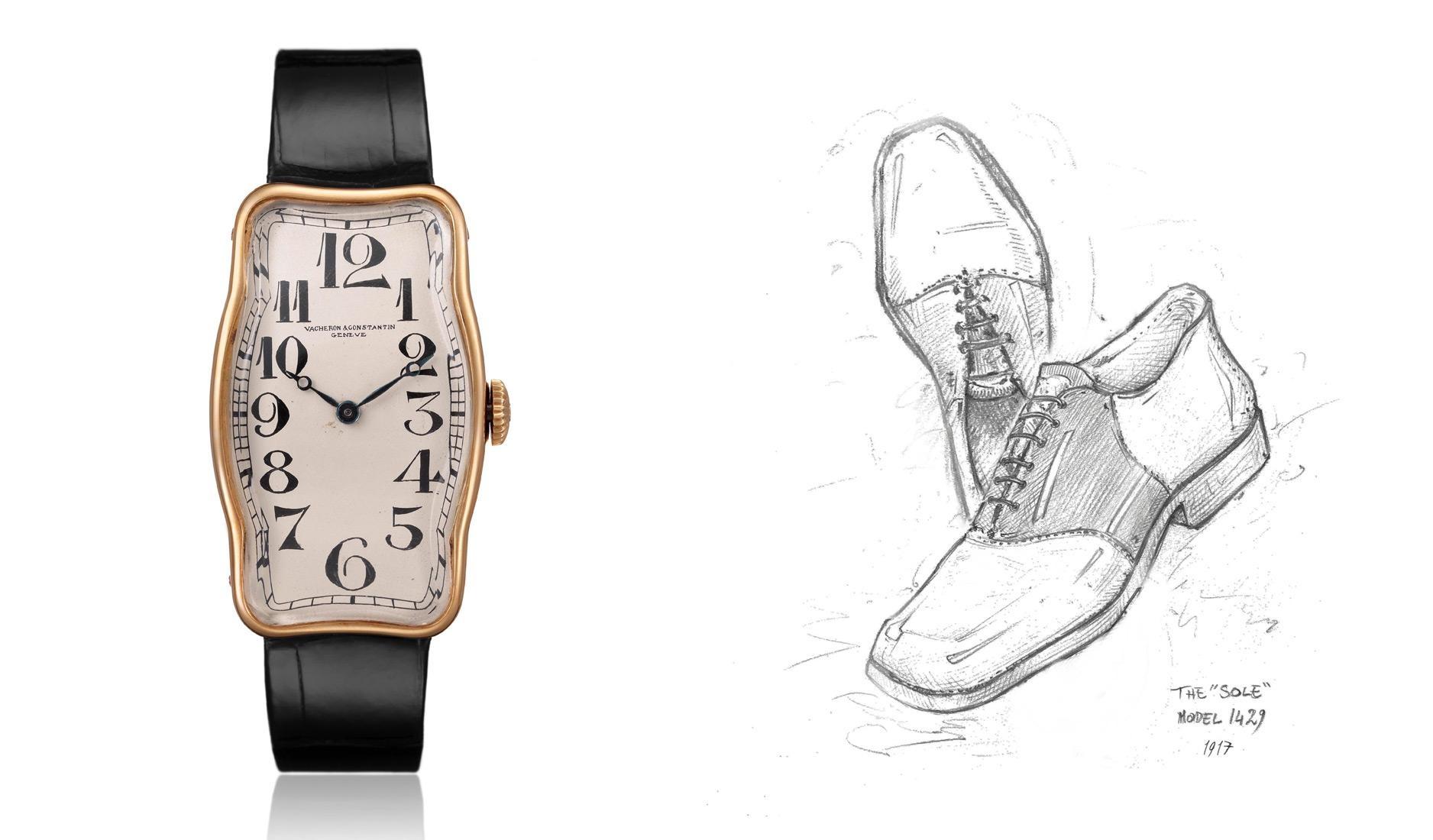 With reference to watches in this exhibition, can you comment on how Vacheron Constantin tries to be aesthetically dynamic despite operating in the well-defined category of traditional dress watches?
I think Vacheron Constantin watches have a particular style. Despite being classic, elegant and refined, their designs often incorporate a twist, a design element which is unusual or unexpected. This ‘classic with a twist’ character is consequently perfectly revealed through this exhibition, as this twist, this singularity in some details has certainly been the source for most of our nicknamed watches!