100 Years Of A Vacheron Constantin Icon

Written by Curatedition on 21 September 2021. in Vacheron Constantin Articles.

A throwback to the Roaring Twenties, now in new materials and colours.

Icons aren’t created overnight. Instead, an object establishes itself as one through the passage of time. Some go even further by remaining relevant – and popular – long after they are created. Such classics are rare, of course. While each is unique, they do share a timelessness that transcends the zeitgeist. Case in point: Vacheron Constantin’s Historiques American 1921, which celebrates its 100th anniversary this year.

A Roaring Twenties Icon
A hundred years ago, the world was on the cusp of its most dynamic decade yet. The Roaring Twenties had just begun and this decade would, on hindsight, be defined by its unprecedented level of optimism and energy in every sphere. Consequently, development and progress were made in numerous important areas from aviation to women’s suffrage.

Against this backdrop, Vacheron Constantin was pushing the boundaries of watchmaking. In 1921, the brand began exporting a small series of cushion-shaped watches, Ref. 11677 (above), to the American market. The timepiece was progressive for several reasons, not least because it was a wristwatch in an era when pocket watches were still de rigueur. It also sported an unusual layout, with a dial that was rotated by 45 degrees. Ref. 11677’s crown was similarly offset, and positioned at a corner of the case rather than its side. 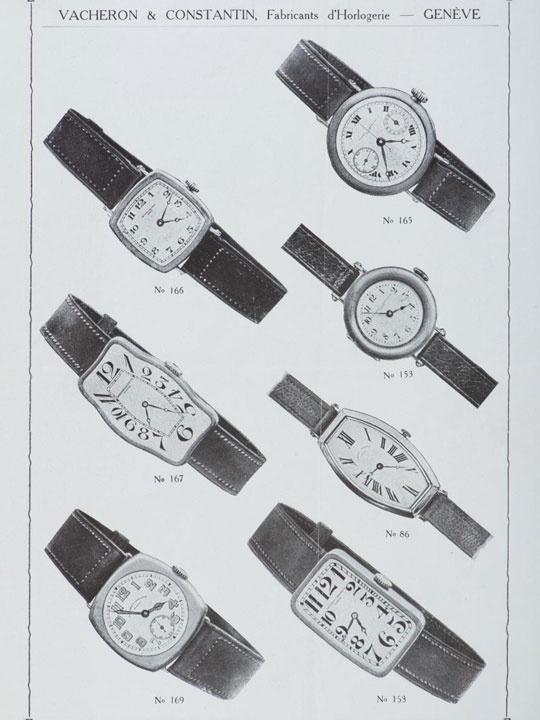 Vacheron Constantin's experiment with shaped wristwatches during the Roaring Twenties

This twist was just one of the many ventures made by Vacheron Constantin in the field of watchmaking at that time, as the maison experimented with design elements such as case shapes. A connoisseur today will recognise this layout as a unique trait of driving watches – with a rotated dial, a watch offers better legibility when its wearer’s hands are on the steering wheel. Indeed, Ref. 11677 quickly found popularity among driving enthusiasts. Because of its design, the timepiece also gained a following among those with a penchant for elegance with an avant-garde twist.

The Modern Reinterpretation
Ref. 11677 would go on to form the basis of its modern counterpart, the Historiques American 1921. As part of the Historiques collection, the Historiques American 1921 pays tribute to the original timepiece, and represents the contemporary reinterpretation of an icon from the maison’s archives. Indeed, the two look similar at a glance, from the offset layout to the usage of Breguet hands and numerals, and the railway track chapter rings on both the dial and small seconds sub-dial. 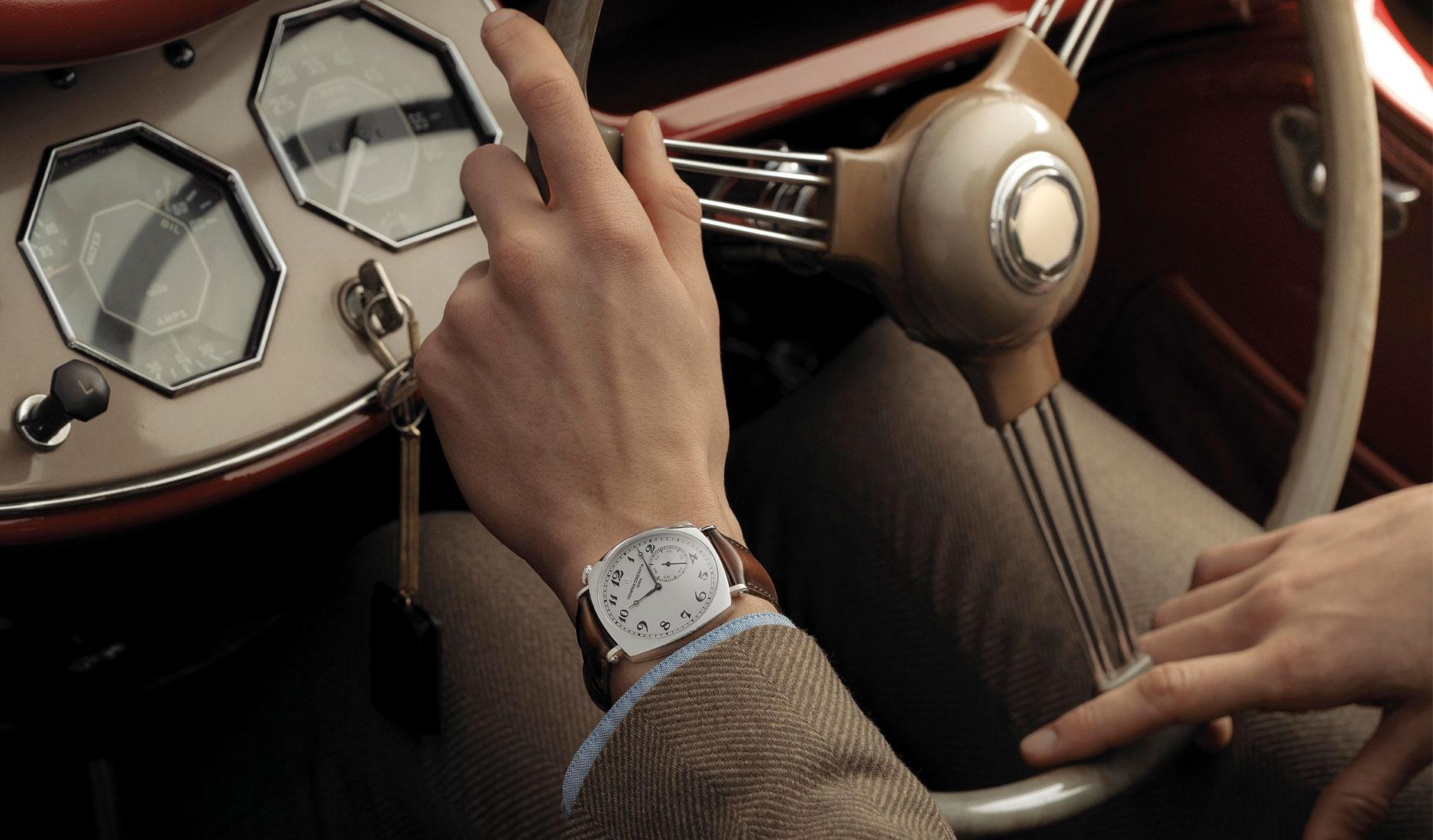 The Historiques American 1921 has been refined in several ways though. Note how its lugs have been streamlined to better integrate with the case, and how its sub-dial is decorated with concentric circles to create a contrasting texture against the grained dial. Vacheron Constantin has updated the technical aspects of the Historiques American 1921 too. Beating inside it is calibre 4400 AS, a hand-wound movement with a decidedly modern frequency of 4Hz, and a longish power reserve of 65 hours. 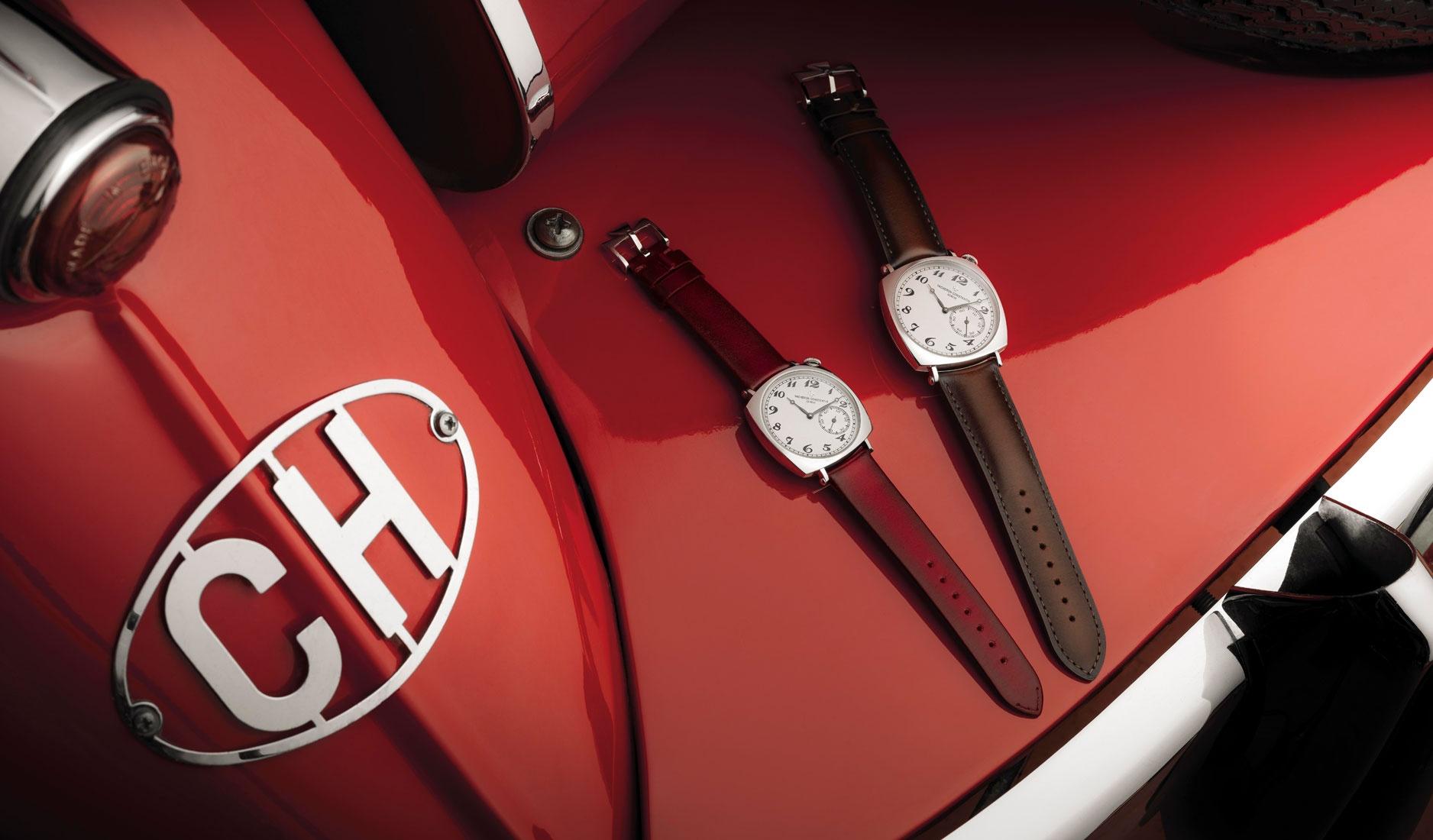 Three new references of the Historiques American 1921 have been unveiled this year at Watches and Wonders 2021. Two of them are in white gold, and serve as line extensions for the model. One measures 36.5mm across, while the other clocks in at a slightly large 40mm. Unsurprisingly, Vacheron Constantin has ensured that the proportions for each reference has been optimised despite their size differences. What’s surprising, however, is just how well the variants suit both men and women – a gentleman with larger wrists will have no problem wearing the smaller reference thanks to its vintage slant, while a lady with smaller wrists can wear the larger reference for a bold statement. 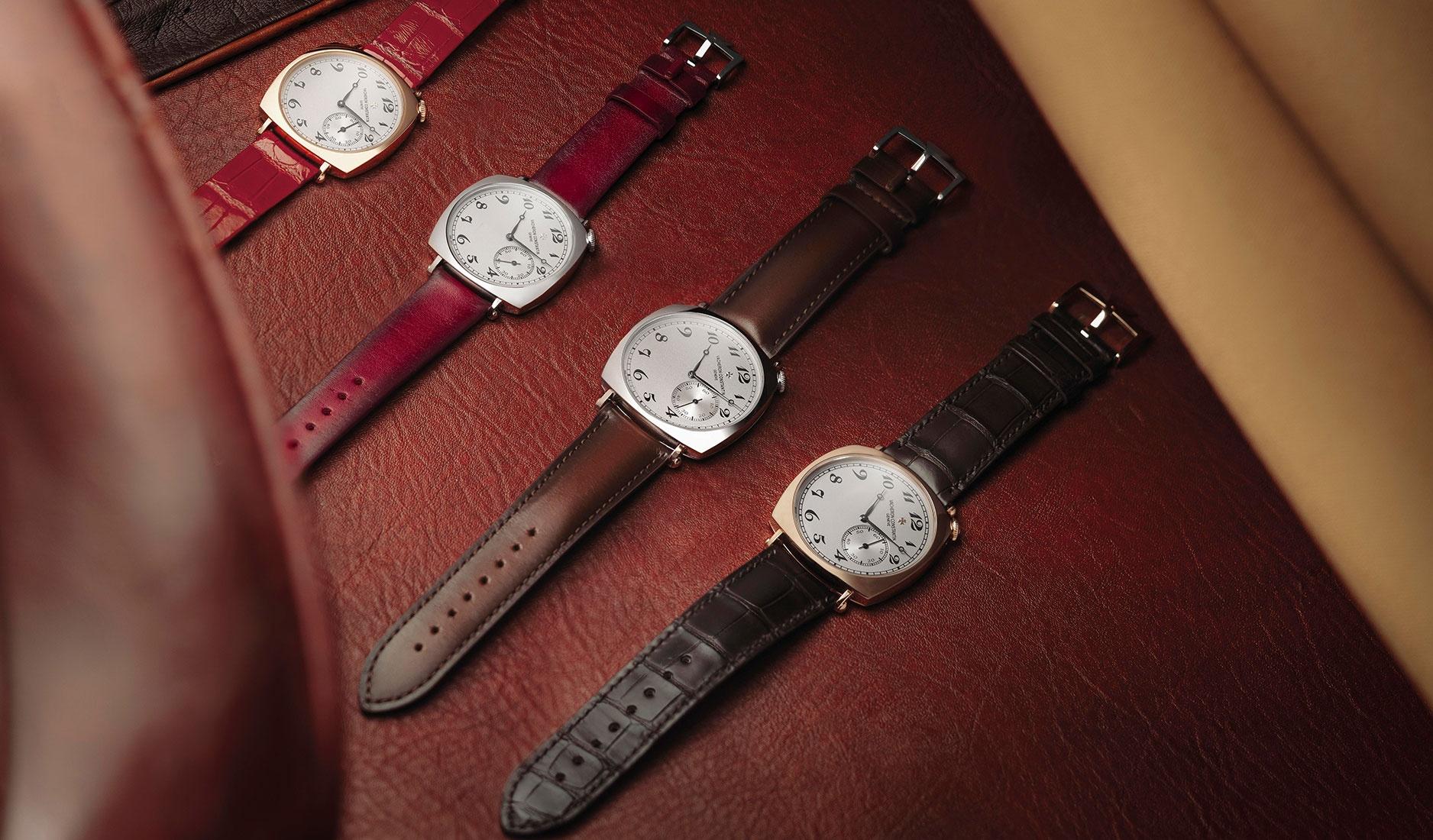 What’s also been tweaked for these two new references are their straps. In lieu of the alligator leather straps offered for their counterparts in pink gold, the two versions in white gold come with calf leather straps in dark brown instead. The change in texture has been accentuated with the straps’ finishes, which sport a patina that darkens towards the edges, which lends visual interest to what are otherwise smooth, uniform surfaces. In addition, the smaller Historiques American 1921 in white gold is delivered with a second strap in burgundy finished with the same patina. 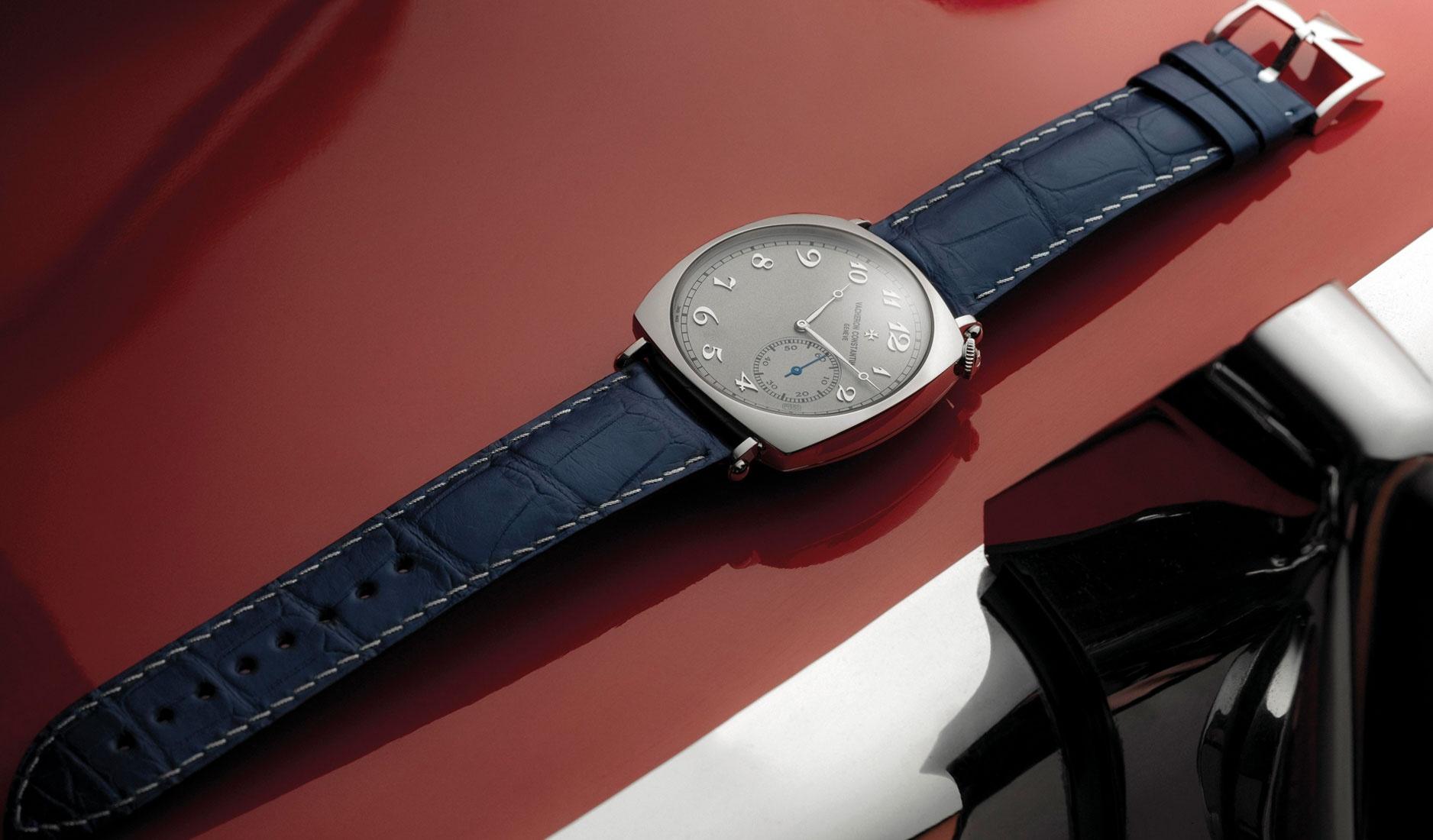 The third reference that’s been introduced this year joins Vacheron Constantin’s Collection Excellence Platine line, which celebrates watchmaking icons with limited edition variants in platinum. This version comes rendered with a platinum case, dial, and buckle, and will be produced in a limited run of just 100 pieces worldwide. With these three additions to the line-up, Vacheron Constantin has further developed what’s already an iconic timepiece and positioned it as a classic with a twist – literally.