It’s not Urwerk if it’s conventional.

If there’s a singular idea behind Urwerk watches, it would likely be the ageless trek of the sun from one horizon to another. In its 20 years, Urwerk has constantly updated its philosophy of radical design and engineering, marching to its own beat in a different part of town.

The bulk of its watches do not look anything like a watch in the conventional sense. They are missing hands that go round and round, and their cases are shaped more like the Sputnik and Millennium Falcon. Time-telling is usually pointed out by a satellite complication reminiscent of Disneyland’s Mad Tea Party ride.

As Urwerk celebrates its 20th anniversary, here’s a look at the iconic designs and engineering marvels that the brand has unleashed through the years. Urwerk’s debut at BaselWorld 1997 was the modern-day interpretation of the ‘wandering hour’ in a wristwatch. The UR-101 (above) and UR-102 sported graceful lines and case designs inspired by the Millennium Falcon and the Sputnik satellite, respectively, these watches emanated a vintage, retro sci-fi vibe that ran somewhat counter to their handmade origin without CNC machines. 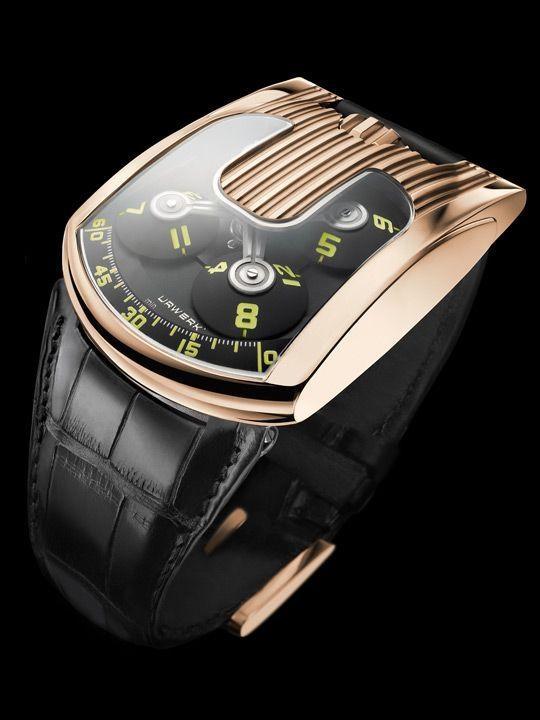 For many, the UR-103 is the first watch that comes to mind when thinking about Urwerk. It’s no wonder as it signifies Urwerk’s triumph over startup challenges, and seeing how it has set the path for future collections, is the first iteration of Urwerk’s watchmaking ideal, fully fleshed. Baumgartner’s father had suggested a watch that was easy to read while driving: as a result, the minutes arc was flipped over to face the wearer, and the hour discs transformed into three-dimensional cones for easier reading and a more striking appearance. Even more radical was the control board on the caseback which bore a seconds and 15-minute display for precision setting, a power reserve indicator and a slotted screw that allowed the wearer to regulate the beat rate over a range of 30 seconds in 24 hours, without opening the case! 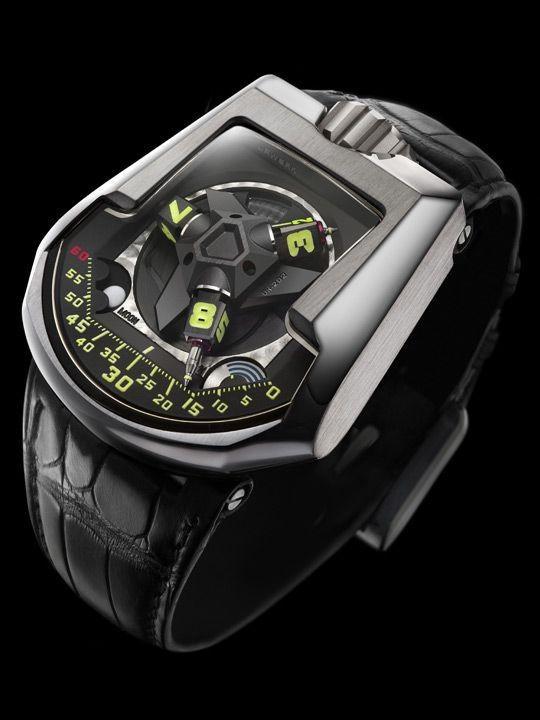 As to be expected, Urwerk’s first automatic is not like any other: in the UR-202, the rotor is coupled to a pair of turbines that use air dynamics as brakes on the rotor. Controlled by a continuously variable switch, this allows the user to tweak the winding efficiency of the rotor to match his general level of activity, thus reducing wear and tear on the movement. 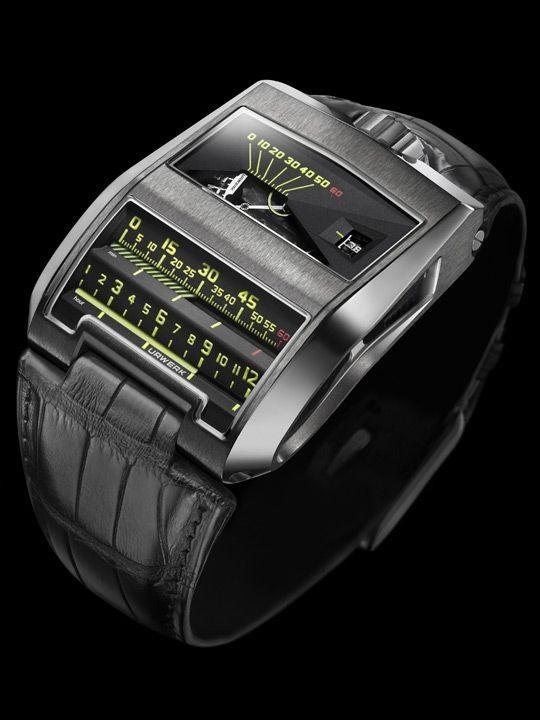 This took 10 years of development, followed by another three years of perfecting the micro-engineering. The result is a departure from the satellite system of time-telling for a pair of rotating cylinders that indicate the hours and minutes in the fashion of analogue car radios from a bygone era. 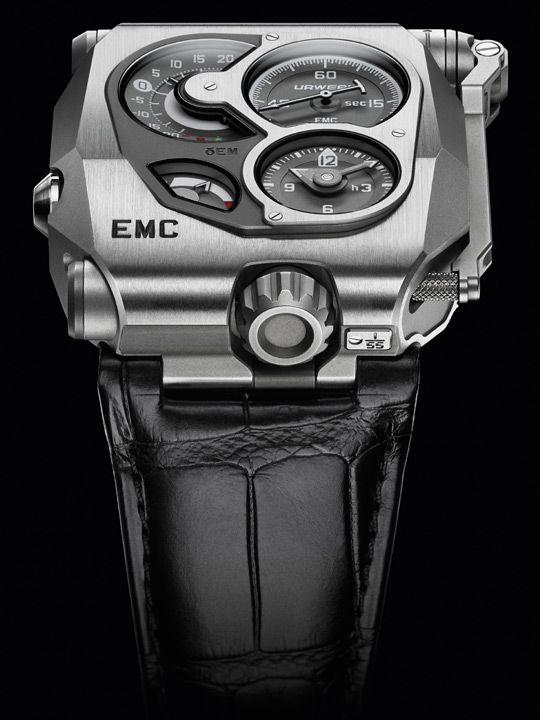 Earlier Urwerk models offered unprecedented levels of control over the mechanical watch by offering user regulation (UR-103), and rotor control (UR-202). The Electro Mechanical Control (EMC) extends this by integrating an electronic module that monitors the frequency of the balance and displays the deviation for users to make the necessary adjustments. A latter iteration launched in 2016, the EMC Time Hunter, would even display the amplitude of the balance, with LED to indicate whether the watch is operating within optimum parameters.