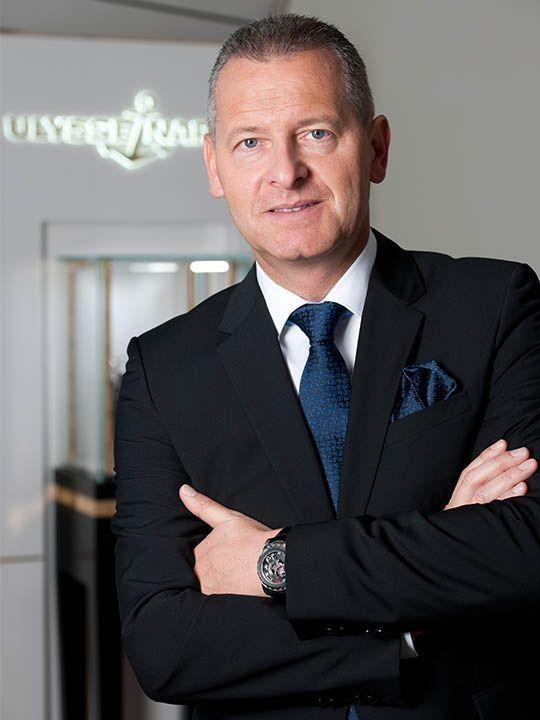 Having spent about 25 years in the watch business, Patrik Hoffmann is well acquainted with the ins and outs of the trade. Previously at Oris and watch distribution company, Swiss Prestige, Hoffmann met then-president and owner of Ulysse Nardin, Rolf Schnyder, and joined the company in 1999 as its vice president and managing director of its regional office in North America and the Caribbean.

At the helm of Ulysse Nardin since 2011, Hoffmann explains the brand will undergo a refocus with an emphasis on the diving and marine world. “We call it the Roadmap 2020—it’s a very clear strategy of streamlining our collections,” he reveals. “One important factor is that the Freak used to be part of a collection. Today, the brand has six pillars and the Freak has its own pillar, which shows how important it is.”

Hoffmann also acknowledges the sophistication of the Singapore watch industry. “It was always ahead of the times and that’s why the Freak had a very strong grip in Singapore at the very beginning. Singaporeans understood very quickly what the Freak was, and they believed very quickly in the Freak and in its future.”

Congratulations on the 15th anniversary of the Freak! Share with us the inspiration behind it.
The concept was developed by a lady who worked with us and we started with the intention of showing time in a different way. Unfortunately, that way did not work as we could not industrialise it. and we developed it further together with our horologist Dr. Ludwig Oechslin.

At that time, we had an escapement which we had developed for a very long time but were never receptive to putting it into a timepiece because the watches are normally closed and you don’t get to see the escapement inside. But then we said once we open up the timepiece and the escapement is so prominent, this should be the moment to use that new escapement. So it became a combination of a new escapement and showing time in a different way.

And so the Freak was born?
Unfortunately, it still did not work. We still had problems with the escapement because the speed of those wheels created a magnetism and then we knew we had to use a different material which was light. We tried silicium and it worked. Back then, silicium in the watch industry was an innovation. And 15 years ago, we didn’t know the Freak would be a platform for innovations of the future. Today we know it is. Also, 15 years ago, I have to admit we didn’t expect that the Freak would have a lifespan and still be a hot timepiece 15 years later.

Apart from Silicium, Ulysse Nardin has also been known to use other innovative materials like DIAMonSIL®. What sort of risks are you taking with these new materials and how do you ensure your watches don’t come back to you with faults?
If I looked back 15 years ago, I think it required quite a bit of guts to do what we did. Of course at the beginning, the quantities were not so high. Today, we use silicium in all our escapements and we are talking about thousands of pieces a year so it cannot only be built on guts anymore. We have to have research and be sure of what we are doing. So we had enough research to do that. We really brought it in a commercial way in the Calibre 118, and that was in 2011 so we had 10 years of experience with silicium before we really introduced it in our other collections.

With so much focus on R&D, how long does it take you to make a watch?
It has changed. In 2000, it used to take six, seven years before we had a new movement. Today, we have some movements which were developed over a period of four years. But this is also because we have everything in-house now. So the research is shortened. You don’t have to go outside for each part or tool. Plus, a big advantage is that we produce our own silicium so if we have our own research and development all in our silicium factory, that speeds up how things are done today.

You mentioned the use of a new escapement when the Freak was developed and this has been the case for many versions. Will this continue with future models of the Freak or will we see other innovations as well?
You will see other innovations and the next one you’ll see at SIHH is not related to the escapement. We will have an InnoVision 2 Freak. You might remember in 2007 there was a timepiece called the InnoVision Freak (below). It was a pure prototype with 10 innovations. In the meantime, eight of those 10 innovations have been used and applied in our regular collection. We will show InnoVision 2 and it will continue to be a platform for innovations and they don’t necessarily have to be related to the escapement. Even in this year’s Freak Wing, we see silicium shock absorbers which have nothing to do with the escapement. 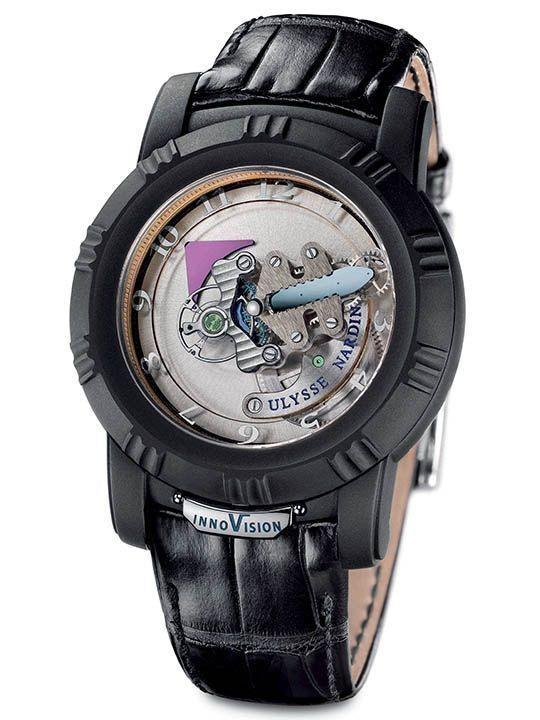 Since we’re on the topic, what prompted the switch from exhibiting at BaselWorld to SIHH?
I think it’s a development of also showing the direction of the brand. I think Basel has lost kind of its appeal of exclusivity. I think in SIHH, we will have the chance to be one of the few leading companies. I think it also shows our strive to be a bit more on the commercial side, to be a bit more on the communications side and not just be product-oriented. I think it will support also our new communications platform which is a new approach of how we showcase our brand. It’s an important message not only for the consumers but also for the retailers and the press.

The Freak has come to be such an iconic watch of the company. How far do you intend to take this collection?
It’s not over yet. There are a lot of ideas. As I said, one important step is going to be in January at SIHH where we’re going to show the InnoVision 2 timepiece which would give us the base, I hope, for another 10 years, where we can then come up with new innovations every year or every couple of years. But the aesthetical part is also important. If you look at the latest timepiece (the Freak Wing, below), we have those yellow accents and the timepiece is featured in a much more modern way, using new materials for the case. For sure the aesthetical part will have much more influence in the future. 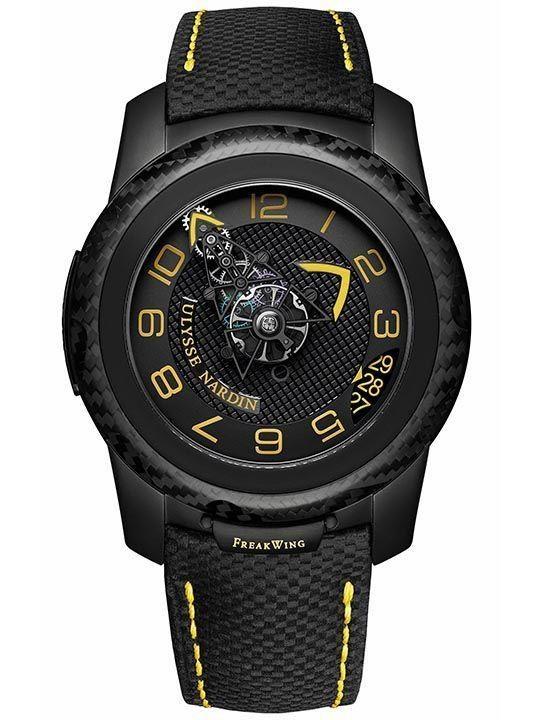 Who’s the typical Freak customer?
You know, I can’t tell anymore. If you asked me 10 years ago, I would have said they are professionals, professors, medical doctors, lawyers. Today, we see very young people who are sometimes still studying, who wear Freaks. So I think the Freak audience has become much broader than it used to be. Again, the aesthetical part is today much more important so we also have customers who don’t necessarily understand or want to understand the inner life of the Freak. They are more fascinated by the aesthetics. But of course the Freak can satisfy both because it’s very innovational on the technical side but it’s also very interesting on the aesthetical side.

Would you say the Freak has more fans in Asia or in Europe?
I couldn’t tell you, I mean it’s also very popular in the US. But what I can say is that in Asia, it’s most popular in Singapore, for sure.

Do you know what percentage of the Asian market though?
That I wouldn’t know and even if I did, I couldn’t tell you (laughs)

What are your thoughts on the watch industry today?
I think the watch industry has to reinvent itself and take a step back and build on its true values. I always say that the times when a watch manufacturer could just produce anything and find someone who will buy it, those times are over. Today’s consumer wants true value, and I think each brand has to find its own story and its own storytelling. In the case of Ulysse Nardin, that storytelling is very true to its roots. I just mentioned the marine world—it’s not something which we invented. I think each brand really has to be clear in their story which they tell. Then of course, the brands which have a true history and story, they have it much easier. Customers are buying emotions. Emotions have to be told or woken up by the storytelling. As I said, today it’s the overall picture. It has to do with the history of the brand, with how you design your timepieces, what’s the inner life of the timepiece. So there’s more of the overall which has to be true.