Looking for a dive watch? The new Tudor Pelagos LHD is a serious contender. 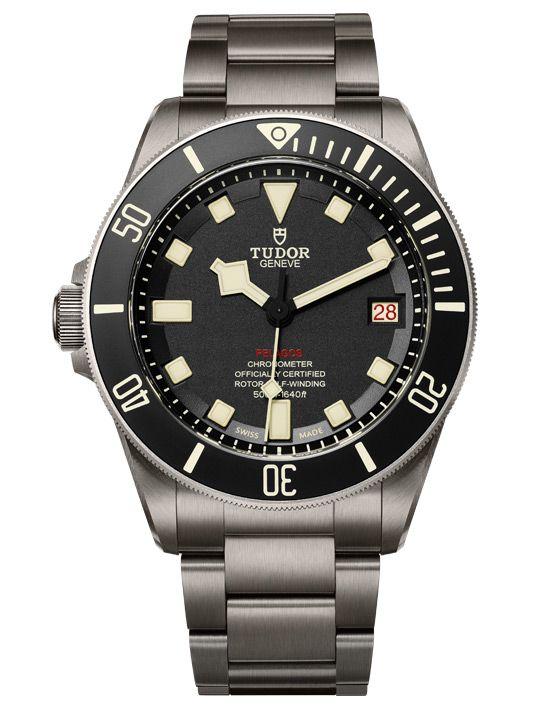 Can we just say this—Tudor is on a roll. In the same year that they introduced updates to the hugely successful Heritage Black Bay collection (including the Black Bay Bronze and Black Bay 36), they’ve launched another dive watch that looks set to soar in the popularity stakes.

The Pelagos LHD is the latest addition to Tudor’s Pelagos range of ‘serious’ dive watches. For the first time since 1981, Tudor is unveiling a watch with the winding crown on the left which, as you probably suspected, is what ‘LHD’ stands for—left hand drive.

According to Tudor, dive watches are meant to be worn specifically on the right wrist, probably due to the fact that many divers wear their dive instruments on their left. Of course, this nifty design feature also means left-handed divers no longer need to wear their watches upside down on their right hand. 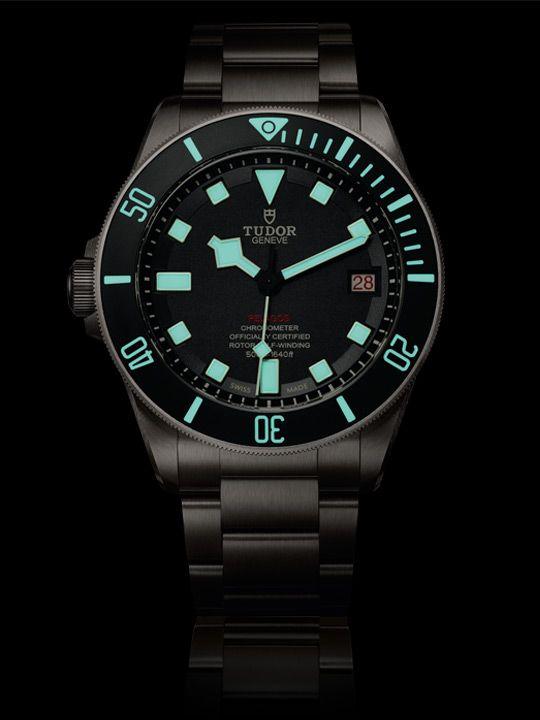 Cosmetic updates to the watch come in the form of its beige luminescent indexes (which turn blue in low light) and red ‘Pelagos’ name at six o’clock. Also in beige are the dive markers on the bezel and the calendar disc with ‘roulette-style’ numbers—alternating in red for even days and black for odd ones. The beige is a little vintage-y and may not be everyone’s cup of tea but you can’t say it doesn’t set the watch apart from its siblings in the collection.

When Tudor first debuted its own in-house movement in 2015, it cemented the brand’s place among the bigger boys in the game. Their meteoric ascent continues with a new movement for the Pelagos LHD: MT5612-LHD (below), an adaptation of the MT5612 for a left-hand winding stem. It’s also COSC-certified in positions where the watch is worn with the winding stem on the left. A 70-hour power reserve means you can leave the watch by your bedside the entire weekend and strap it on again Monday without having to wind it up.

As a dive watch, the Pelagos LHD checks all the right boxes. While it’s guaranteed waterproof up to 500m, the watch has actually been tested for waterproofness up to 625m or 125 per cent of its capacity. They’ve retained the automatic helium escape valve (although it’s now on the right side of the case), vital for safeguarding the watch during saturation dives where divers infuse their bodies with a mixture of helium and oxygen gases to minimise long phases of decompression. Without it, helium particles (the tiniest gas particles in existence) could enter the watch and the pressure buildup would lead to an explosion during decompression.

Made from titanium, the watch is light and wears comfortably on the wrist. It’s also equipped with a patented self-adjusting buckle (below) to fit snugly over a diving suit, expanding and contracting with the water pressure.

In a first for the brand, the watches are individually numbered on the caseback. It’s hard to say which ones the boutique will have in stock but there’s no harm in checking with them if you’re after a particular number. Just don’t hold your breath for it.