A look back at Tudor’s North Flag featuring the brand’s debut manufacture movement.

To say Tudor has had an interesting couple of years would be an understatement. From its introduction of the much-lauded Heritage Black Bay series in 2012 (read about the watches here and here), to its first in-house movement in 2015, and the launch of the Pelagos LHD last year, the brand has been enjoying a supersonic rate of ascent.

Although the Black Bay has garnered much acclaim, it’s interesting that Tudor didn’t opt to debut its first in-house movement in the immensely popular collection. Instead, the Swiss marque introduced a brand new model in 2015, the North Flag, to house their proprietary MT5621 (below). Perhaps they felt the Black Bay was already doing well on its own and didn’t need further bells and whistles. Or perhaps they were keen to see if the MT5621 would take off on its own merits, rather than be buoyed by a popular watch model. Nevertheless, the North Flag is an entirely respectable tool watch and the perfect blank canvas for a new movement. 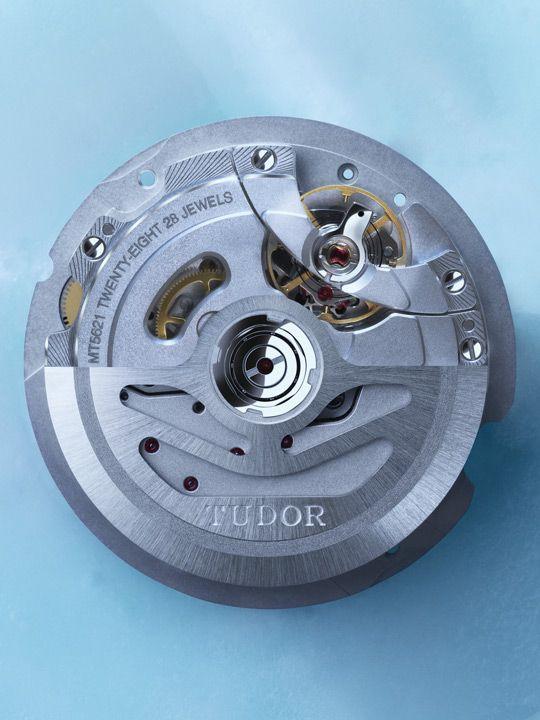 The North Flag was named after a 1950s British expedition to North Greenland, where the team was given Tudor Oyster Prince watches both to use and test in extreme climate conditions. But rather than the Oyster Prince, the design of the North Flag references the Tudor Ranger II from the 1970s with its bright yellow accents, which is one of the first things you’ll notice about the watch. Most obvious on the seconds hand and power reserve indicator, the yellow offers a pop of contrast against the matte black dial, giving the timepiece a slightly playful vibe. 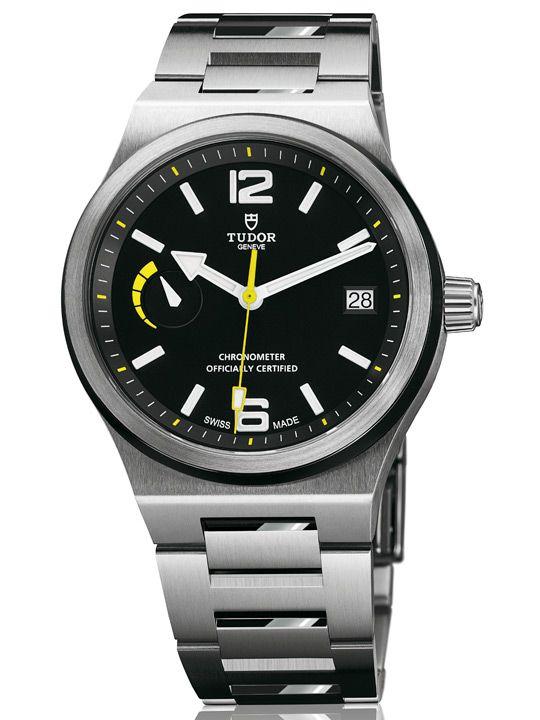 The three-hand watch aims to be relatively unfussy with just a date window at three o’clock and power reserve indicator opposite at nine o’clock. What’s that fourth hand, you say? Well, that’s not actually a hand. It’s an arrow on a rotating disk—cleverly disguised and a pretty neat alternative to the standard hand. Aficionados have observed that it keeps the dial flat, which makes sense as that contributes to the overall minimalist look of the timepiece. Further aesthetic touches include a double bezel—steel on top and matte black ceramic at the sides.

As Tudor’s first in-house movement, the self-winding MT5621 is COSC-certified with a bi-directional rotor and power reserve of 70 hours. Like many modern movements today, the MT5621 also features an anti-magnetic silicon hairspring (more on silicon techonology here). And if you couldn’t already tell by its name, the North Flag isn’t meant for the oceans, unlike the Pelagos and Black Bay (with waterproofness of 500m and 200m respectively) which are bona fide dive watches. But if you’re thinking of that little trek up to the North Pole, this would be the watch you’d want on your wrist.