The battle of the Tudor dive watches starts here.

Everyone loves a good dive watch. You know, the kind you strap on your wrist but don’t actually take diving? But what if you wanted the option of doing that? Well, if you’re after something that will do the job and yet not cost too much, we’d point you in the direction of Tudor. 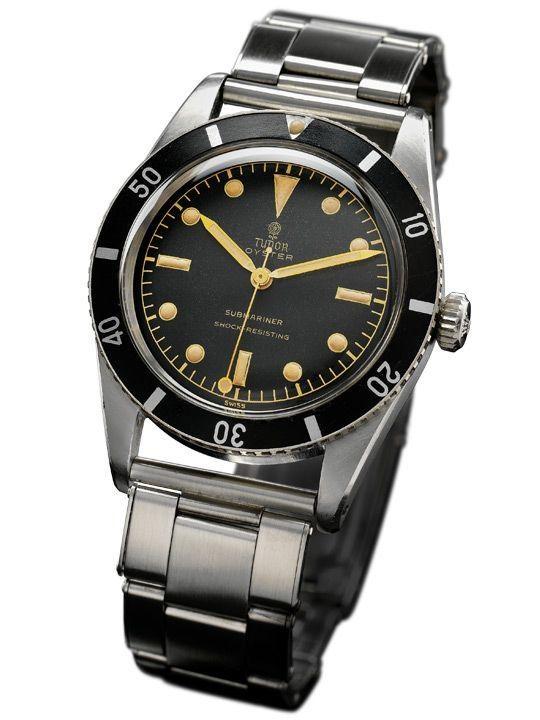 With over 60 years of dive watch history, Tudor is well-placed to serve the underwater enthusiast. Its first dive watch, the Tudor Oyster Prince Submariner Ref. 7922, was introduced in 1954—a self-winding watch with guaranteed waterproofness up to 100m and a bi-directional rotating bezel. The next year, the Ref. 7923 (above) was launched as the only Submariner to bear a manual-winding movement, making the profile of the watch much slimmer.

Over the years, the Tudor Submariner evolved to feature crown guards, Mercedes hands and waterproofness up to 200m. And if you want further evidence of its dive capabilities, the Tudor Submariner has been the go-to dive watch for the French and US navies, as well as the elite teams of other global military organisations throughout its history. 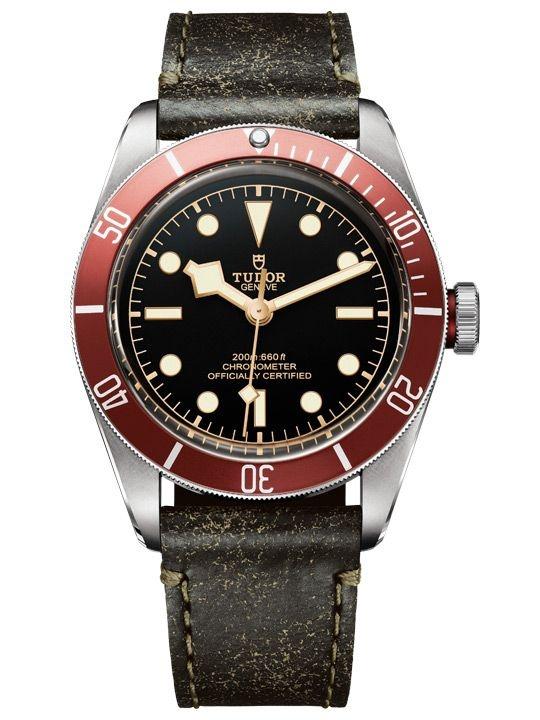 While the Submariner is no longer in production, it served as the inspiration for Tudor’s dive watch family—the Heritage Black Bay (above) and later, the Pelagos. But how do you decide between the two? To answer that, the better question to ask would be: how serious of a diver are you? Depending on your response, here are some factors to consider:

{module Get the latest Tudor reviews and comparisons straight to your inbox!} 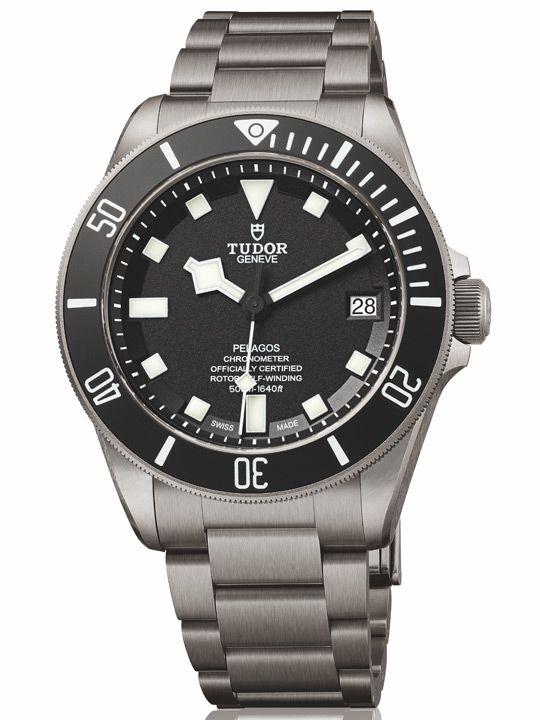 Both the Black Bay and the Pelagos are built for recreational diving, at the very least. The two models feature a uni-directional rotating bezel with the Black Bay’s in steel and the Pelagos’ (above) in titanium. The Black Bay takes you down to 200m while the Pelagos can go as far as 500m. And, for those who ARE thinking of going 500m underwater, the Pelagos is equipped with an additional helium escape valve so the movement and case don’t get damaged by water pressure.

Speaking of movements, both models are powered by COSC-certified in-house calibres, which makes them extremely value-for-money (more on price later). The Black Bay is driven by the MT5602 (above), one of Tudor’s first in-house movements with a simple hour-minute-seconds function and 70-hour power reserve. Although it doesn’t boast myriad complications (not that you need them for a dive watch), this movement is significant as one of the first to distinguish Tudor as a manufacture that finally came into its own.

On the other hand, the Pelagos is equipped with the MT5612 (above) which, in addition to the functions of the MT5602, has instantaneous date with rapid setting, as well as stop seconds for time-setting with precision. Like the MT5602, the MT5612 comes with 70 hours of power reserve and a silicon balance spring. A later version of the Pelagos, the Pelagos LHD (‘left-hand drive') uses the MT5612-LHD movement which accommodates a left-handed crown. 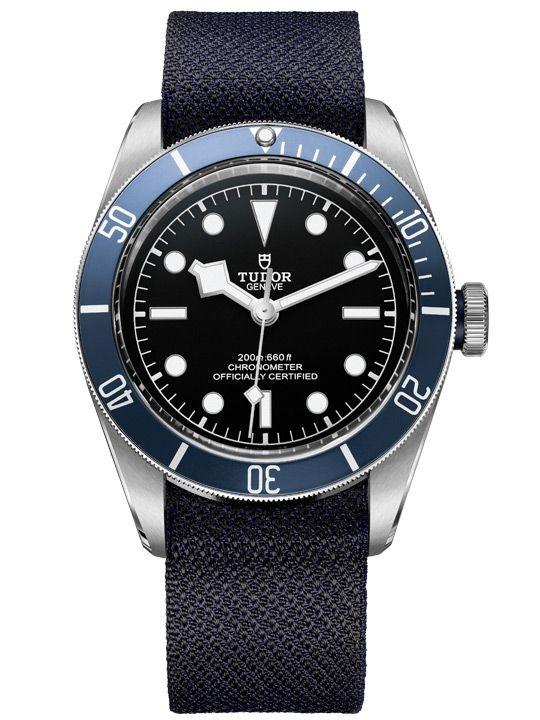 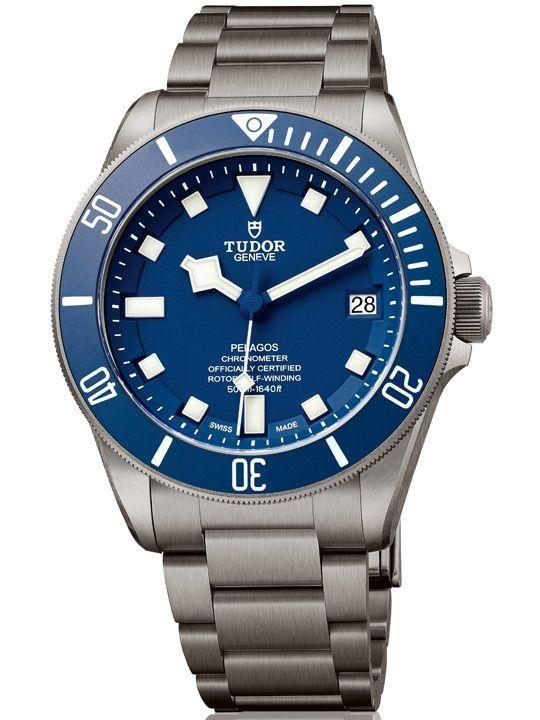 At a quick glance, you might not be able to tell the two apart unless you pick the versions with coloured bezels (or dial, for the Pelagos). But look closely and you’ll see subtle details that differentiate the two models. At 42mm, the Pelagos is slightly larger than the Black Bay at 41mm. Although both models bear the signature snowflake hands, the Pelagos comes with square indexes, as opposed to the Black Bay’s round ones. Also, the Pelagos’ bracelet is in titanium while the Black Bay’s bracelet is in the classic riveted style with stepped construction (below), which references those of Tudor watches in the 1950s and 1960s. 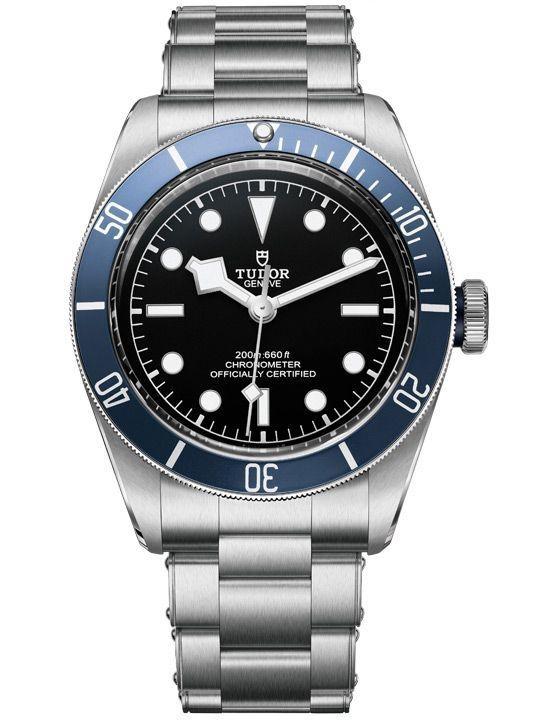 PRICE
Surely the biggest question on everyone’s mind, both Tudors are, as mentioned earlier, priced very reasonably. Under S$7,000, in fact. The Black Bay starts from S$4,248, depending on the specific model (read our in-depth review here), while the Pelagos retails for S$6,048.

At the end of the day, which model you get really depends on what you’re going to use it for. But it could also very simply come down to the one you think looks better on your wrist. We can’t make the decision for you but we’ll tell you that whichever one you pick, you’ll be assured of a reliable dive ticker you can be very proud of.