A Black Bay for the ladies.

It isn’t a stretch to say Tudor is the horological world’s comeback kid of the 21st century, with its Heritage Black Bay winning the ‘Revival’ prize at the Grand Prix d’Horlogerie du Genève in 2012. Since its introduction, collectors and fans alike have been clamouring for more and hungrily lapping up every new edition that the brand releases.

While the Heritage Black Bay is flushed with a rugged tool watch appeal, its dressier brother, the Black Bay 36, sits quieter on the wrist. Launched at Baselworld 2016, the model went on to get a larger 41mm size in 2017, but this year, debuted at a feminine 32mm.

For a while now, women have been leaning towards more androgynous watches—the equivalent of wearing boyfriend shirts, if you will. That doesn’t mean dainty bejewelled tickers have been unfriended of course. There’s still a time and place to brandish those gem-set lovelies. But increasingly, women are rocking more masculine pieces and Tudor is astute enough to get the message. 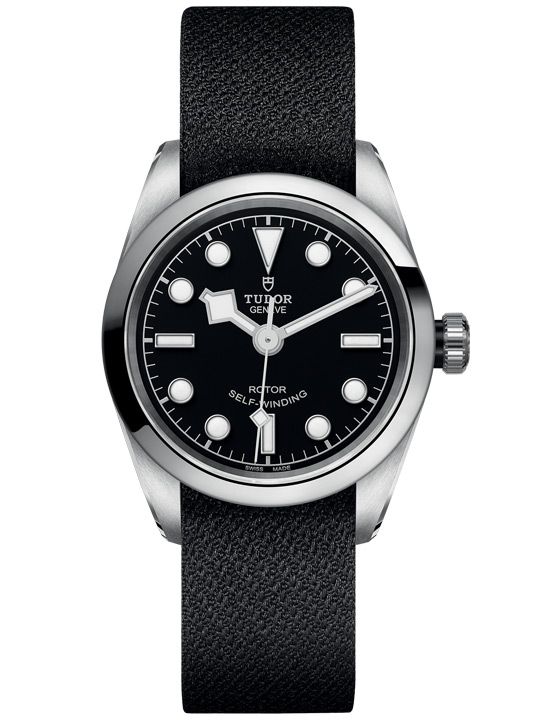 The new Black Bay 32mm retains the simple, fuss-free elements of its predecessors but gets a foot up in the elegance department, thanks to its new size. At 32mm, it’s slightly too small for men (unless you’re really scrawny), which makes it entirely tailored to the female population. Finally, a Black Bay to call their own—no more borrowing the other half’s watch.

Beating inside is the self-winding Calibre 2824—the same as in the Black Bay 36—encased in steel housing that features alternate polished and satin finish. Although it’s not an in-house movement, the Calibre 2824 is a well-known workhorse, lauded for its reliability. 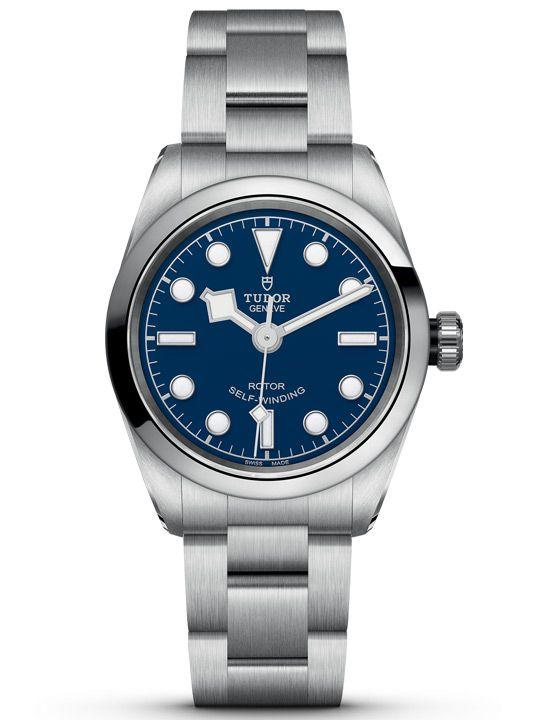 The watch is waterproof to 150m and is available in a new blue dial (also found on both the 36mm and 41mm versions which were previously only available in black), a hat doff to the brand’s history of producing blue dials since the 1960s.

Again, like the two variations before it, the 32mm comes in a choice of steel bracelet, brown leather strap with folding clasp or black fabric strap with buckle. The steel bracelet is surely the most sophisticated of the lot but if you’re after a sporty or more casual vibe, the other strap options are worth a look at, especially the leather band (below) which, in our opinion, always looks top-notch on the Black Bays. At 2,300 Swiss francs (approximately S$3,170), the Black Bay 32mm is the most entry-level model in Tudor’s Black Bay family, making it a great introductory piece to the brand. While dressy, it’s also casual enough to function as an everyday watch and is about as versatile as you can get. And ladies, we bet once you strap this on, you’ll understand your partner’s obsession with the Heritage Black Bay collection.