This watch’s retro-licious bi-colour getup may recall 1980s timepieces, but its inspiration goes a little further than that. 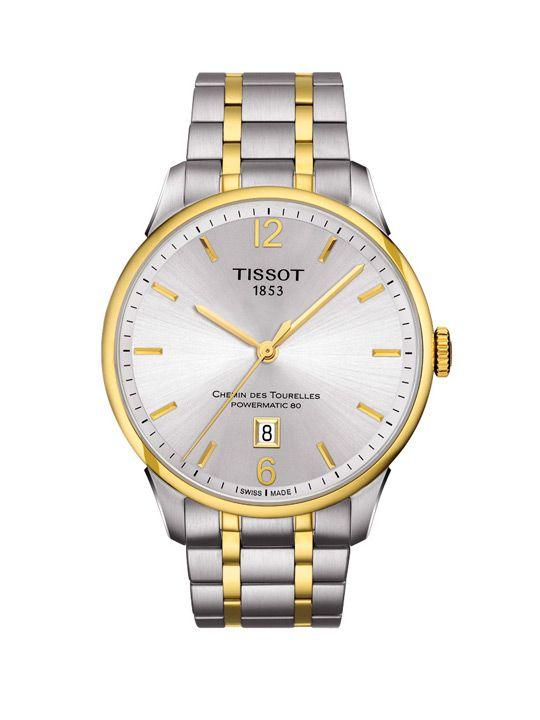 The name, Chemin des Tourelles, is taken from a street in Le Locle in Switzerland, where the Tissot factory opened in 1907. What will get watch buffs excited, though, is its automatic movement, the Powermatic 80. First introduced in 2013, the movement ushered in a silent revolution in mechanical watchmaking. It features a new architecture that allows it to be loaded with 80 hours of power reserve and enhanced precision, courtesy of a high-tech escapement that has no regulator, but with its rate pre-set in the factory by laser technology.