A new office-appropriate Tissot that is stylish, affordable and beats with a powerful mechanical heart.

Taking that first step into the world of mechanical watches can be an intimidating prospect, especially if you don’t have spare Gs lying around just begging to be spent on a timepiece. But that doesn’t mean you have to settle for less (by 'less', we mean dodgy makes from fly-by-night marques that overcharge and under-deliver, but we will save that for another day).

What we are trying to say is that there are great options in the market for those who want a good and reliable mechanical watch, from a trusted brand that won’t drain your bank account or leave you questioning your life decisions.

While the name Tissot may not come to mind immediately when you’re thinking about mechanical watches - probably due to their iconic and superlatively high-tech T-Touch collection taking up most of the column inches - the brand actually has over 160 years of watchmaking history beginning from its roots in Le Locle, Switzerland, where father and son team, Charles-Félicien and Charles-Emile Tissot set up their eponymous shop. (More on their history here.)

What we really like, though, are its affordable automatic pieces designed to be versatile enough for both casual and formal occasions. If you don’t need the bells and whistles of myriad complications (mostly non-essential although nice to have, and certainly not just yet, especially if you are venturing into the world of mechanical watches for the first time), the Tissot Ballade Automatic is a great option that packs in a lot of performance and tech underneath that classy demeanour.

For starters, it’s driven by a new Powermatic 80 Tissot movement (below). Based on the ETA 2824, the Powermatic 80 in itself isn’t new, having been around since 2013. (It also powers the Chemin des Tourelles watch, which you can read about here). This version, however, has been upgraded with a silicon hairspring.

For a few years now, more progressive watchmakers have been clued in to the benefits of silicon components and turned to the synthetic material for its anti-magnetic properties, as well as temperature and shock resistance.

As its name suggests, the watch comes with an impressive 80-hour power reserve, thanks to a longer mainspring wound around a thinner barrel arbour, so the lengthened mainspring doesn’t require a bigger barrel, which ensures that the movement remains reasonably sized. An adjustable balance wheel enhances the accuracy and power reserve of the watch. And the icing on the cake? The watch is a COSC-certified chronometer, promising daily precision of between -4/+6 seconds. 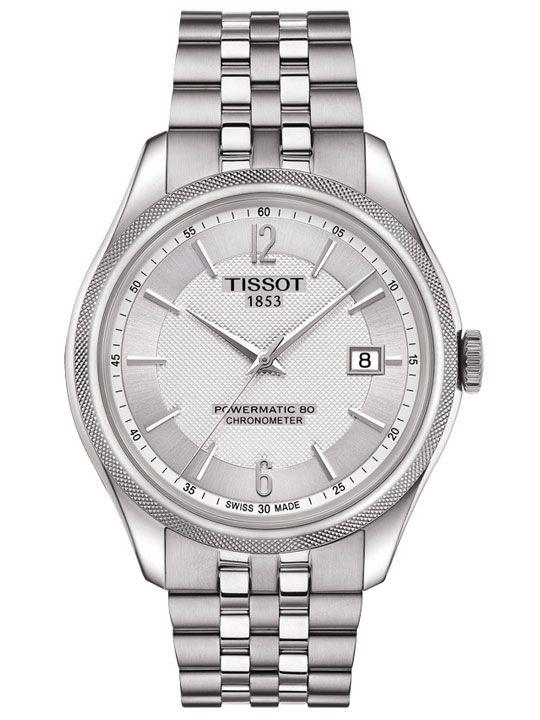 It should be noted that the same movement powers the ladies’ collection as well (a model below), which is impressive because there’s less room to play with as the said calibre needs to be housed inside a 32mm case. It’s also laudable that the ladies get the same movement rather than a pared down version as an afterthought, so props to Tissot there. 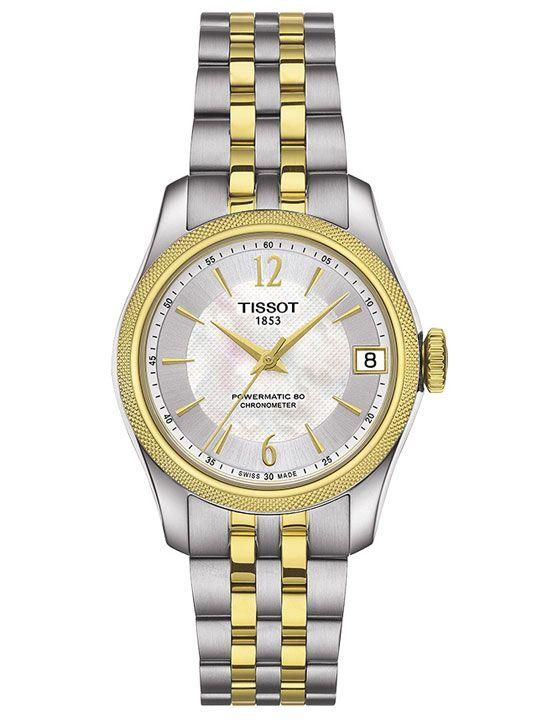 Outside, the watch is as elegant as they come. Perfectly suited to the office, a casual weekend or even a formal 'do, the timepiece is the equivalent of the classic white shirt or little black dress - a true wardrobe staple. We think it'd be equally at home on a golf course as it would at a client meeting.

Subtle embellishments like a Clous de Paris pattern adorn the bezel and centre of the dial (for the gents' version) which, incidentally, is extremely clean and readable. Ladies get the added perk of a feminine mother-of-pearl centre. We also like that it comes with a transparent caseback so you can admire the movement in all its glory. Strap options come in stylish leather or stainless steel bracelets. And here’s the clincher: it starts from S$1,380. Sweet deal? We certainly think so.