It was always going to be a tale of two sensibilities at Blancpain, a brand known in equal measure for its quietly classy dress watches as it does utilitarian tool watches. And so, as it has been for many years, the new roll-outs are anchored by Blancpain’s two best-know collections: the elegant and technically sublime Villeret, and the iconic and always evolving Fifty Fathoms dive watches.

The new Villeret offerings are aesthetically conservative in a good way. The ‘simple’ date models, available for both men and women, are gorgeous formalwear accompaniment, framed by polished double-steeped cases, accentuated by thin, skeletonised leaf-shaped hands, and boasting date displays with an updated numerical font described by a staffer as “versatile and unisex”. Elsewhere, the moon phase complication, a legacy feature for Blancpain that embodied the brand’s mechanical-only stand during the quartz crisis of the 1980s, makes a return in new ultra-thin models. 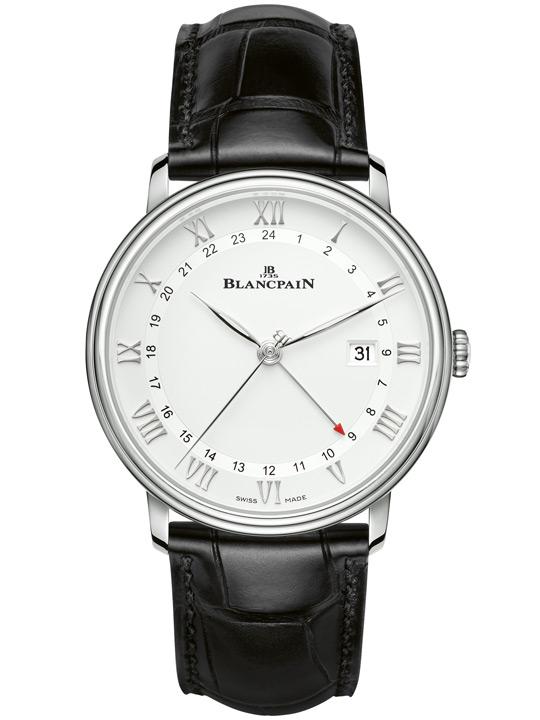 But the one to watch out for this year is the GMT Date (above). A stylish travel companion that amps up on dad-chic, the watch is also very practical and easy to use. Legibility is guaranteed by way of a separate red-arrow hand pointing to the second time zone on a 24-hour scale, and an all-in-one crown that allows you to set the time for both time zones. The watch comes in steel and red gold versions, and we go for the former. Priced at S$16,600, it is ‘just’ two grand more than the Villeret Ultra-Thin in steel, while packing in a heavyweight complication. 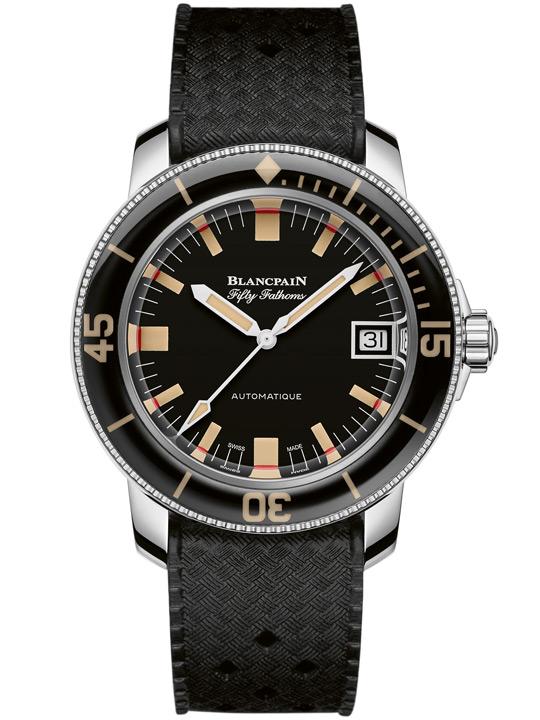 The Fifty Fathoms collection, on the other hand, makes a particularly strong showing this year, spearheaded by a winsome throwback tribute, the Fifty Fathoms Barakuda (above). Limited to 500 pieces, the watch is based on a vintage model that was supplied to the German military back in the 1960s. (At that time, Blancpain had supplied different versions of the Fifty Fathoms to many of the world’s marine corps.) Rocking a delectable retro-inspired demeanour, the Fifty Fathoms Barakuda is a modern send-up, deftly combining the original’s distinctive features like the old radium hands and indexes (reproduced using beige Super-LumiNova) with a contemporary unidirectional bezel with domed sapphire insert.

The Fifty Fathoms Barakuda isn’t the only blast from the past. The surprise package of the showcase is the equally delectable Air Command (below), a vintage-style pilot’s flyback chronograph. 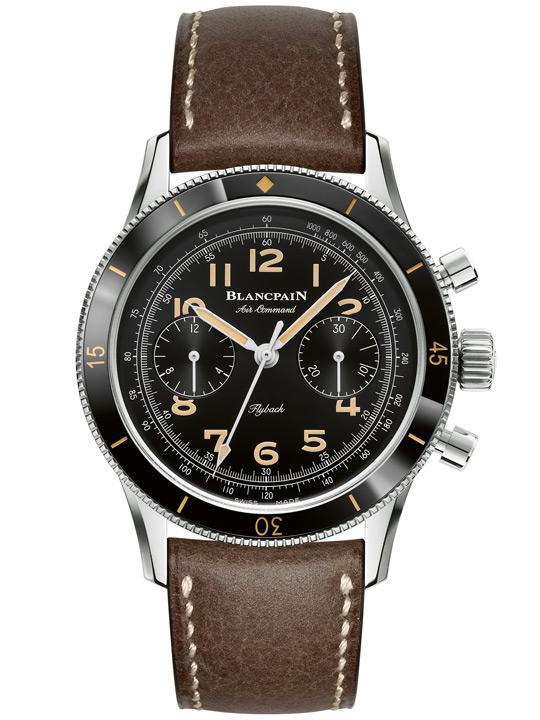 Also limited to 500 pieces, the watch is based on a prototype model that Blancpain made for the United States Air Force in the 1950s, and was eventually adopted by the Colombian Air Force. Winsome features like a ratcheted countdown rotating bezel, tachymeter scale on the inner flange, radium-style indexes and bi-compax layout all hark back to the original design and combine to make the Air Command an instant hit.