A quick refresher before the Monaco’s 50th anniversary’s big reveal.

Quite possibly the most famous square-cased sports watch in modern horology, the TAG Heuer Monaco celebrates its 50th birthday this year. Fans can expect the appropriate celebratory fanfare in May. There will be a book, Paradoxical Superstar, that traces the Monaco’s evolution. Of course, there will be a watch too – a highly anticipated limited edition that will be sold online and at TAG Heuer’s boutiques worldwide. But until then, here is a look back at five important Monaco models that mark the transformation of an iconoclastic watch into a true contemporary sports watch icon. 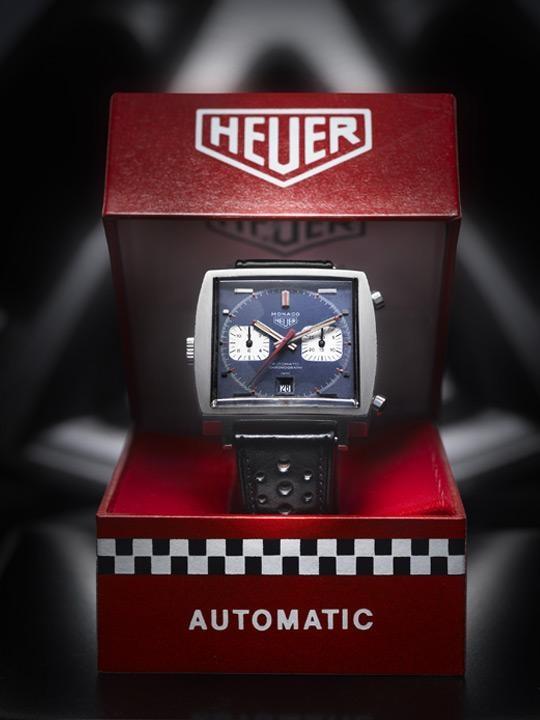 Even so, many were unimpressed with the Monaco’s off-kilter design – square case, left-hand crown, unusual dial colours – the same unconventional aesthetics that cemented the watch as one of the most recognisable modern sports watches. In 1971, the watch received a slight commercial bump when it appeared in the movie Le Mans, seen on the wrist of Steve McQueen. 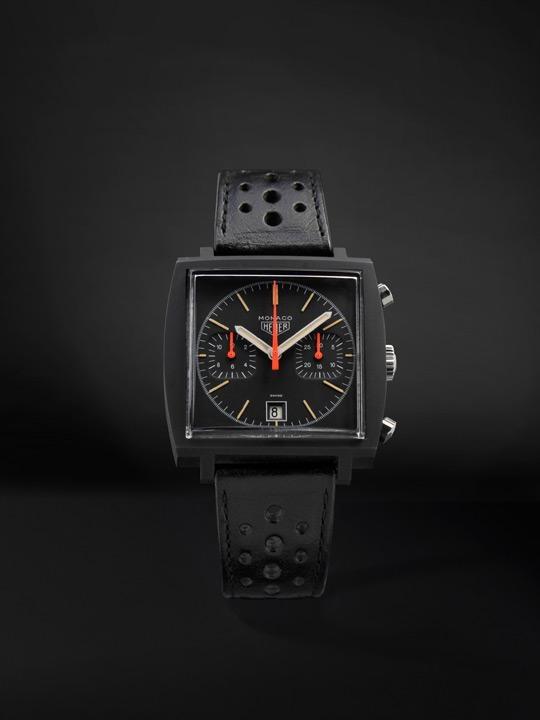 After its cinematic turn in Le Mans, the Monaco’s popularity was fuelled by the introduction of the ‘Dark Lord’. Incidentally, the Dark Lord’s conception was the result of Heuer’s watchmakers being driven to experiment with the watch, given its initially lacklustre performance. Sheathed in a black PVD-coated case with matching dial colour and striking orange hands, the watch looked as stunning then as it is fresh today. It’s not known how many pieces were made – Phillips auction house estimates it at between 100 to 200 pieces – and needless to say, the Dark Lord ranks as one of the most storied and collectable vintage Heuers today. 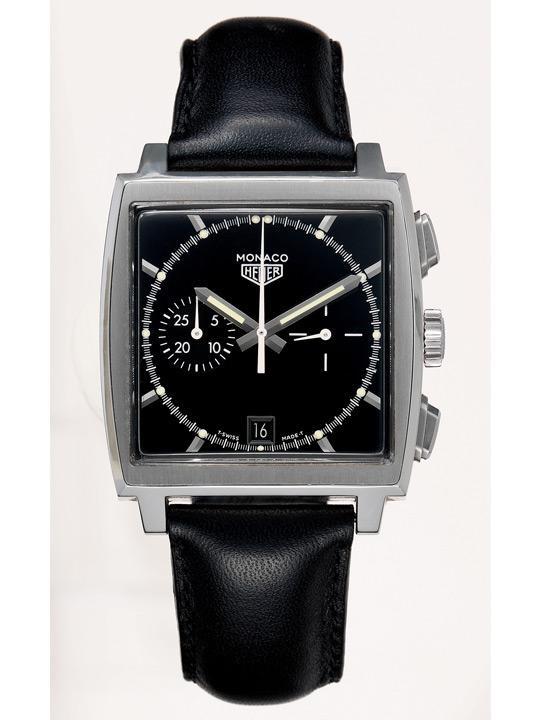 The Heuer Monaco found it hard going, possibly too way ahead of its time, and production of the watch all but ceased in the late-1970s. In 1998, however, TAG Heuer decided to give it one more roll of the dice with the ‘Re-edition’ Monaco, a homage to the vintage Monacos with a more conventional take, such as a right-placed crown and simple black dial. The first re-edition (CS2110), which was capped at 5,000 pieces, featured a two-counter configuration and the old Heuer shield logo. The strategy proved to be a success and the re-edition collection proved it had legs with more models added to the series since. 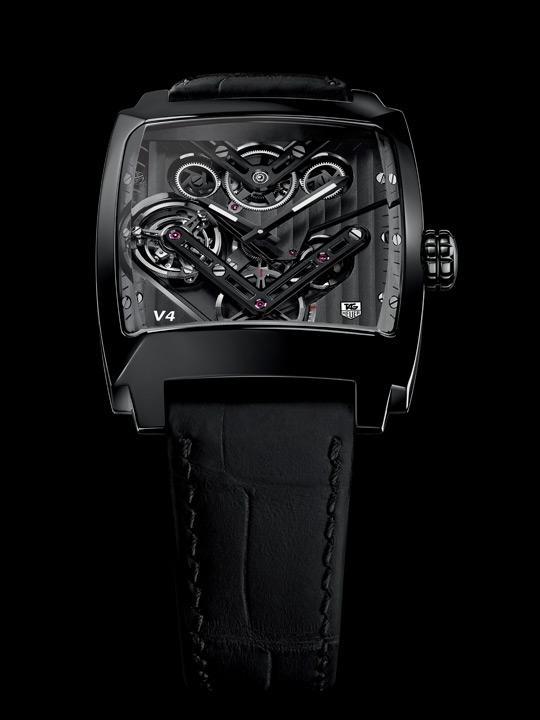 In 2004, TAG Heuer blew our collective minds when it presented the Monaco V4, which featured a revolutionary belt-driven movement. Named and inspired by the architecture of a four-cylinder car engine – there are four mainspring barrels at each corner of the movement, with a ‘transmission system’ enabled by super thin rubber belts that have been reinforced with a steel core – the V4 movement was groundbreaking as it is. Even so, nothing could have prepared us for the Monaco V4 Tourbillon. Launched in 2014, the watch brings TAG Heuer’s avant-garde spirit to the fore, engineering the same micro-belt energy transmission system to drive a tourbillon and, in doing do, effectively supercharges a widely appreciated 18th century complication into the future. 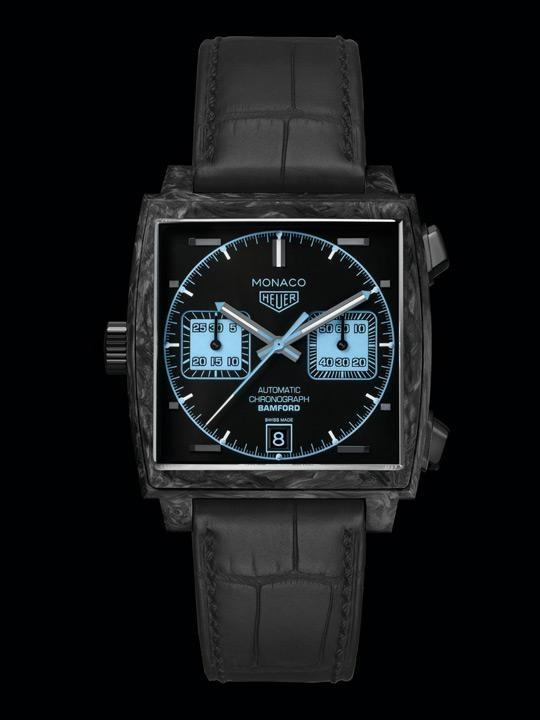 TAG Heuer released one of its most coveted and talked-about Monacos in recent memory with the release of the Monaco Bamford, created in collaboration with Bamford Watch Department (BWD). Although BWD has been in the customisation business for years, famously giving modern makeovers to iconic models, sheathing cases and bracelets in black PVD, the company has never officially been enlisted by a brand to work on a full-fledged collection until TAG Heuer came along. The resultant creation, the Monaco Bamford, which features a black carbon case and dial with aqua blue accents, was successful on many counts – not least the Monaco’s ability to reinvent itself to garner a new generation of fans.