Even if one discounts the Ronaldo association, this watch would do nicely as a gateway chronograph to the world of TAG Heuer. 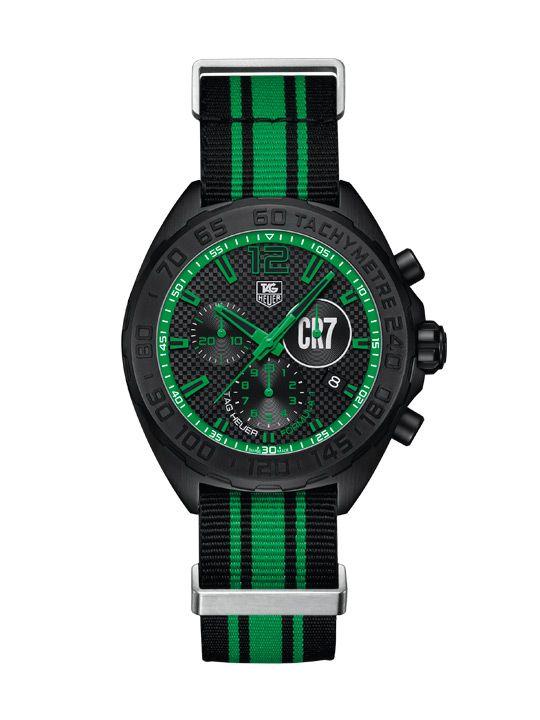 Its quartz engine means a more accessible price tag (although an automatic version would’ve been nice), while the watch’s sporty disposition complete with chronograph interface, titanium carbide-coated steel case and NATO strap has winsome mass appeal. That the celebrity footballer has lent his name to the watch – the ‘CR7’ inscription bearing his initials and jersey number, and green accents, because well, football pitch – will further enhance collectability.