Introducing three new models, including the return of the legendary ‘Night Diver’. 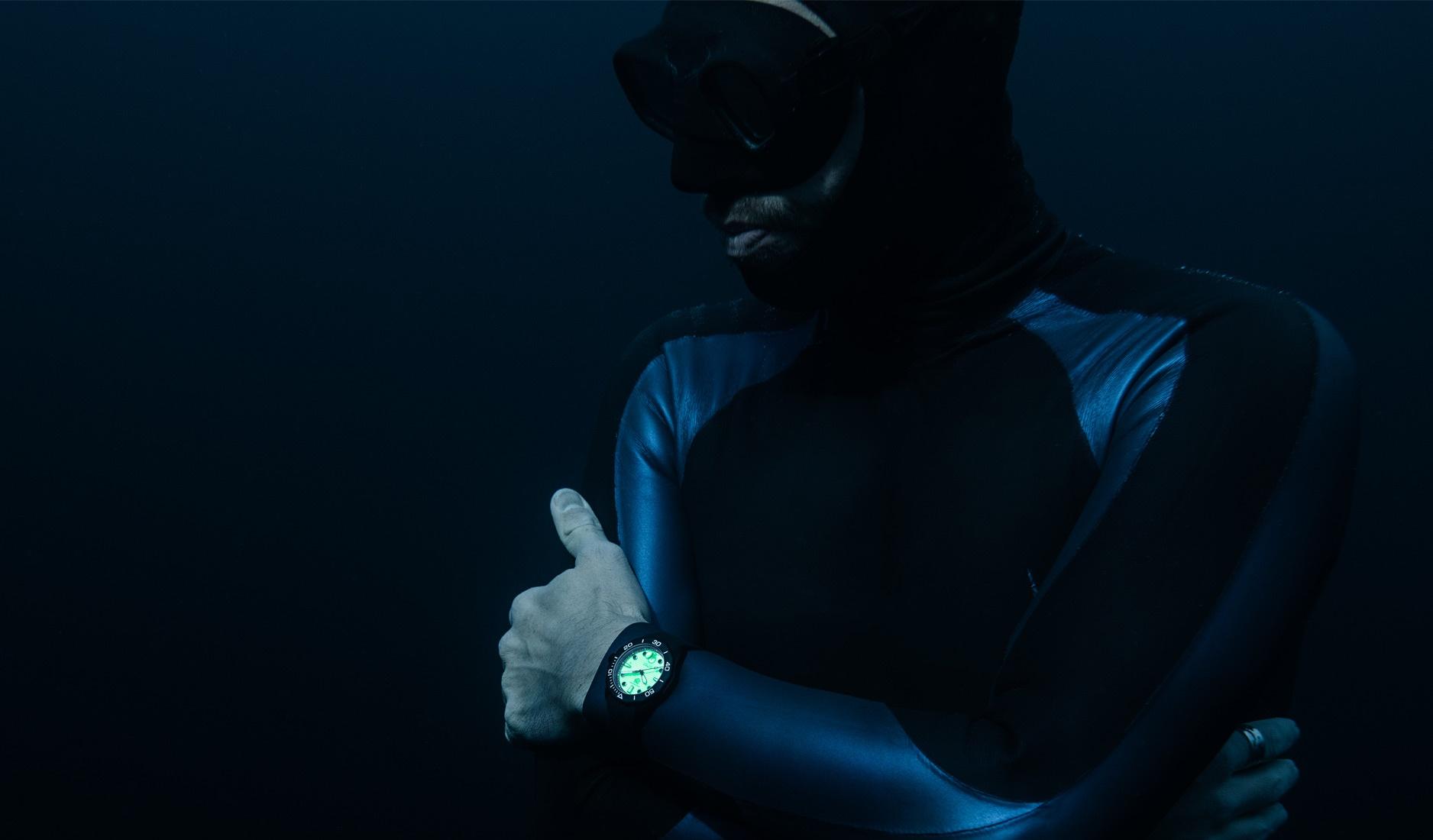 The TAG Heuer Aquaracer collection, which is enjoying a new lease of life, having been reinvigorated with its most extensive upgrades since the dive watch line's formative years in the 1970s, welcomes three new models to the fold. 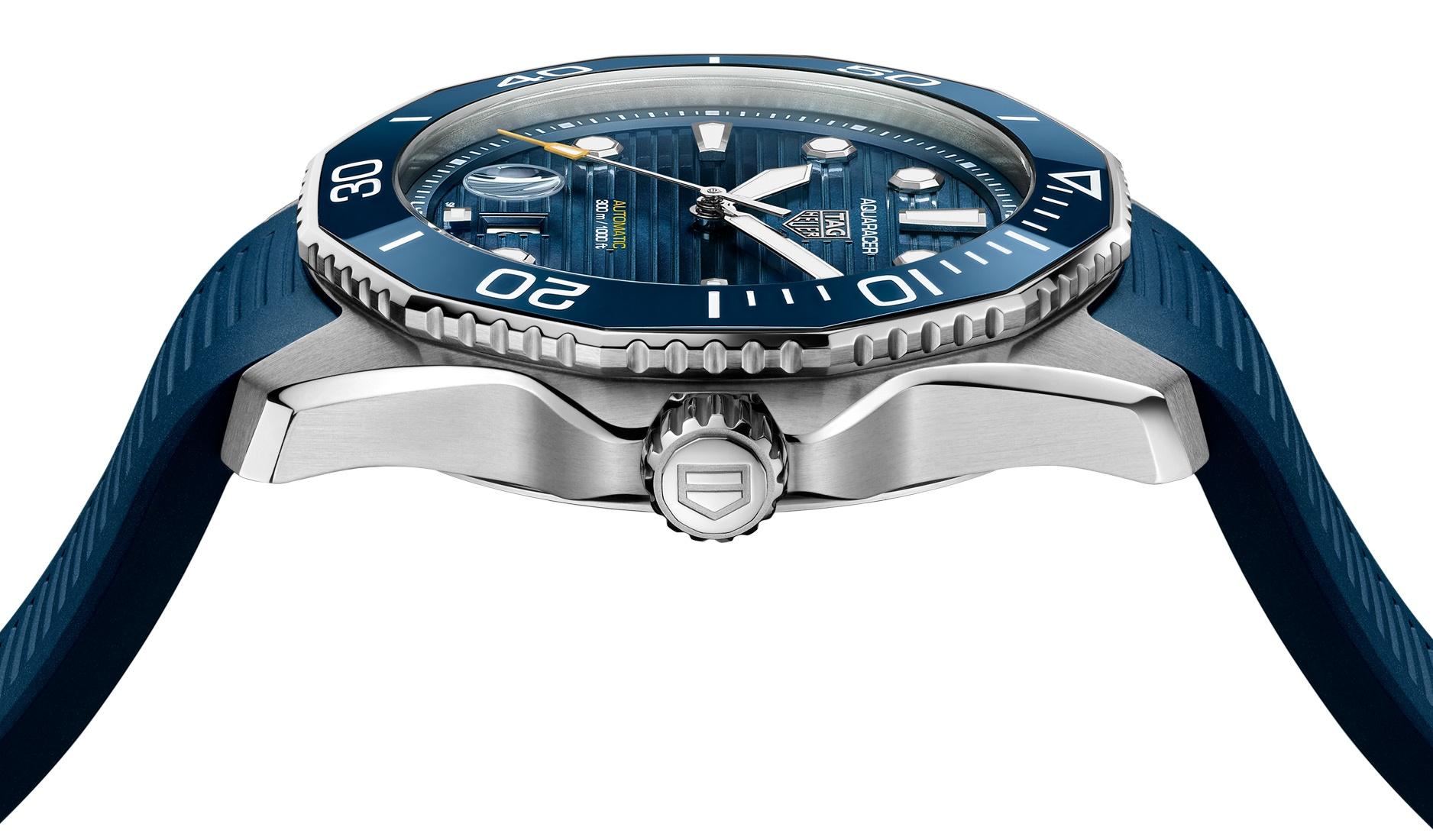 Often perceived as the gateway watch into the world of TAG Heuer with its accessible price points and versatile sportive style, the Aquaracer – now renamed Aquaracer Professional 300 – was reintroduced at Watches And Wonders 2021 earlier this year. The new watches feature a host of transformations both inside and out. Anchored by the collection’s iconic 12-sided unidirectional bezel, the new-generation Aquaracer boasts a slimmer case, redesigned crown protector, flat sapphire crystal with date magnifier, and new fine adjustment system on the clasp that allows the wearer to adjust the bracelet length by up to 1.5cm while wearing the watch, amongst others. 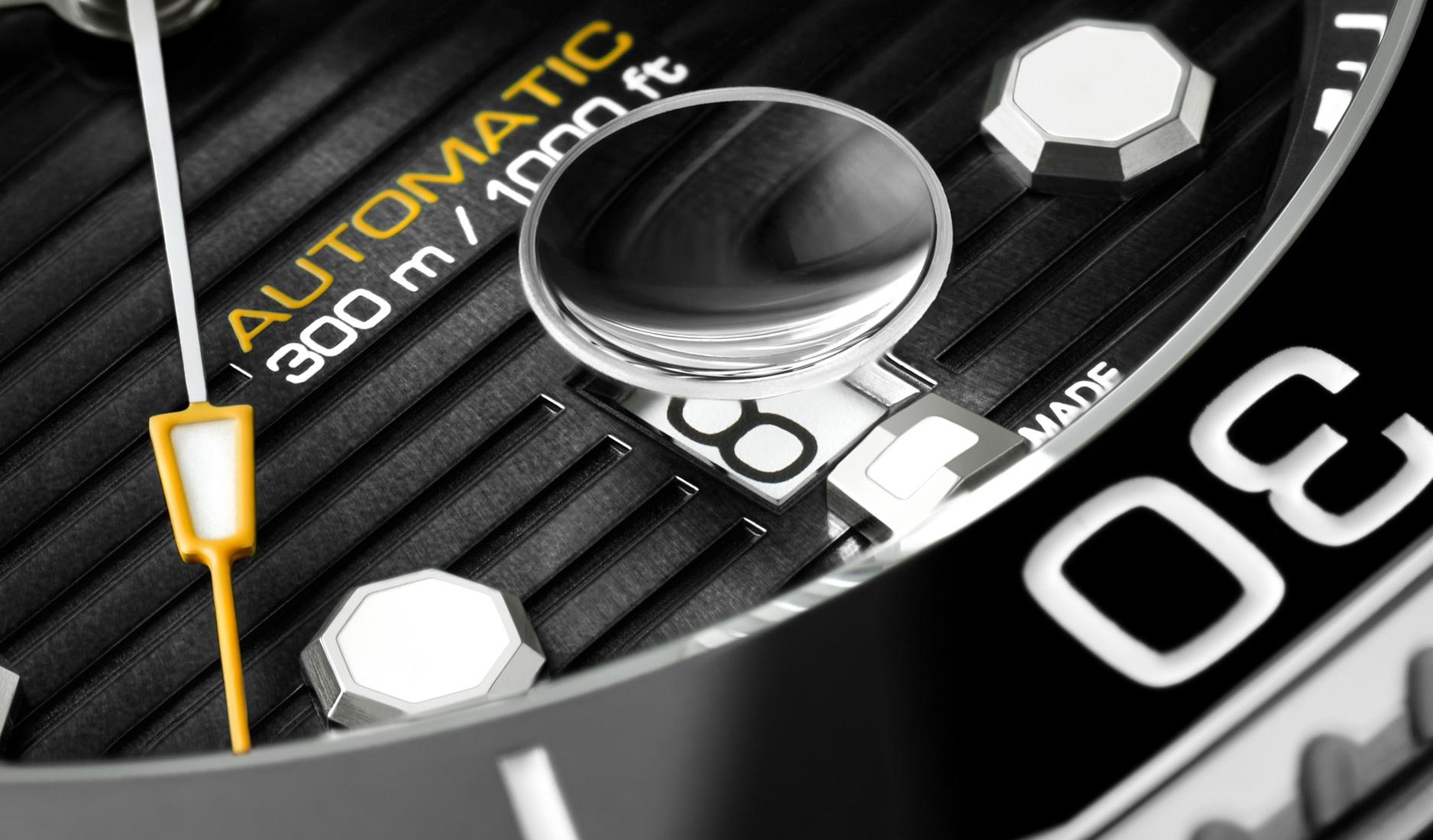 Now, adding to the cast of new Aquaracer Professional 300 models are three new variants: two offerings in steel with rubber strap, available with blue or black bezel and dial, and the evocatively named ‘Night Diver’ in black DLC-coated steel with fully luminescent dial. Like all new-generation Aquaracer Professional 300 models, the new Aquaracer ‘Night Diver’, as well as the blue and black models with rubber straps, run on the automatic Calibre 5 with rapid date correction and 38-hour power reserve. 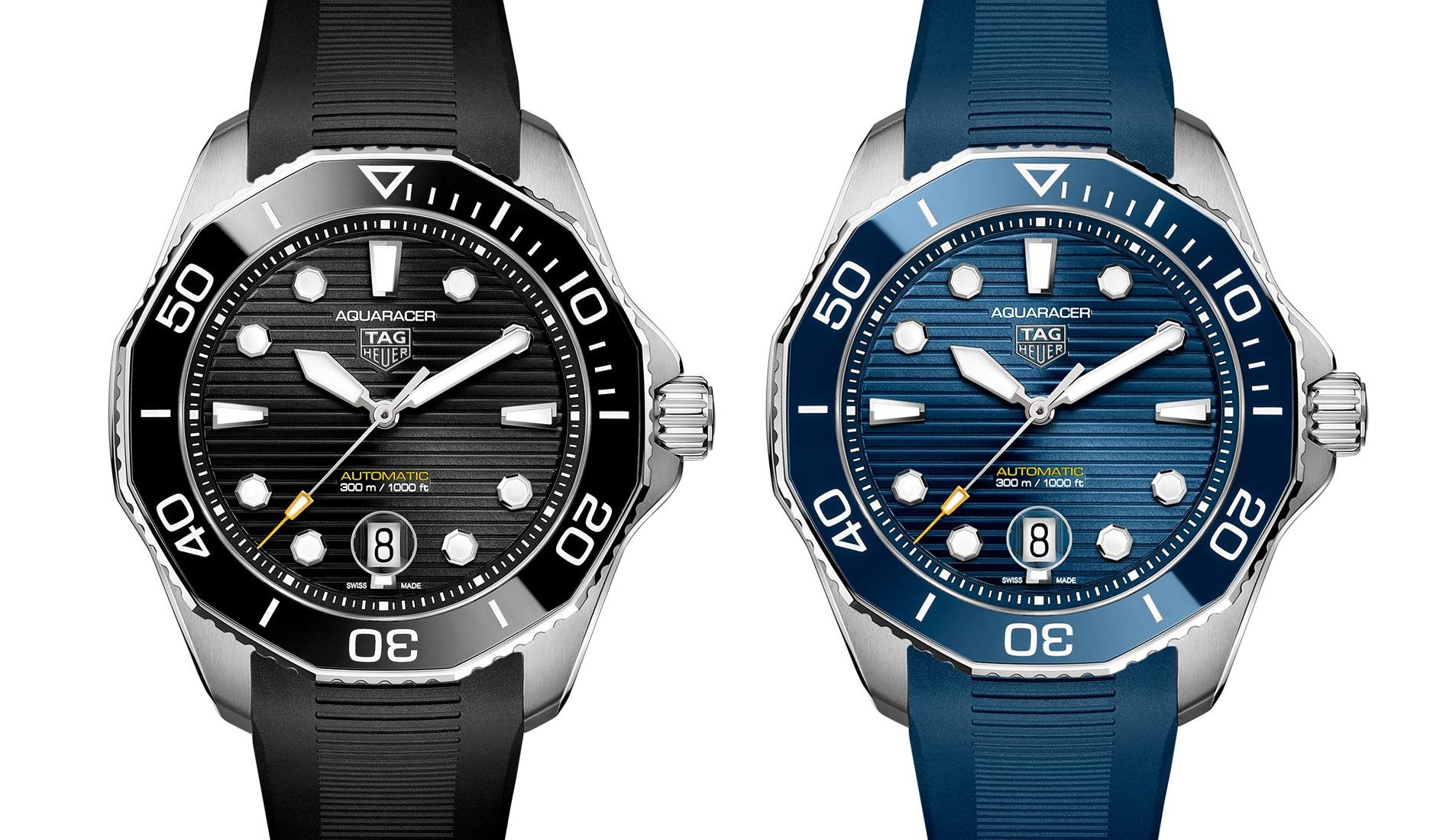 The standout piece of the trio, the Aquaracer ‘Night Diver’ pays homage to a vintage model from the 1980s that bears the same name and luminescent attributes. The modern version flaunts a full green Super-LumiNova dial that glows with unparalleled brightness, contrasted by blue lume on the minute and central seconds hand, as well as on the triangle on the unidirectional rotating bezel. 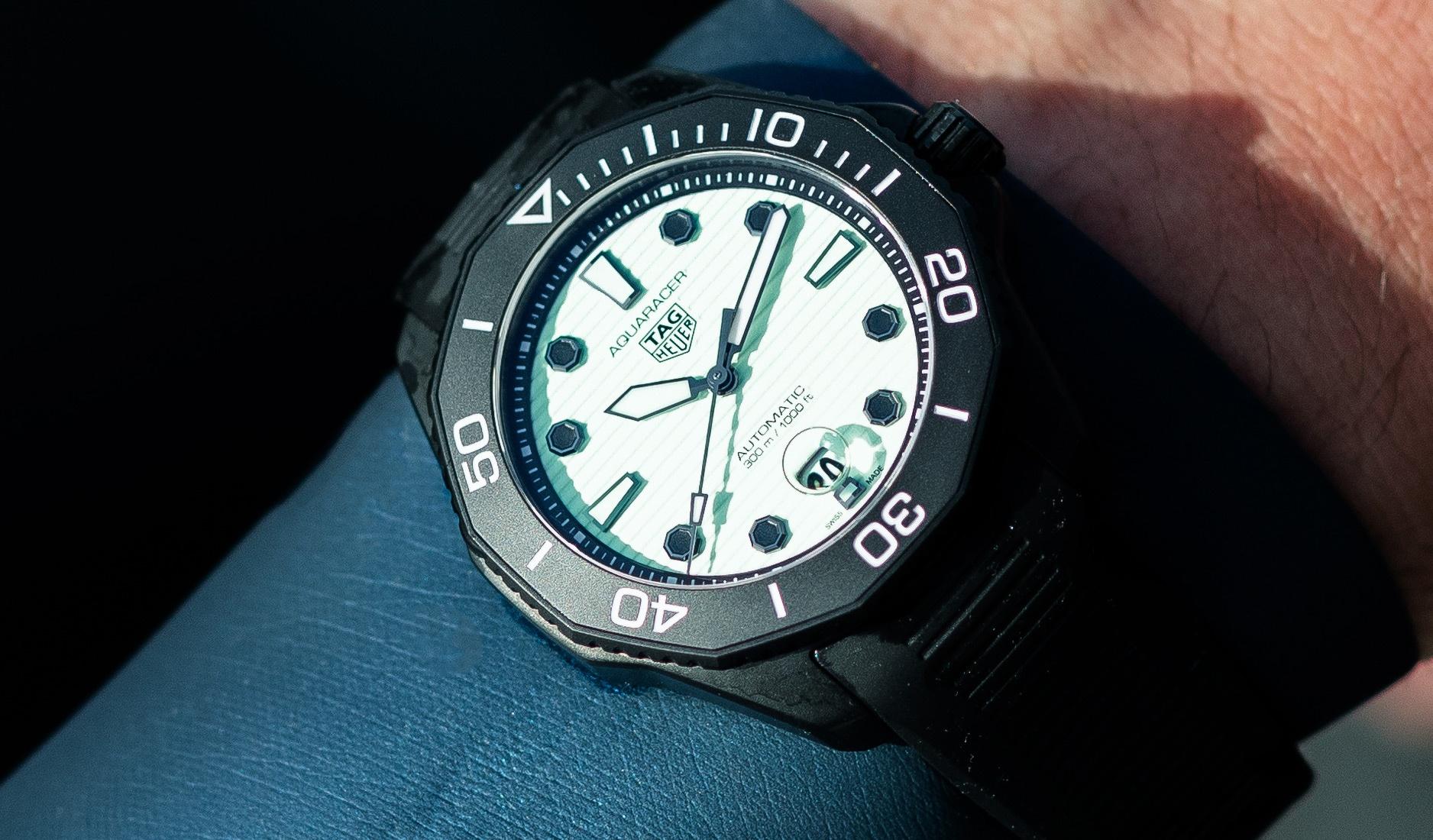 The Aquaracer ‘Night Diver’ joins the Aquaracer ‘Ref. 844’ introduced at Watches And Wonders 2021 as one of the collection’s throwback-inspired options. Offering watch lovers a retro-style alternative to the contemporary models, the ‘Night Diver’ and ‘Ref. 844’ help shine a light on the collection’s heritage. If these models are anything to go by, we might see the emergence of more homage-inspired re-editions with new TAG Heuer launches. 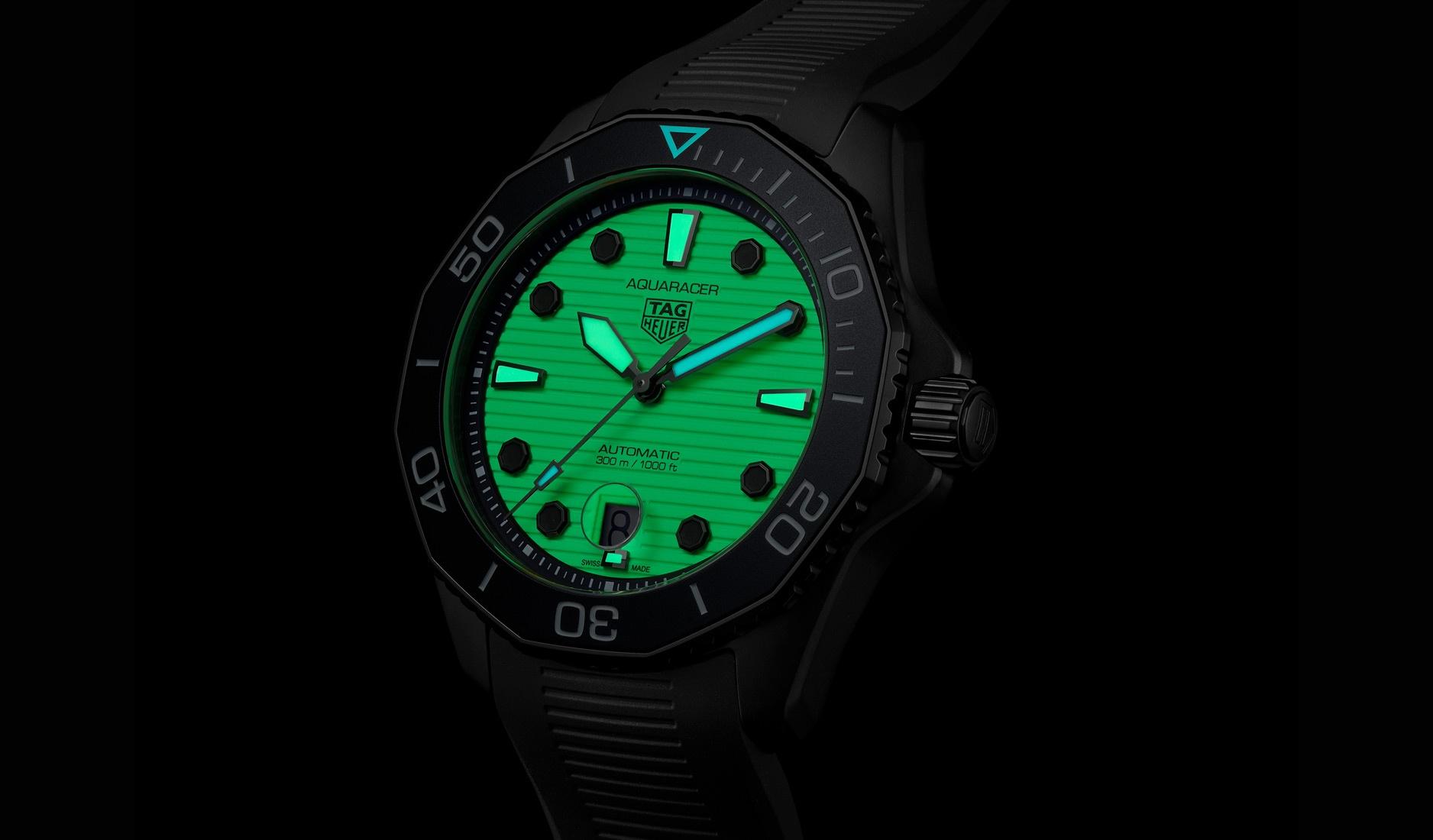