And they’re off the blocks with the new TAG Heuer Carrera Porsche Chronograph. 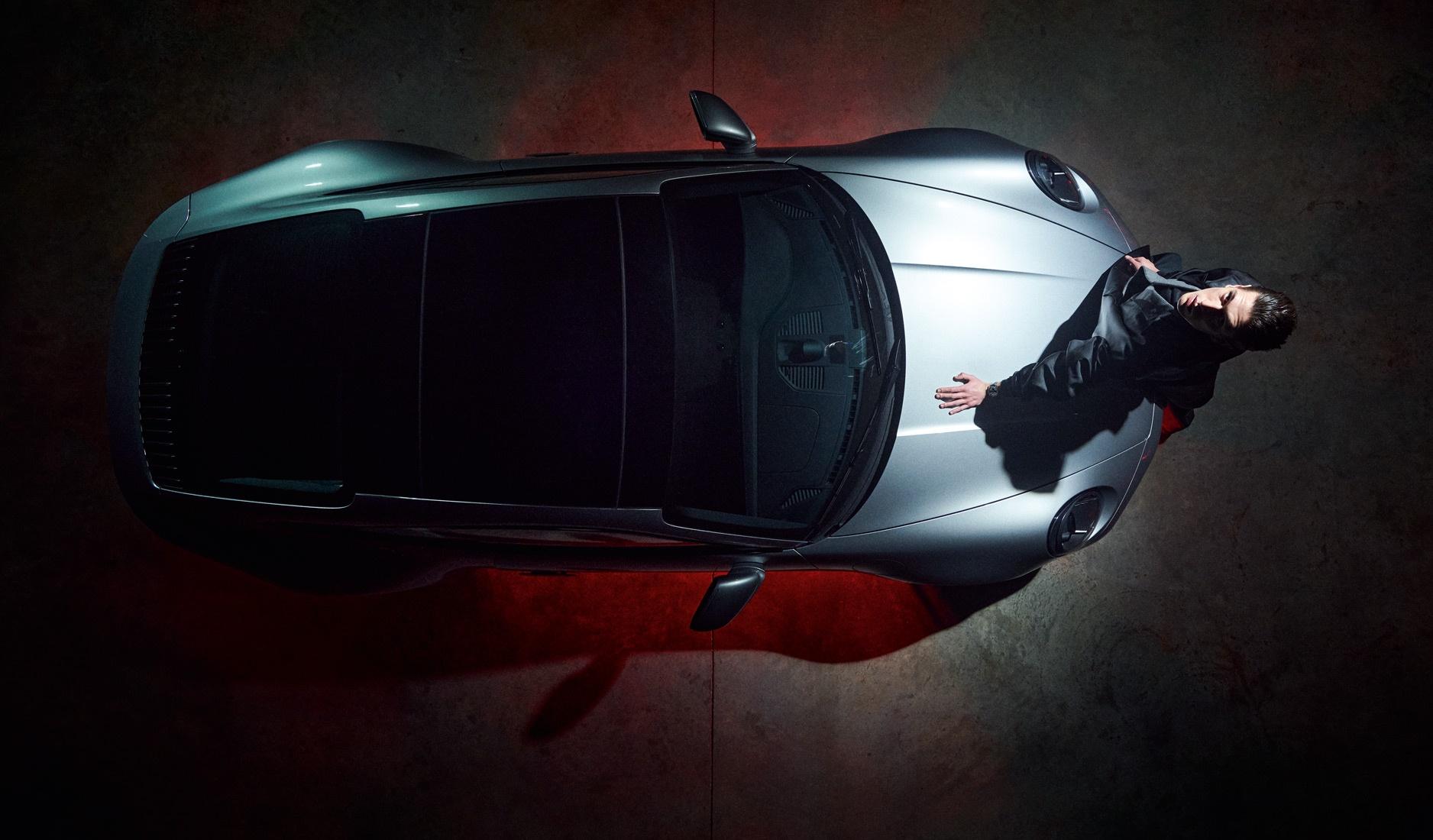 Like brothers from different mothers, the worlds of watches and motorsports share kindred ties that span the superficial (status, luxury, machismo) to the significant (mechanical excellence, material innovation, performance focused, etc). While cross-pollination between the two has proven inevitable - and rife - the latest partnership between TAG Heuer and Porsche seems written in the stars, given that the watch and car companies each boast an iconic product that shares the same name – the Carrera. 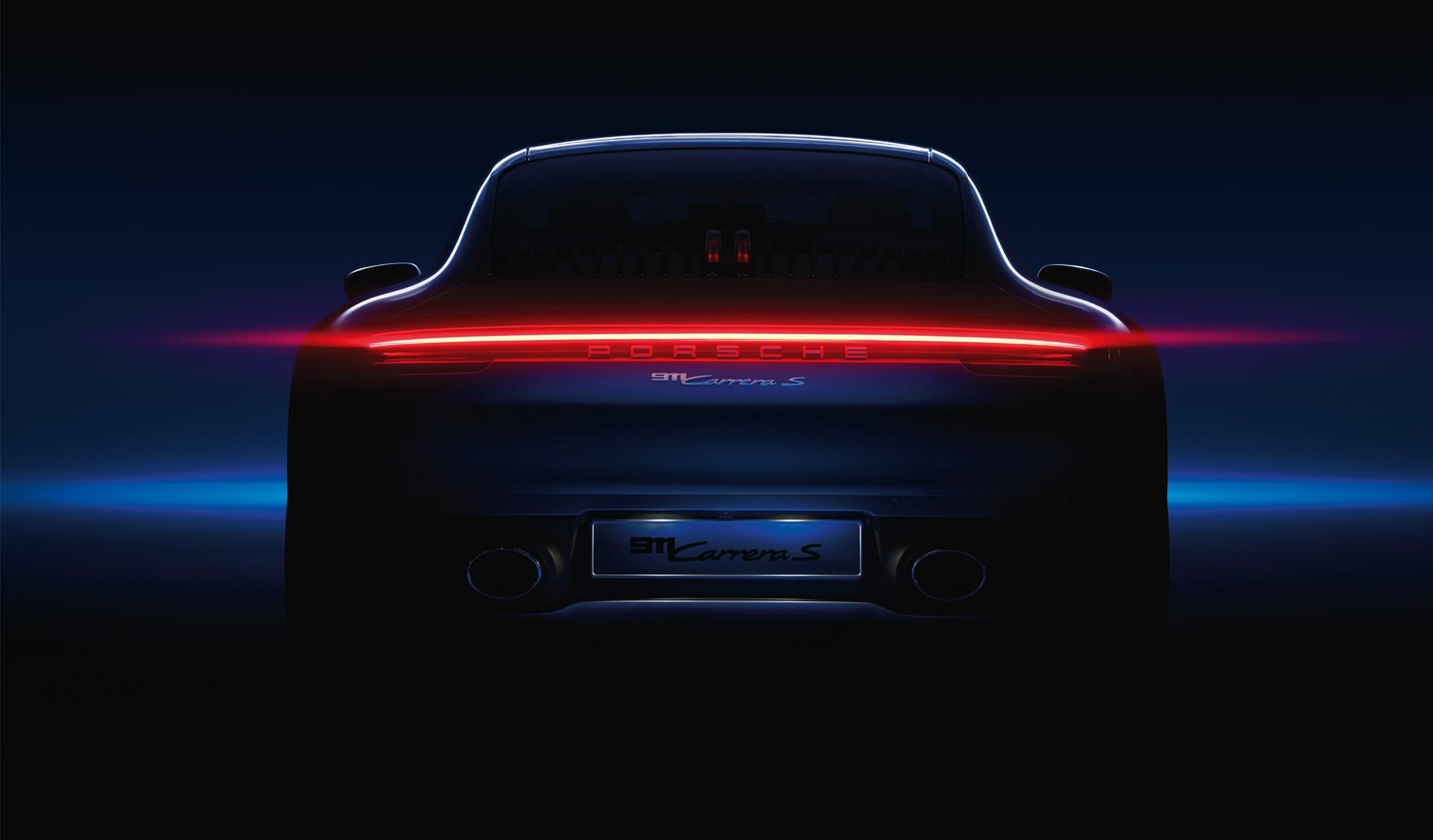 The TAG Heuer Carrera is, of course, one of the most celebrated sports watches in modern watchmaking, while the legendary Porsche Carrera is the German carmaker’s flagship engine. Incidentally, the TAG Heuer Carrera was named after the Carrera Panamericana rallies of 1950s, of which the 1954 race was won by Porsche, which paid homage to the win by naming its most powerful engine ‘Carrera’. 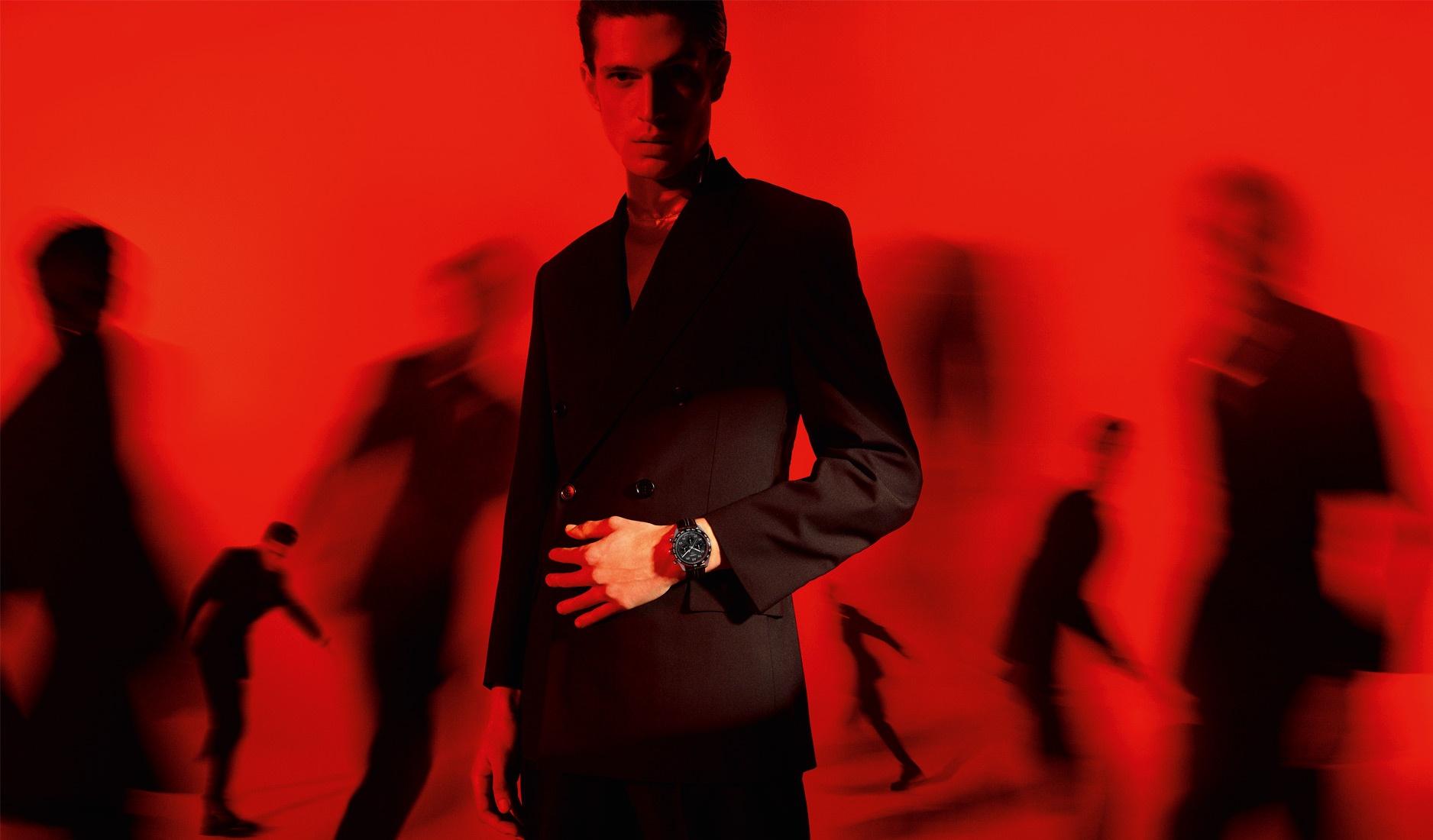 But there were even more ties linking the two companies over the decades, making one wonder why it took this long for the two companies to ink a watch-inspired partnership. These include a sponsorship campaign with Porsche racing driver Jo Siffert in the 1960s; a tie-up in the 1980s in which both companies developed the TAG-Turbo engine for the McLaren F1 team that won three consecutive championship titles in 1984, 1985 and 1986; and another sponsorship deal in 2019 where TAG Heuer served as official timing partner for Porsche’s Formula E team. 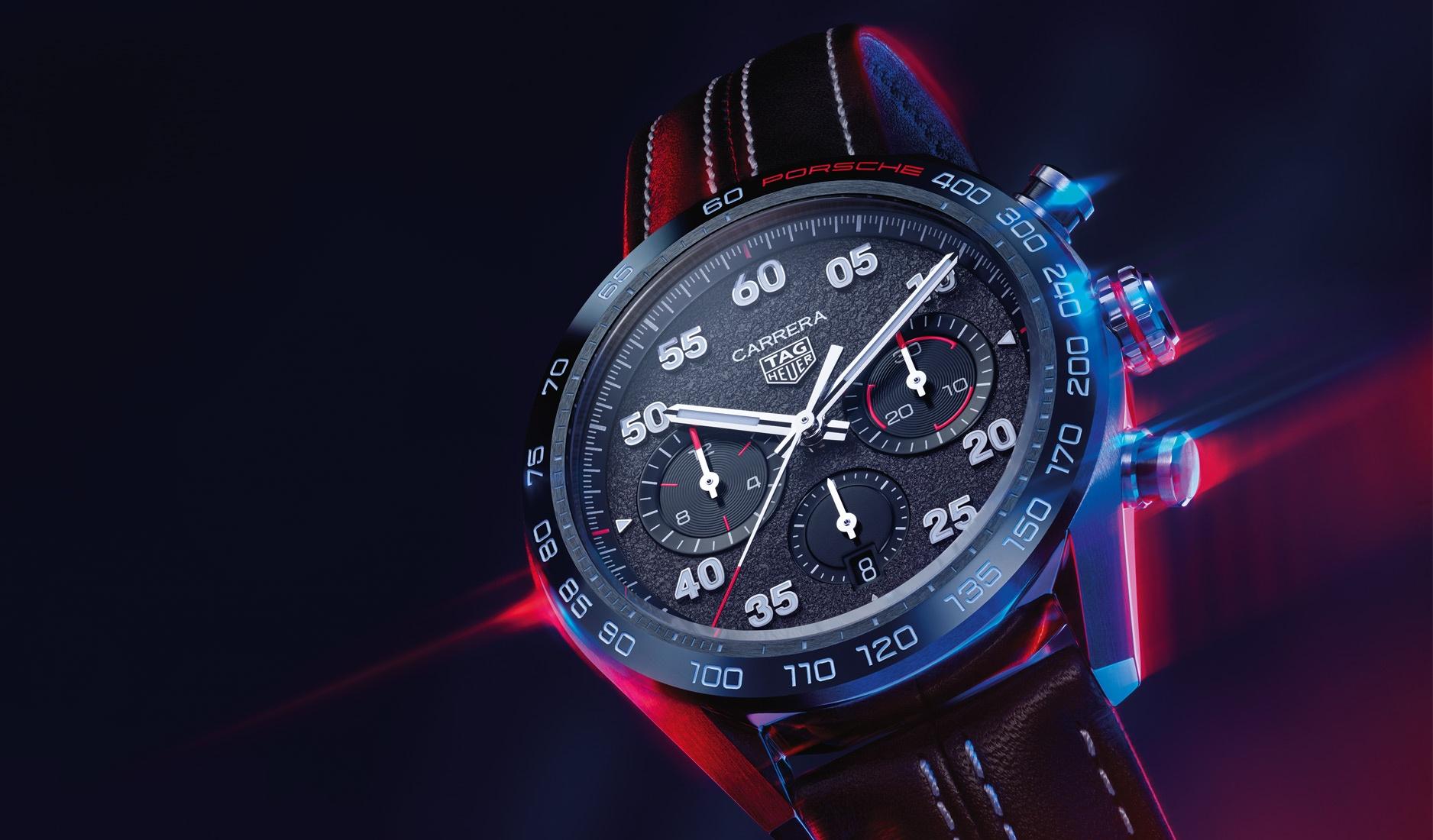 To commemorate the long-awaited ‘holistic’ official brand partnership, TAG Heuer is rolling out the Carrera Porsche Chronograph – an undeniable first model with a name that means so much to both brands. As one’d expect, the watch looks to amalgamate the aesthetic signatures of two Carreras from the horological and motorsports realms – a seemingly effortless exercise considering the sportive and performance-focused DNA shared by both entities. 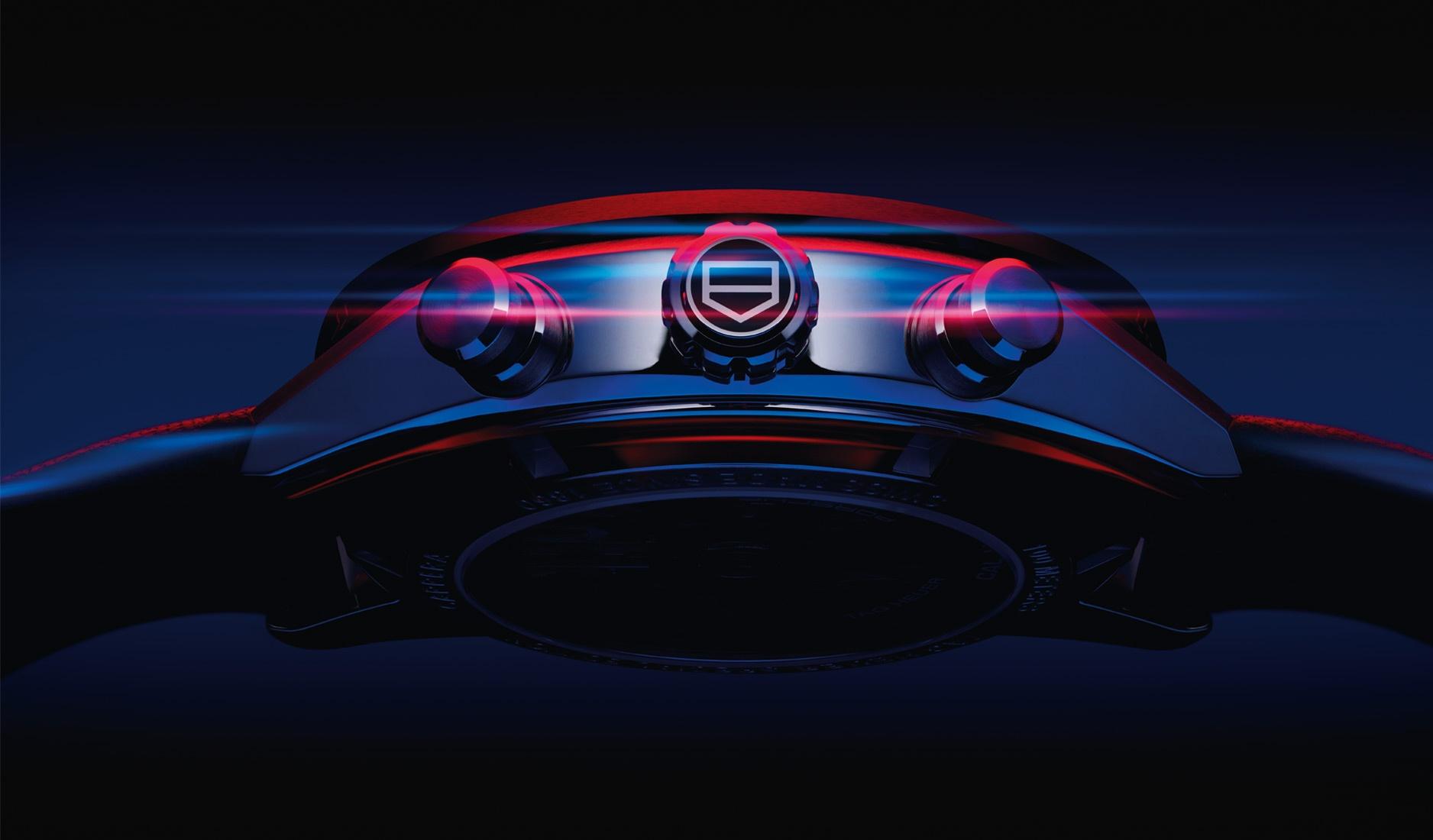 The Carrera’s distinctive round case with ceramic bezel and facetted lugs, and geometrically sound tri-compax chronograph dial layout – a look that premiered in the redesigned Carrera Sport chronograph from 2020 - provide the canvas for Porsche-inspired embellishments. Both the TAG Heuer and Porsche branding share real estate on the timepiece without appearing contrived. The flashes of red on the totalisers and seconds hand, and the Porsche logo on the tachymeter scale lend enough presence without appearing obtrusive or out of place.

Instead, other aesthetic accents like the Arabic numerals set against a grained asphalt dial, a stylised rotor shaped like a steering wheel (de rigueur for car-watch collabs, really) and column wheel in red help express the Carrera Porsche Chronograph’s race car-infused personality in no uncertain terms. As for the engine, TAG Heuer is keeping to the Carrera Heuer 02 automatic chronograph movement with date, column wheel control and 80 hours of power reserve – the same calibre that was introduced in 2018 and now powers the rest of the refurbished Carrera models. 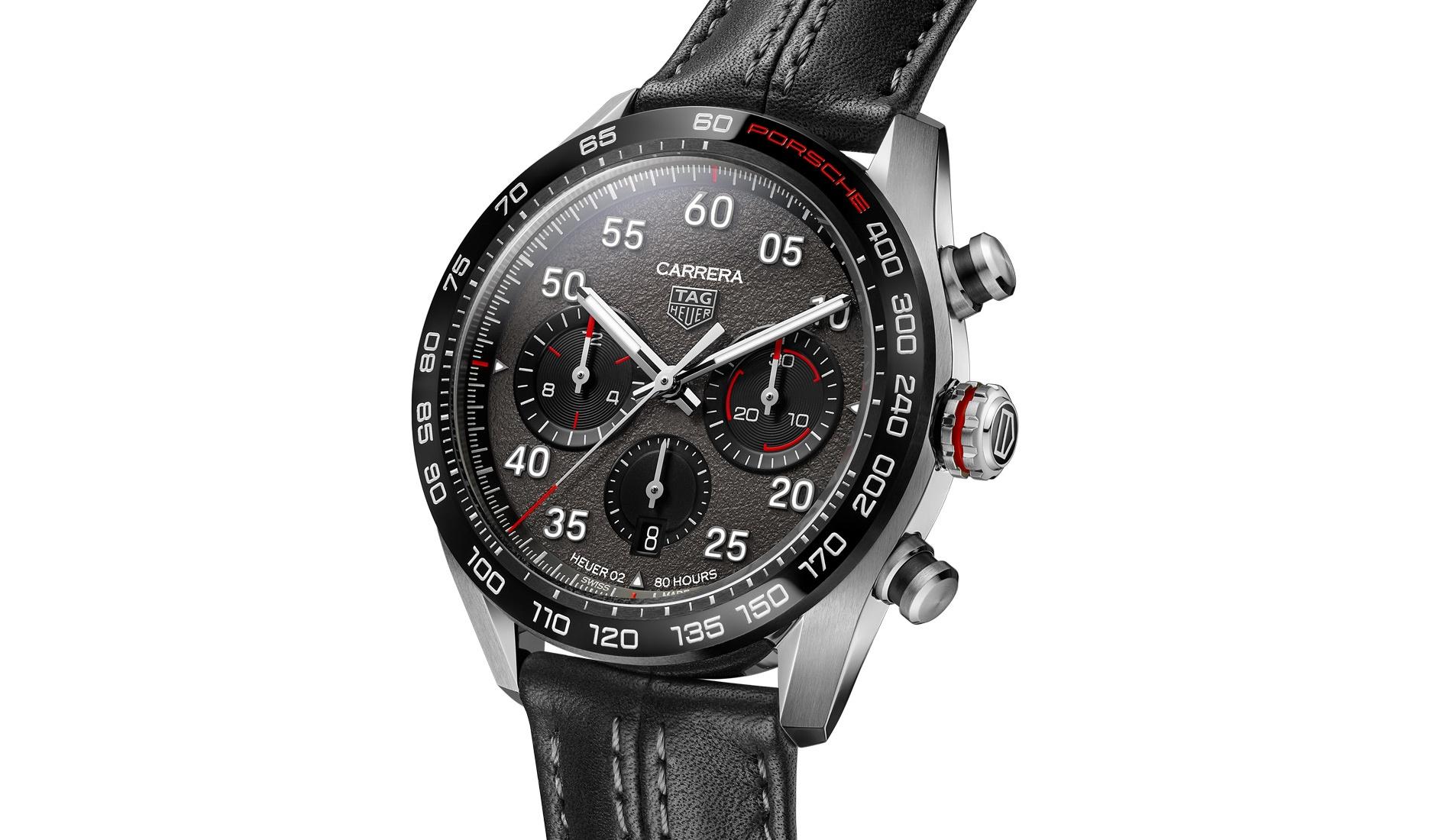 Both TAG Heuer and Porsche are no strangers to the collab scene. The former has previously partnered with the likes of Aston Martin for timepieces, while the latter has its own accessories arm, Porsche Design, which counts watches as a part of its repertoire. Having crossed paths so often before, though, this latest love-in looks like it has the potential to go the distance.