In simultaneous announcements taking place both in Hong Kong and London, both sides were able to communicate via a duplex connection. TAG Heuer CEO Jean-Claude Biver sealed the deal in Hong Kong with the Premier League’s Tom Greenwood and legendary goalie Peter Schmeichel around a wheel of Swiss cheese from Biver’s pasture in Switzerland. 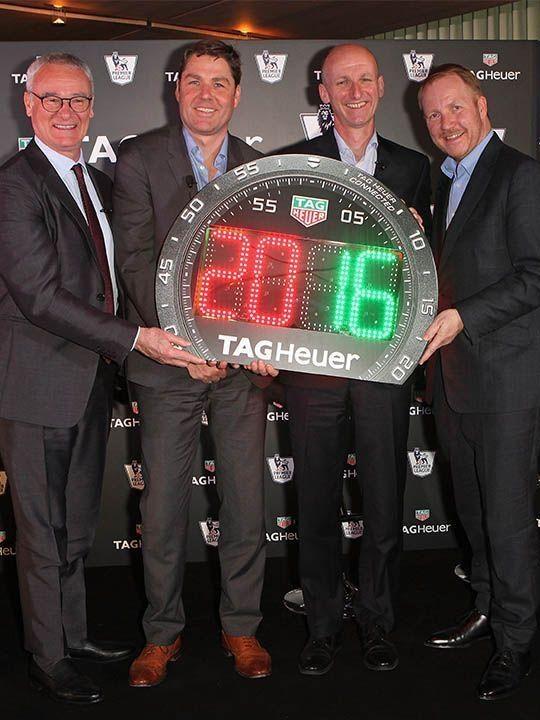 The deal will see TAG Heuer’s name emblazoned on all the fourth official’s boards and appear during match broadcasts to 730 million homes in 185 countries. Brand motto #DontCrackUnderPressure will also be highlighted in all digital platforms of the Premier League. To keep up with the action on the pitch, referees will don the TAG Heuer Connected, a new smartwatch from the luxury watchmaker. Just makes you want to be a referee now, doesn’t it?

More in this category: Which Autavia Is Making A Comeback? Claudio Ranieri Is TAG Heuer’s Newest Ambassador
back to top