“TAG Heuer has always been quite audacious”

We’re probably not exaggerating if we say it’s every girl’s dream to be surrounded by shoes. And that’s just the world Catherine Eberlé-Devaux was immersed in for 15 years when she was working at a luxury multi-brand footwear boutique in France, developing its digital strategy back in 1999. Pretty revolutionary, considering there was no social media back then and the Internet was in its infancy.

But while Carrie Bradshaw and her posse would have loved to be in her position, Eberlé-Devaux was keen to explore beyond the world of shoes and “wanted to go see something else”. That ‘something else’ wasn’t necessarily moving to another country to work in the watch industry, but it’s what she ended up doing anyway.

“I’ve always liked to tell stories and that’s what I was asked to do at TAG Heuer,” Eberlé-Devaux explains. She noted the brand’s heritage wasn’t as deeply ingrained like it was with the big luxury names like Hermès and Guerlain, so she “thought it could be fun as I like to develop things like that for a brand.” Here, she takes us through her job scope at TAG Heuer as the brand’s heritage director, and shares some of her favourite watches that best epitomise the brand’s values.

What does a heritage director at TAG Heuer do?
When I first arrived, I had to organise the archives that were stored in various rooms within the factory and make sure that things are not accidentally destroyed. It’s an ongoing job because there are over 10,000 documents and they can’t be sorted overnight.

My department also has to liaise with the rest of our colleagues in the company. Last year, the finance and legal departments found a box of old contracts which they thought they didn’t need anymore. But when they asked me to have a look before disposing of it, I found inside the original contracts that Jack Heuer, Willy Breitling and two suppliers signed for the Calibre 11. Of course, there is no legal interest in that because it was from 50 years ago, but historically, it was huge.

Was it a disadvantage that you didn’t have a background in watches?
Not at all. It was so easy for me because what I like about shoes is the craftsmanship. Where does the leather come from? How do you build the shoes? And all that. With watches, it’s exactly the same—you look at the movement, dial construction, choice of case materials and what the differences are. I spent a lot of time with the watchmakers at TAG Heuer to look at their gestures and understand how they work. I was like a sponge, taking in and learning everything I could with so much joy and passion.

The motto of TAG Heuer is ‘avant-garde since 1860’. How has the brand has expressed this spirit throughout its history? 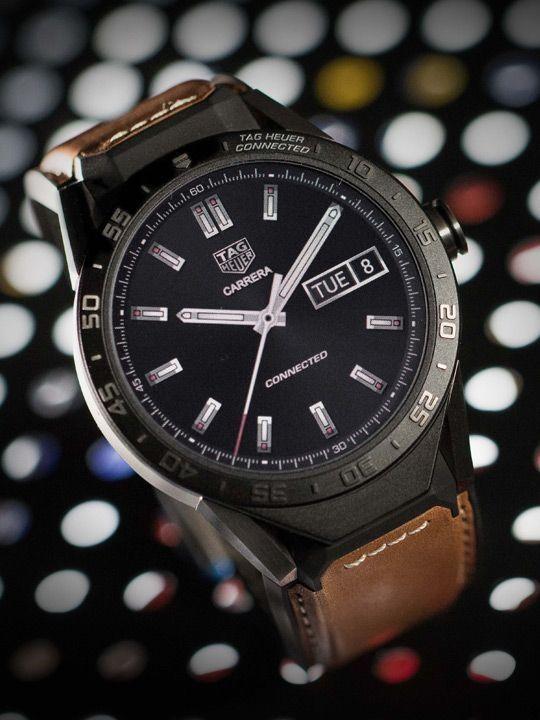 I think that the company has always been ahead of the market and quite audacious. Our founder, Edouard Heuer, started the company in 1860, and developed the oscillating pinion by the end of the 19th century in 1887. It is a very small part in the chronograph module of the movement that makes it start right immediately upon activation, enabling the chronograph to be much more precise, but also more easily assembled. This means it’s less expensive to produce and easier to fix in terms of servicing. What better example of being avant-garde at the end of the 19th century?

In more recent years, we were the first luxury watch brand to develop a Connected watch (above) and it was not just to have a Connected watch to compete with other smartwatches but it was more along the lines of something that was entirely within the brand’s DNA.

What does the tagline, #dontcrackunderpressure, mean to TAG Heuer?
Not many people know this, but in the beginning of the 20th century, we also had a business trading in gems like diamonds, sapphires and rubies, which were mainly used for the movements. One day, a guy invented synthetic rubies and all of a sudden, there was no need for real rubies anymore. As you can imagine, the business collapsed, so the company had to find another way to make money and keep going. They developed more chronographs and more specificities. Out of this came the whole range of Mikrographs that were the first watches to be accurate to 1/100th of a second.

Also, the third generation owners, Charles-Edouard and Hubert Heuer, had to take over the business prematurely when their father, Charles-Auguste, died suddenly. It was at the end of WWI and both sons were in their twenties with no experience. Fortunately, they came together and made it work. Hubert worked on the sales aspect of the business while the creative Charles-Edouard found himself involved in the development of new watches and names. In fact, he was one of the first in the industry to name the watches rather than use reference numbers. The name, ‘Autavia’, a portmanteau derived from the words ‘automobile’ and ‘aviation’, was coined by him.

You have the privilege of having access to all of TAG Heuer’s archives. Which period of the brand’s history fascinates you the most?
I really like the 1960s and the early 1970s because this was a period of modernity for TAG Heuer, which was achieved without the tools we have today. There were no computers or email then and press releases had to be sent by airmail to subsidiaries in various countries, translated, then mailed back to us. 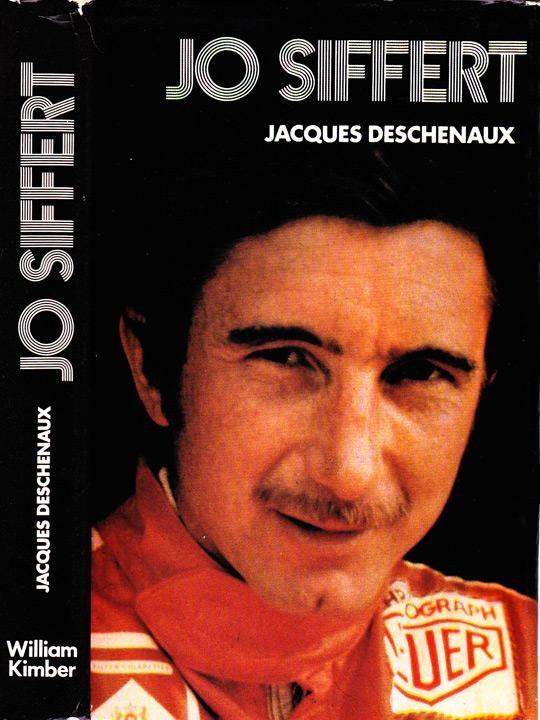 In a very radical move, our then-CEO Jack Heuer was also the first to sign a Formula One driver as an ambassador. This was in 1969 with the driver Jo Siffert. Back then, it was a completely new thing to do but he didn’t have the tools we do today, where it’s so easy to just email a brand ambassador or take a plane to meet him. In those days, everything was more tedious so for him to have ventured into such a move involved a lot of foresight on his part.

Which five historical models do you think best represent the brand? 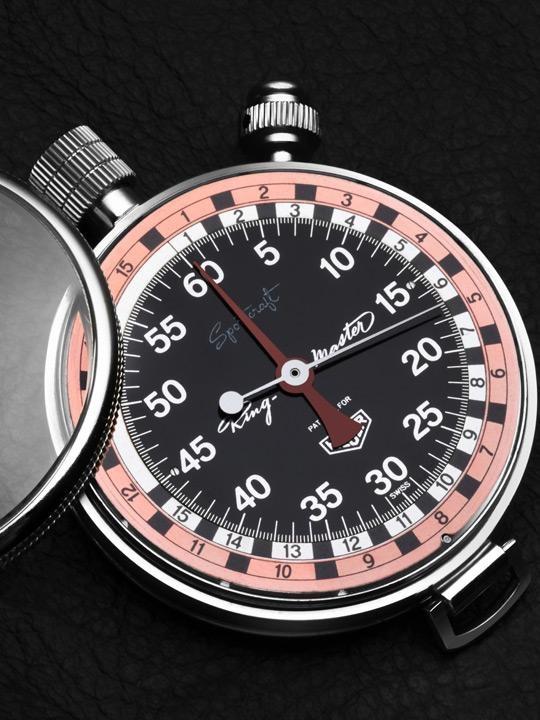 The first would be the Ring Master from 1957. It’s a stopwatch with a glass you can unscrew to change the ring inside and time different disciplines, like a regatta, boxing match or a 100m race. The watch came with seven different rings for six disciplines and one blank one so you could put your own markings and use it to time anything you like, from timing your pasta to something a little sportier. 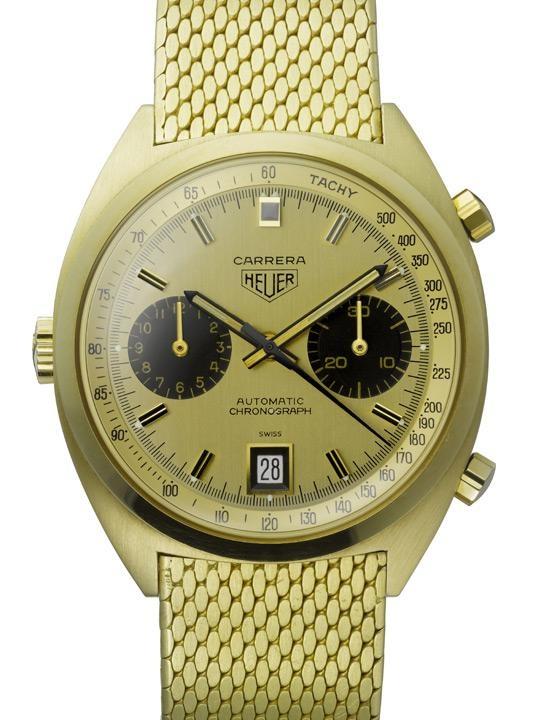 The second watch I’d pick is the gold Carrera that Jack made and offered to the drivers of the 1970s. It has a full gold case and bracelet with champagne dial and black counters—very subtle nuances and colours. I like the link with motor racing because I learnt at TAG Heuer how stressful racing can be. There are so many things that could happen so whatever you can control, you need to control. 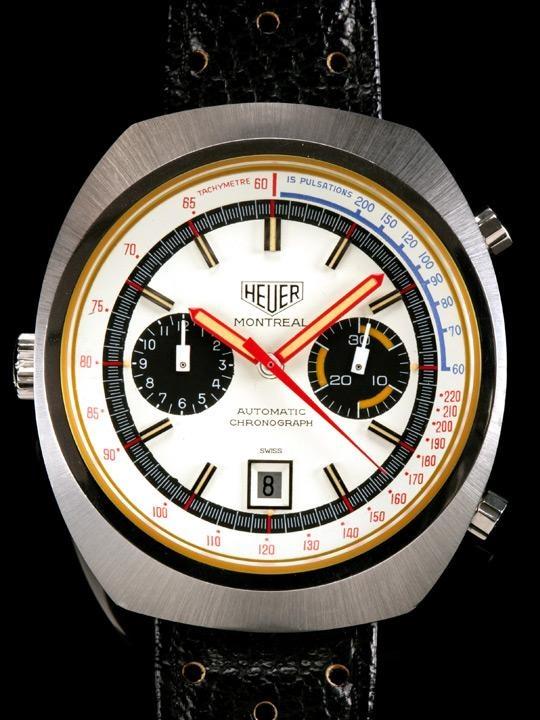 Another one from the 1970s I really like is the Montreal. It’s full of colours and represents the decade really well. It’s like a symphony of freshness. This is a model that’s quite rare—a big watch for big wrists and it’s very enticing.

In the 1950s, we had a very nice moonphase with chronograph and full date. It was probably the most complicated watch we ever made and most of them came in a 14K gold case. I would really love to have one for myself!

The last one is the Mikrograph. As I said earlier, it’s the first stopwatch that is accurate to 1/100th of a second. And if you think about what 1/100th of a second is, it’s impossibly short. But in 1916, they had been able to develop a movement that was accurate enough to show that precision and that’s amazing.

In what capacity and how often does your department contribute to the creation of new watches?
That depends. If you’re talking about the design and development part, then I hope my department would not have to be that involved because that would mean we don’t have enough creativity to develop new watches. Of course there are some re-editions that we’re very happy with, like the Autavia and Monaco, but it would not be healthy if the museum became the source of creativity for the new collections.

Now if you’re talking about how much I help with the new collections, then I have to say, a lot. Because when we develop a new Carrera, we still have to understand the history of the watch. More recently, when we redesigned the Link bracelet, we went through all the designs of the S/el that was launched in 1988 and thought about how to modify it and what to keep as the design code.

{module Get the latest TAG Heuer reviews and comparisons straight to your inbox!}