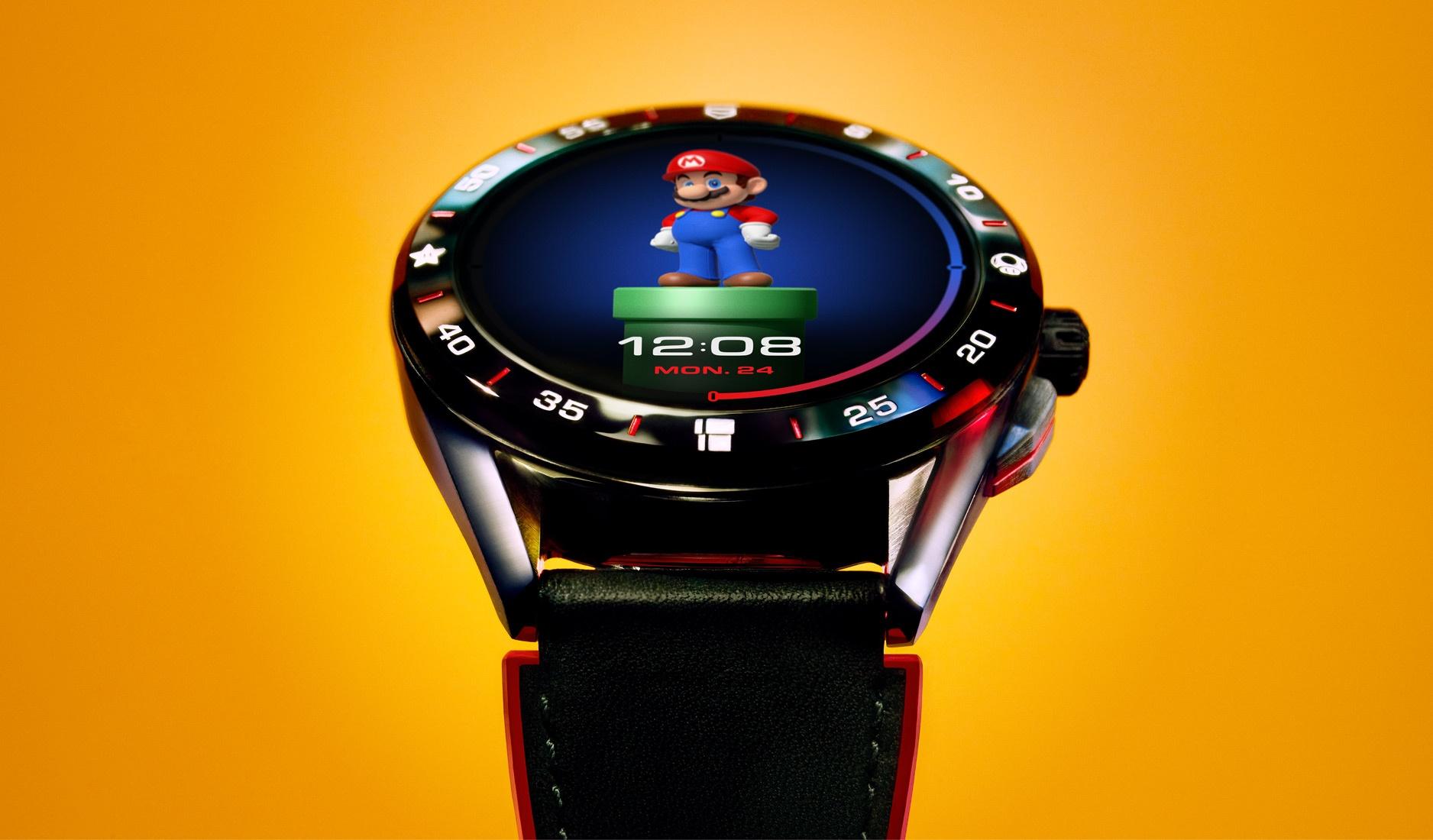 Who doesn’t have a soft spot for Super Mario, the mustachioed and dungaree-clad star from the world’s oldest and most successful video game franchise? If you are among the millions of gamers who have grown up traipsing in the Mushroom Kingdom in the Super Mario games, you’d no doubt be thrilled that the Mario universe is now as immersive in real life, thanks to TAG Heuer’s latest limited edition Connected Watch created in collaboration with Nintendo.

Based on the third-generation range of Connected Watches, the TAG Heuer Connected x Super Mario Limited Edition comes in 45mm steel and is spiked with the game’s beloved symbols, including fiery red accents on the bezel and pushers, as well as the game’s iconic star, mushroom and block symbols at the three, six and nine o’clock positions.

More importantly, the watch is wired with the collection’s latest tech features that include high-resolution OLED display, Bluetooth 4.1 and wi-fi connectivity, as well as sensors for heart rate monitor, compass, accelerometer, metrics and recorded activities. Indeed, it is the latter features that boost fitness tracking functionality where the watch’s Super Mario-themed capriciousness shines. 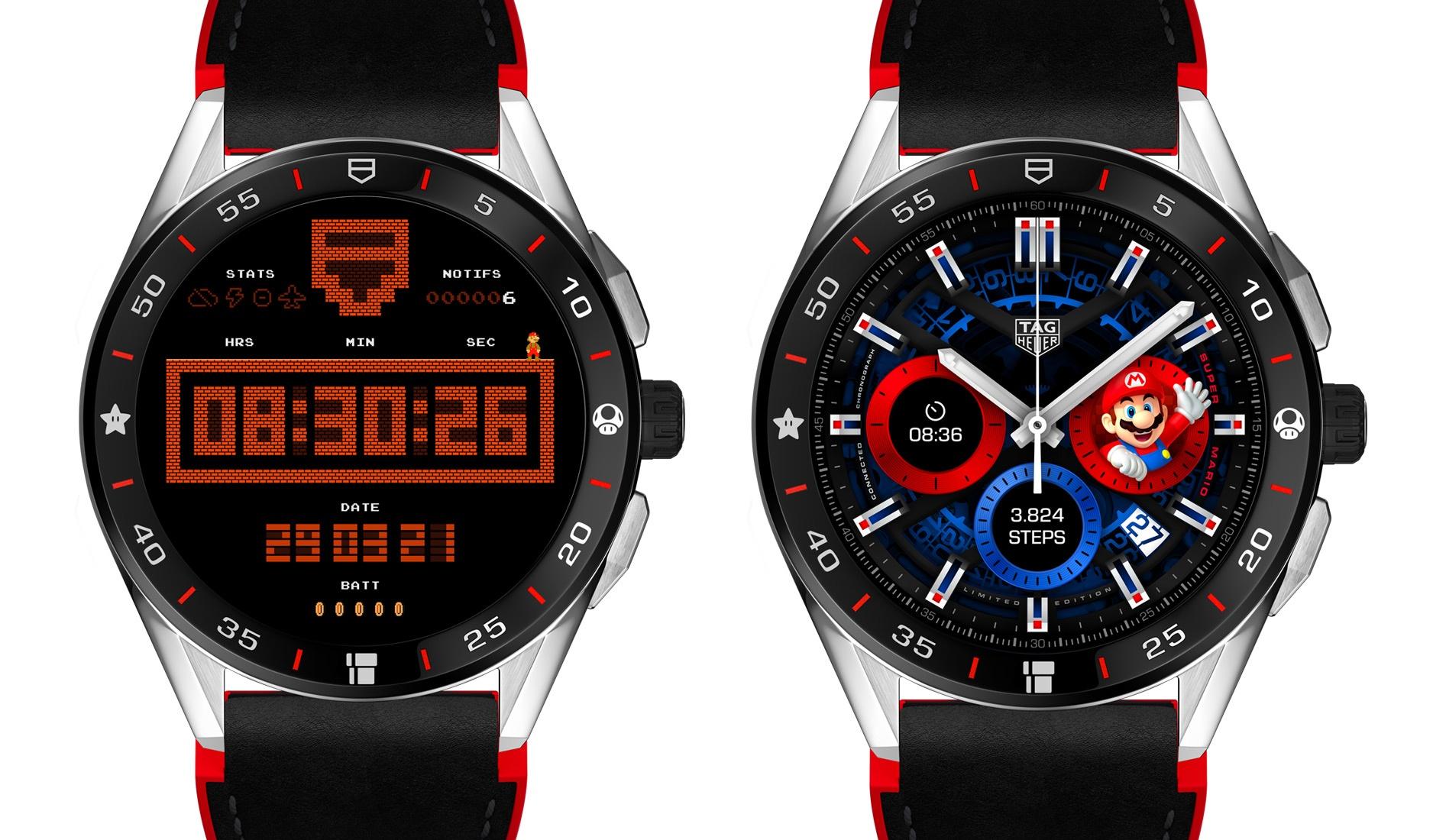 Just as it were in a Super Mario game, the wearer is on a mission – only this time the goal is to increase your physical activities and improve health. The dial display that features the iconic character at three o’clock will become livelier and more animated as the wearer gets more active.

Based on the gamification rewards system, the dial features animations such as Mario greeting you with a salute in the morning, or depicting the character climbing the Goal Pole when you hit your daily step count. Throughout the day, you get to be entertained with different animations as you achieve different stages of your step count. 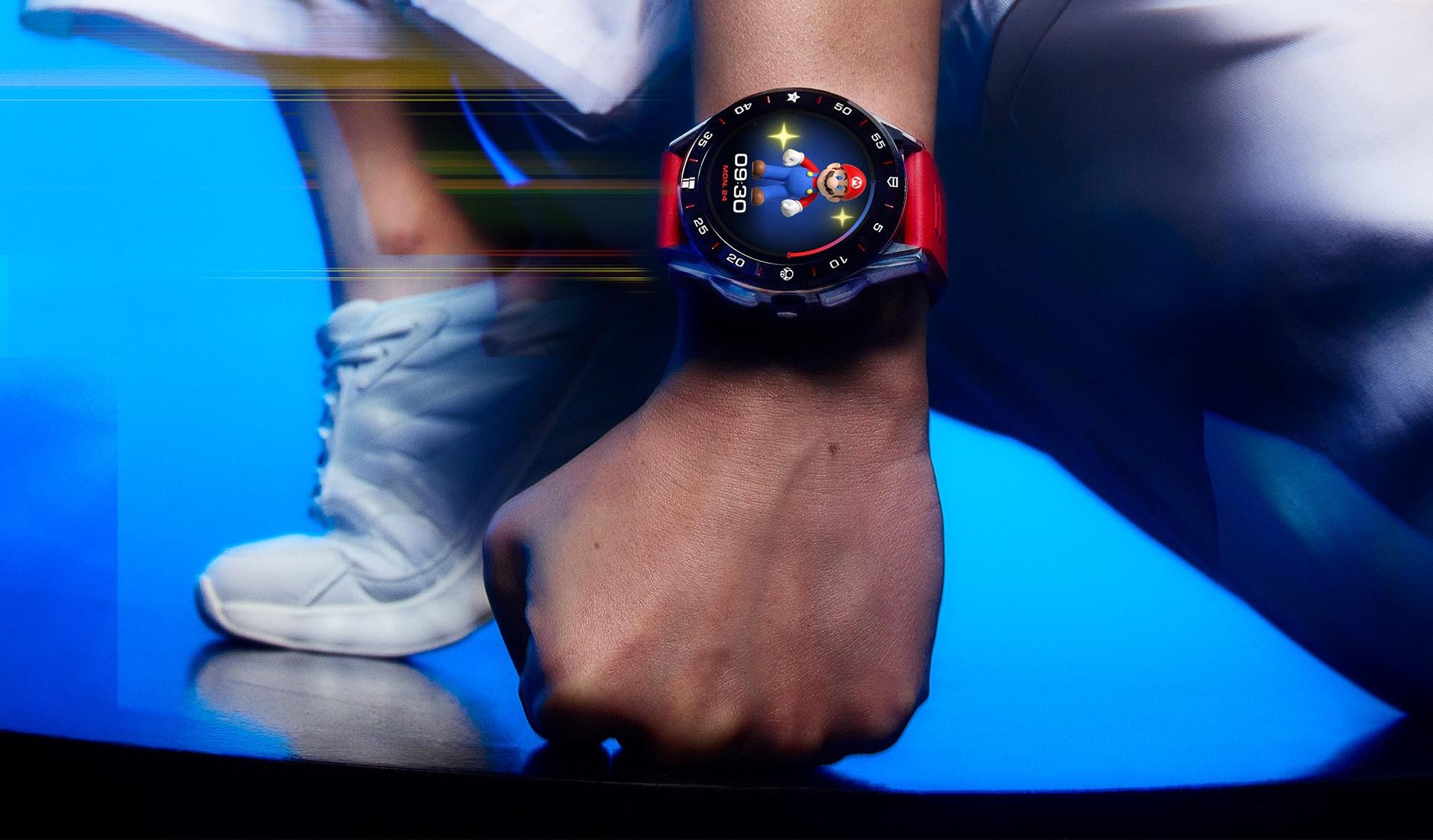 “The inspiration for this collaboration came from our desire to gamify and bring excitement to our new wellness application and Super Mario instantly came to our minds. And it’s not just his international and intergenerational appeal that clinched it. Mario is the ultimate super-active character whose perseverance and tenacity get him out of every situation. With this Super Mario limited-edition smartwatch, they can add a bit of fun and originality to their activities and wellness,” say Frédérique Arnault, CEO of TAG Heuer.