A modern re-imagining of the cult-ish Monaco ‘Dark Lord’.

You know how the saying goes: “It’s hip to be square”. It would’ve been a frivolous and tired cliché if it wasn’t the TAG Heuer Monaco we are talking about. 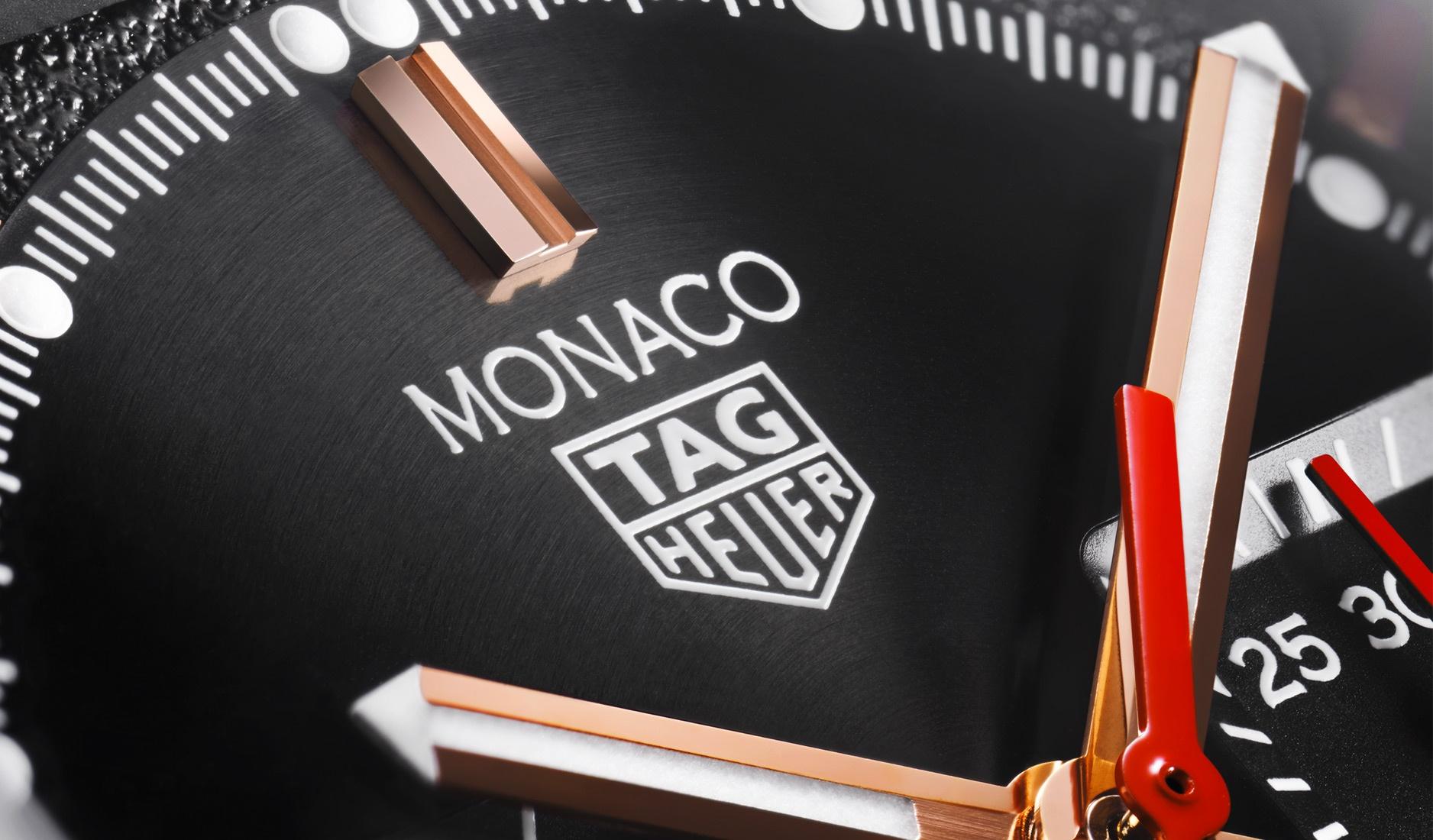 Save for some far-out offerings over the years, like the Monaco V4 from 2004 and Monaco V4 Tourbillon from 2014, which premiered revolutionary belt-driven movements that endowed the watches with a futuristic aesthetic, the Monaco’s angular silhouette framing its bi-compax chronograph interface has been largely adhered to. Even so, there have been several iterations that stood out for collectors – such as the Monaco ‘Dark Lord’ from the 1970s, which TAG Heuer appears to be resurrecting with the new Monaco Formula 1 Grand Prix Special Edition.

Brimming with enigmatic allure, the Monaco Formula 1 Grand Prix Special Edition is sheathed in monochromatic mystique, from its black sand-blasted DLC titanium case to its raven two-textured dial featuring circular and grained finishing. The look is complemented by rose gold-plated hands and indices, and red chronograph hands on the dial, as well as a black alligator strap. Incidentally, prior to the Monaco Formula 1 Grand Prix Special Edition, titanium was used only on one other Monaco chronograph, the limited edition ‘Titan’ model from 2021, which F1 driver Max Verstappen wore during his 2021 Formula 1 World Championship campaign. Light and tough in equal measure, titanium seems to be the perfect material for a sports chronograph and it is curious why TAG Heuer had taken so long before featuring it on a Monaco watch. 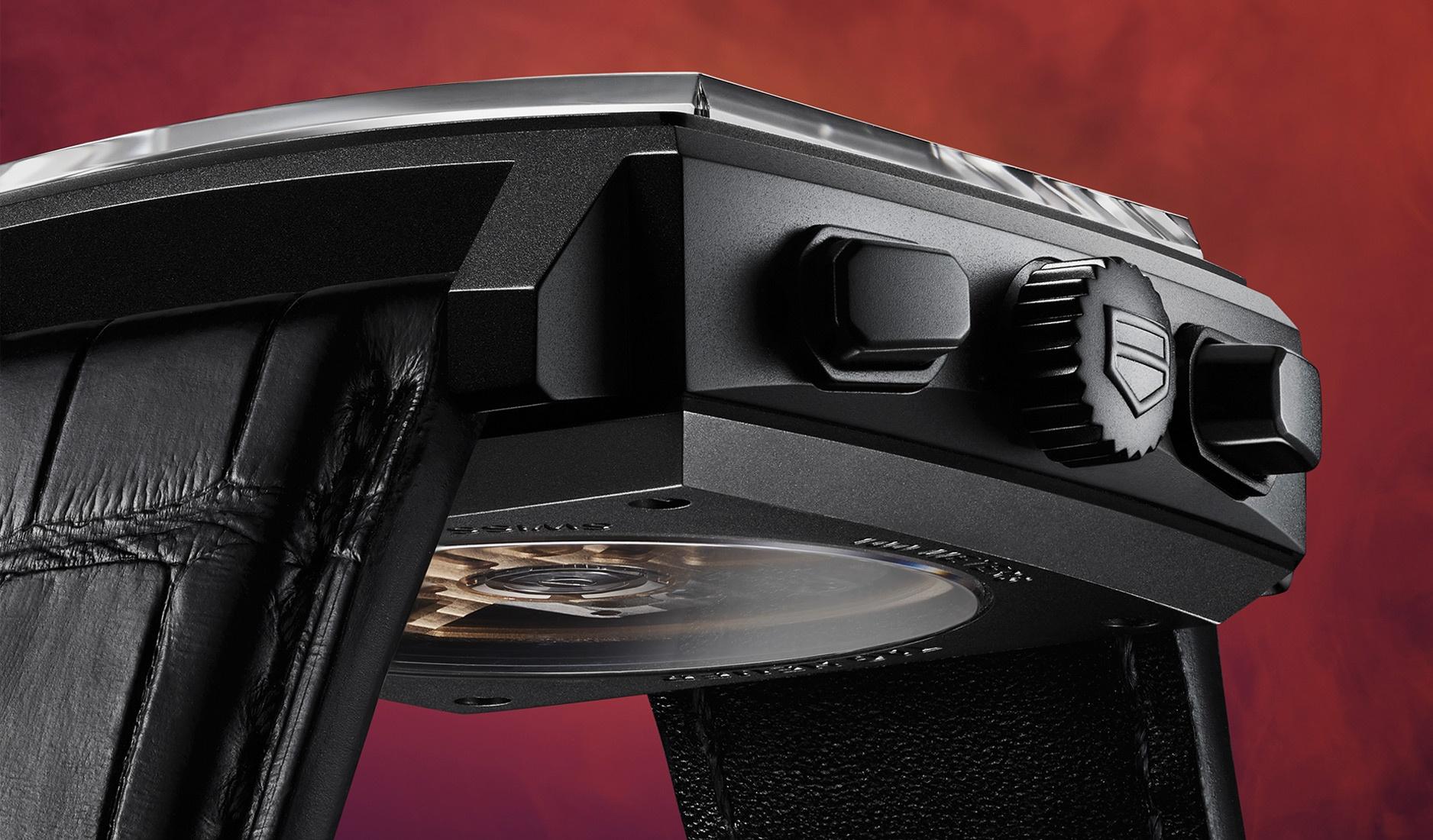 Under the hood, the Monaco Formula 1 Grand Prix Special Edition is appropriately pimped up with the Calibre Heuer 02 movement. A new-generation automatic chronograph movement built based on the original CH80 blueprint, the Calibre Heuer 02 boasts column wheel control and 80 hours of power reserve. This same engine now powers a wide assortment of TAG Heuer models from the Autavia and Carrera collections and, for the Monaco Formula 1 Grand Prix Special Edition, has been luxed up with a rose gold-plated rotor that you can admire from an open caseback. 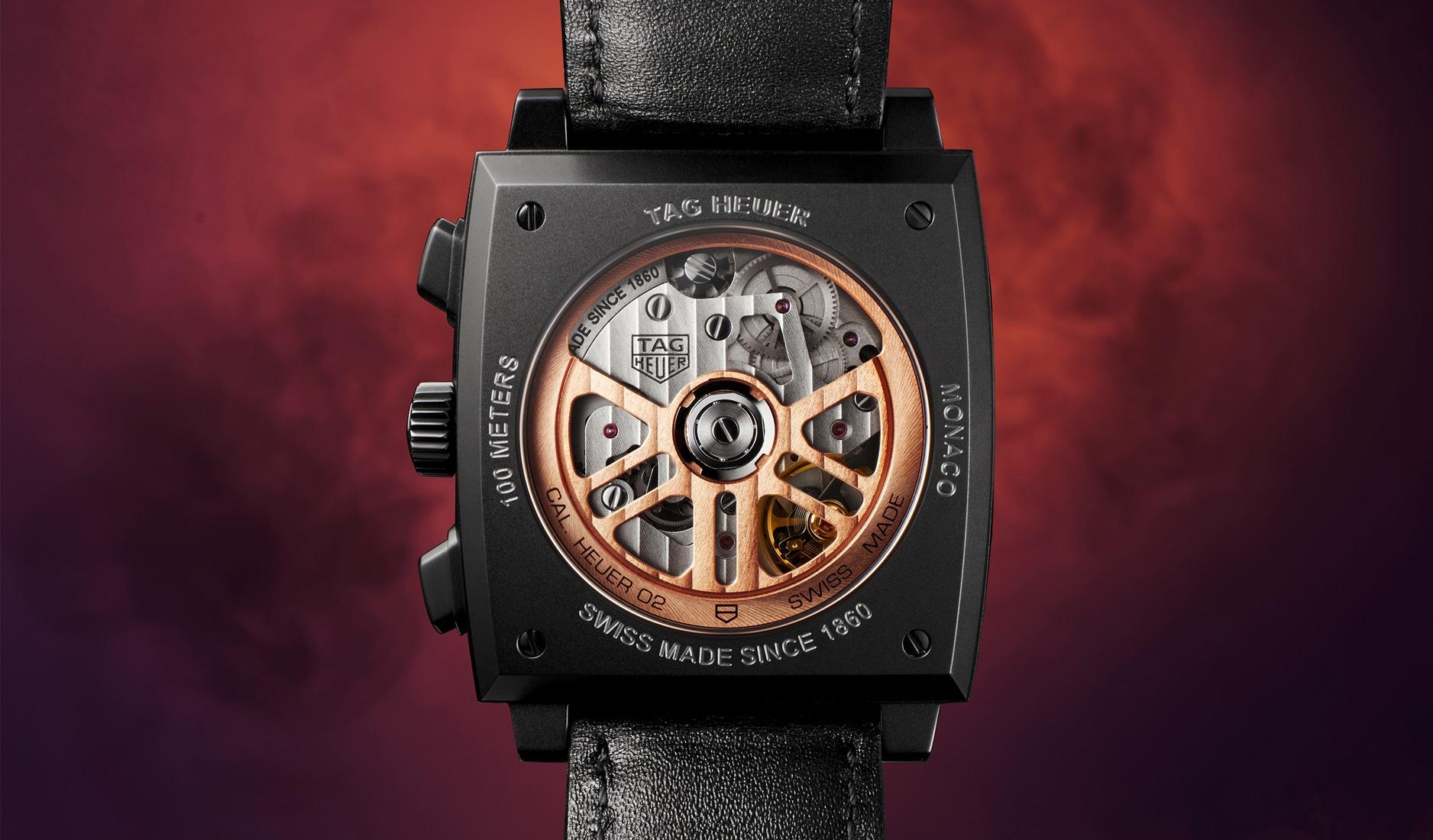 Anchored by the Monaco’s unmistakable shape while exuding newfound swag, thanks to its ravishingly raven cloak, this is as close to a modern upgrade on the iconic Monaco ‘Dark Lord’ as it gets. 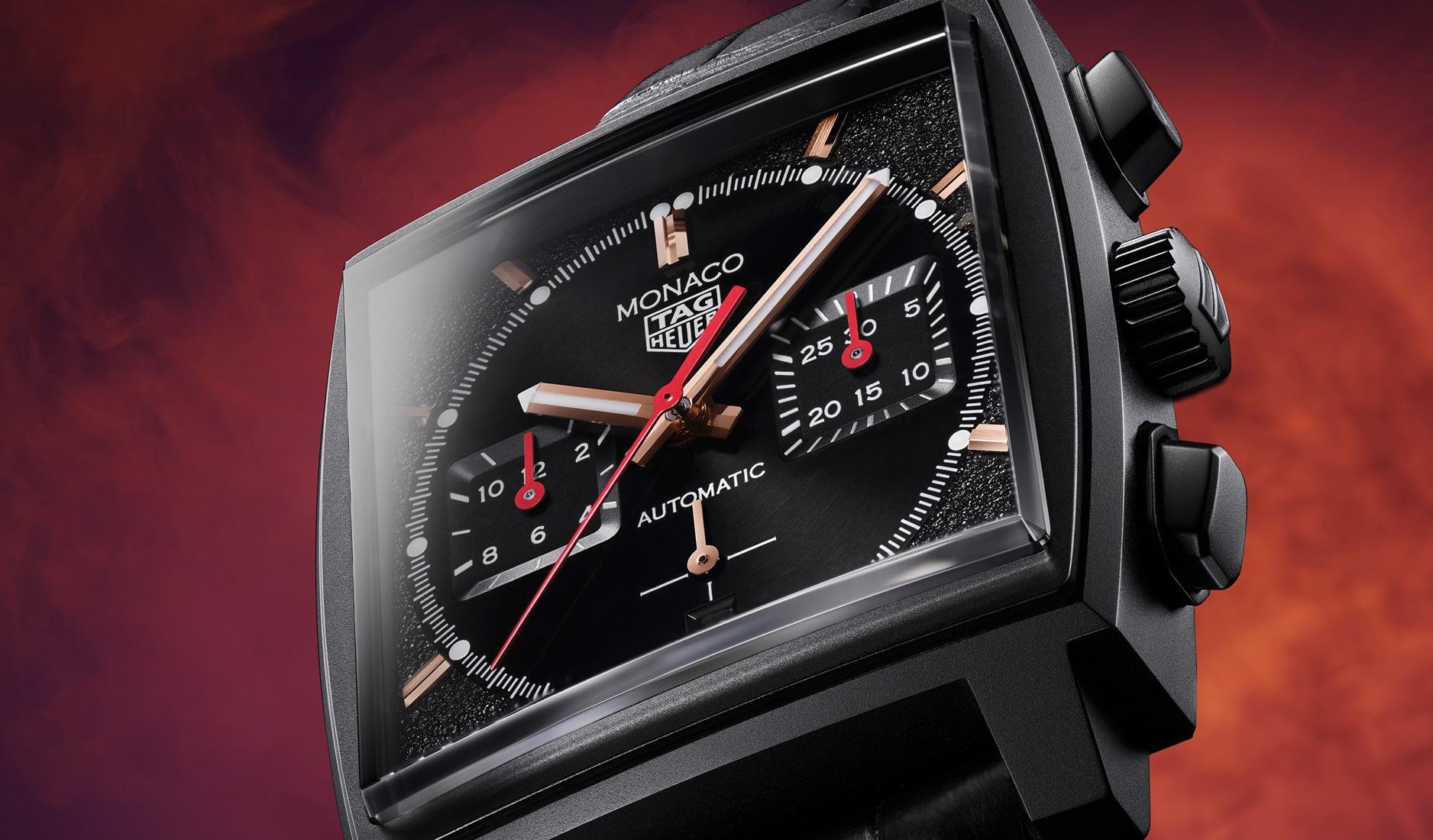