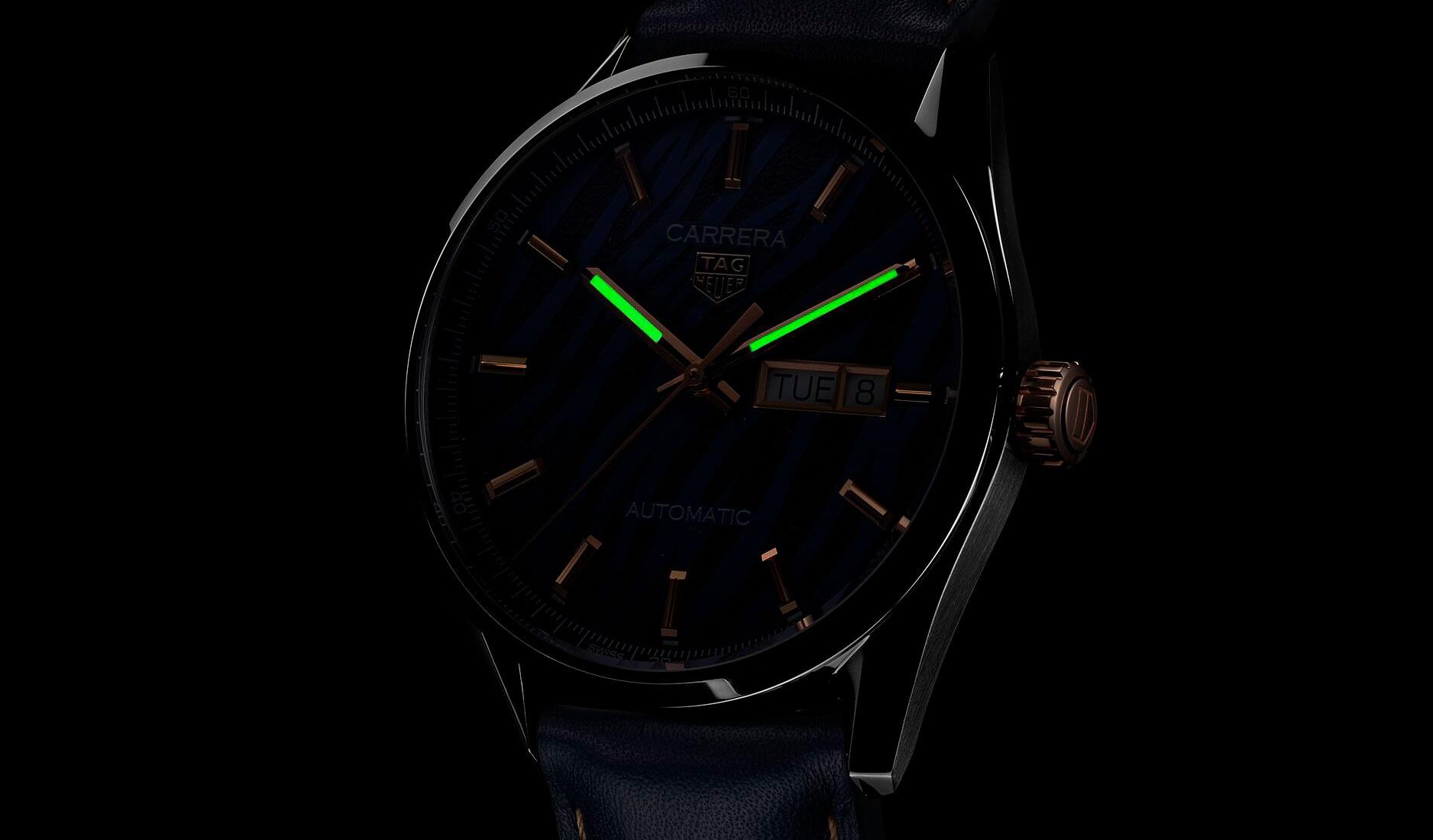 With the Lunar New Year beckoning, watch brands are undoubtedly racing to release their homage to this year’s zodiac animal, the tiger. In fact, you’ve probably already seen several of them, showcasing the roaring feline in all its majesty.

TAG Heuer, however, has chosen to go down a different route, taking the most marked characteristic of the animal—in this case its stripes—and featuring it as the highlight on the dial of the new Carrera Year of the Tiger Limited Edition. 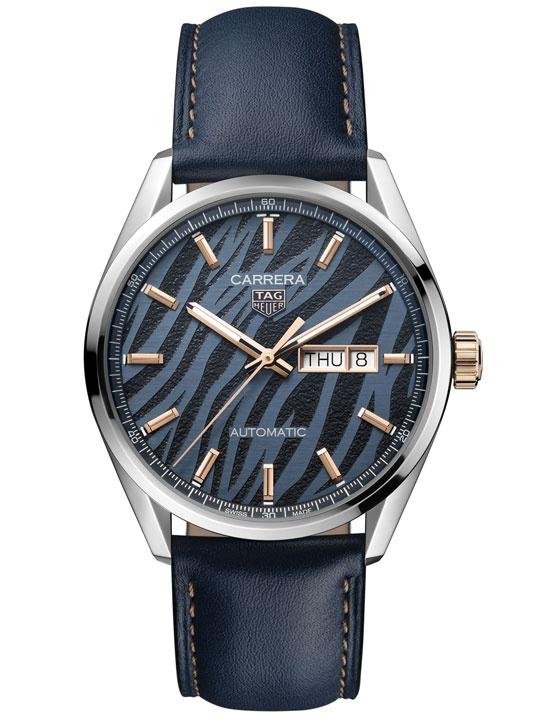 The tiger’s stripes are presented in two tones for contrast and depth, with the lighter blue stripes made of horizontally brushed metal in blue PVS, and the darker stripes in a painted textured metal.

Also paying tribute to the tiger’s burnished coat are 18K rose gold plated accents in the form of the crown, indices, hands, day and date apertures, as well as the TAG Heuer logo at 12 o’clock. The same hue is also replicated in the stitching of the blue calfskin strap. 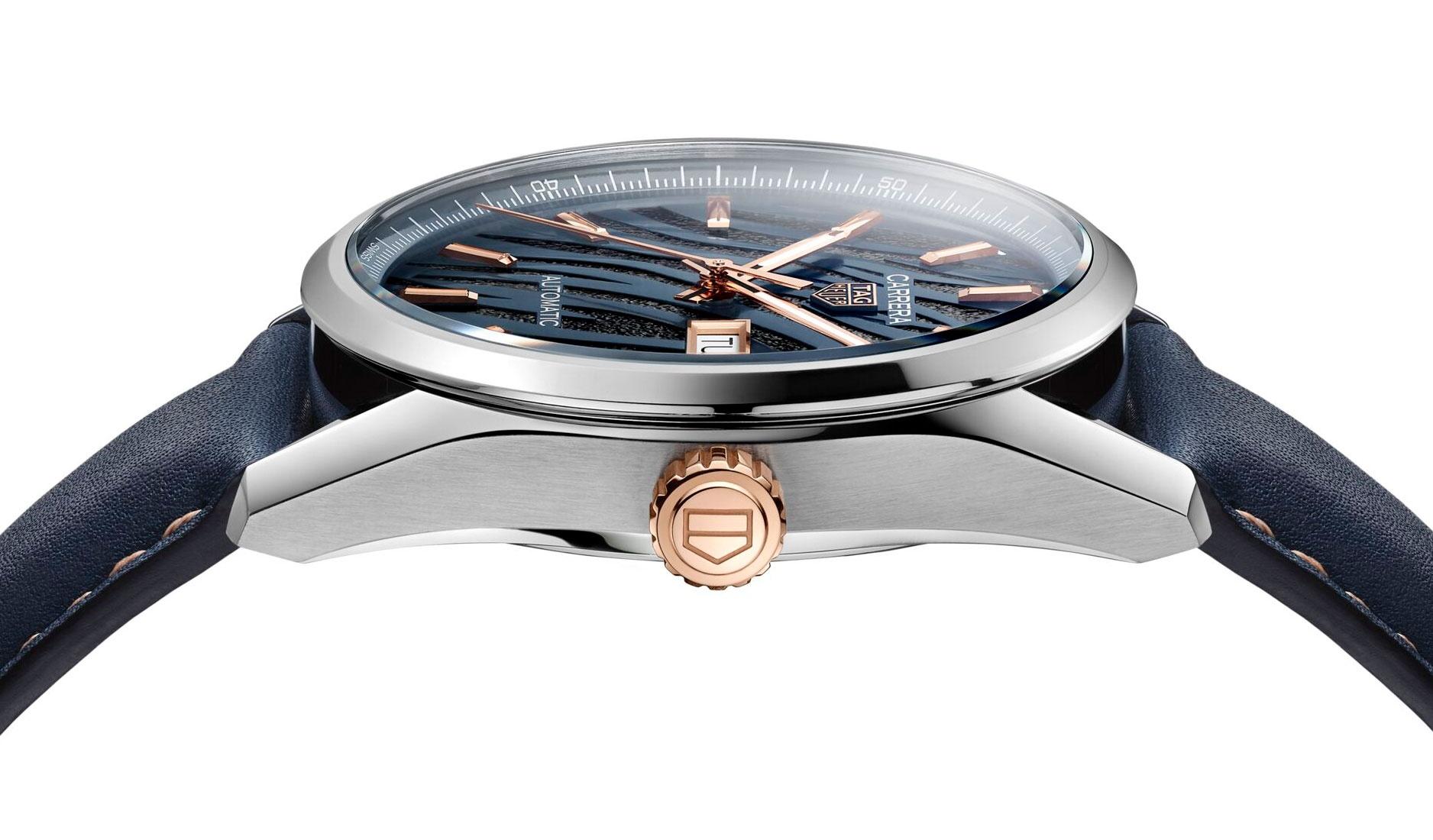 But with a sporting icon like the Carrera with all its racing glory, it might be a missed opportunity not to feature the dexterity of the tiger at all. So as not to interfere with the stylised take of the animal on the dial, the designers opted to display the tiger in its natural ferocity on the sapphire caseback as a blue and black decal. 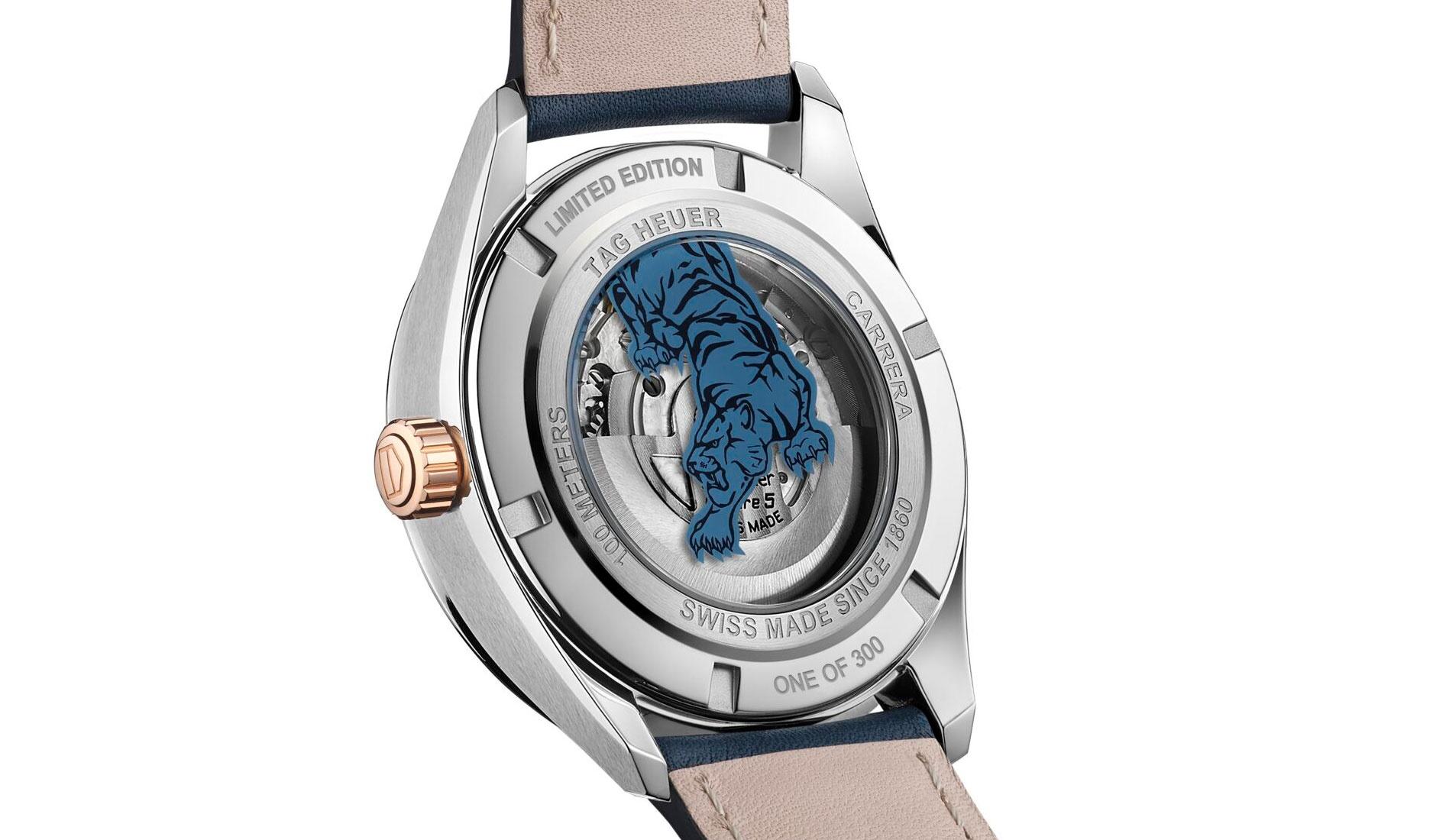 Limited to 300 pieces, with each watch bearing the engraving, ‘One of 300’, this 41mm Carrera Year of the Tiger Limited Edition completes the range of TAG Heuer’s new Carrera Three Hands. Like the others, it runs on the in-house self-winding Calibre 5 and has a water resistance of 100m. 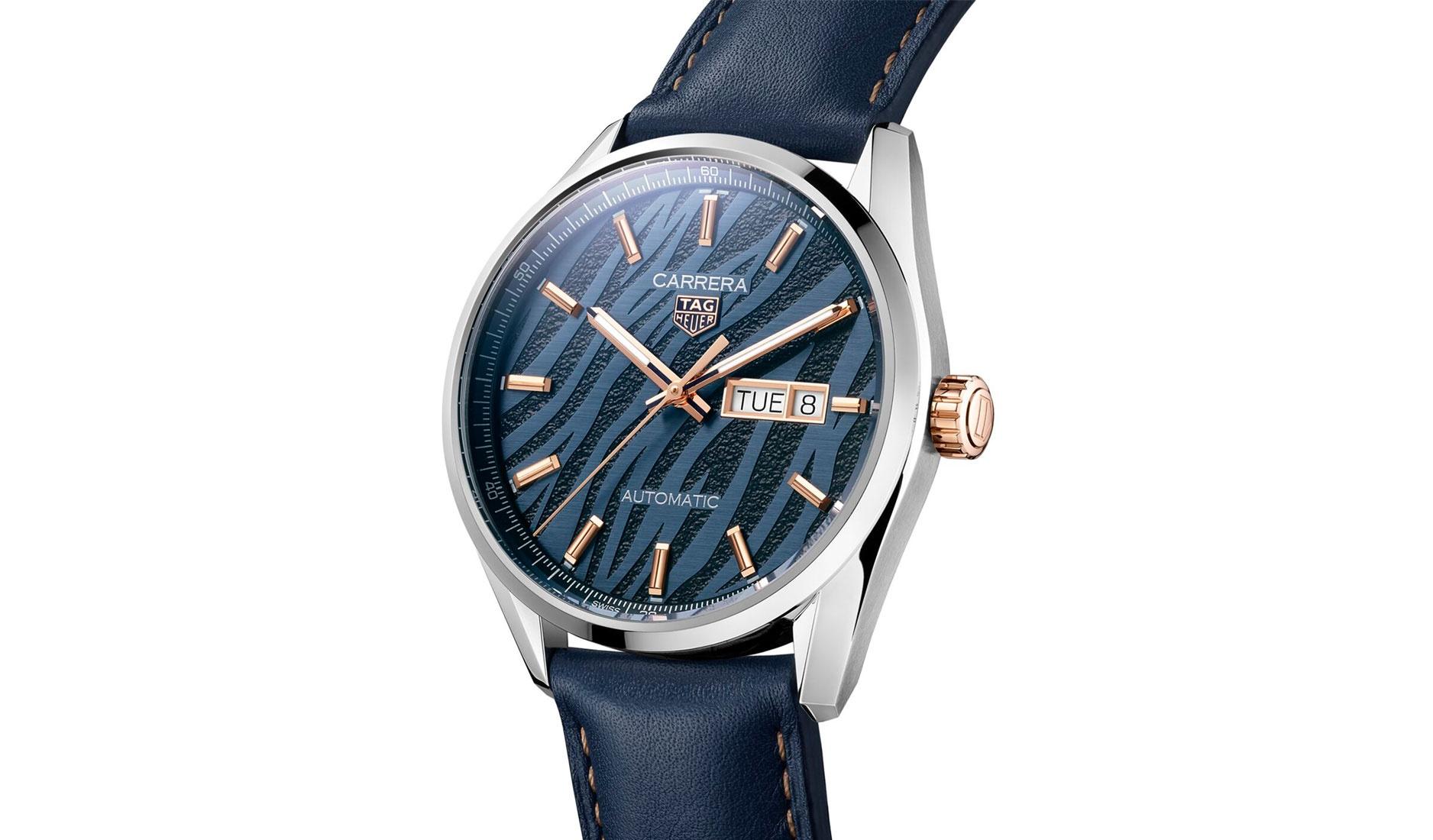 While not the first tiger watch we’ve seen this year, and certainly not the last, the Carrera Year Of The Tiger Limited Edition is a refreshing take on a zodiac timepiece that’s subtle in the front yet means business in the back. A nod to the personalities perfectly suited for this timepiece, perhaps?